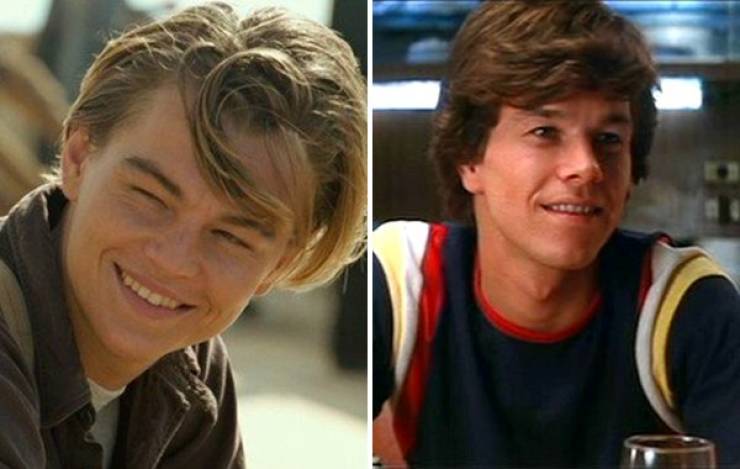 Leonardo DiCaprio wished he’d accepted the role of Eddie Adams/Dirk Diggler in Boogie Nights (which later went to Mark Walhberg) because of how much he loved the movie. He accepted the part of Jack Dawson in Titanic instead, saying “I think they’re both great and wish I could have done them both.” 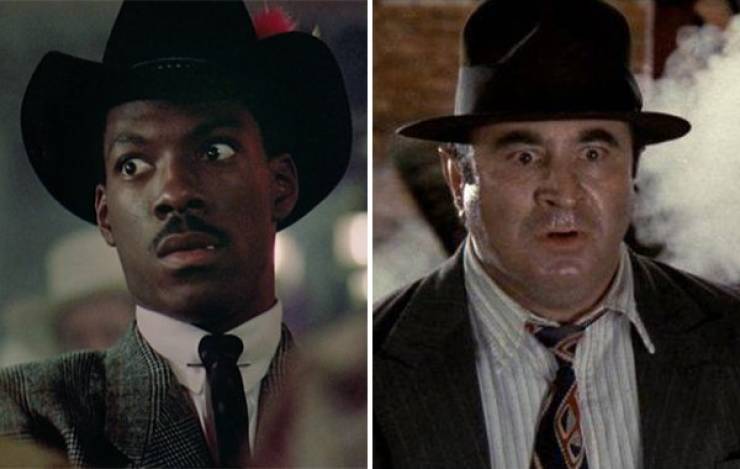 Eddie Murphy said the only role he turned down that became a big hit was Eddie Valiant in Who Framed Roger Rabbit. He told Jimmy Fallon that he wasn’t interested in doing a movie that combined live-action with animation, but he regrets the decision whenever he sees the movie playing. 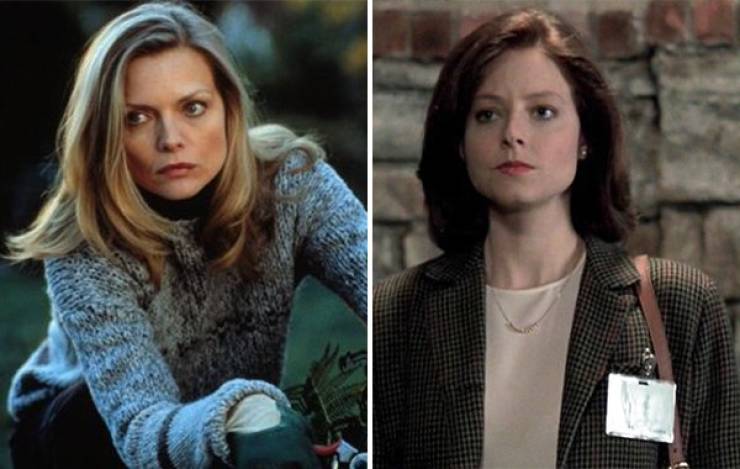 Michelle Pfeiffer turned down the role of Clarice Starling in The Silence of the Lambs because “there was such evil in that film.” The role went to Jodie Foster, and Pfeiffer later regretted that she missed out on doing another movie with director Jonathan Demme. 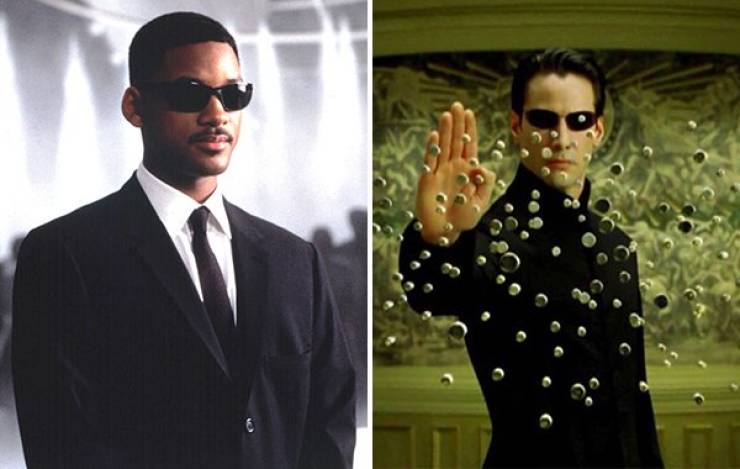 Will Smith said he would like to travel back in time and tell himself to take the role of Neo in The Matrix instead of doing Wild Wild West. He told Fox Chicago, “I would say, ‘”@$$hole, why didn’t you do The Matrix?’” 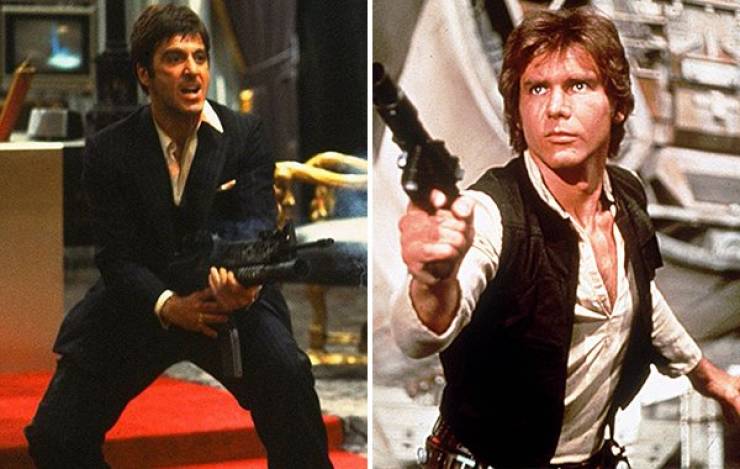 Before the role of Han Solo in Star Wars went to Harrison Ford, Al Pacino turned it down, saying “I remember not understanding it when I read it.” He, of course, considered it a “missed opportunity” when Star Wars blew up. 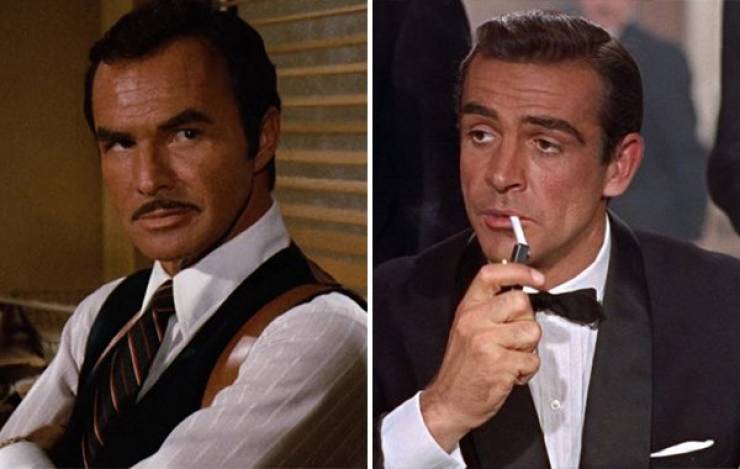 Burt Reynolds turned down replacing Sean Connery as James Bond because he didn’t think people would accept an American in the role, but he later said that was a “stupid thing to say.” He told USA Today, “I could’ve done it, and I could’ve done it well.” 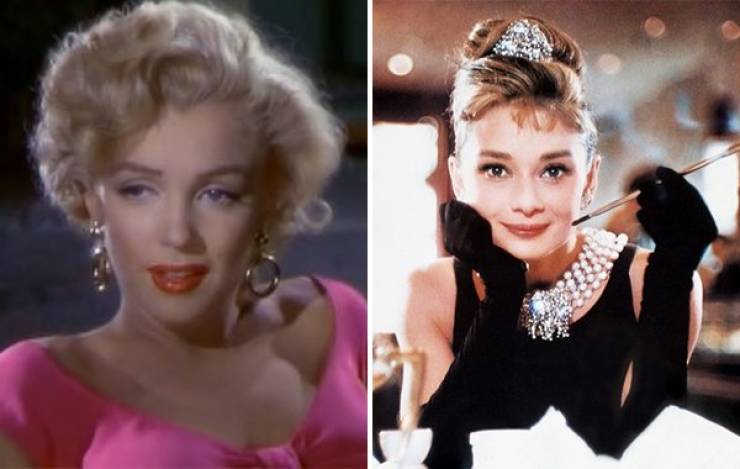 Marilyn Monroe turned down the role of Holly Golightly in Breakfast at Tiffany’s because it’s implied that the character is a “call girl,” and Marilyn was advised that playing Holly would tarnish her image. Instead, she chose to do the movie The Misfits, which was written by her husband Arthur Miller and allegedly led to the end of their marriage. 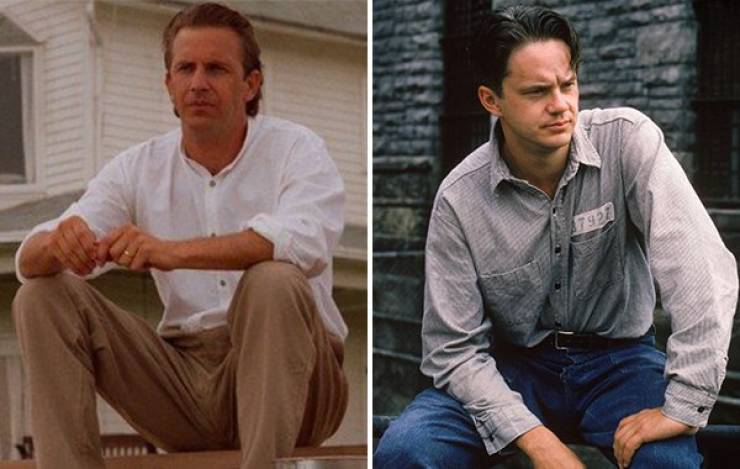 Kevin Costner said he regrets turning down the role of Andy Dufresne in The Shawshank Redemption. He couldn’t accept the role because he was too busy filming Waterworld. 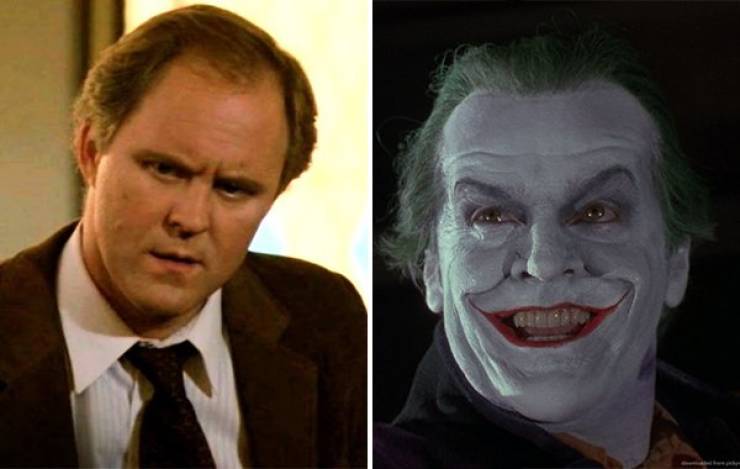 John Lithgow turned down the role of the Joker in Batman because he didn’t realize what a big deal the film would be. He told Vulture, “I was doing M. Butterfly on Broadway, and it was an exhausting show. It would have meant leaving that show and going right into a movie, and I said, ‘I just don’t think I can.’ How about that for stupid? Actors are not necessarily smart people.” 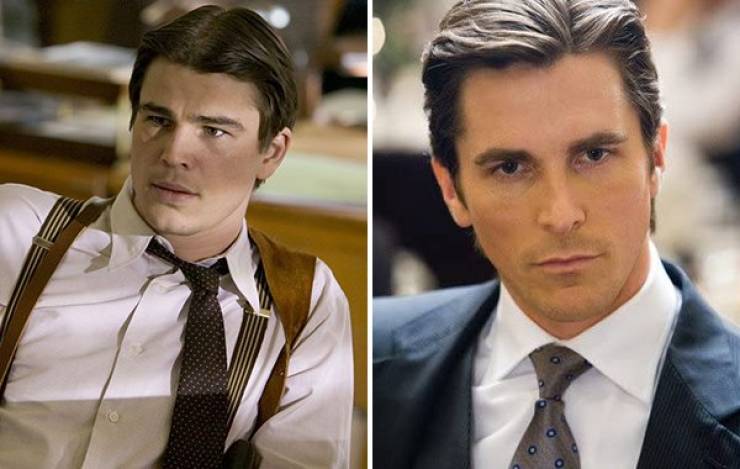 Josh Hartnett wished he’d accepted the role of Bruce Wayne in Batman Begins because it would’ve enabled him to form a professional relationship with director Christopher Nolan. He told the Guardian, “I decided it wasn’t for me. Then he didn’t want to put me in The Prestige. They not only hired their Batman [Christian Bale] for it, they also hired my girlfriend [Scarlett Johansson] at the time.” 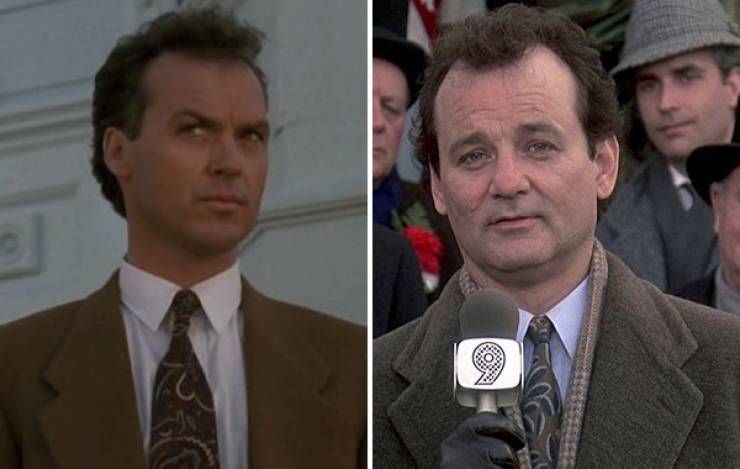 Michael Keaton regretted passing up the role of Phil Connors in Groundhog Day that ultimately went to Bill Murray. At the time, he didn’t quite “get” the script. He told EW, “This guy sounds like the kind of wry, sardonic, glib young man I’ve played — and it ended up being so great.” 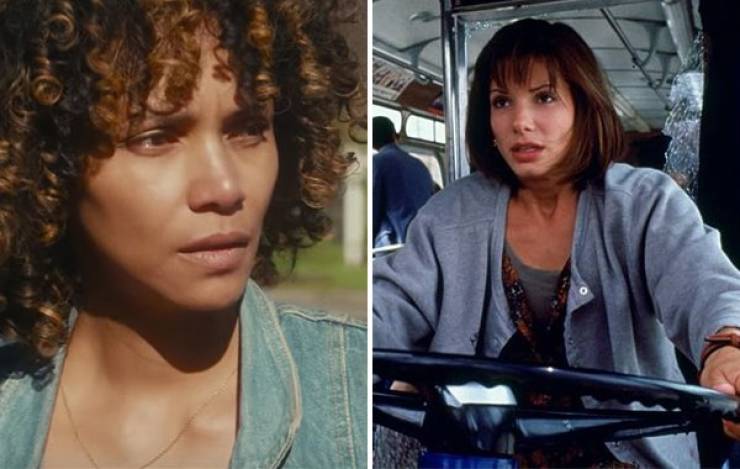 Halle Berry admitted she “stupidly said no” to the role of Annie Porter in Speed. The role went to Sandra Bullock. She told People, “But in my defense, when I read the script, the bus didn’t leave the parking lot. I was like no, no, no, no. Then I see the movie and I’m like, ‘Arrrrghh.’” 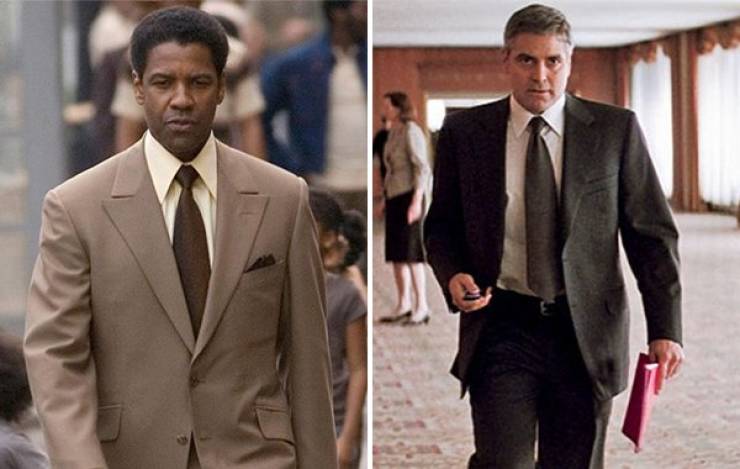 Denzel Washington said he was wrong to be nervous about working with a first-time director when he turned down the role of the titular character in Michael Clayton, saying it was “the best material I had read in a long time.” 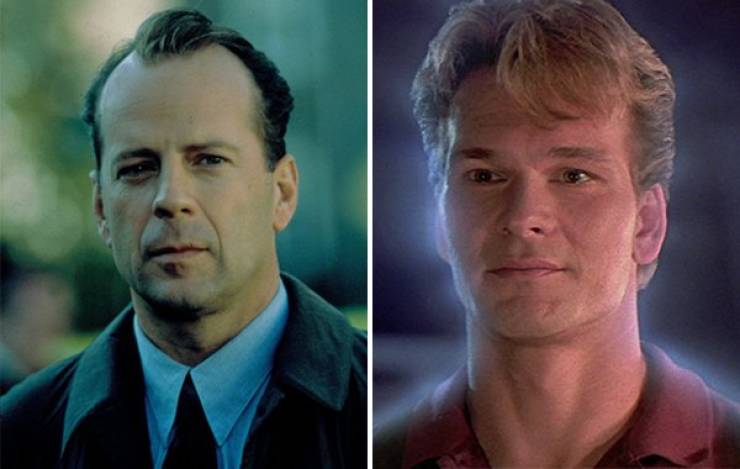 Bruce Willis called himself a “knucklehead” for turning down the role of Sam Wheat in Ghost, which ultimately went to Patrick Swayze. He told the New York Times, “I just didn’t get it. I said, ‘Hey, the guy’s dead. How are you gonna have a romance?’ Famous last words.”

Christina Applegate got scared of being typecast as a “dumb blonde” after playing Kelly Bundy on Married…with Children and therefore turned down the role of Elle Woods in Legally Blonde. The role went to Reese Witherspoon, and Applegate later said it was “a stupid move” for her to turn it down. 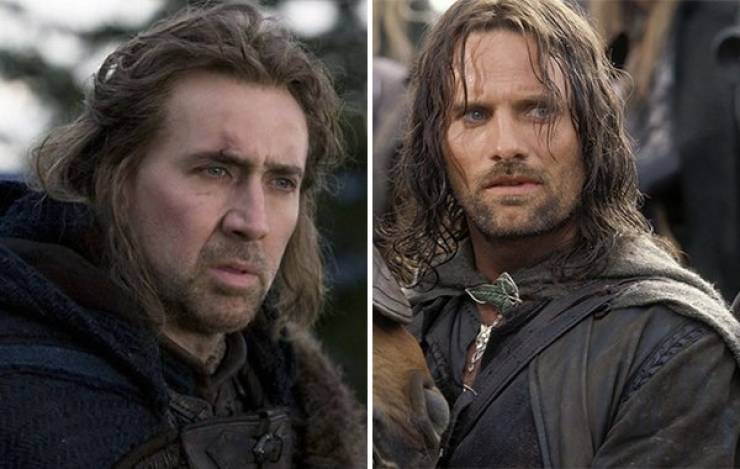 Nicolas Cage said he “would have benefitted from” taking the role of Aragorn in The Lord of the Rings: The Fellowship of the Ring, which later went to Viggo Mortensen. 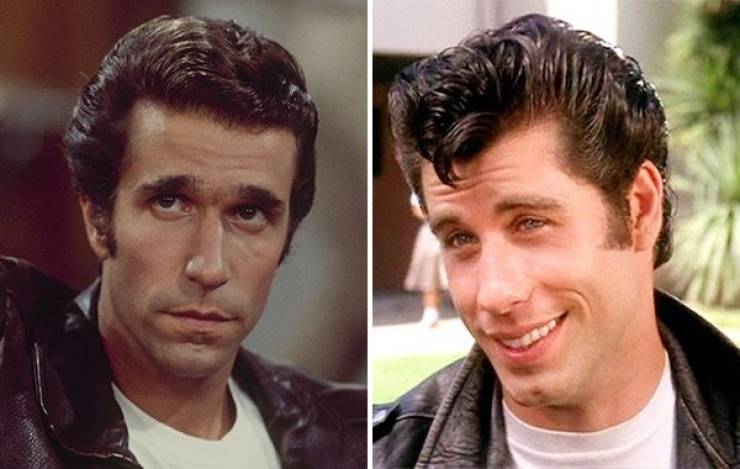 Henry Winkler regretted turning down the role of Danny Zuko in Grease because “John Travolta went on to buy his own plane, and I just went home…But I decided I didn’t want to be typecast [since he was already playing the Fonz]. But what I didn’t realize was that I already was.”