18 “Femme Fatale” Actresses From The Past VS. Now 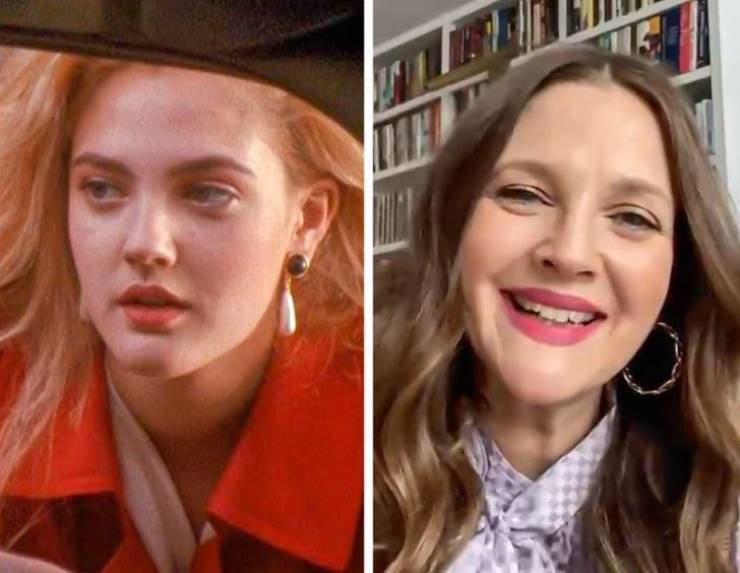 In Poison Ivy, shy Sylvie meets bright and coquettish Ivy, portrayed by Drew Barrymore. But her new friend wants to get Sylvie’s father and his wealth.

Currently, the actress produces new movies, acts in TV series, and hosts her own show. 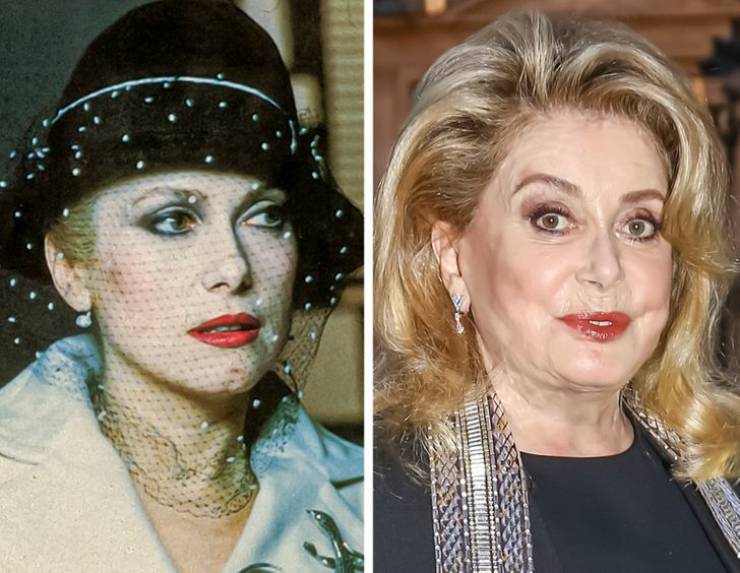 Miriam, portrayed by Catherine Deneuve in movie The Hunger, is an immortal vampire who gets rid of her lovers in cold blood when they begin to grow old. And her new lovers won’t find a happy future either.

At 77, Catherine is still a very sought-after movie actress. 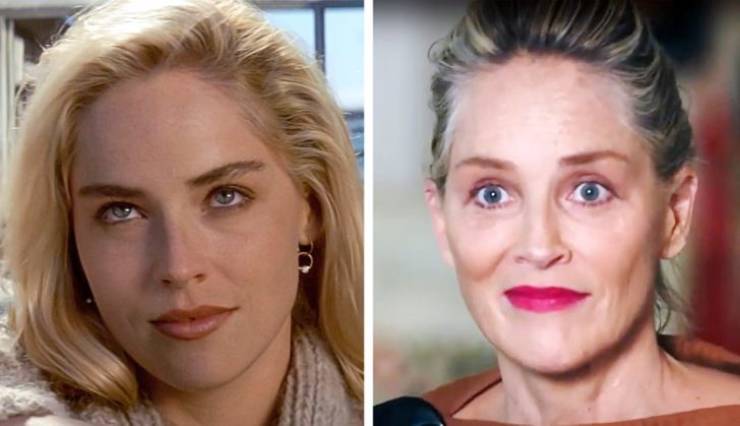 When you hear “femme fatale in a movie,” many people immediately recall Catherine from the thriller Basic Instinct. The mysterious writer who skillfully manipulated policemen left an indelible mark on the hearts of viewers.

The heroine was portrayed by Sharon Stone who published her biography this year. 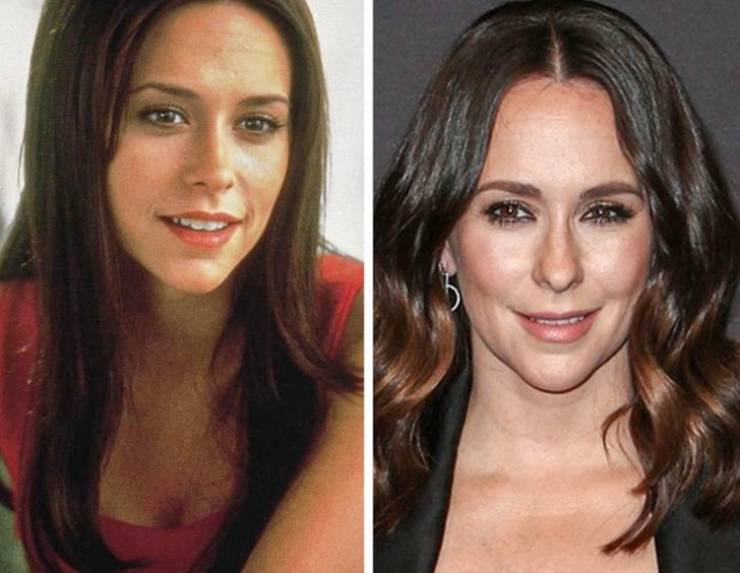 Page from Heartbreakers is the daughter of the scammer who hunts wealthy men. Together they are ready to do anything to get those men’s money. But one day, things don’t go as planned. 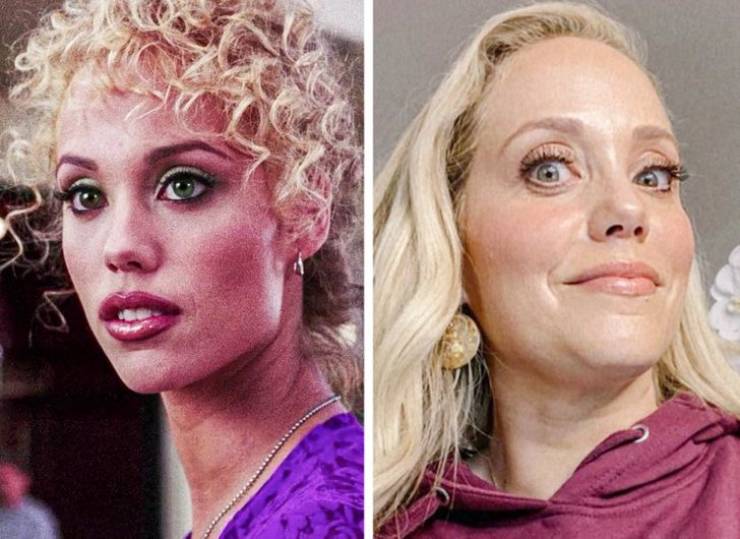 The main heroine of the movie Showgirl arrives to conquer Las Vegas. She dreams of dancing in the most popular show in the city but on the way to her dream she has to win the heart of the show manager and get rid of her main competitor. 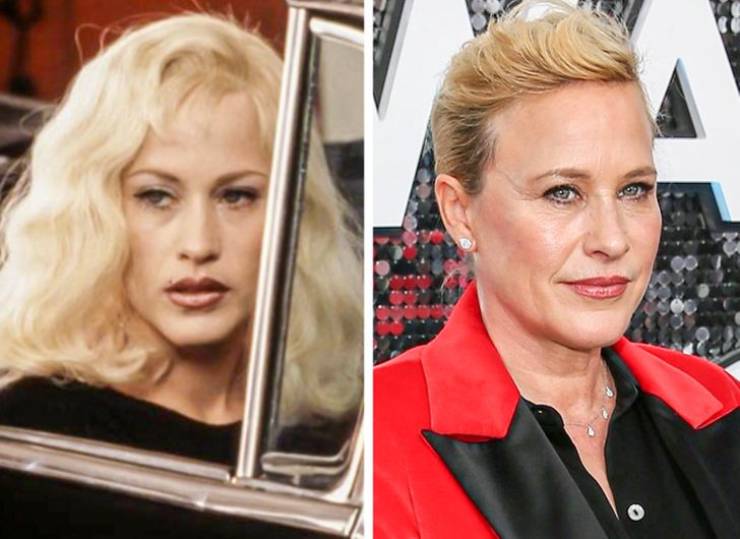 Movie Lost Highway brought another femme fatale, who was portrayed by Patricia Arquette, to viewers. Alice is a gangster’s girlfriend, and she’s not very faithful. She starts an affair with a car mechanic which leads to some pretty bad consequences.

Nowadays the actress participates in different movies and TV series. 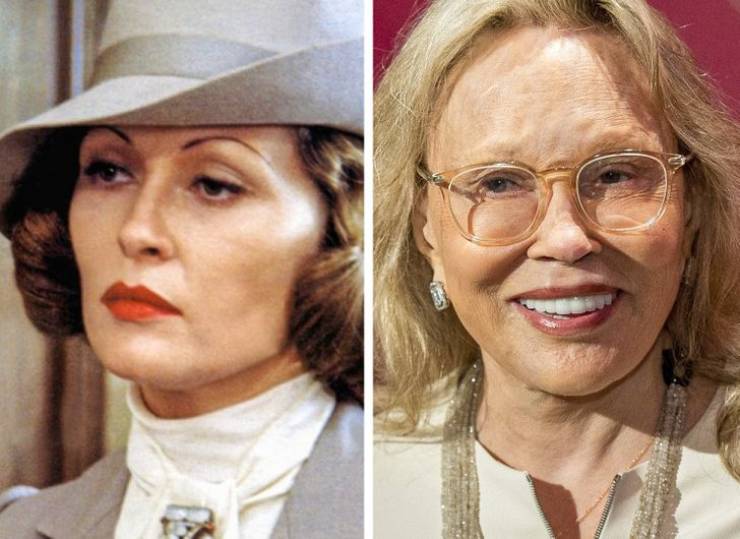 Evelyn from Chinatown is a beautiful and rich woman who turns to a private detective to expose her husband’s infidelity. This way, he finds himself caught up in a web of deceit, corruption, and murder.

At 80, Faye Dunaway is still a popular actress. 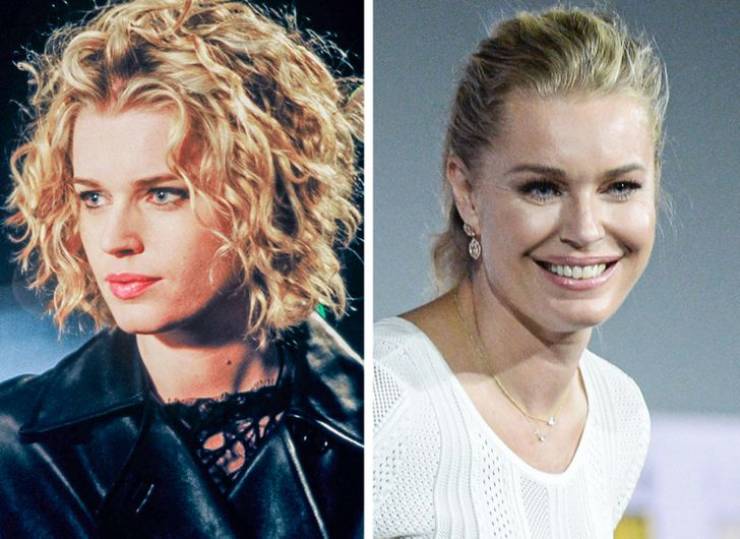 Movie Femme Fatale tells the story of Laure who doesn’t have very high moral standards. After participating in a big con, she has to hide under the name of a different woman. 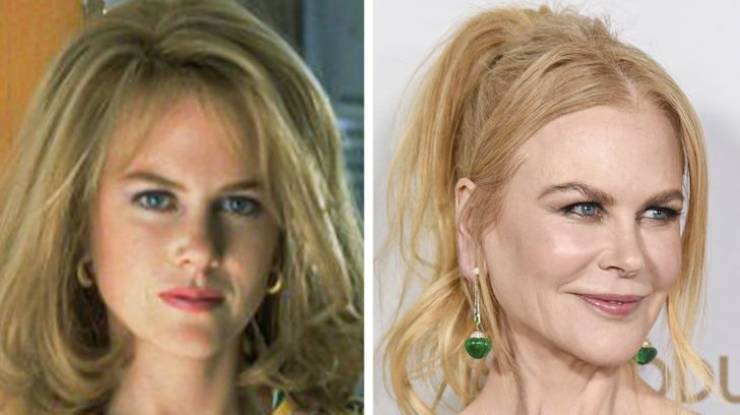 All Suzanne, from the movie To Die For, wants is to build her television career. And she’s ready to do anything for it. Suzanne starts an affair with a high school guy and manipulates him to achieve her goals. She needs crime for the sake of sensation.

The main part of the heroine was played by Nicole Kidman who is a very sought-after actress and who often appears on the big screen. 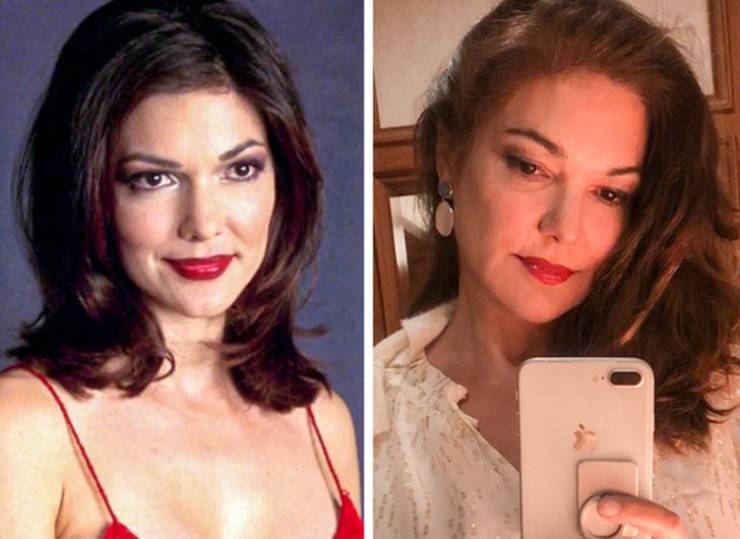 Laura Harring played 2 roles in the cult movie Mulholland Drive: one of the scared Rita and the other of the charming Camilla. The latter doesn’t care about other people’s feelings which leads to an unpredictable finale. 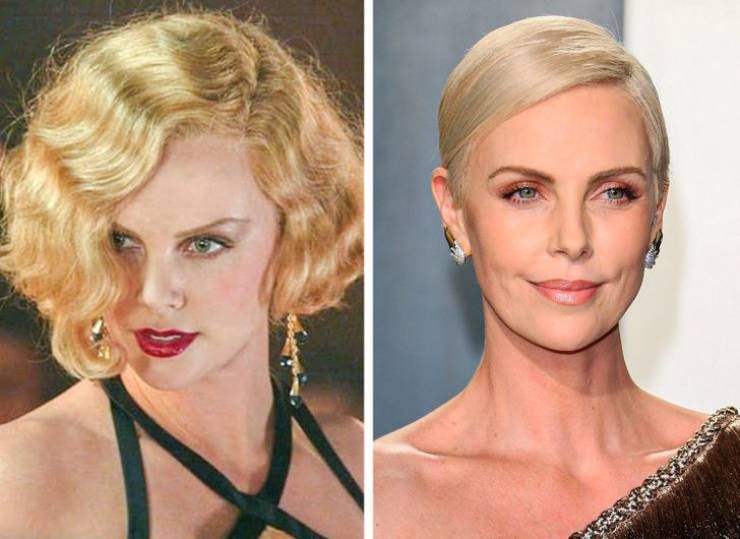 The provocative Gilda, from Head in the Clouds, leads a quite bold lifestyle. Even during difficult historical times, she continues to enjoy life while frustrating her lover.

Nowadays, Charlize Theron is not just a popular actress, but also a film producer. Actress and model Emma Wiklund is remembered by the audience as a spectacular police commissary from the Taxi film series. She is dangerous to both criminals and to her male colleagues. 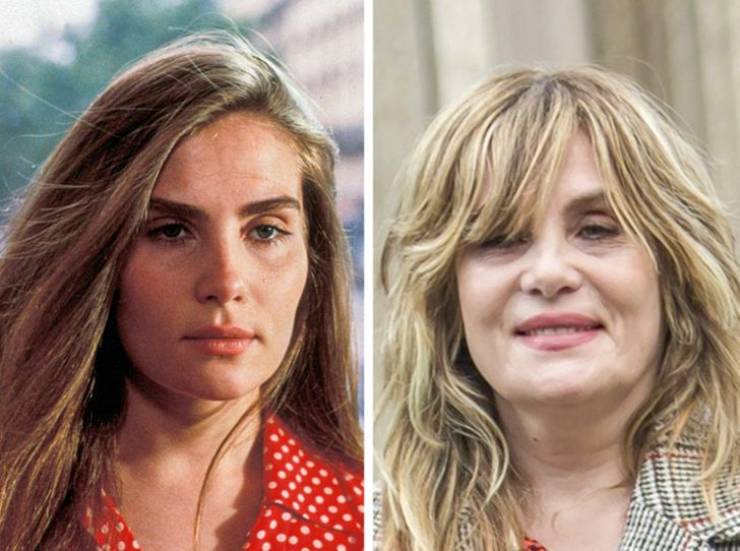 The movie Bitter Moon shows the formation of a femme fatale. A Frenchwoman, Mimi, having survived the betrayal of a loved one, changes beyond recognition. Her further actions can really bewilder the viewer.

Emmanuelle Seigner continues to play in movies and series. 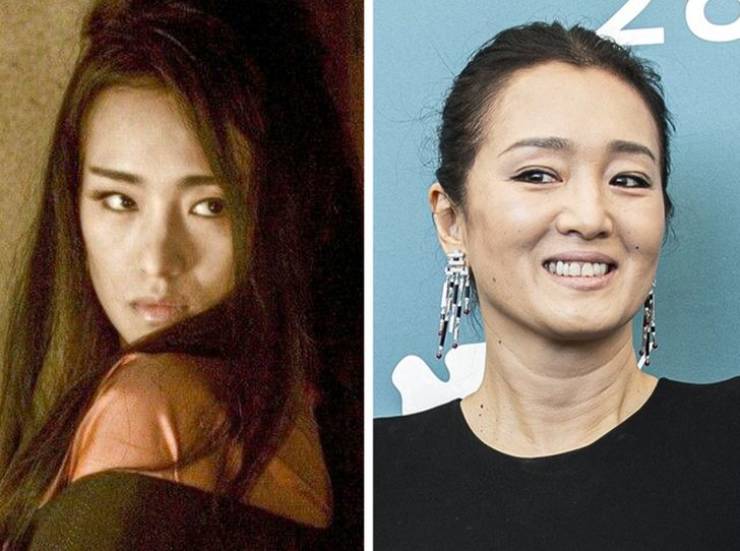 Hatsumomo is the main antagonist in Memoirs of a Geisha. Her beauty is admired by everyone from her so-called younger sisters to wealthy men. And she is ready to destroy the life of her growing rival so as not to share her own popularity with her.

Nowadays, actress Gong Li is in demand among both Chinese and Hollywood film directors. 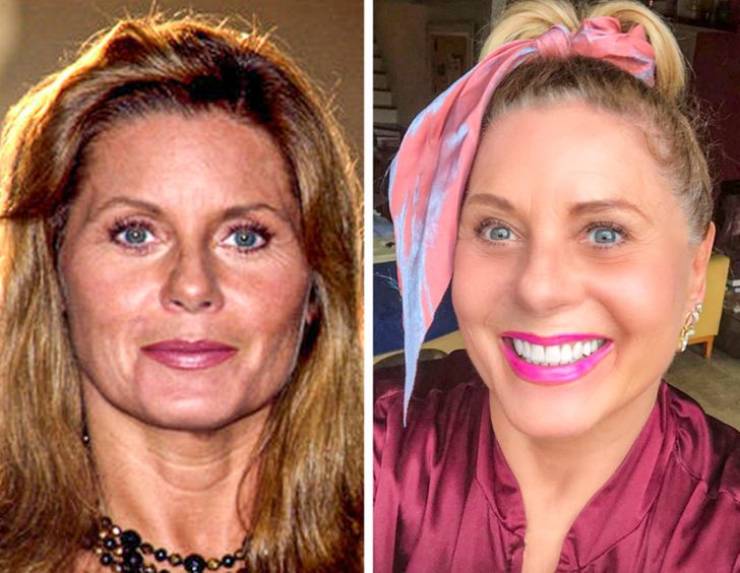 Yvete is one of the most striking female characters in The Clone TV series. The affectionate mature lady who adores feminine outfits becomes a bone of contention between a father and a son. However, unlike the many femme fatales of the movie world, Yvete has a good heart.

Actress Vera Fischer hasn’t appeared in any TV series in recent years, but according to her social networks, she is doing well: Vera is in excellent shape and enjoys life.
Kim Basinger — Lynn, L.A. Confidential (1997) 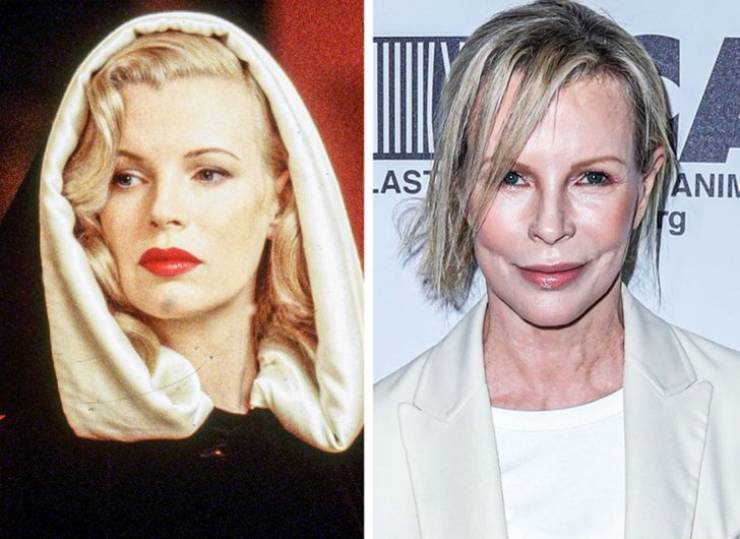 The part in L.A. Confidential brought actress Kim Basinger an Oscar, and we believe she deserved it. Lynn is a woman of dubious moral standards, but she captivates the viewer from the first seconds of her appearance on the screen.

Kim Basinger is still a sought-after actress. Not so long ago, she starred in the acclaimed films Fifty Shades Darker and Fifty Shades Freed. In the movie Blue Velvet, actress Isabella Rossellini plays an attractive lounge singer who inflames passion in both a dangerous gangster and an ordinary student. And the student gets into big trouble for his love affair with her.

At the age of 68, the actress participates in different movie projects and does voice acting. Jennifer Coolidge appeared in the comedy American Pie for just a few minutes, but eventually became one of the most striking characters of the franchise. A gorgeous mature woman, the mother of one of the main characters, became the object of his friends’ desires.