18 Times When Internet Helped In Identification Of Mysterious Objects

“What is this random set of stairs with a platform? It’s located at the entrance to a local forest with walking trails.” 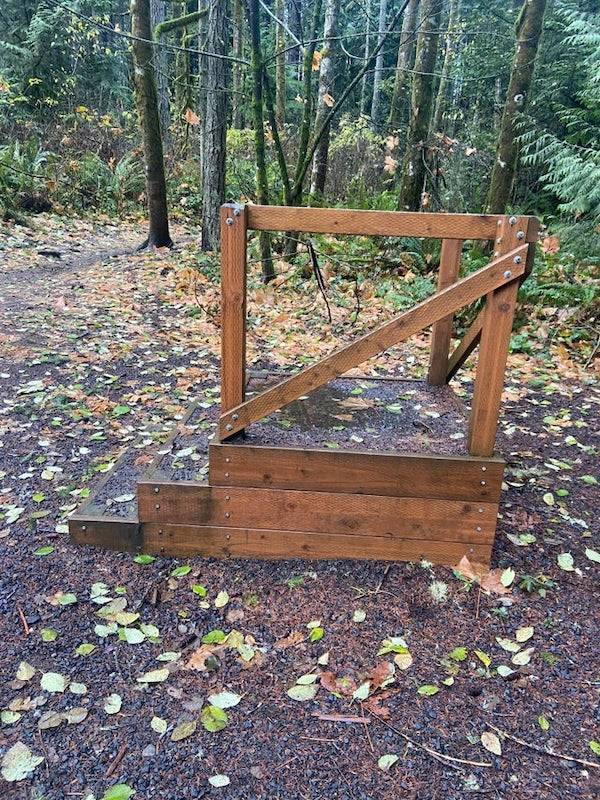 “Found this old thing in a garage. It’s pretty heavy (maybe lead), looks like a weird torpedo, and was probably used in a war but not entirely sure. Any ideas?” 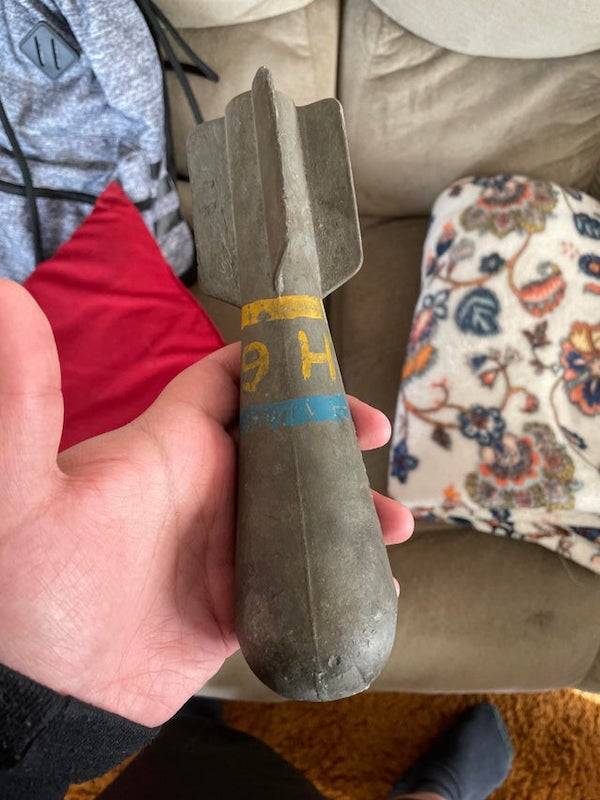 A: “It’s this mini practice bomb.”

“What is this metal item? Unsure exactly what material, unsure of age, unsure of origin but found here in the netherlands. Has a small star shaped inscription and no other markings. Bottom is very scratched up.” 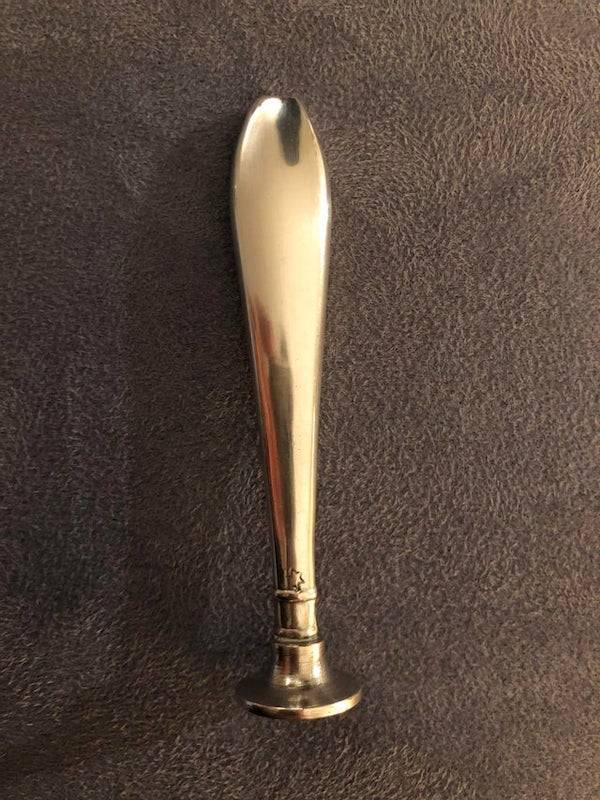 “What is the special purpose of this 18″ ruler. There are 4 windows.” 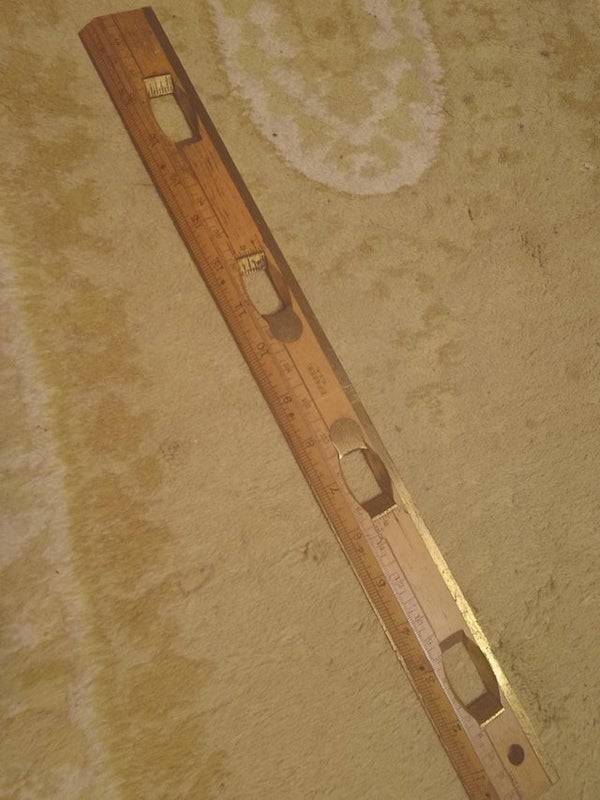 A: “In the olden days, before personal computers, I worked as a type setter in a print shop. Type would be produced on film, run through a wax machine to wax the back of it and then cut apart and placed in position. To save on film, everything was smooshed together, you had to cut it apart and move it into place…every line, number and punctuation. I had a tool like this, but it was much longer. Sometimes it was more useful than the T-square.”

“We got this from an elderly friend, who claims it’s something for your hands.” 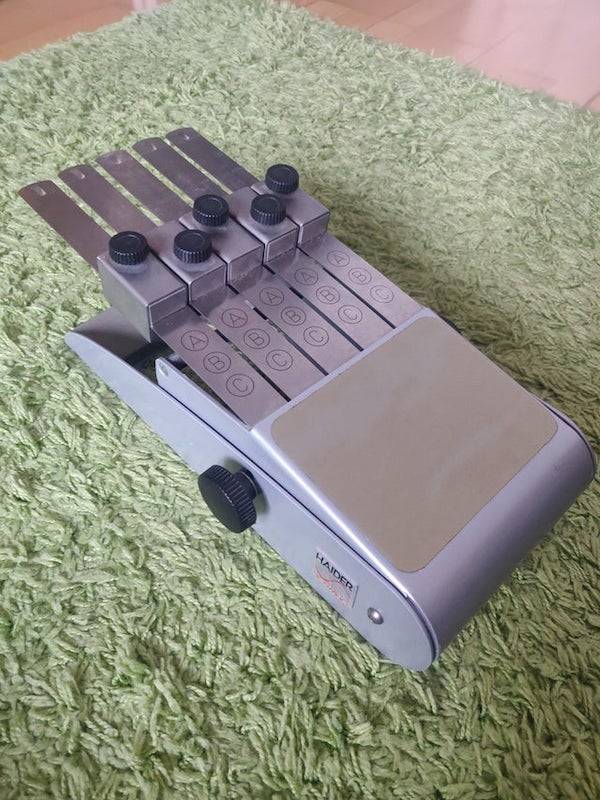 A: “I would guess it’s some device for ergotherapy. Like to train your hands after an accident or surgery or when you have a neurodegenerative disease, based on the other items Haider is selling.” 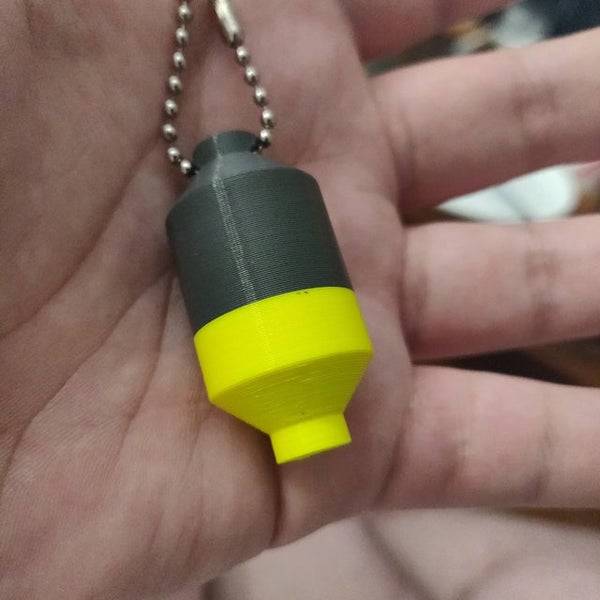 A: “Most kids who go through Starbase get one of these. The purpose is to demonstrate CAD and 3d printing, not to provide any practical result. Students are instructed to follow along with instructions to model a “space capsule” (the program is designed for elementary, so the simplicity is somewhat warranted), so every student produces an identical model. Then the instructors hand out a 3d printed version to every student.”

“What are these blue, large (about 2m), heavy steel objects with chains and ropes attached that look as if they’re put under water (seen in a harbor)?” 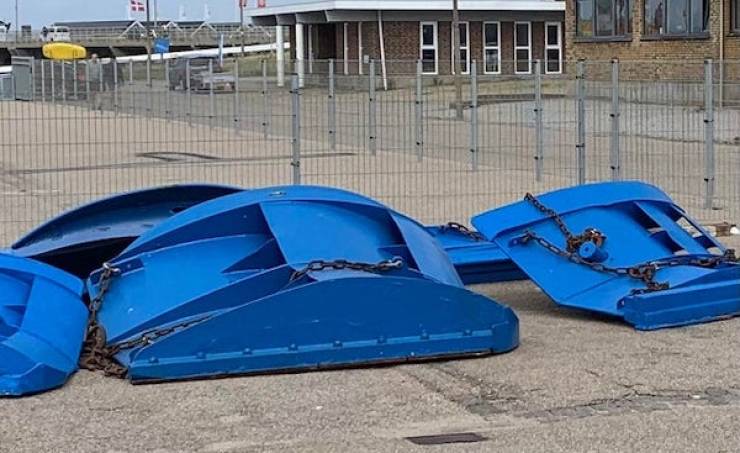 A: “Those look like trawl doors aka otter boards. There’s 2 of them attached to the opening of a large fishing net to hold it open while it trawls.”

“Found on the beach, it’s hard and shiny, about 10cm in diameter.” 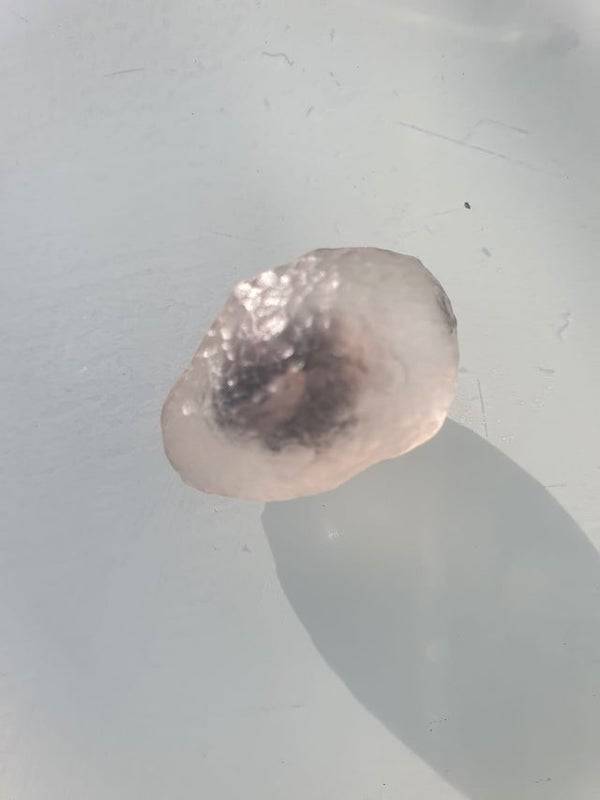 A: “That’s an agate with an inclusion of some other, darker mineral. Pretty cool!”

“What is this set of identical flat wooden shapes found in an old box of Christmas decorations? I can sort of stack a few but they don’t really interlock. There are 10 of them.” 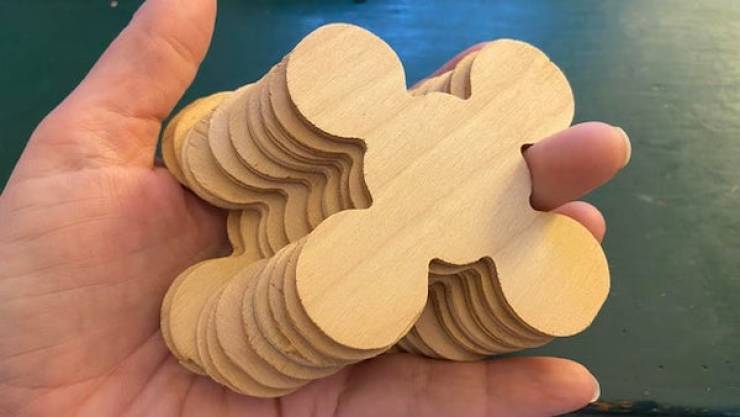 A: “We had these growing up. They are used to organize your ribbons, cords, strings etc for decorations or wrapping. You would start on one end and wrap your ribbon (etc) at a diagonal and then again to the other diagonal etc etc. it made sure none of your ribbons got tangled. We used these for ribbons, strings etc. you can also get them in plastic and larger sizes for a string of lights.” 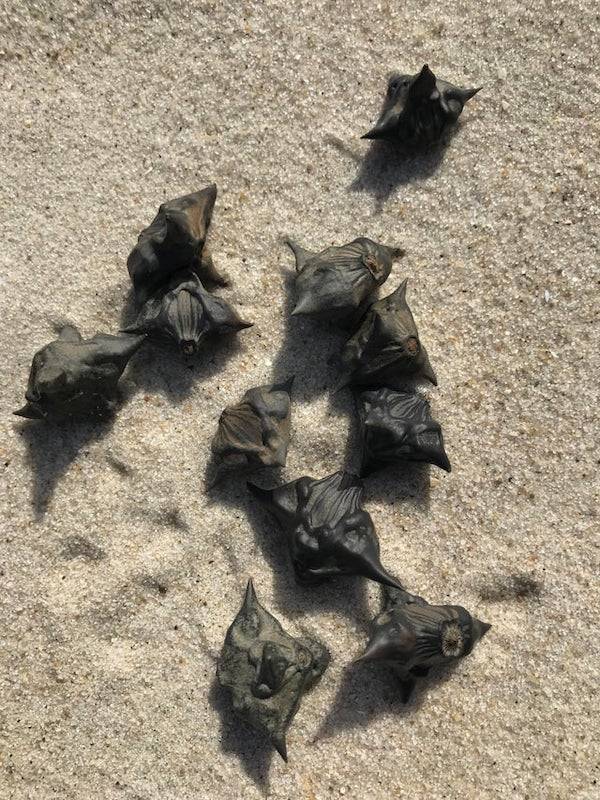 “Does anyone have any idea what the tool on the left is? Used a pen for scale.” 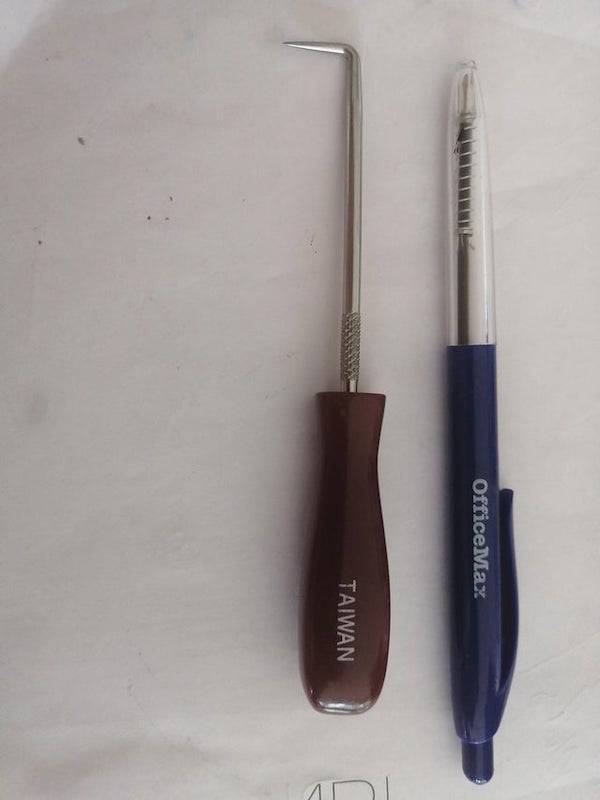 A: “It’s just a pick (not a lock pick). Literally nothing specific, just for whatever you might find it handy for.”

“What are these two cylinders on an elevator/lift control panel labeled ABCD?” 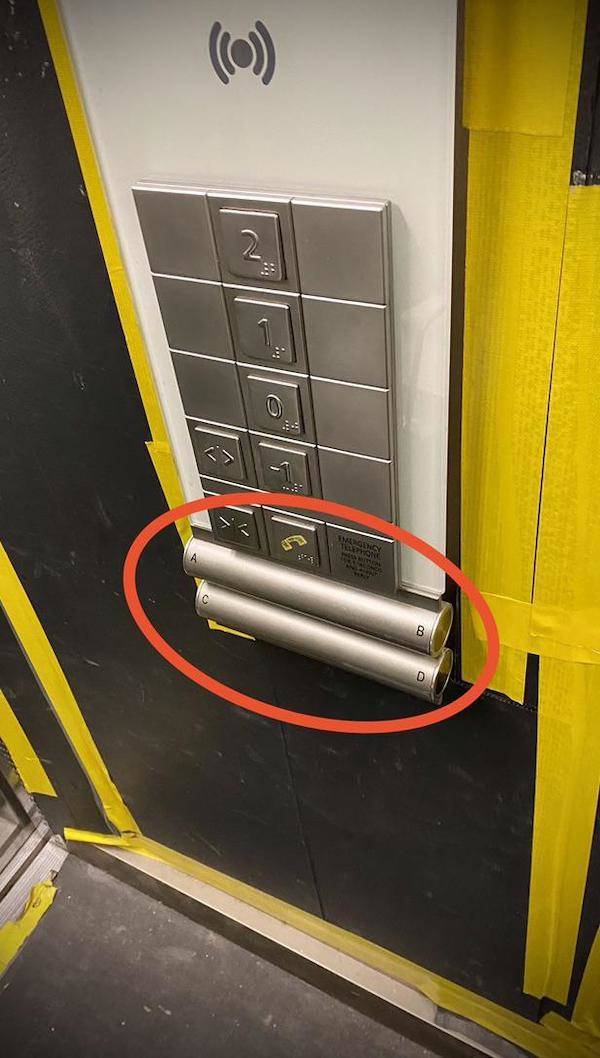 A: “Those are for installing locks (normal keys with keyways) to enter areas e.g. floor 13. Keyways are at least 5cm (2″) deep so they needed a way to orient them sideways as the button assemblies are not deep enough. For smaller buildings where those are not needed those are just design elements.”

“Handmade wood bowl, what is it meant to hold?” 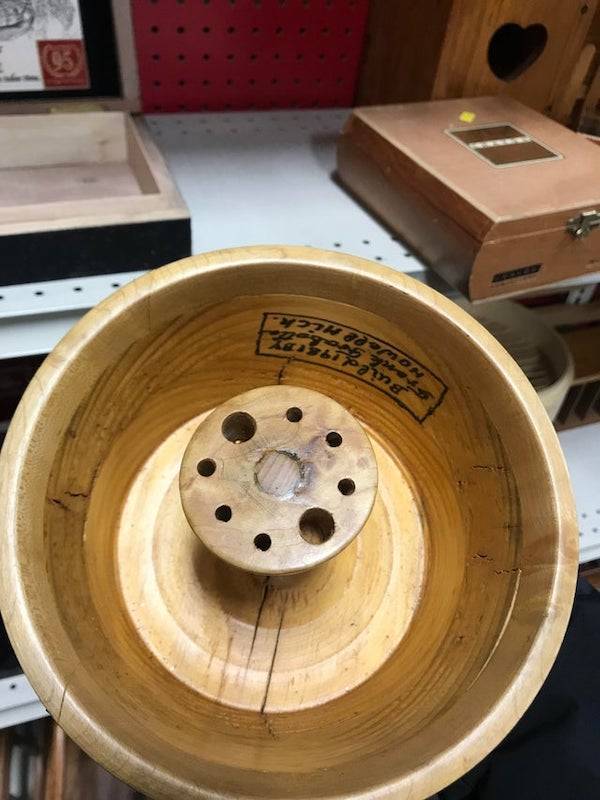 A: “It’s a nutcracker and pick for nuts”

“What is this tool with a spring inside (visible when the top is unscrewed) and multiple bits (maybe) in the base? The base rotates and has a small hole in it to release each bit when in position. What’s the purpose of this tool?” 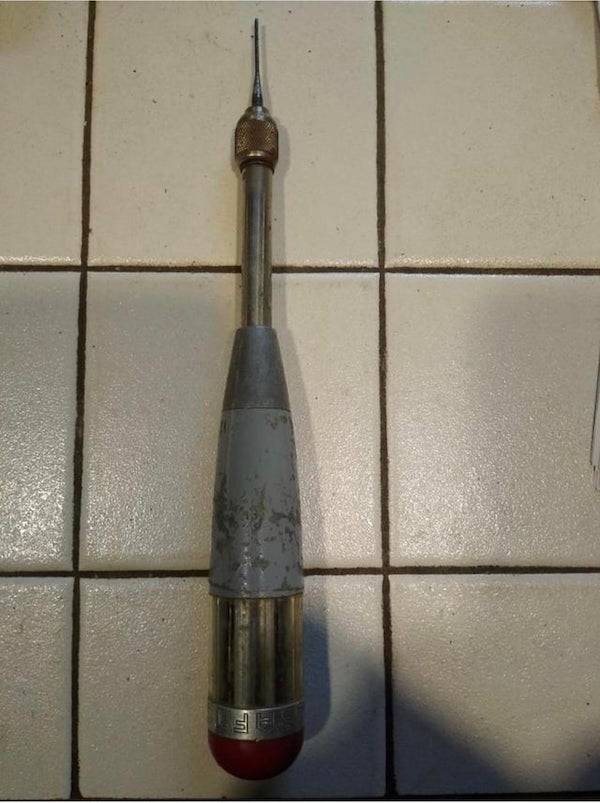 A: “It’s a yankee drill. Put the bit against wood, and when you push the handle, it drills!”

“Left in our attic by previous home owner. Made of green wire, 5 nails, electrical tape.” 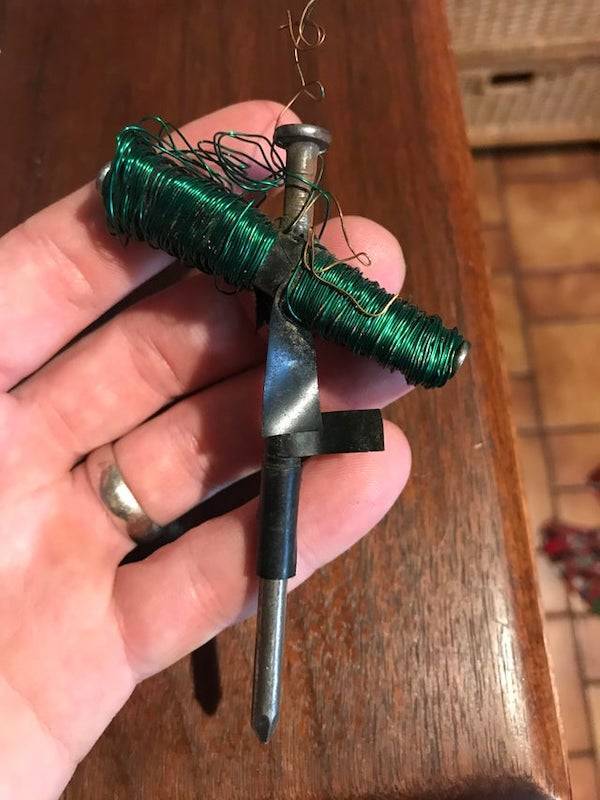 A: “It’s a homemade electromagnent”

“Seen at a military surplus store. Antenna-like object with geometric mesh panels approximately 2 or 3 feet in all directions. Shopkeeper couldn’t tell me about it beyond the fact that it had been there since the store opened ~50 years ago.” 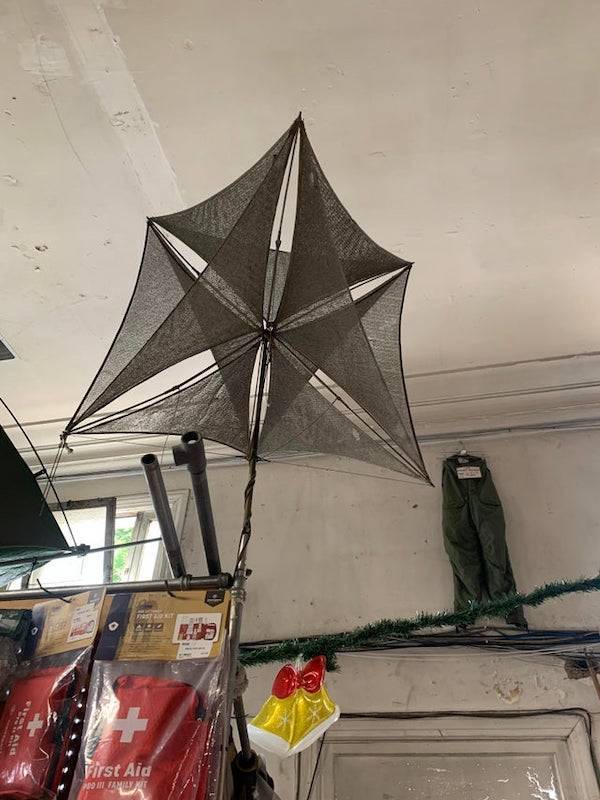 A: “Radar retroreflector. A portable one.” 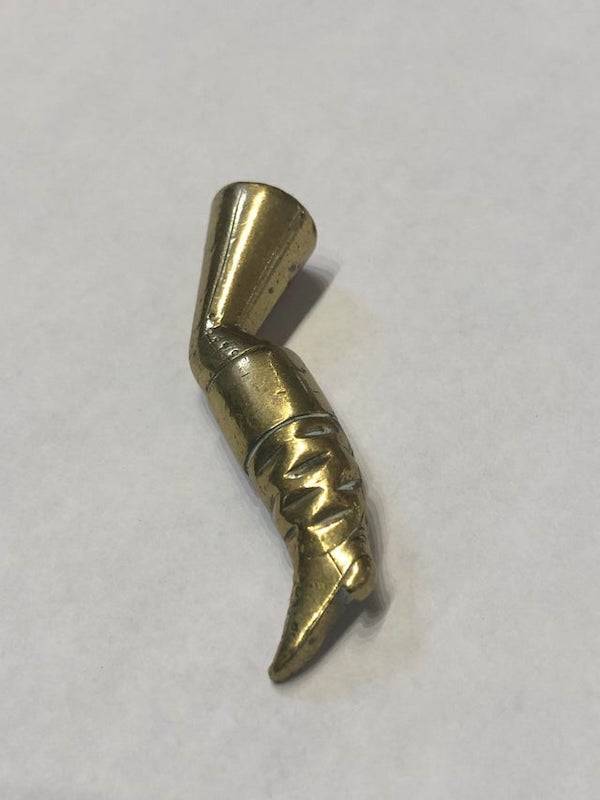 A: “It’s a tobacco pipe tamper”