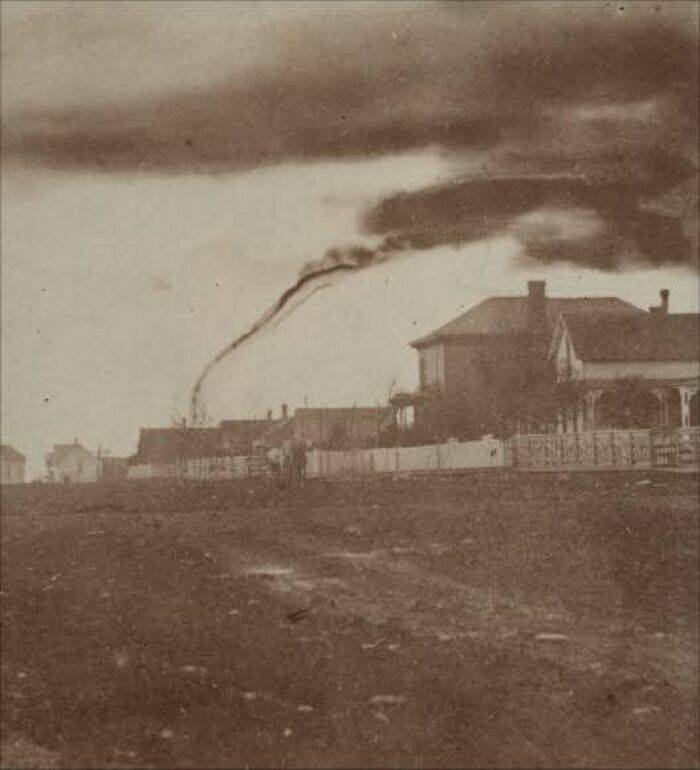 “Pets During The Blitz” 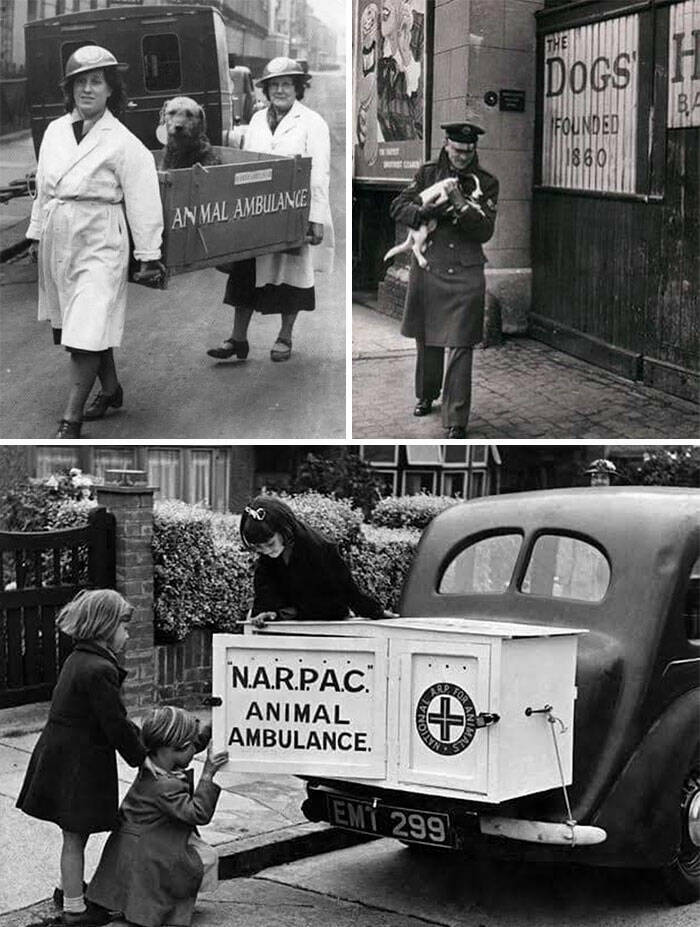 “This Is A 600-Year-Old Medieval Hat Which Was Found In Lappvattnet, Sweden” 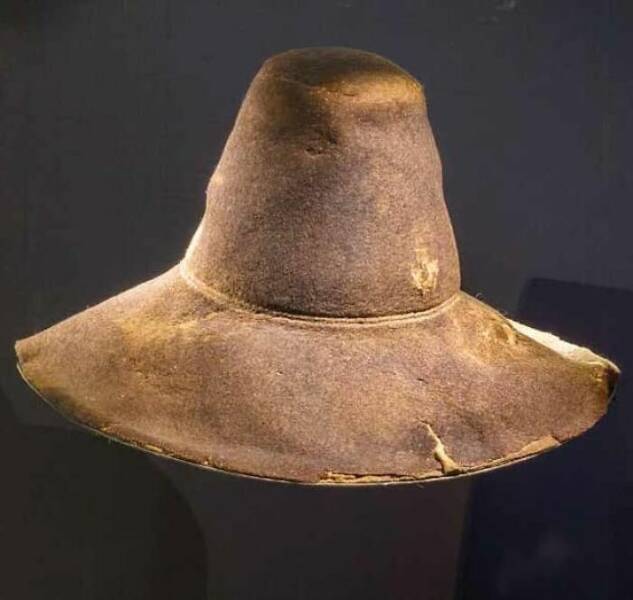 “The hat is made out of sheep’s wool and was preserved in a bog. It can be found at the Västerbottens museum in Sweden.”

“The Lady In The Photo Is Betty Lou Oliver. She Survived A Plunge Of 75 Stories In A Lift In The Empire State Building In New York In 1945” “Queen Sophia Magdalena’s Wedding Dress, Circa 1766, Now On Display At The Royal Armoury In Stockholm” 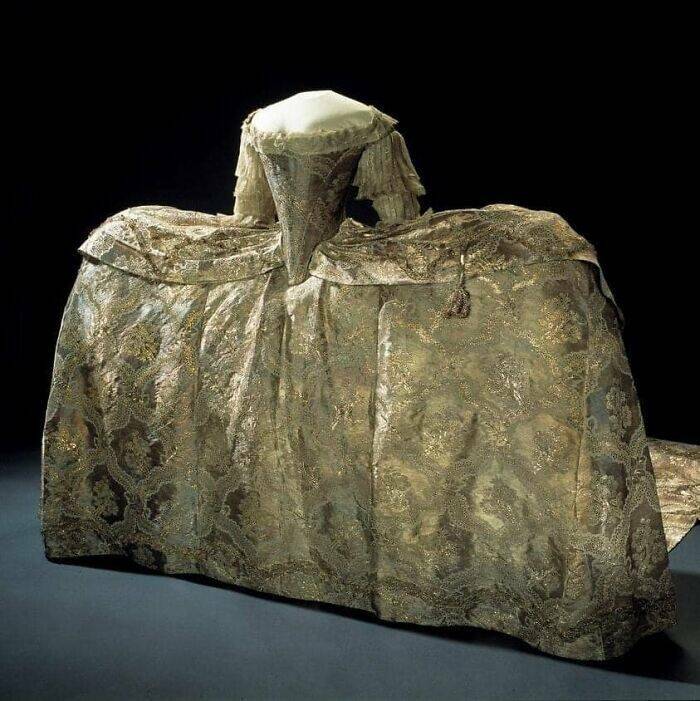 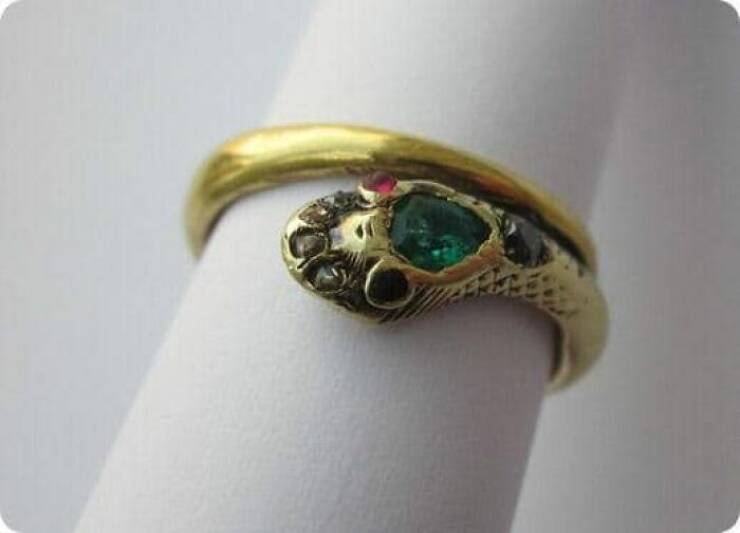 “Shaped like a serpent, the ring includes small rubies, diamonds, and an emerald, which was Queen Victoria’s birthstone.

At the time snakes were a symbol of wisdom and commitment. It was also common during this era for engagement rings to feature birthstones rather than diamonds.”

“This Is A 1400’s Cruck-Beam Cottage Preserved In A Wall Beside St Mary’s Gate In St John’s Street, Wirksworth, UK” 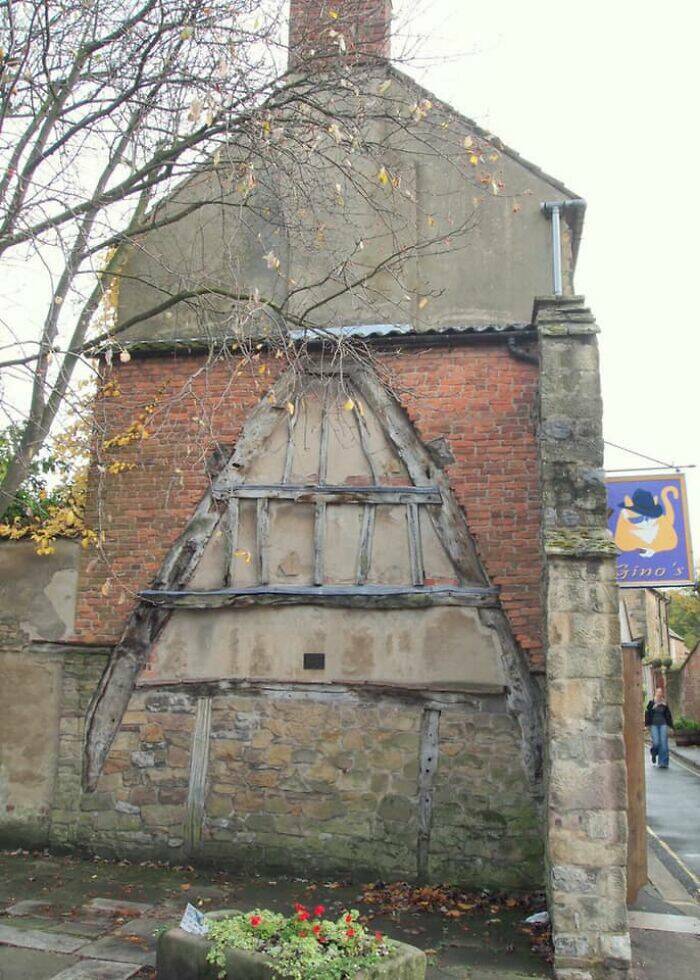 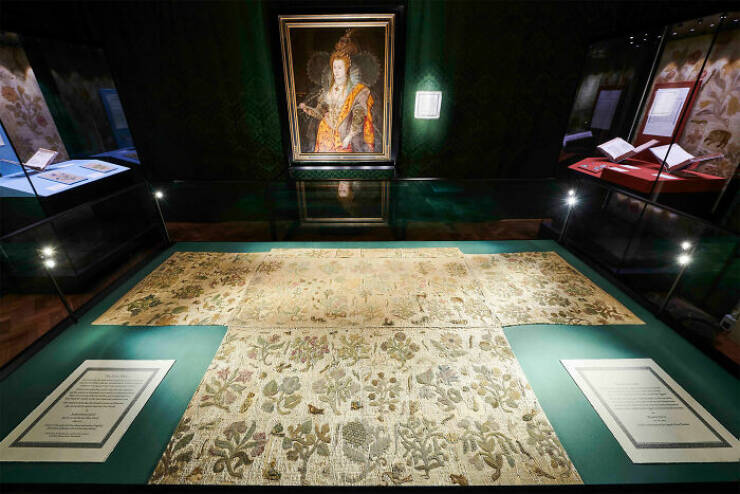 “St Faiths Church in Bacton was containing a significant item important to British history with out even knowing for hundreds of years, Queen Elizabeth I’s only surviving dress.

The dress was used as an alter cloth before being discovered.

It’s believed that the dress was given to Blanche Parry, the queen’s Chief Gentlewoman of the Bedchamber. Elizabeth was known to have gifted clothing to her.

This church was Blanche’s families church, which most likely explains why it was found there. Since the church was dark inside, the colours on the dress have been preserved with minimal fading.

The silver chamblet silk fabric, embroidered with gold and silver thread and cut in a manner suggesting it once constituted two sections of a skirt, bodice and sleeves, closely resembles the gown donned by Elizabeth in the so-called “Rainbow Portrait.” Painted by artist Marcus Gheeraerts the Younger around 1600.” 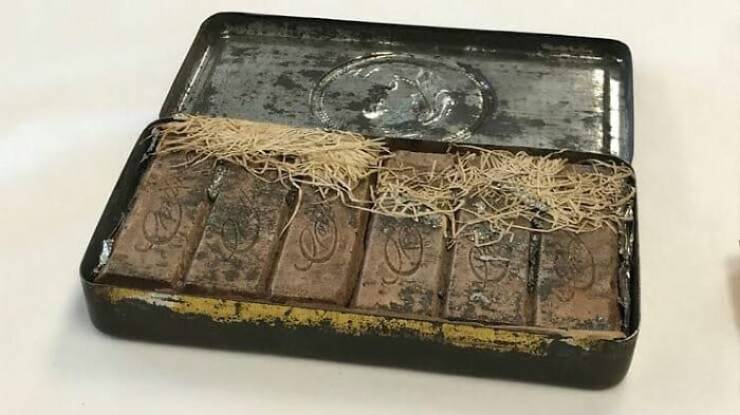 “A 121-year-old chocolate bar that was given to British troops to boost morale during the Boer Wars in South Africa has been discovered in the attic of a National Trust property.

The chocolate, still in its original wrapper and tin, was part of a batch commissioned by Queen Victoria in 1900.

It was found in a Boer War helmet case at Oxburgh Hall in Norfolk.

The chocolate, which belonged to the 8th Baronet, Sir Henry Edward Paston-Bedingfeld, was discovered by National Trust conservators. The conservators found the chocolate whilst cataloguing the belongings of his daughter Frances Greathead, who died last year aged 100.” 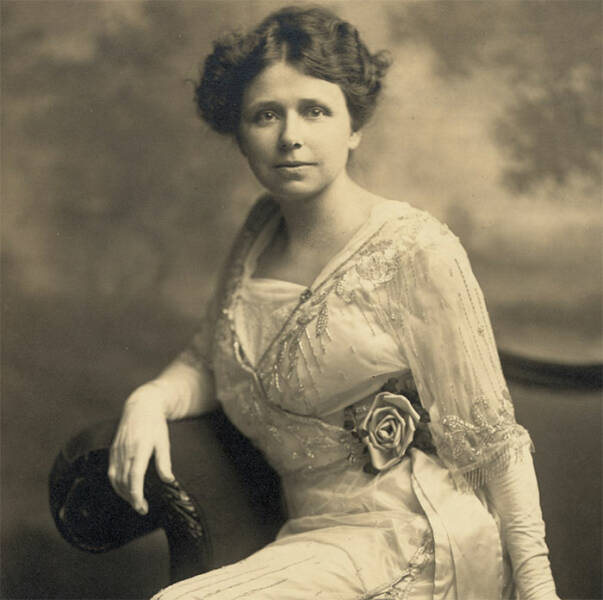 “A group of men hated the idea of women being involved in politics and decided to pull a prank. So they submitted a list of candidates names from the Women’s Christian Temperance Union.

They thought that NO MAN would vote for a female mayor. They wanted to humiliate the Women’s Christian Temperance Union.

Susanna didn’t know about the prank until the local Republican Party sent representatives to her house to see if she was actually running for office.

She went with it and became Mayor of Argonia, Kansas. She also won over 60% of the votes” 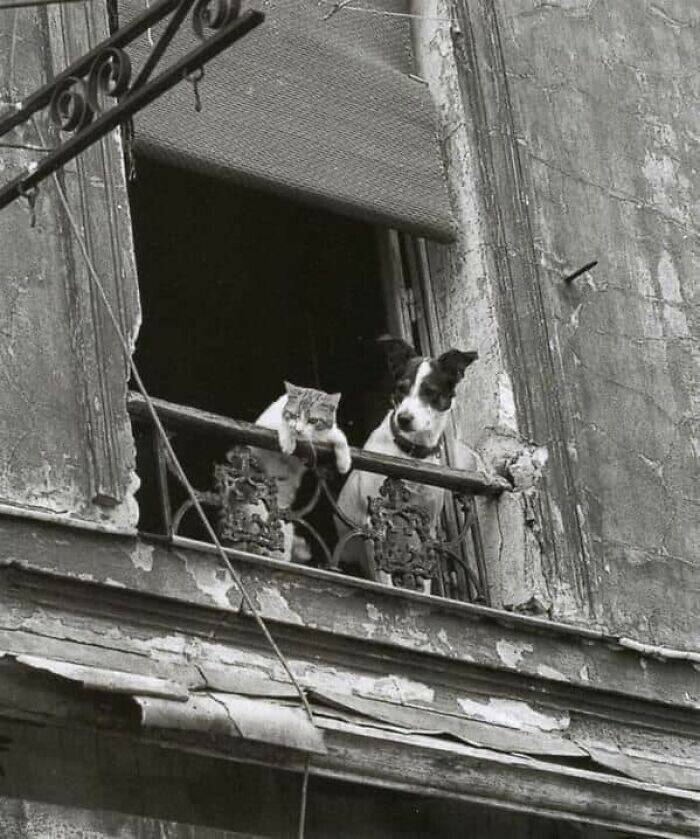 “A Hotel Commissionaire Talking To A Dachshund Dog In Piccadilly Circus, London. 1938” 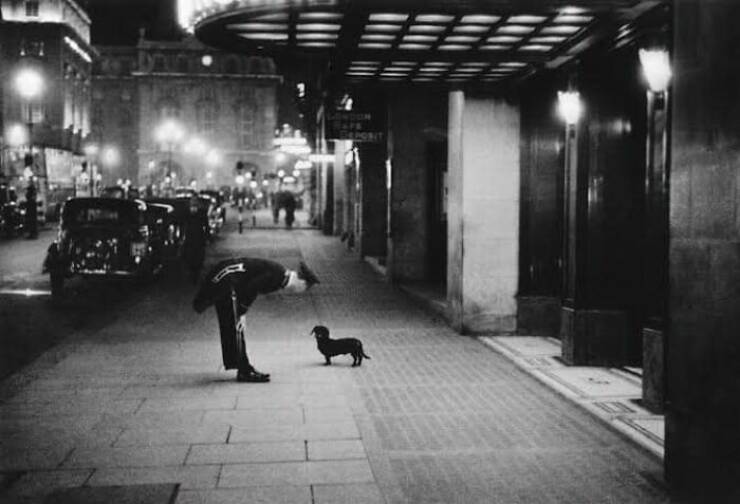 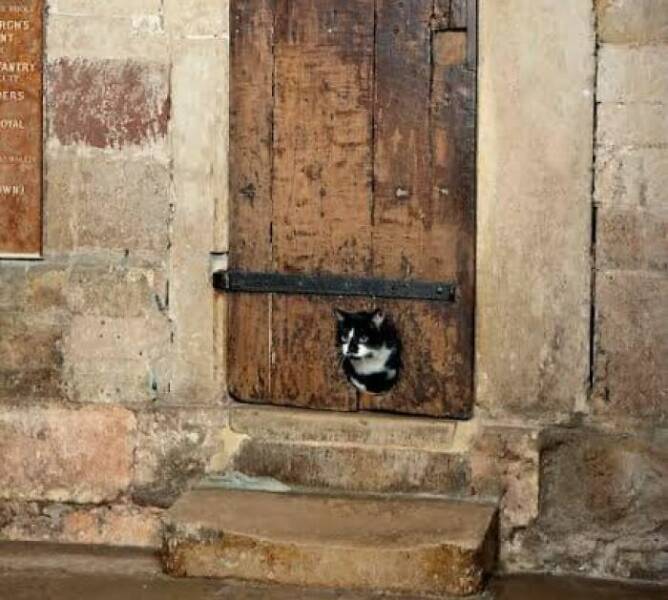 “This old door is in Exeter Cathedral, UK.

The door had a hole cut in it between 1598-1621 to allow access for the cathedral cat who was paid per week in food for mouse/rat catching duties.” 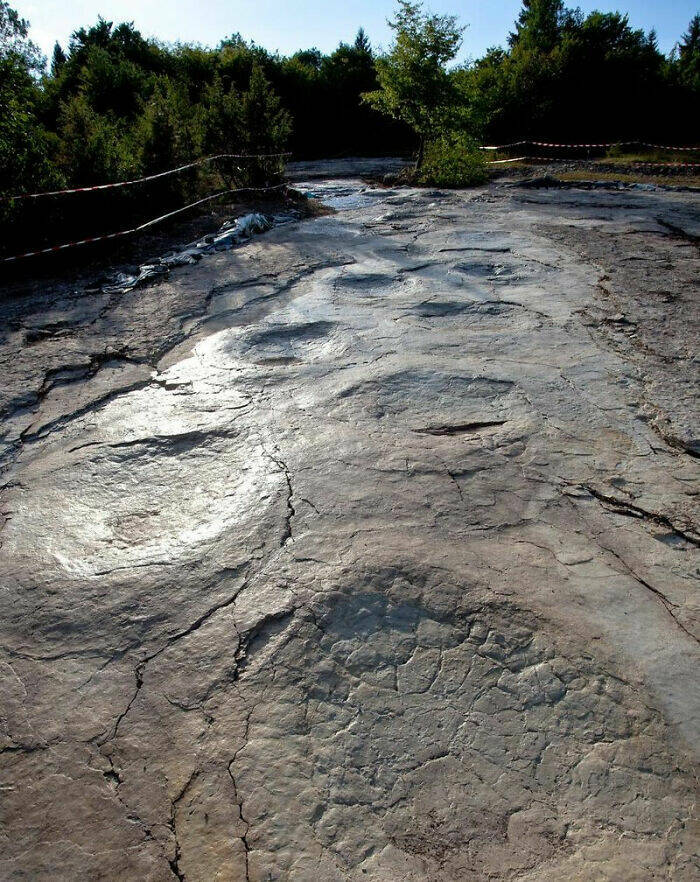 “Outside of the French village of Plagne, you will find 500ft/150m long stretch of dinosaur footprints dating back 150 million years.

After examination, scientists concluded the tracks were left by a Sauropod. Today it is recognised as the longest Sauropod dinosaur track ever discovered.”

“The Most Photographed Man Of The 1800’s – Frederick Douglass” 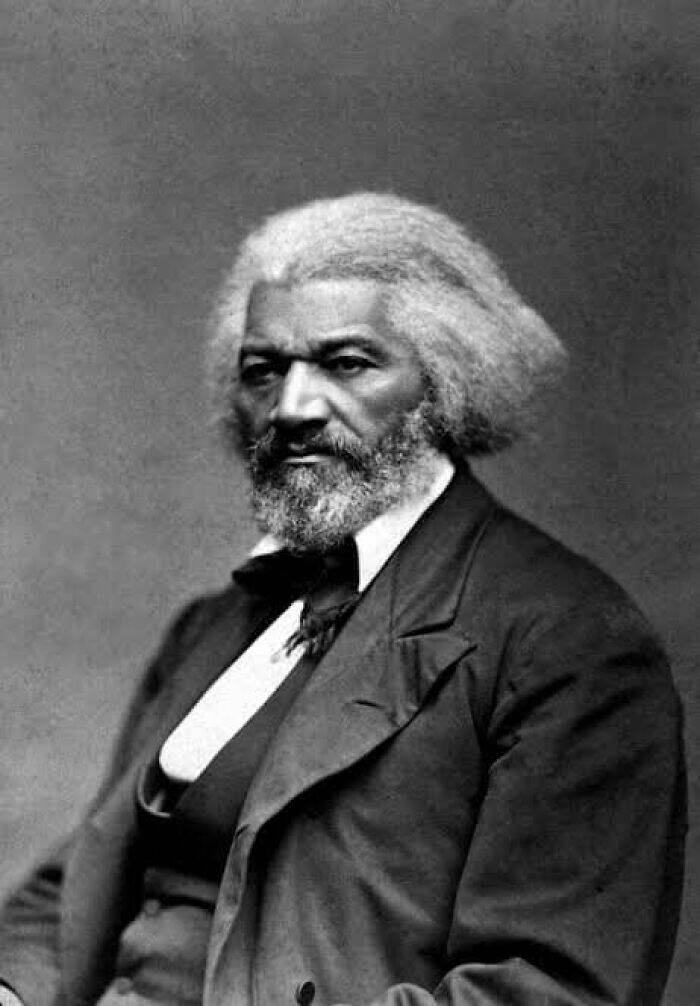 “He was the most photographed man of the 19th century, sitting for more than 160 portraits and photos.

He almost never smiled during photographs, it was an expression he viewed as too friendly.

He was careful to be photographed in settings that emphasized dignity, accomplishment and power, all things denied to those like him who had been enslaved.” 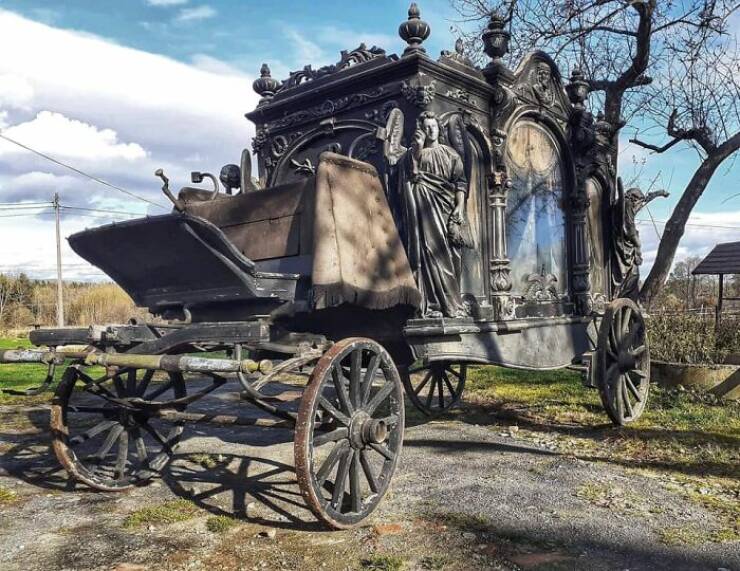 “This Is A Petronella Dunois Dollshouse That Can Be Found At The Rijksmuseum Museum In Amsterdam, It Dates Back To The Late 1600s” 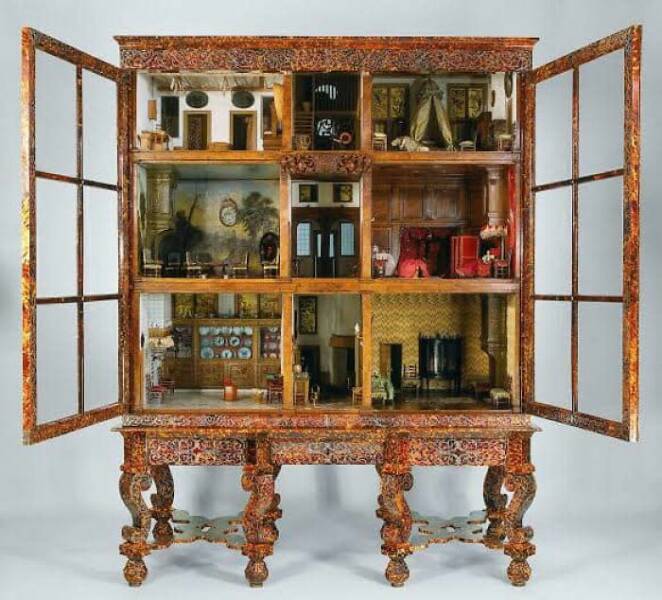 “Here We Have Two Cats In 1966 Keeping To Their Ancestors Christmas Tradition Of Knocking Over The Tree Every Year!” 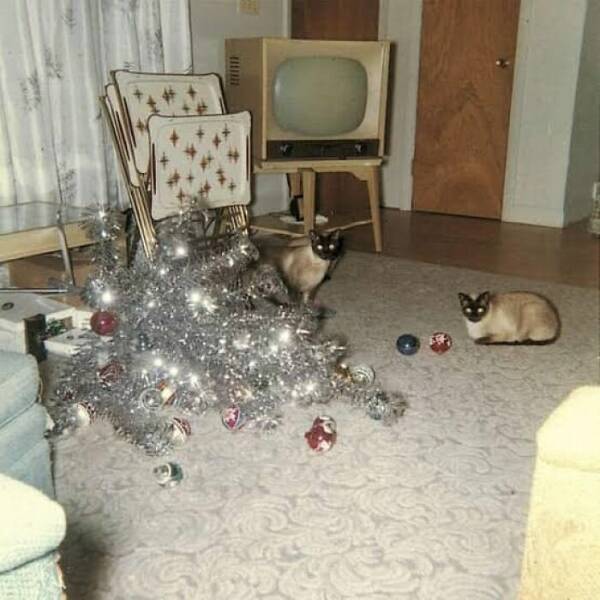 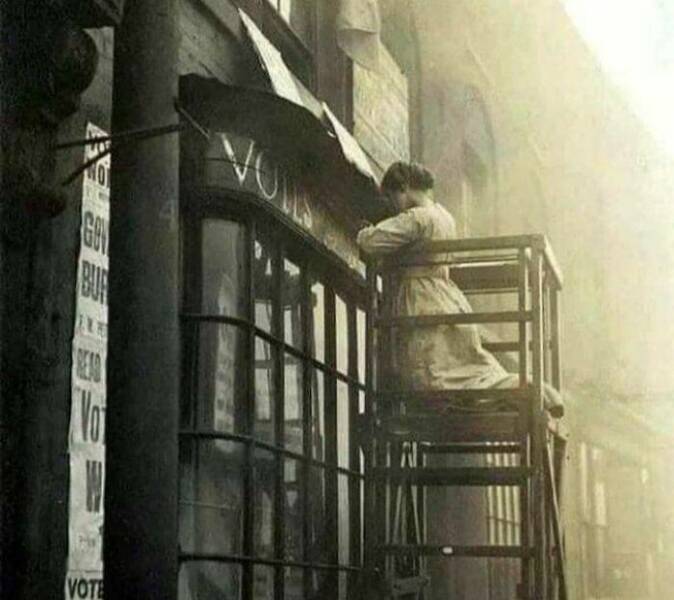 “The Offical Recorded Number Of Children Born To One Mother Is 69, From Shuya, Russia” 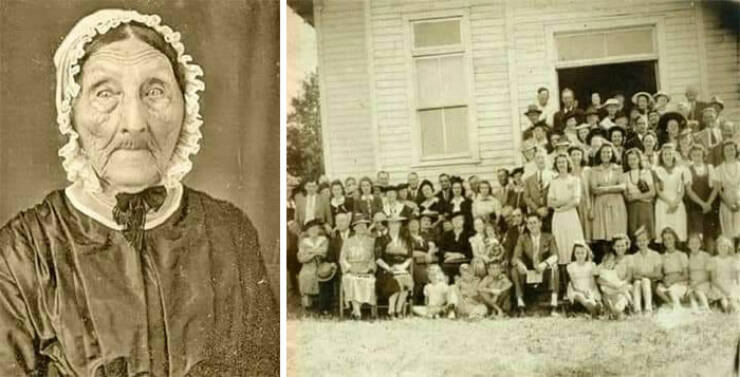 “Between 1725 – 1765, Mrs Vassilyev popped out 16 pairs of twins, seven sets of triplets and four sets of quadruplets, over 27 separate labours. The grand total: 69 children.

Due to the time period, there are no photos of the kids or family that have been confirmed as legitimate. So here’s a random photo!” 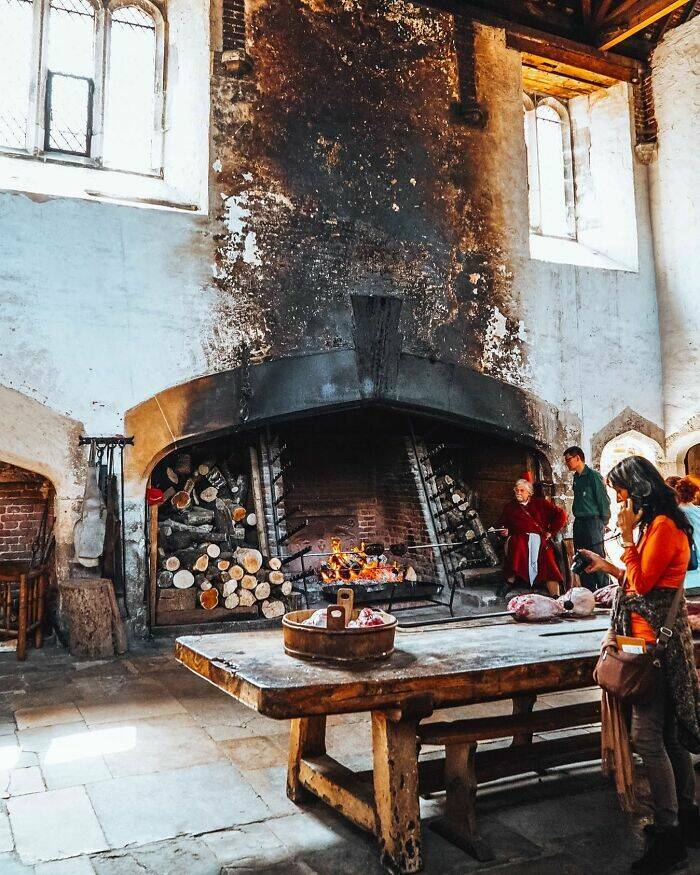 “The staff had to produce over 800 meals a day for the king and all of his courtiers.

The char sure shows its past!” 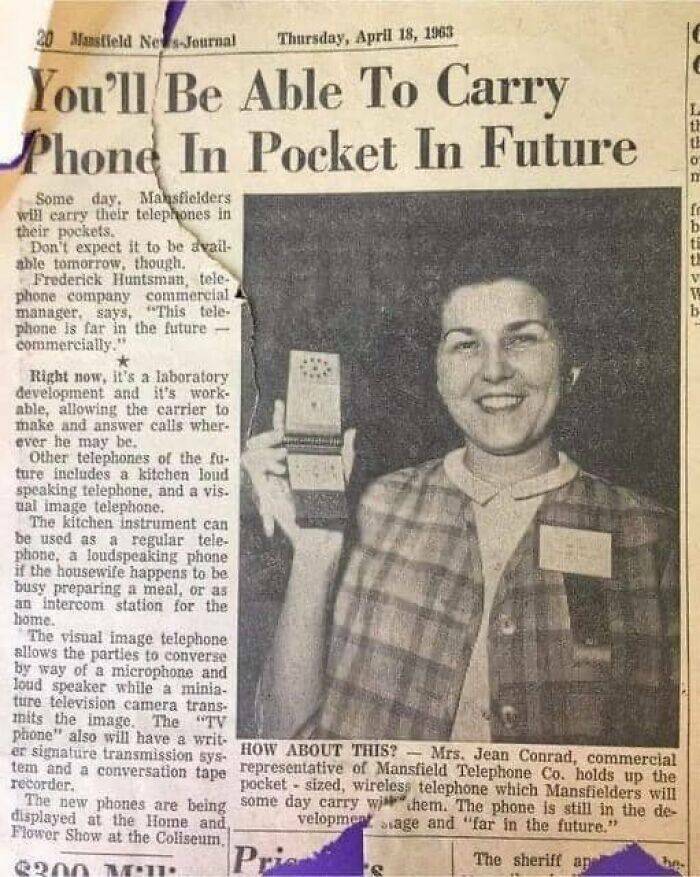 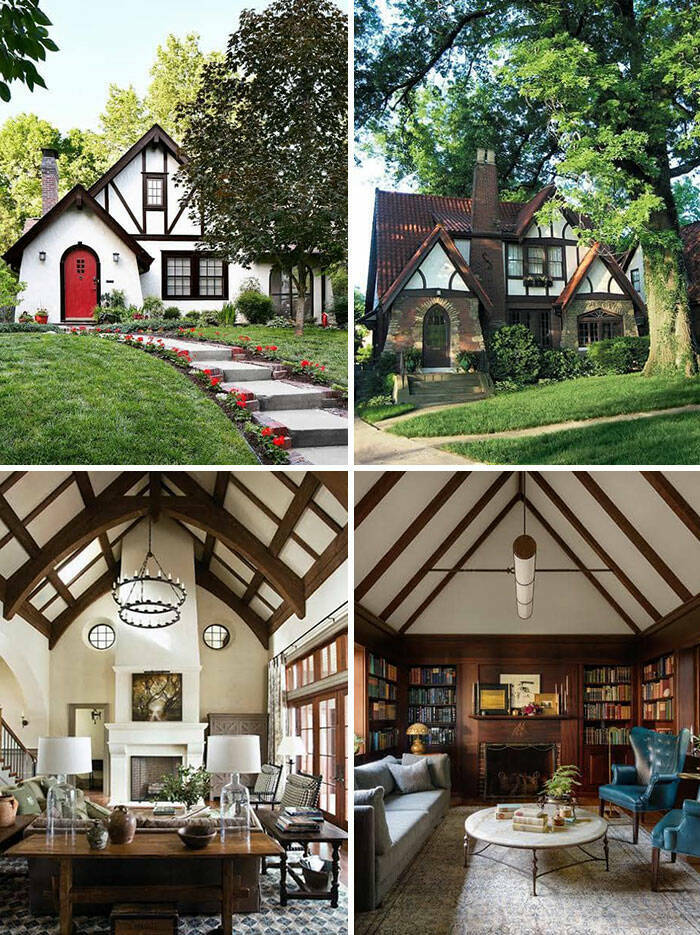 “One area of Victorian design that was often overlooked was the staircase, especially those installed for the use of servants.

They were made too narrow, too steep and with irregular steps, the servants staircase was deadly.” “The house was built by Norman Shaw for a wealthy industrialist in 1880 and is famous as the first house in the world to have lights powered by hydroelectricity.”