27 Tourist Traps You Should Avoid

“If you’re planning a trip to Croatia, don’t bother with Dubrovnik. It’s extremely pretty from afar… but far from pretty. The Old Town is just one mess of tacky cafes, restaurants catering to tourists, and tour agencies. People almost had to line up to navigate their way through the narrow streets because so many cruise ships were docked. And it was even a struggle to see the landmarks because crowds of people were hovered around with selfie sticks in the air.” 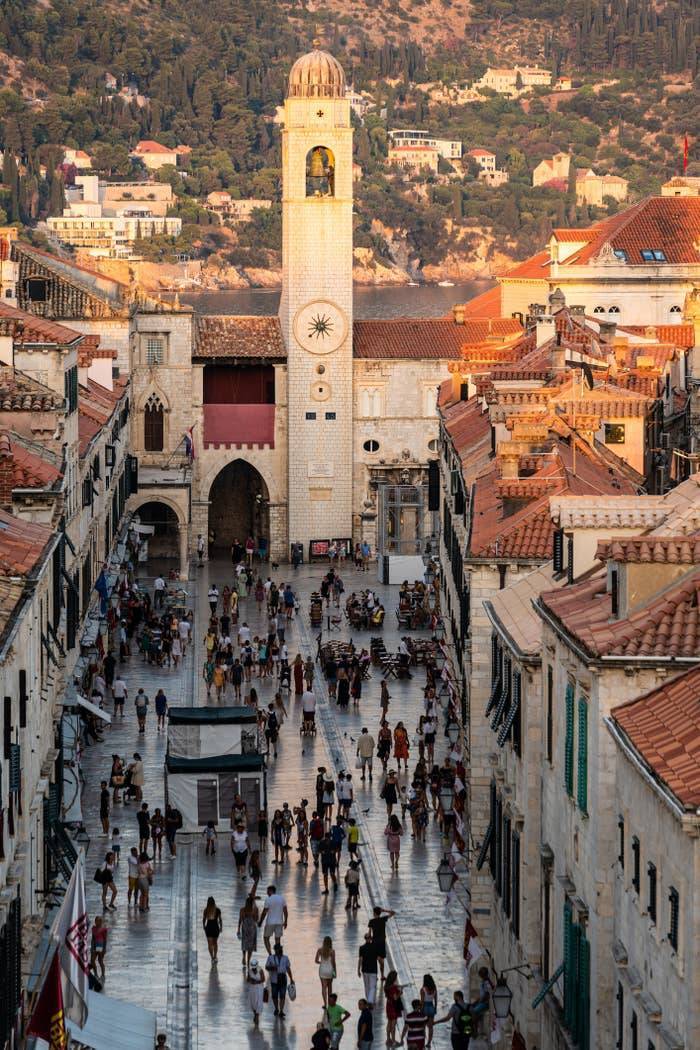 London: “Avoid the Heathrow Express. You pay a lot more for only a slightly faster journey to the airport. Just look online or ask a staff member how to get to the airport another way. They will help you get the right and much more affordable ticket.” 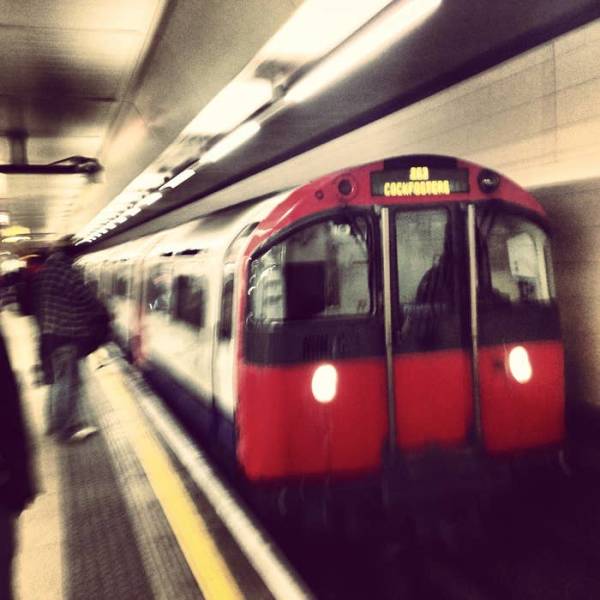 “Throughout Italy, try to avoid restaurants on big, popular squares or near major tourist attractions. If the menu features multiple languages and/or photos of the food, that’s another red flag. If there are waiters outside telling you to come eat, it’s a universal sign that the restaurant in question is a tourist trap.” 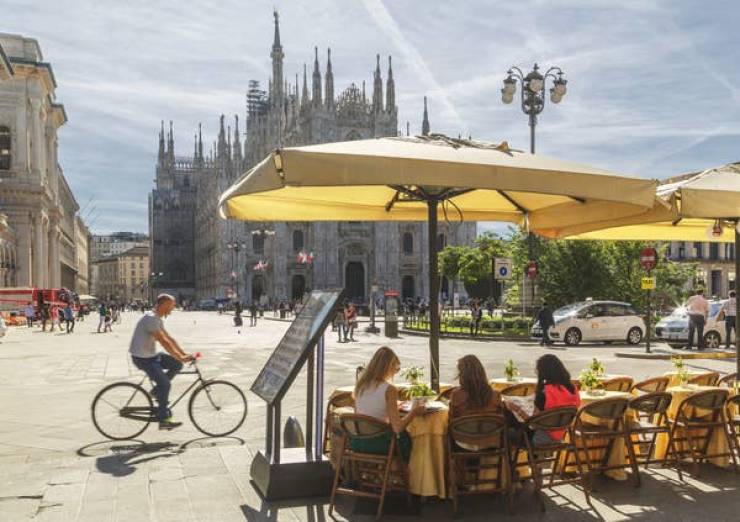 “Hallstatt, Austria. If you‘ve seen photos of it online (they’re all taken from the same two angles) then you‘ve seen the town. It is pretty, but it is overrun by tourists and cheap souvenir shops. There are so many more authentic villages by lakes in that region. You can skip Hallstatt all together.” 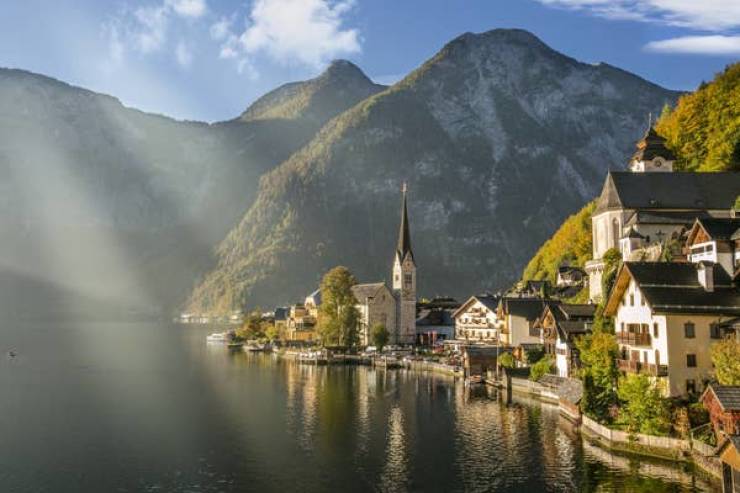 “Leicester Square in London. It’s not just touristy… it actually is a tourist trap designed to rip you off. Most of the bars are very expensive, the restaurants are horrible, and you can find higher quality versions of everything sold in the area for a lower price elsewhere. Sure, it might be nice to walk through, but just don’t spend any money there.” 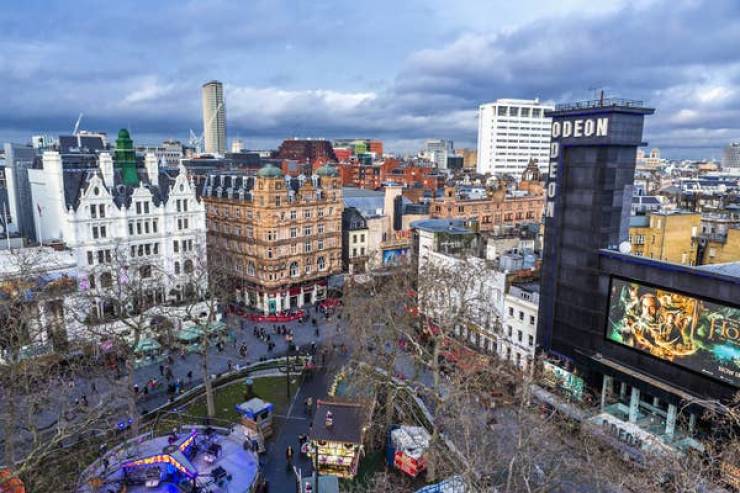 “In Paris, don’t go to any restaurant near a big tourist attraction like the Eiffel Tower, the Louvre, Notre Dame, etc… You will likely eat frozen food at an absurdly high price. Stick to restaurants on side streets and quieter areas instead.” 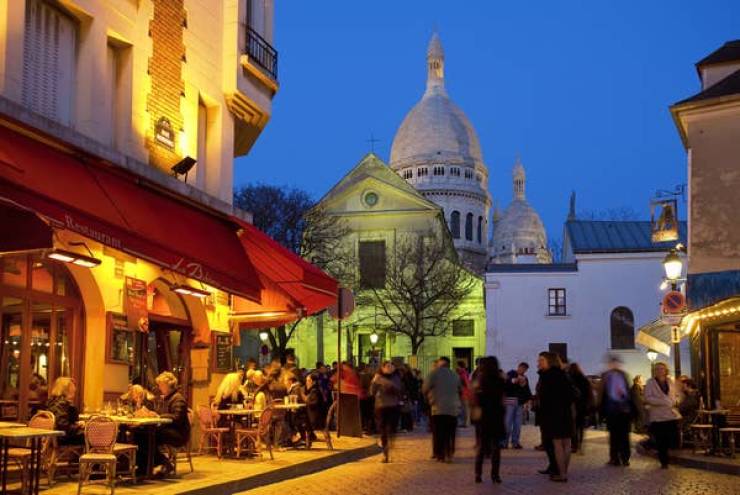 “If you’re visiting Tuscany, avoid the torture museums that are scattered around the various Medieval towns. They are poor attempts to scare (and scam) tourists. If you’ve seen one, you’ve seen them all.” 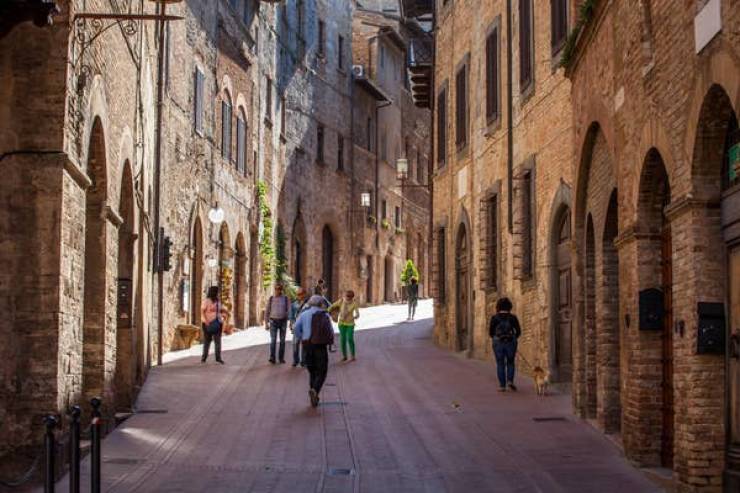 “In Spain, if a restaurant is serving lunch at noon, chances are it’s a tourist trap. Here we eat lunch between 2:30 and 4 pm. As a rule of thumb, look for locals. If no locals are eating there, avoid it.” 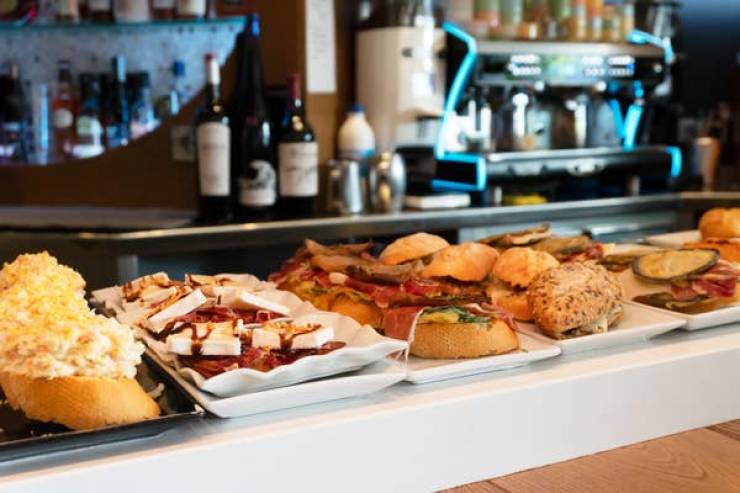 “Mykonos and Santorini are just tourist traps shaped like islands. Greece is filled to the brim with amazing islands. You don’t have to spend a fortune visiting Santorini and Mykonos when there are literally thousands of other islands that are just as beautiful, much cheaper, and almost empty of tourists.” 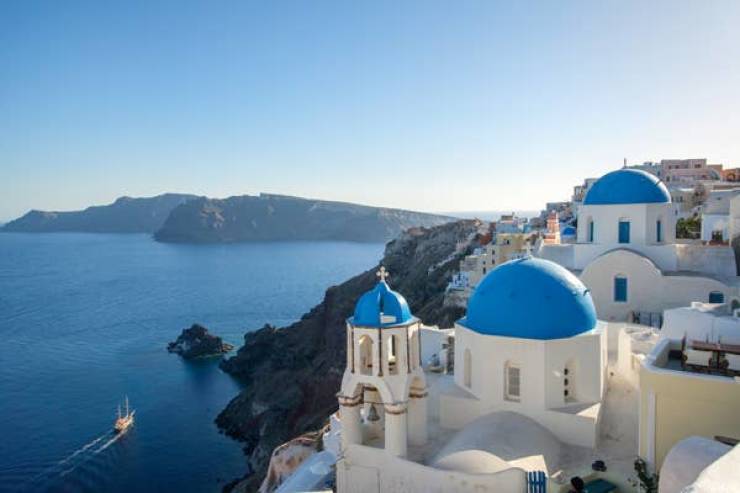 “In Brussels, avoid the street called “Rue des Bouchers/Beenhouwersstraat and the surrounding neighborhood. Tourists are tricked into thinking it’s a maze of cute pedestrian streets, but actually you will find the worst restaurants in town there. The menus are written in 12 different languages and the waiters try to hail you inside. They are total overpriced, touristy eateries to avoid.” “Oktoberfest in Munich. Avoid it…especially the Hofbräuhaus. You can have a much better time at beer, wine, and Oktoberfests in smaller towns all over Bavaria. I’d suggest going to the Allgäu where there’s a brewery in every village.” “I lived in Berlin for a decade, which is home to plenty of tourist traps. The biggest one, IMO, is Checkpoint Charlie. The museum is mediocre, the ‘actors’ you can take photos with are incredibly expensive, and the fake Soviet merch can be found for much cheaper elsewhere.” 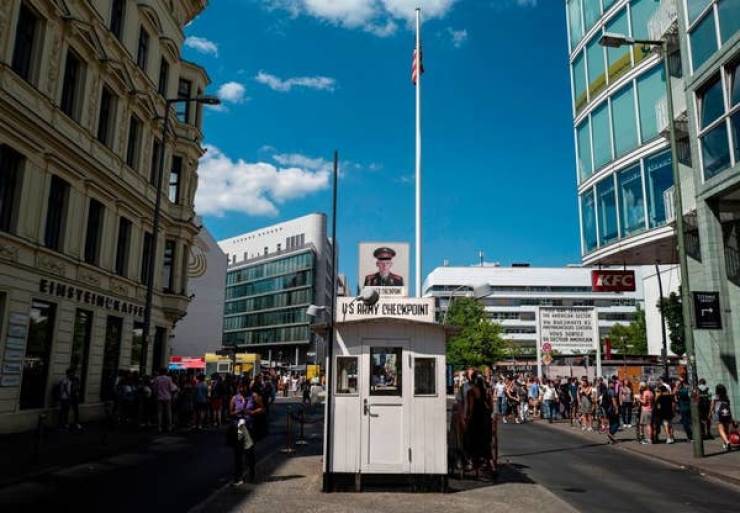 “The Bran (Dracula) Castle in Romania is overrated. It’s just like any other castle in the mountains of Transylvania, except more expensive and crowded to visit.” 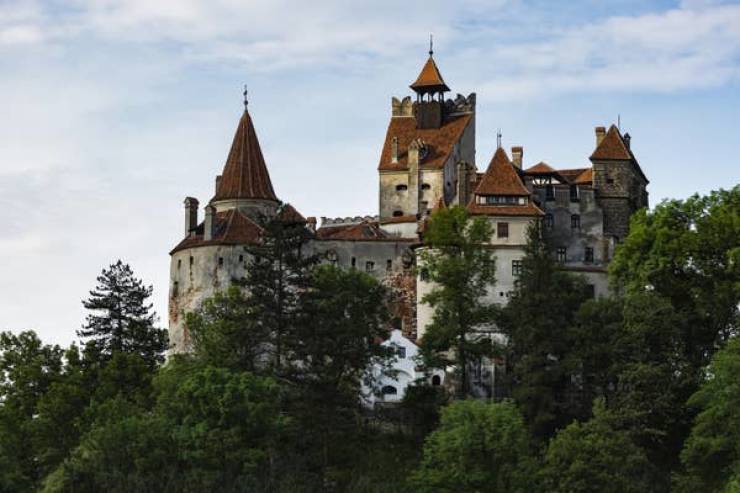 “For Iceland it’s the blue lagoon. It’s way too expensive (40-60€ for a visit) in a country that boasts so many natural hot springs. Not only is the entrance fee hefty, but everything there is expensive from the massages to 20€ avocado toast.” 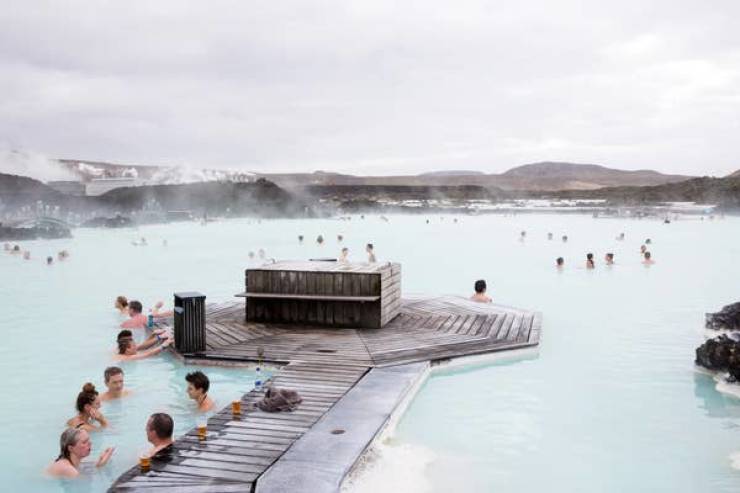 “When I visited Iceland in 2019, the Blue Lagoon was €100 so I skipped it and ate a nice dinner instead. I still visited three other natural hot springs for free.”

“Take it from an Italian and don’t spend much time in Venice. It’s extremely overpriced and caters to tourists who don’t know any better. Don’t plan on doing your shopping there and don’t eat out in fancy restaurants. Above all, don’t order fish or seafood à la carte. Restaurants are constantly trying to scam tourists for hundreds of Euros because in fine print the menu says the price is per 100g, not per plate.” 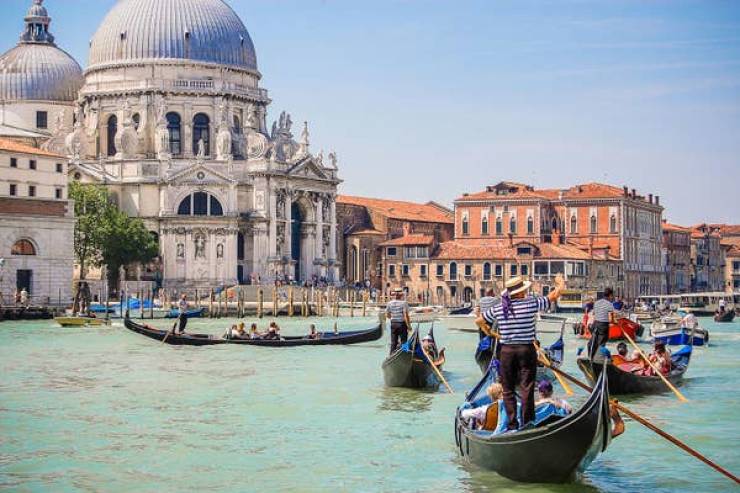 “Temple Bar in Dublin is huge with tourists, but it’s massively overpriced. Thankfully there are countless other pubs in the city, many of them just steps from Temple Bar.” 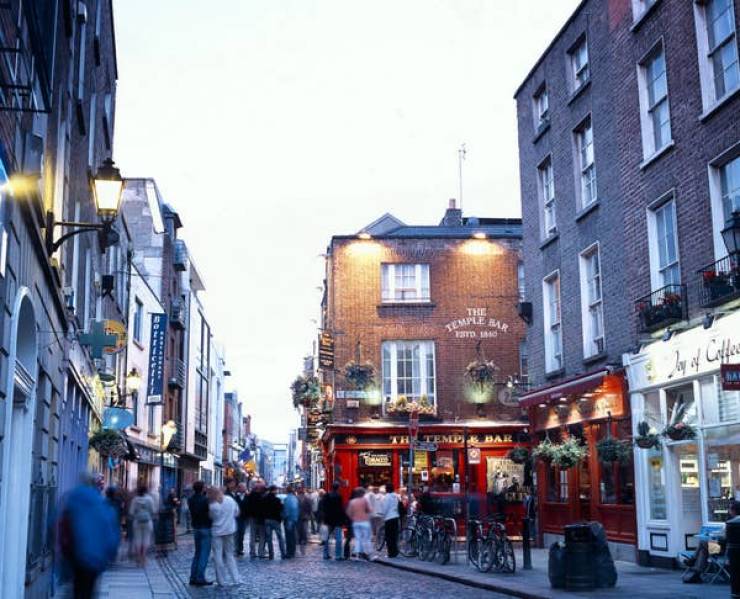 “In Edinburgh, be aware that the Royal Mile is very touristy. It’s nice to visit at dawn while it’s still quiet to enjoy the view, but don’t buy anything there. It’s all expensive. Also I don’t think it’s worth the price to go inside the Castle. You can get good views of the Mile and the rest of the city from the parking lot.” “In Copenhagen, avoid eating in Nyhavn. Definitely feel free to go there to walk around and enjoy the views, but don’t sit down at a restaurant. It’s expensive and you can easily find better food close by.” “In Spain, walk away from any restaurants that serve paella for dinner. We only eat paella at lunch, folks, and that is a sign of a tourist trap. And if there are photos of the food out front, that’s a bad sign.” “In Amsterdam, stay away from the ‘smartshops.’ They sell products that they claim contain THC, but the truth is smartshops do not sell weed. If you’re not buying that THC from a coffeeshop, it’s probably a scam.” “In Paris, don’t pay to go to the top of the Eiffel Tower. You’ll be shelling out 25€ and waiting when you can get the same view for free from the roof of Printemps Haussmann department store.” “In Portugal, the Algarve can be very touristy. As someone who is from there, here’s what to avoid and what to seek out instead. Stay away from the main towns, especially Albufeira, which is full of crowded beaches, tons of British tourists, and bars. Instead, visit the area around Sagres and the Vicentina coast, which are dotted with castles and gorgeous scenery. Monchique, Aljezur, Loulé and Tavira are great places to visit for nature and small, traditional villages.” “I’m from Portugal and everyone loves going to the Algarve on holiday., I can understand some of the hype because the beaches are great and you can pretty much count on good weather, but it is seriously overrated. Everything is crowded, the food is not that good, and everything is expensive. Instead, I would recommend the coast of Alentejo which has the same nice weather, much better food, nicer people, and is all around more fun.”

“In Budapest, never ever hail a cab from the street. Instead go with a ridesharing app like Bolt and use that. I’ve gotten into a lot of uncomfortable and shady situations by hailing street cabs.” “In Athens, all of Monastiraki Market near the Acropolis is filled with tacky tourist shops with overpriced, poor quality souvenirs. Not to mention there are tons of pick pockets in the square and the narrow roads around it. Don’t bother stopping here.” “When in Barcelona, don’t bother visiting Las Ramblas. It’s just a street filled with stereotypical “Catalan” shops that really have nothing to do with the culture here (restaurants serving frozen paella, Flamenco shops, and overpriced cr#p. Locals avoid these places like the plague and would never eat anywhere on Las Ramblas.” 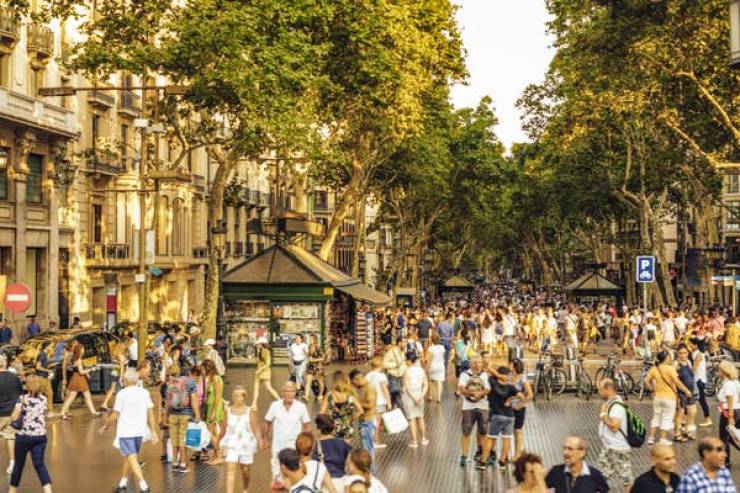 “The Champs Elysées in Paris. It’s an impressively big avenue, but it’s just made up of overpriced stores, crowded sidewalks and pickpockets. The only reason to go near this street is to see the Arc de Triomphe.” “Pisa. It’s basically just a photo opportunity, which is severely over-crowded by tourists and street vendors. Once you’ve taken the famous Leaning Tower of Pisa picture there’s not much else to do. Sienna, San Gimignano, Monteriggioni and Lucca are all way better places to spend your time in the region.”