Movies are great in combining the art of sound and vision. The latest technology that enables you to experience movies in dimensions can even make you feel like you’ve been touched. But aside from the advancements in technology, the goal that every director is trying to achieve is to bring his idea closer to the audience and make a film so remarkably captured and cut that will wake up your senses of smell and taste. When we think back to our most memorable moments of food-related films, we remember them having an almost supernatural power – through manipulations of pictures and sound mix, we swear we could taste some of the most delicious food made on screen. Over the years there were many films that tried to achieve this sensation, and in this list, we’ve aligned our top favourite movies inspired by food and the art of cooking.

In this movie, Meryl Streep, which plays the character of Julia Child, delivers an eminent, remarkable version of the famous chef. We could not think of other actresses that would deliver the personality, the idea and passion for cooking as Meryl did here. The film follows parallel storylines of Child’s training at Le Cordon Bley and the modern-day efforts of a struggling writer Julie (played by Amy Adams) to cook every recipe in Child’s cookbook in one year. The film is about the accomplishments of both women and the food they cook and be sure there is plenty of food in this movie. Here, we have a closer look at the life of Julia Child, who revolutionised home cooking in the USA, making it a kind of art.

It’s very rare that an animated movie, particularly one about a rat who hides in the walls of a French restaurant and dreams of becoming a professional chef, can present the beauty of elegantly prepared restaurant food. This comedy by Pixar proves that it’s never too late to follow your dreams and prove your talent and worthiness – even if you happen to be an animal associated with the plaque. Here we see Remy, a hard-working rat with culinary talents, who is given a chance to show his talent when the main chef messes a meal. Like any other animated movie, Ratatouille is about something much deeper rather than saving the day in the end. It’s a proof of persistence, passion and going against all odds in order to follow your dreams even when nothing seems to work in your favour. This movie proved to be a success to both younger and more mature audience for entirely different reasons, make sure to watch it if you missed it.

This is a very raunchy animated comedy coming from the writers of Superbad, and while it is animated, it’s definitely not suitable for kids under the age of 18 because of the strong language and explicit visual content. In this movie, Frank, the supermarket sausage played by Seth Rogen looks forward to the day when he and his package pals will be chosen by the Gods (humans) and taken to the Great beyond, alongside his girlfriend, the hot-dog bun. Unfortunately, a jar of honey mustard is returned to the store with a story of what really happens out there. In the chaos and denial, the sausage, the bun, a bagel played by Edward Norton and a lavash are left stranded across the store, planning to strike back. The jokes rely on overabundance and sexual innuendo, but many are surprisingly good and worth a laugh. If you are attracted by the title and story, check out this Sausage Party slot game that will surely keep you entertained. This game is somewhat inspired by the movie, and the beautifully designed symbols and outdoor barbeque party vibe will definitely make you want to heat up the grill and prepare a tasty dish. 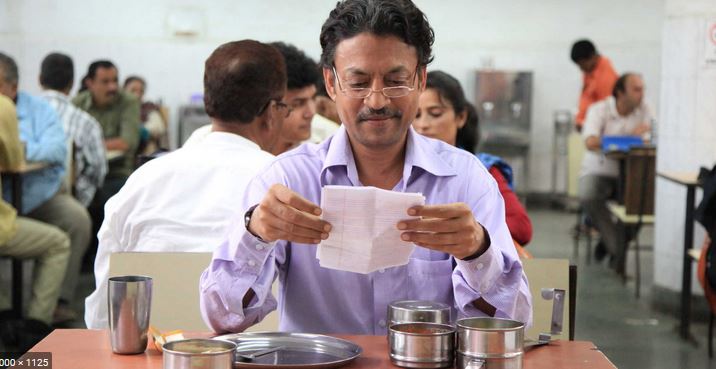 This one comes from the Indian cinematography, produced by studios coming from France, Germany and the US.  This film was a big box-office success back in 2013, nominated for Best Film outside English language category on the British Academy Film Awards in 2015. This is a story about a lonely housewife that prepares lunch for her busy husband at work. Her meals along with the notes she sends to him are mistakenly delivered to a widowed man. In no time they begin a pen-pal relationship by hiding their letters in the lunchbox. Somewhere between the beginning of a romance and fast-paced life, you can’t help but notice the delicious Indian food prepared from Ila, the staying-at-home wife. She even uses her cooking skills as a way of expressing love and spice things up with her distant husband. However, destiny decides to go in a different direction and these two begin to share stories about their lives, falling in love around some truly good-looking and tasty dishes.

Previous 25 Awesome Comparisons Of Places: Then VS. Now
Next 21 Cats That Really Hate Books