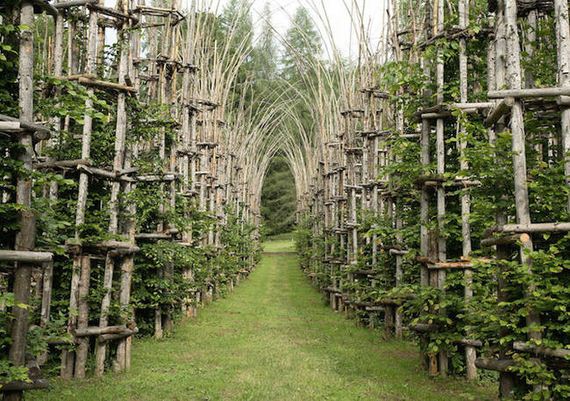 Each column consists of 1,800 fir poles, 600 chestnut branches, and 6,000 meters of hazel branches held together with wood, nails, and string.

In 2001, Italian artist Giuliano Mauri began work on an outdoor architectural installation near the foot of northern Italy’s Mount Arera. He would continue to work on the impressive project until his death in 2009. The following year, his creation was finally completed by those who now view it as a memorial to the late artist.

The finished sculptures form hallowed grounds named Cattedrale Vegetale, or “Tree Cathedral.” This gorgeous blend of nature and spirituality will uplift any visitor lucky enough to soak in its beauty in person.

The structure is formed by 42 ivy-covered columns separated in five aisles. 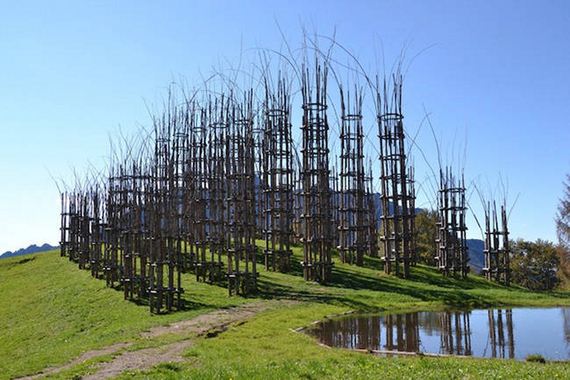 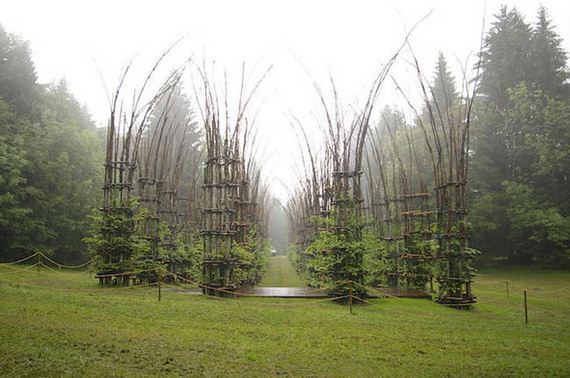 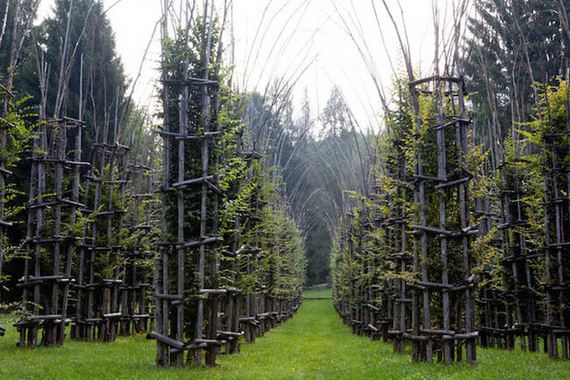 Eighty hornbeam saplings flower and fade with the seasons inside the columns. 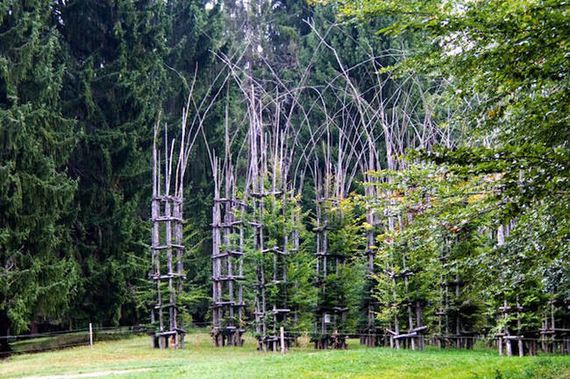 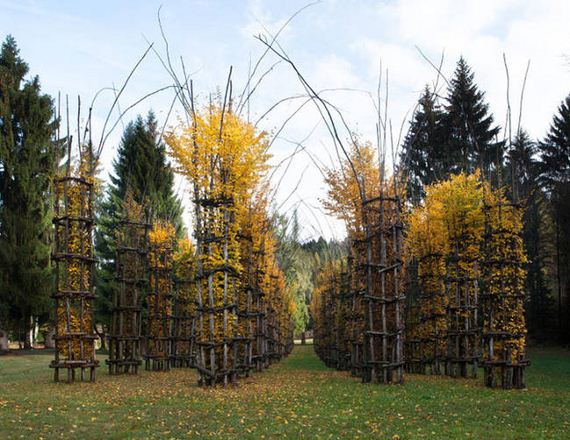 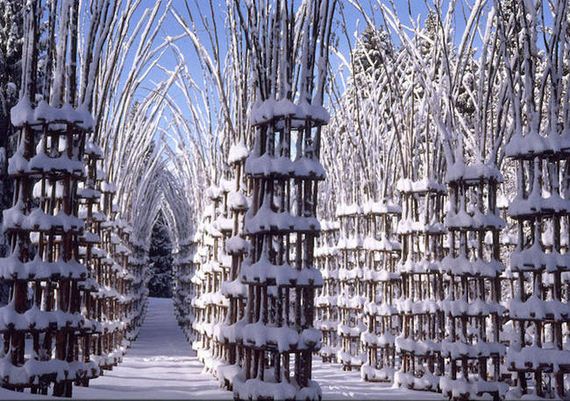 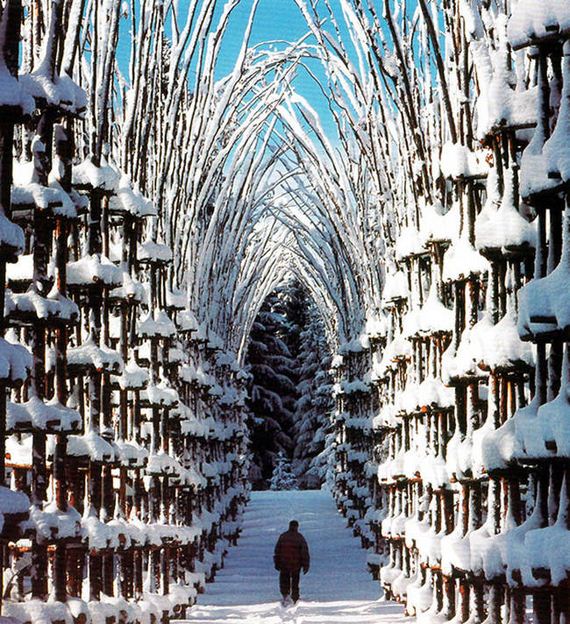 As the columns decay, the trees growing within them will remain, keeping the cathedral intact forever. 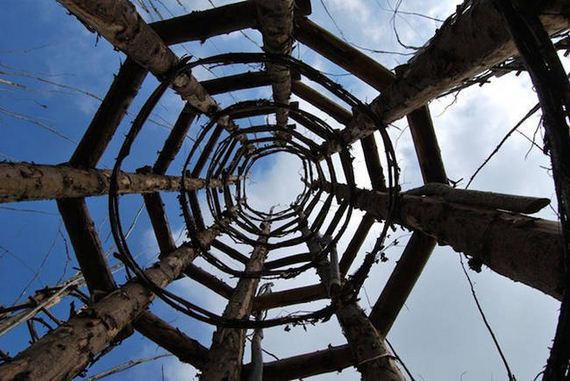 I can’t imagine the feeling of seeing this amazing creation in person. I hope I get to find out what it looks like up close one day.