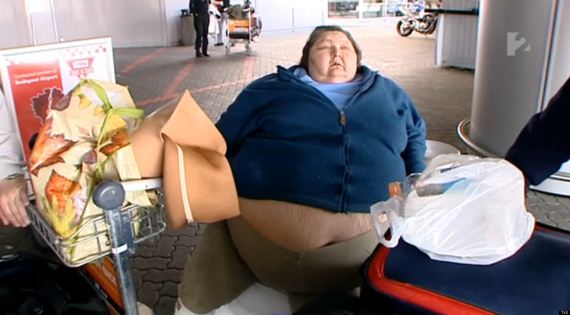 Vilma Soltesz died in Hungary in 2012 after Delta, KLM, and Lufthansa apparently wouldn’t allow her to come home to New York on their planes.

This is Vilma Stolesz back in October 2012. 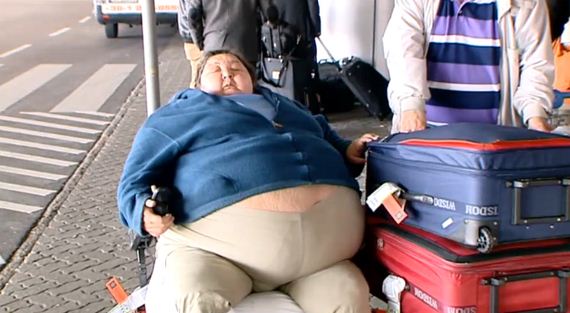 The New York Daily News claimed she was allegedly barred from flying back to New York City from her holiday home in Hungary for being too fat by three airlines: Delta, KLM, and Lufthansa. Shortly afterwards, she died back at the holiday home.

The paper said her husband, Janos Soltesz, 57, “settled his $6 million lawsuit against the airlines” in late August, according to court documents.

The Daily Mail reported that the suit says the airlines sent him and his wife “on a debilitating ‘wild goose chase’” which ultimately killed her. 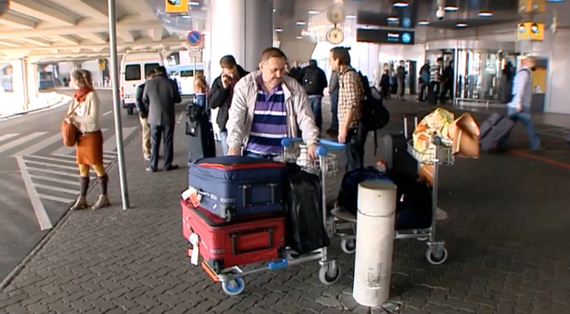 At the time she weighed 407 pounds, and had a partially amputated left leg that left her wheelchair-bound.

According to the paper, she began feeling sick on 2 October but was cleared to fly so she could get medical treatment back in the US. 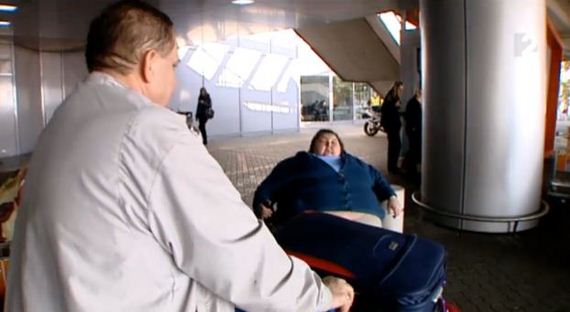 But apparently there were broken seats on the KLM plane which meant she couldn’t move into them from her wheelchair. 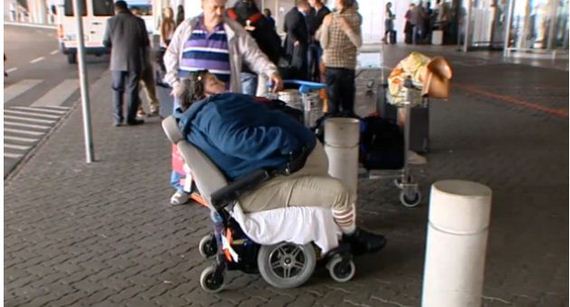 According to the Daily Mail: “After waiting in a Budapest airport for more than five hours, the couple drove to Prague to catch a Delta flight they were assured could accommodate them. But Delta did not have an adequate wheelchair to transport Vilma Soltesz to her seat, the suit added.”

She was then told to get off a Lufthansa flight because passengers were apparently being delayed and needed to catch a connecting flight. Nine days later, she died.