Young-sung Kim, an artist from Seoul, Korea, paints hyperrealistic pictures that look too real to believe. 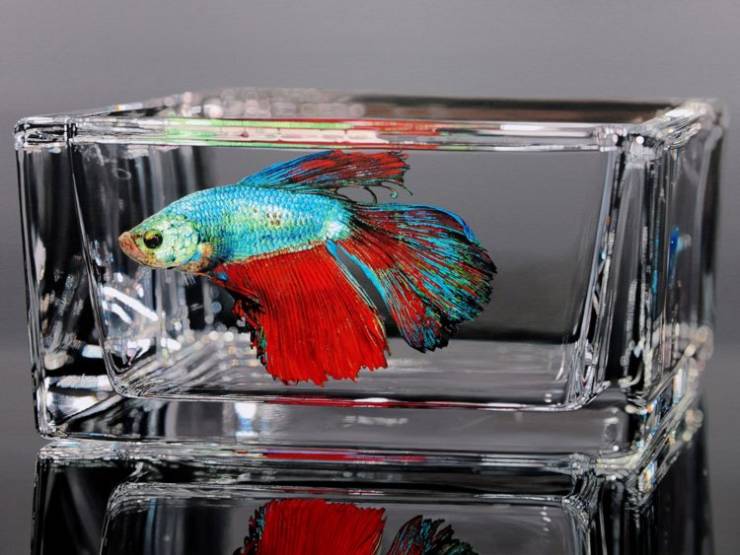 Kim, 46, uses oil on canvas to create the stunning paintings that can look more realistic than photographs to the naked eye. 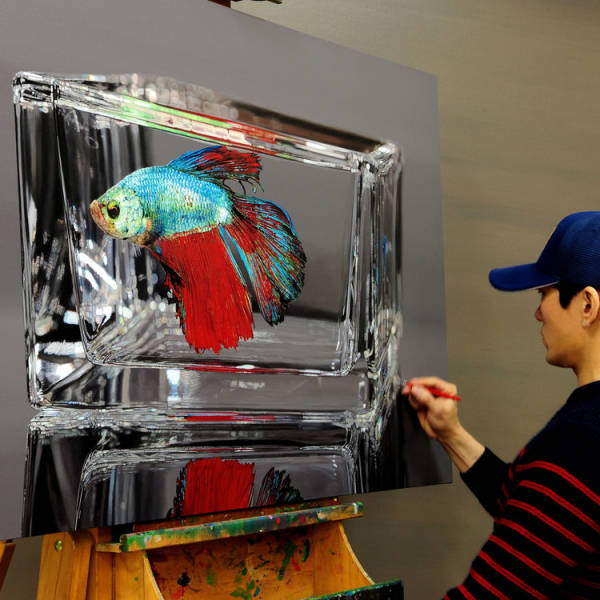 Insider spoke with Kim about the process of creating what he calls “an advanced, extreme hyperrealism that precedes any reality — more real than photographs and high-definition monitors.” 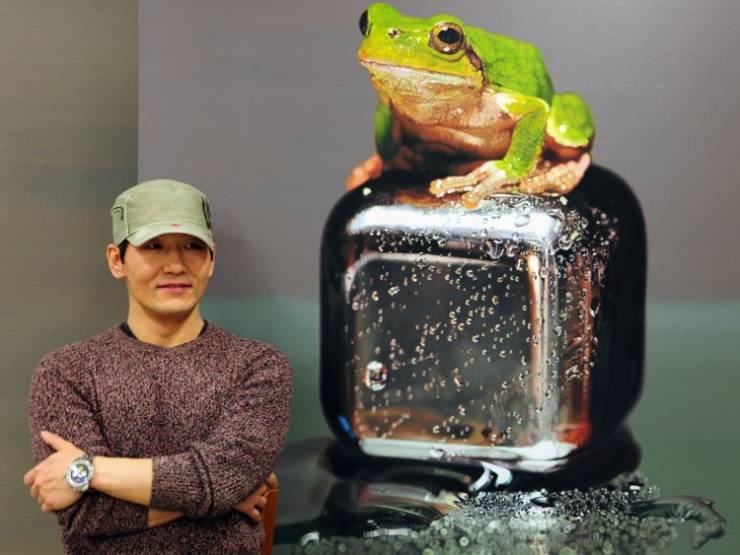 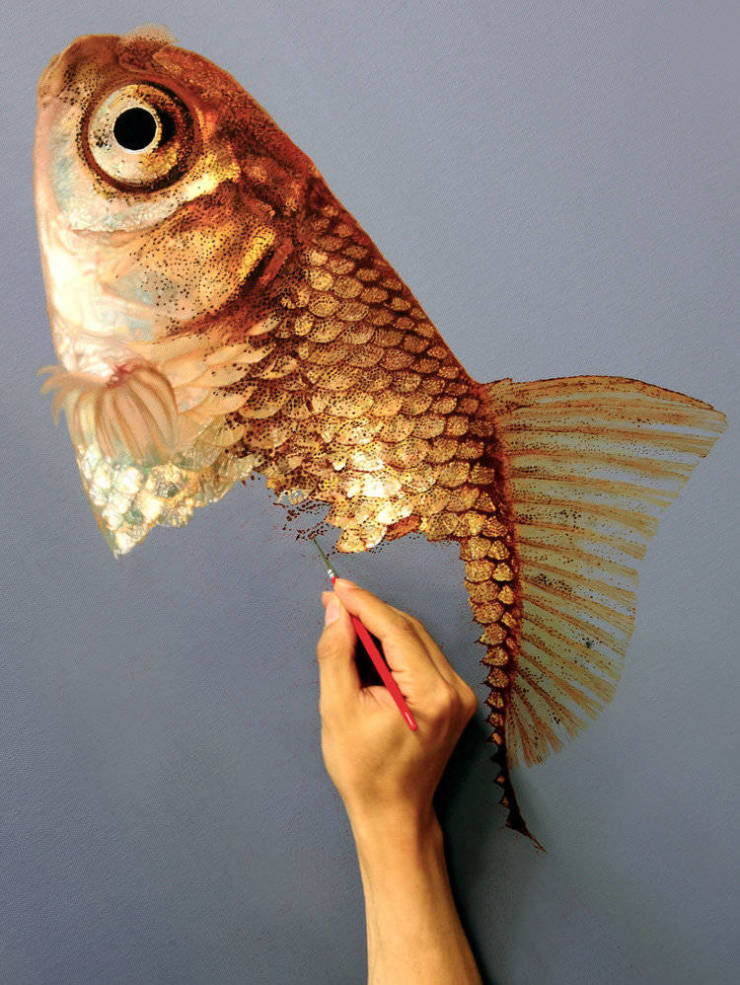 Kim told Insider that he works 12 hours per day. 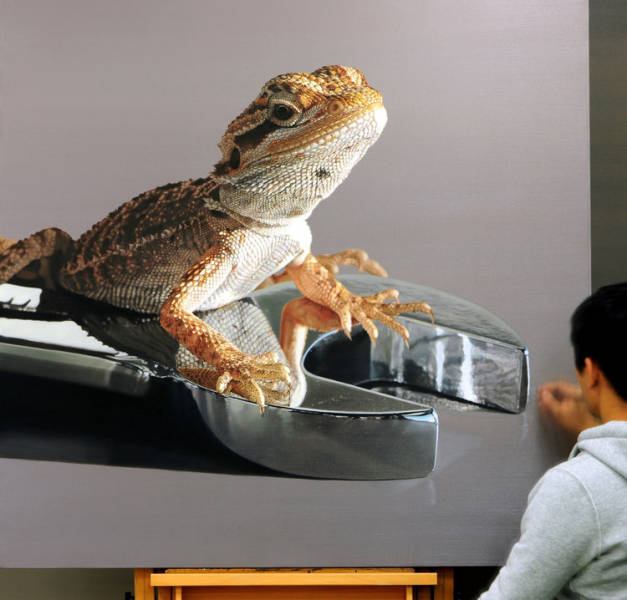 According to the artist, each of his paintings can take anywhere from three to 10 months to complete. 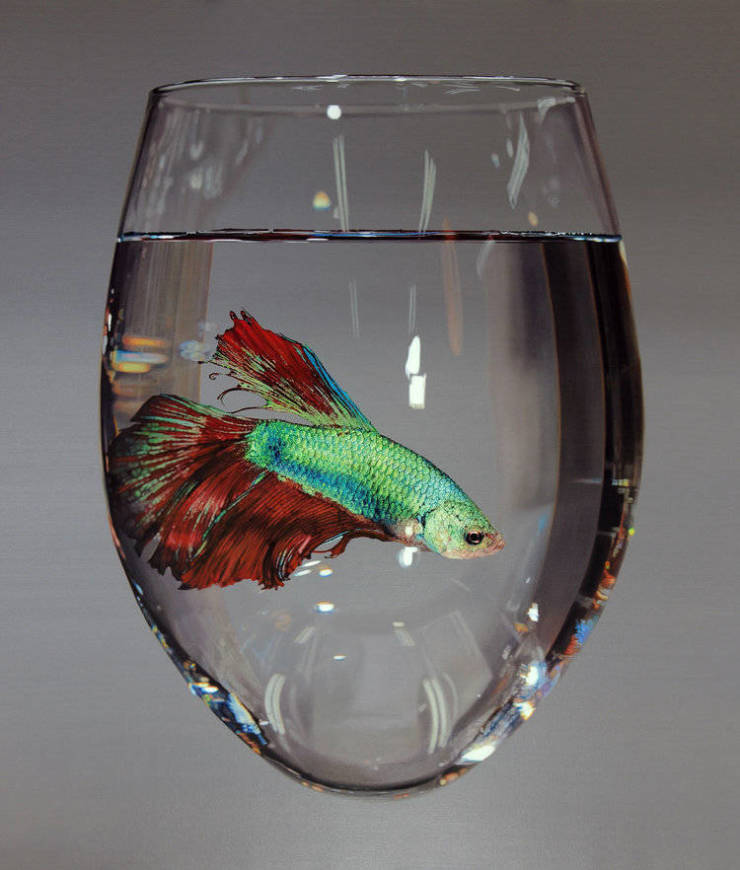 Kim’s infatuation with small animals started when he was a young boy. “I’ve been collecting, observing, and studying them since I was a child,” he told us. 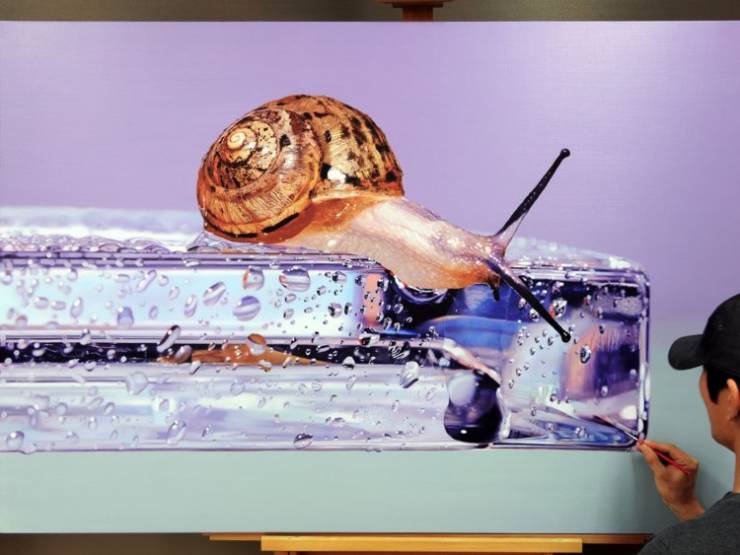 “I was amazed at the detail and the subtle colors that I saw in my work, just as I looked through a microscope,” he added. 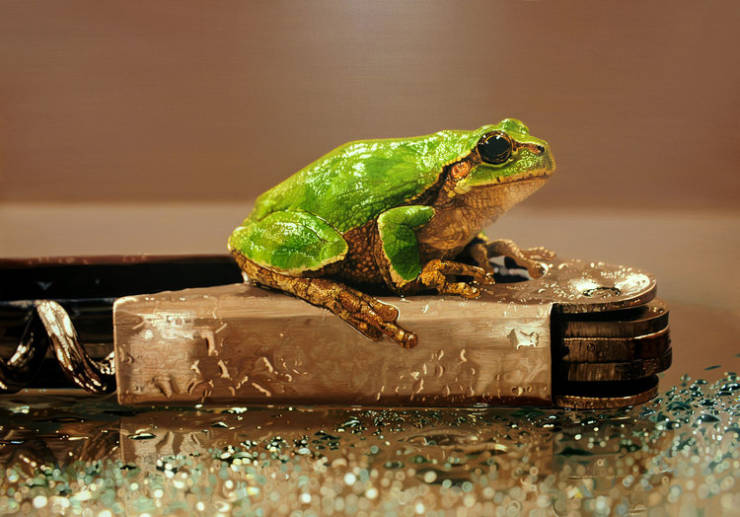 “I remember that when I was nine years old, I was drawing a specimen of cicadas and I was amazed at the feeling of both great emotion and disappointment about it not being my best,” he said. “Then I told myself ‘I will become an artist!'” 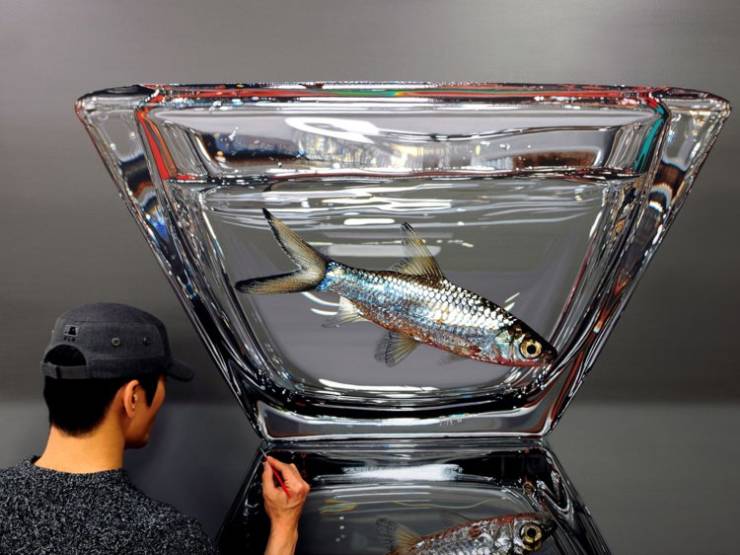 Beyond challenging himself to make art that looks “more real than reality,” Kim creates his hyperrealistic paintings with a larger purpose. 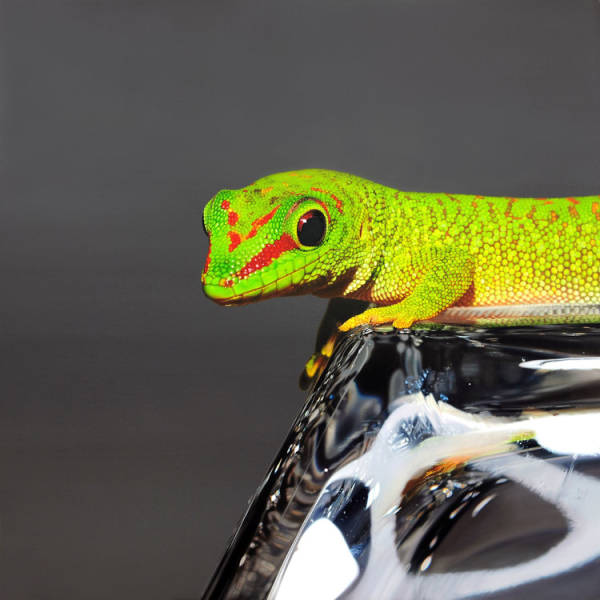 “I have chosen my genre as hyperrealism because people in today’s society think of animals and nature as methods of ornament, experiment, and edibility,” he said. 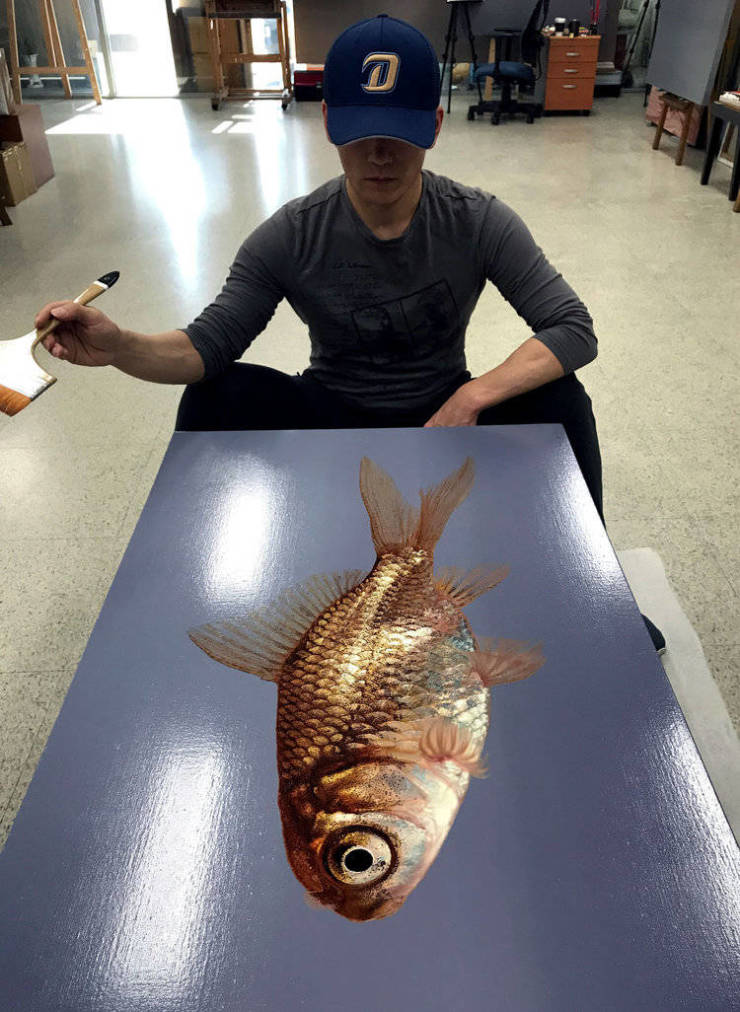 “My genre may be able to make the people think twice about the unintentionally abusive nature of their behavior towards animals and nature,” he added. 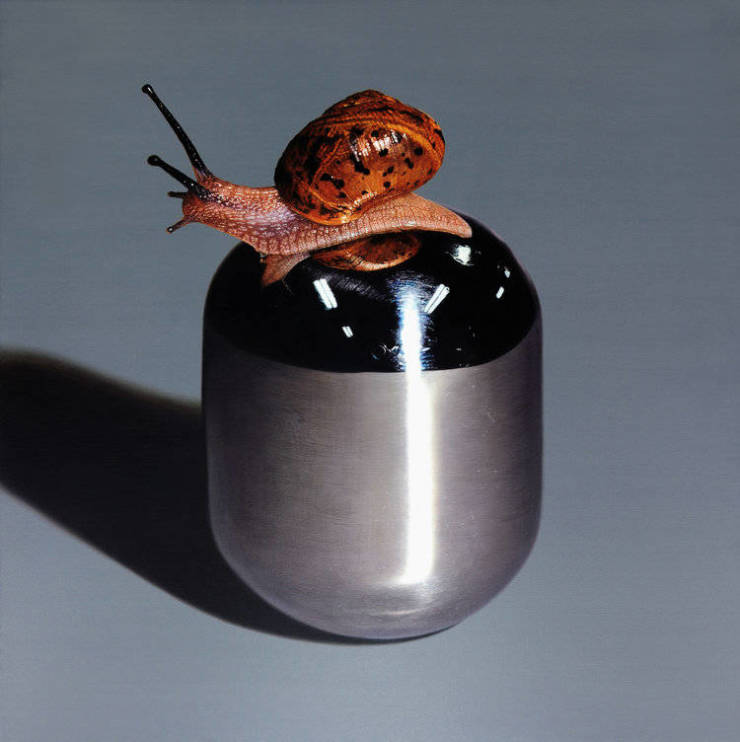 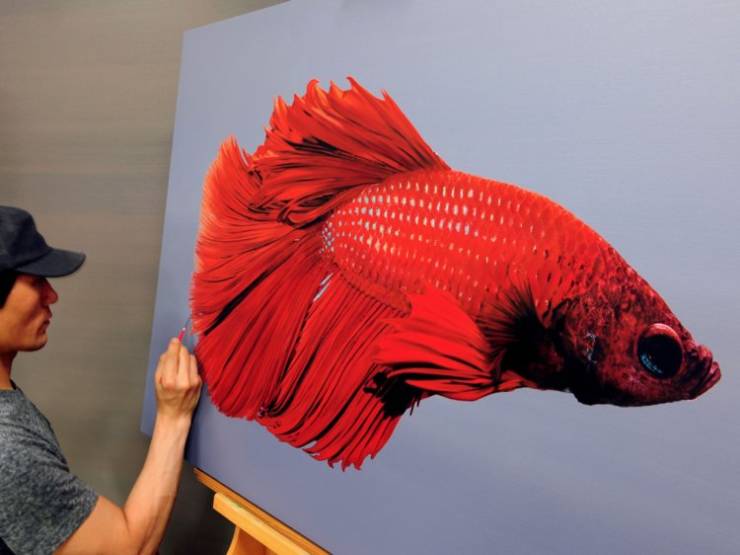 Kim has painted many creatures throughout his career, but his favorite work so far is the bumblebee he recently completed. 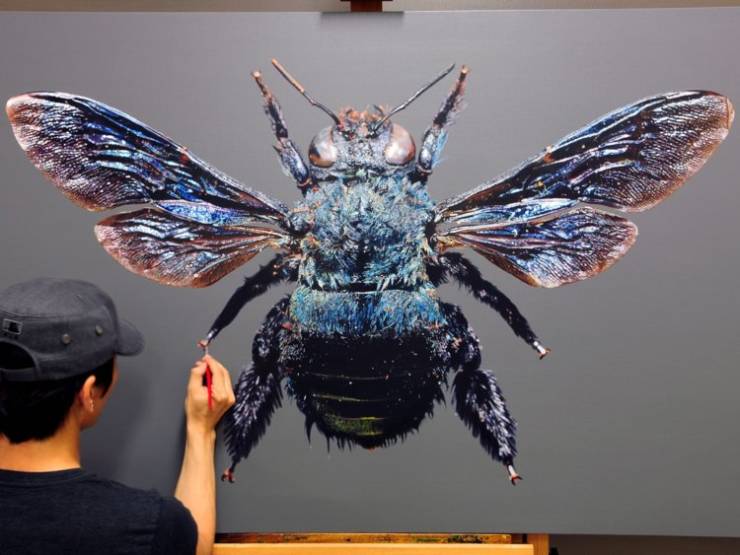 “Despite working enormously hard and doing my best, it took a long time — more than a year,” he said, speaking of the painting. 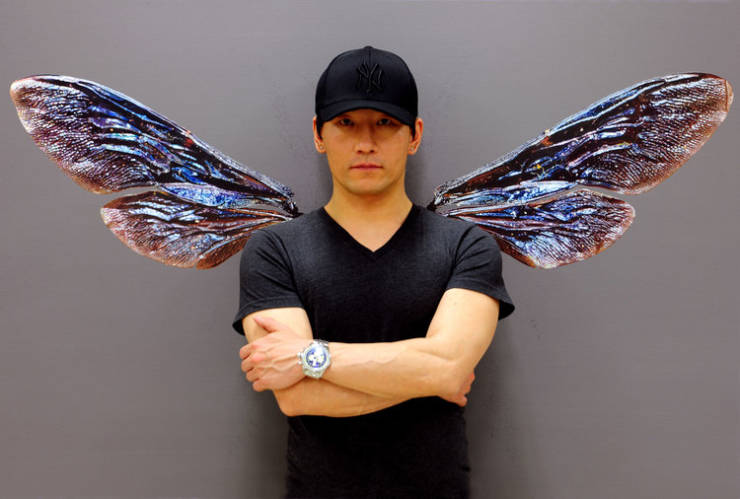 Kim cited Gottfried Helnwein, Jeff Koons, and Pablo Picasso as the artists who most influenced his own creative identity. 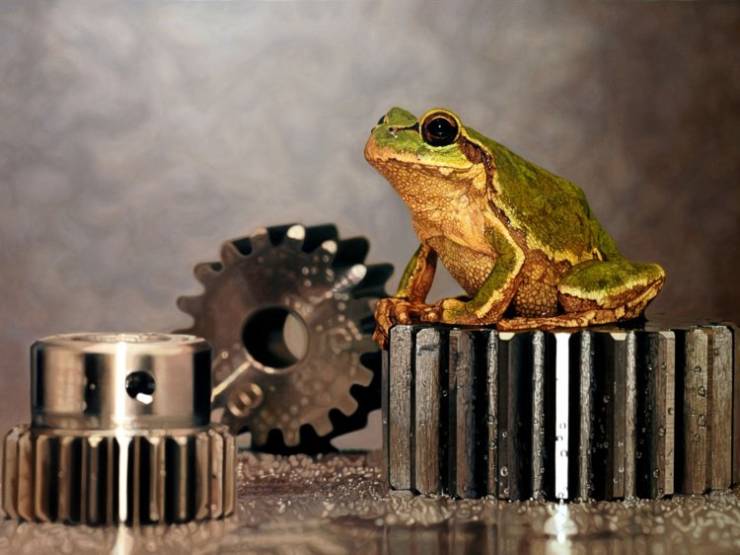 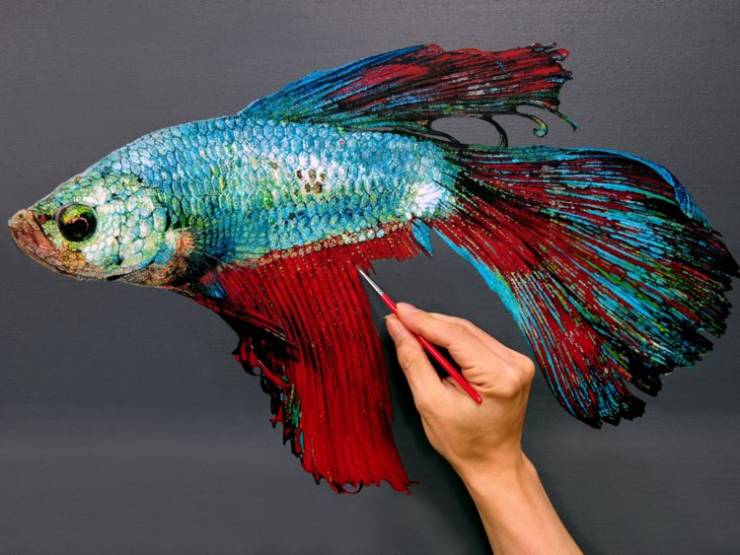 You can see Kim’s work in person at Waterfall Mansion in New York City, Plus One Gallery in London, UK, and The Studio in South Korea. 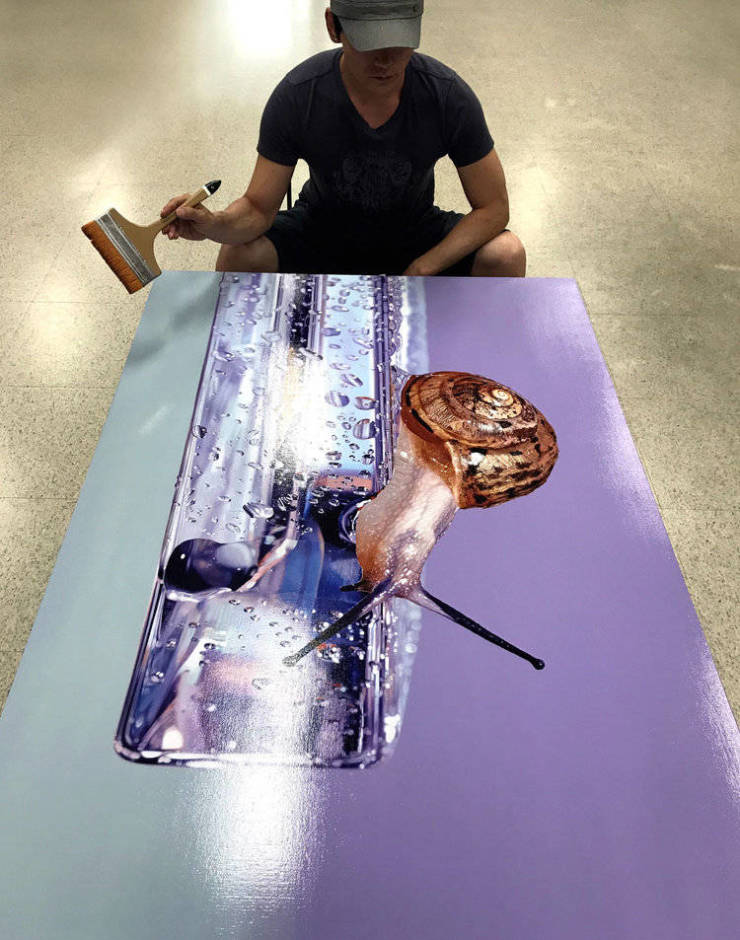