Awesome Photos Show A Young Octopus With A Transparent Head

During a recent dive, underwater photographer Wu Yung-sen had a rare opportunity to shoot a larval Wunderpus octopus… 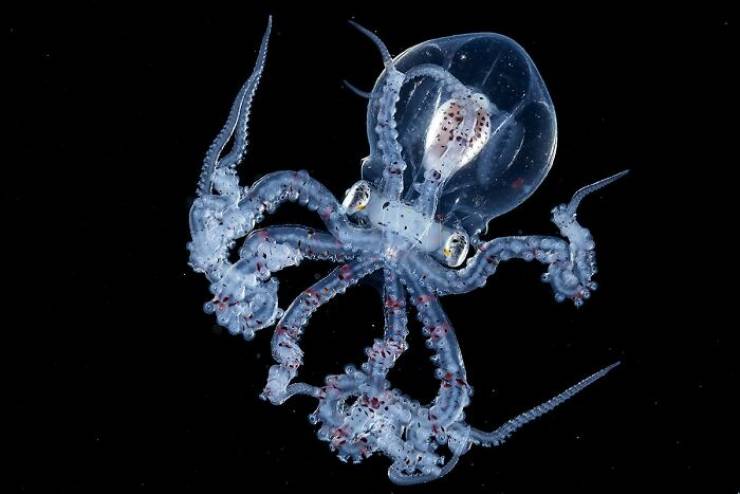 The incredible images highlight just how delicate this creature is; the baby’s transparent body allows an observer to even see its brain 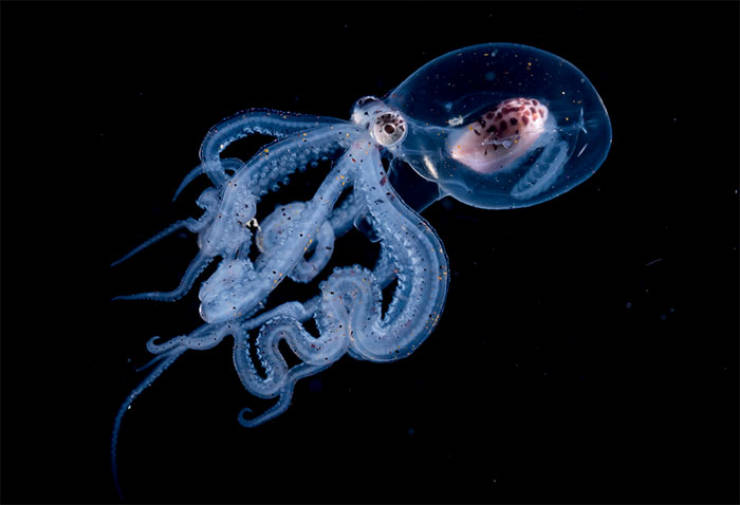 The Wunderpus is important to not only photographers, but dive tourism and home aquarium trades as well 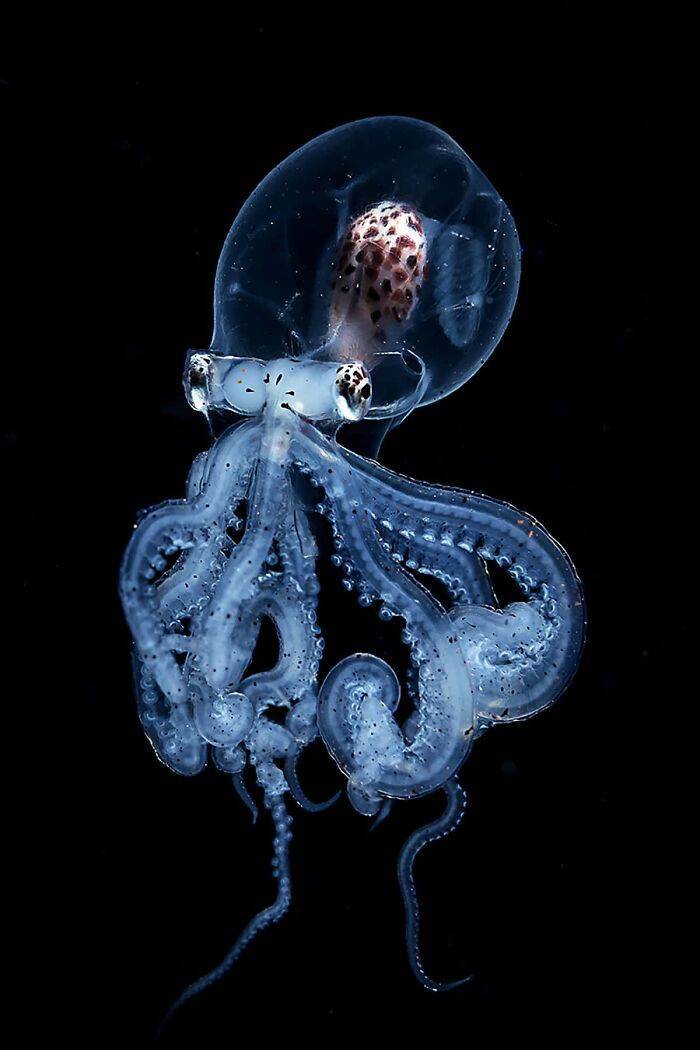 However, little is known of its life history and behavior, as the species was discovered in the 1980s and only officially described in 2006 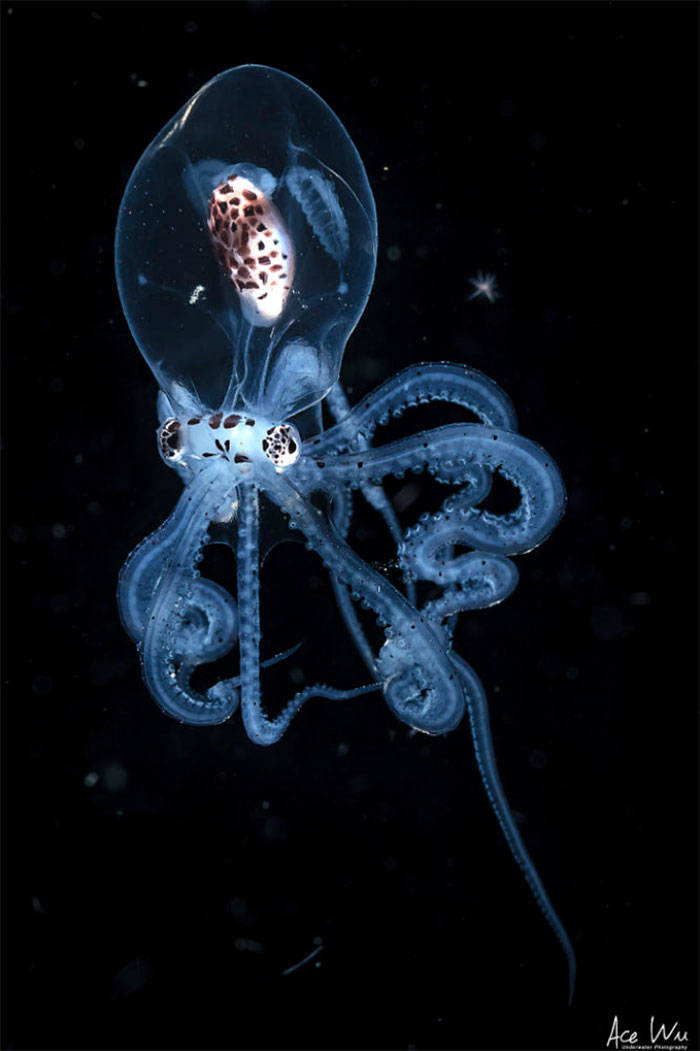 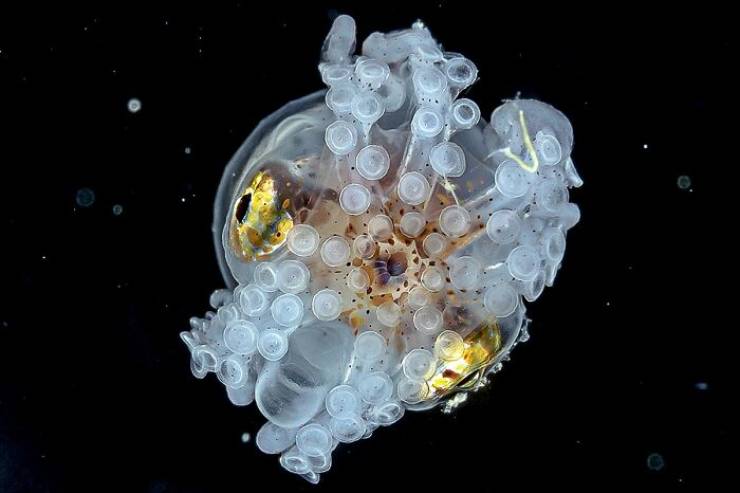 “I heard about blackwater photography during a conversation with my friends and I immediately started working in this unique field,” said Wu Yung-sen. “First of all, you must learn the characteristics of blackwater creatures. Then you have to understand which areas are suitable for this activity, how to attract blackwater creatures, and how to keep yourself safe.” 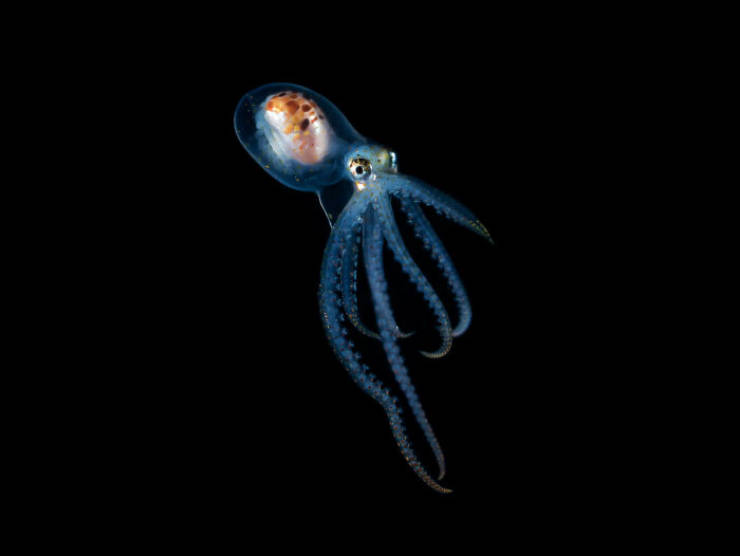 Wu Yung-sen said that after one completes all the above, everything basically boils down to luck. “I come back with nothing from most of my shoots.” 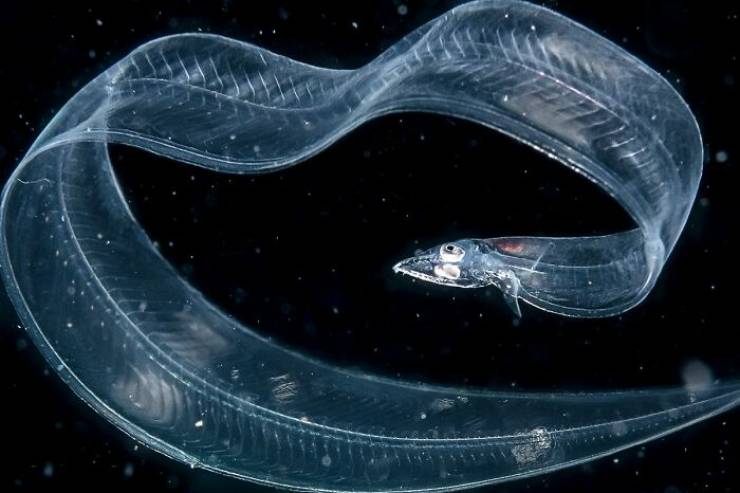 “I would be lying if I said I wasn’t scared in the dark. However, the desire to find these strange creatures gave me the power to overcome fear,” the photographer said 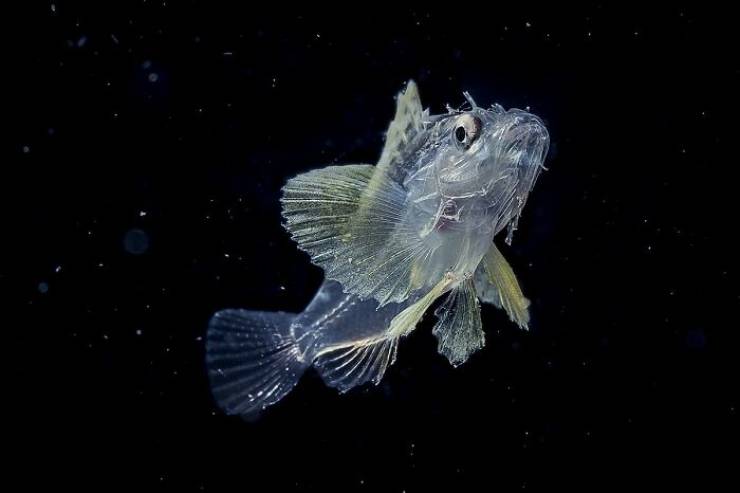 When it comes to actually pulling off the desired shot, Wu Yung-sen said the most difficult thing to control is the reflection of suspended particles matter in water. “If the position of the underwater flashlight is wrong then the subject will not be sharp enough.”

“Getting the correct light will reduce the reflection of suspended particles and the subject will stand out in the photo. In addition, most of the blackwater creatures are transparent, and the eye area is easy to overexpose.” 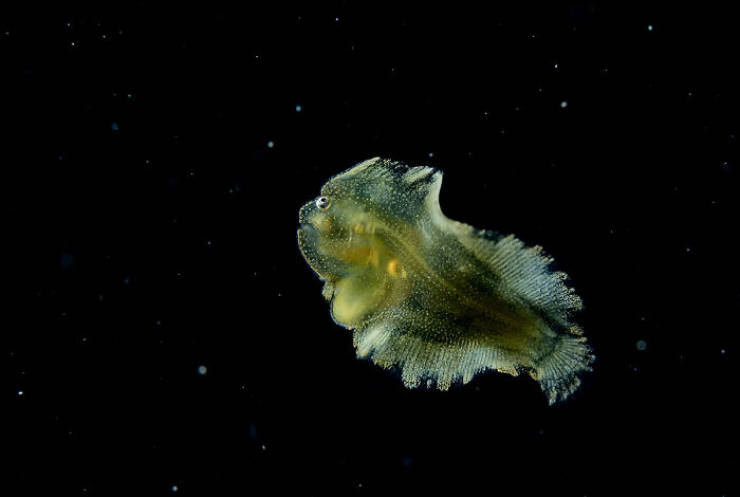 “For underwater photographers, capturing blackwater creatures is a privilege” 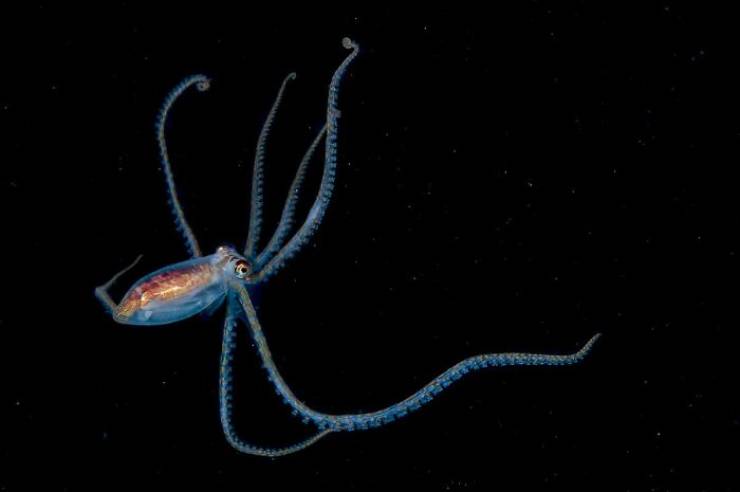 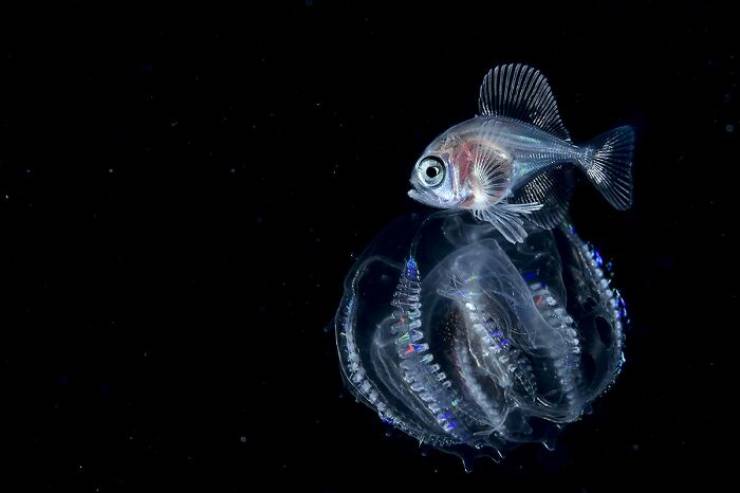 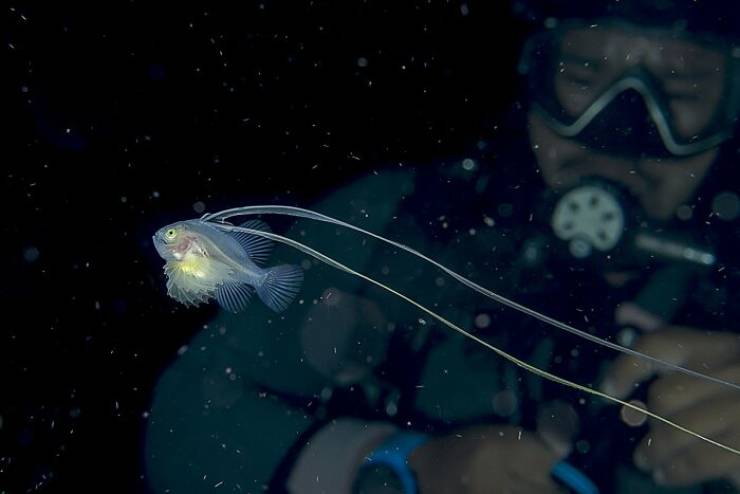 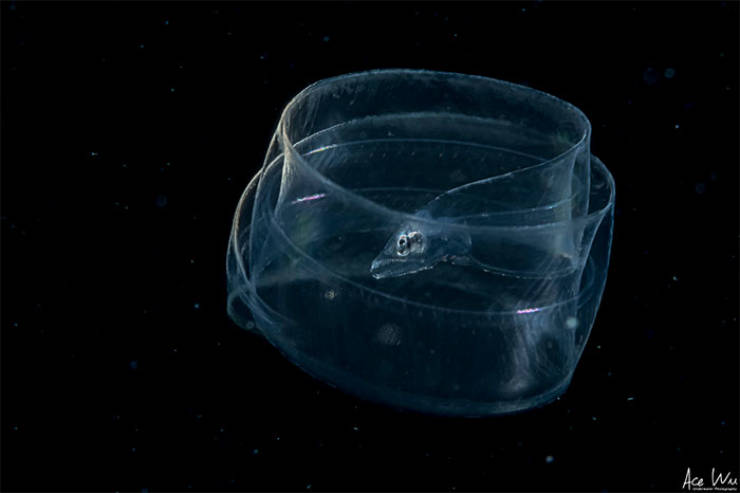 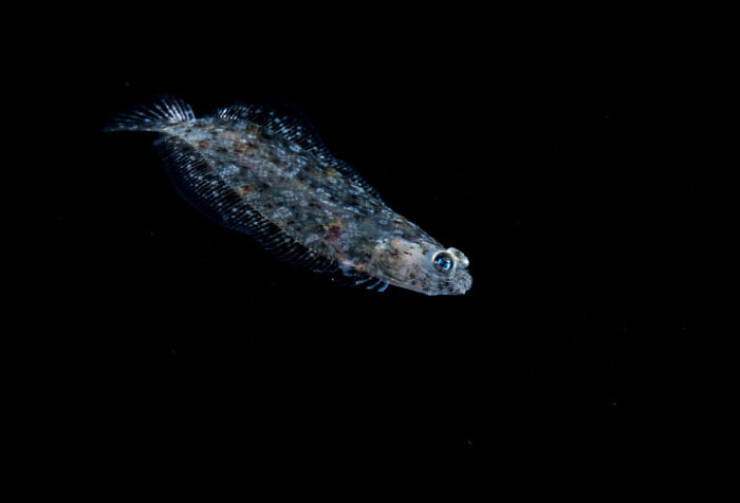 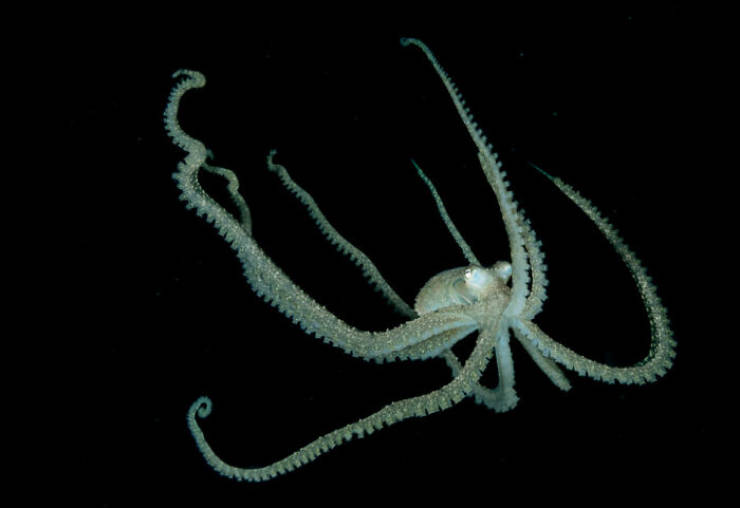 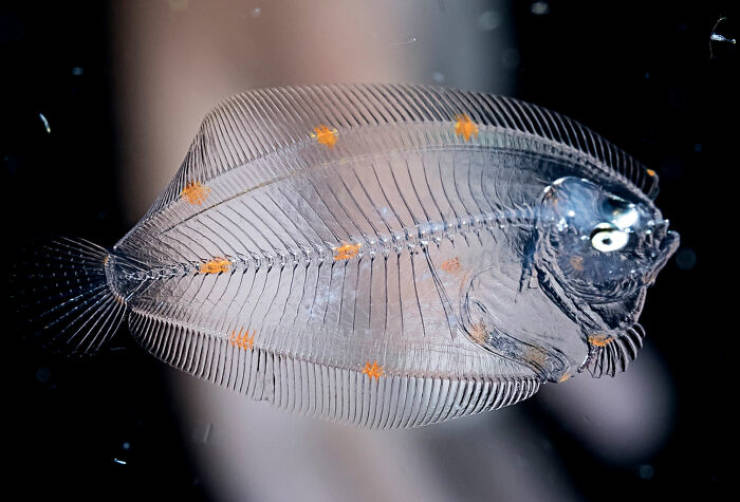 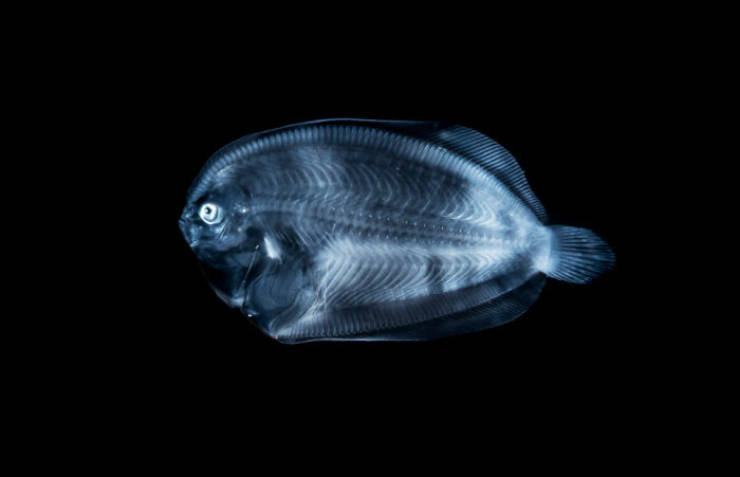