It might look pretty cheerful and have that gingerbread cottage/fantasy vibe, but make no mistake, the Winchester Mystery House is extremely creepy. 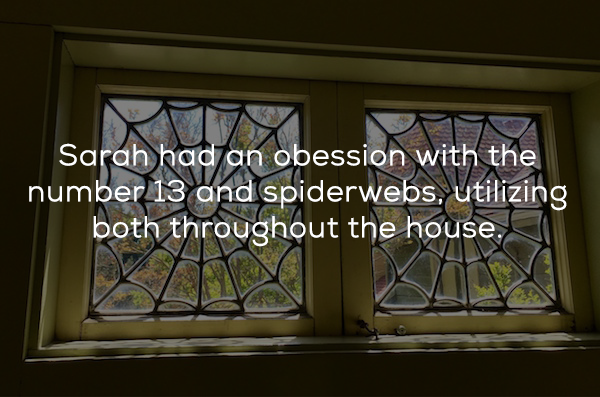 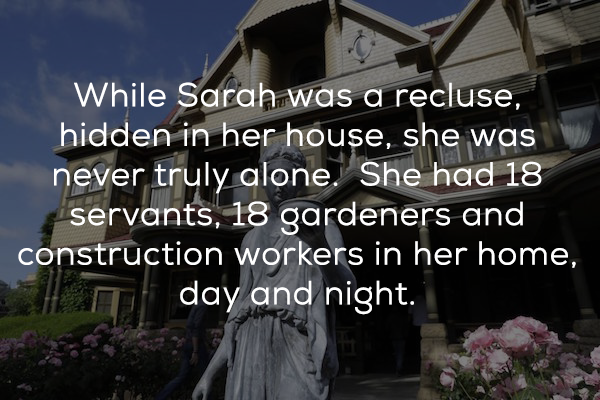 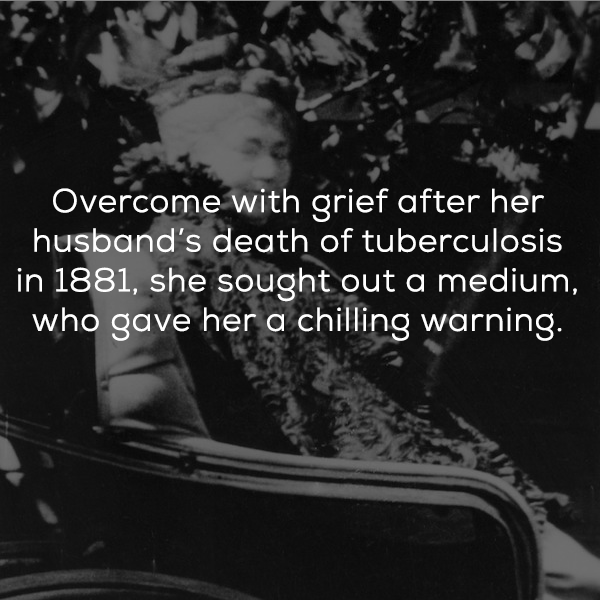 After losing her 6-week old daughter and her husband, Sarah Winchester was in a tailspin. The medium told the widow that the tragedies that had befallen her were a result of the blood money the family made off of their rifles. In return, vengeful ghosts were coming for her, so she needed to build a never-ending home for her and the ghosts. She was required to continue construction indefinitely. If she kept building, she’d live. Stop, and she would die. Sarah purchased an 8 room farmhouse in San Jose, California and began building. She employed a crew of carpenters that worked 24/7 for a world-record of 38 years. When she was discovered dead, it’s reported that all the workers just walked away from what they were doing. 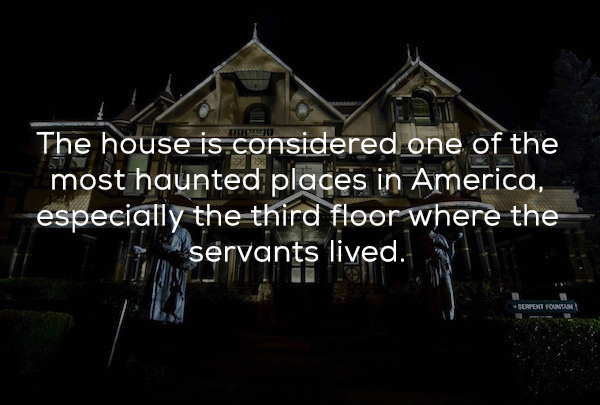 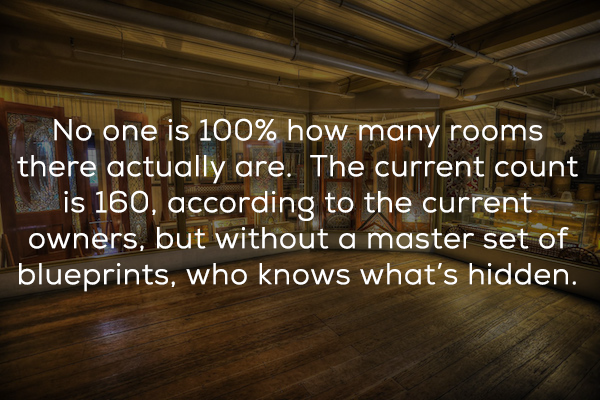 After her death, the house became a tourist attraction and it was decided by the new owners that they’d renovate to make it safer. 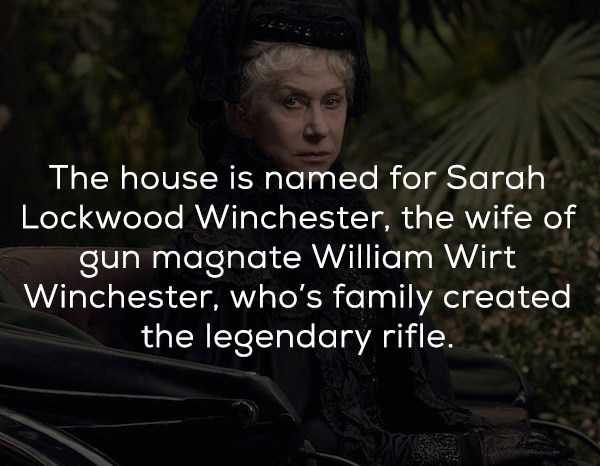 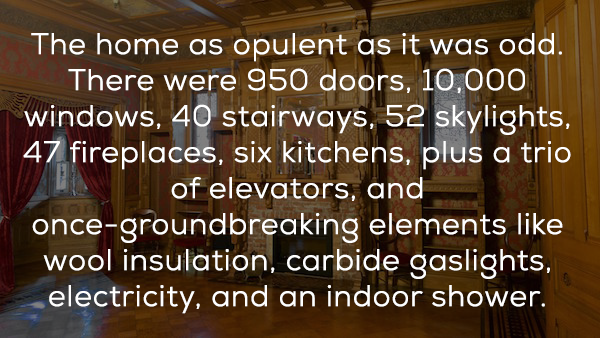 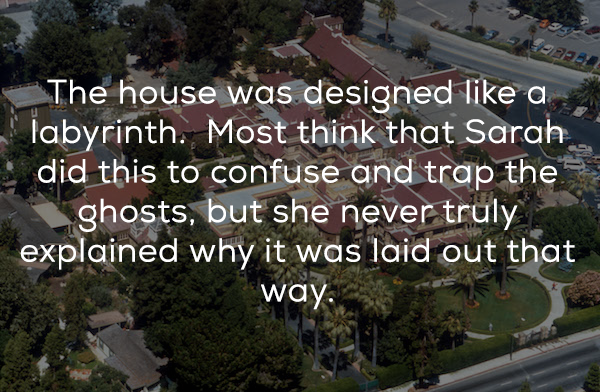 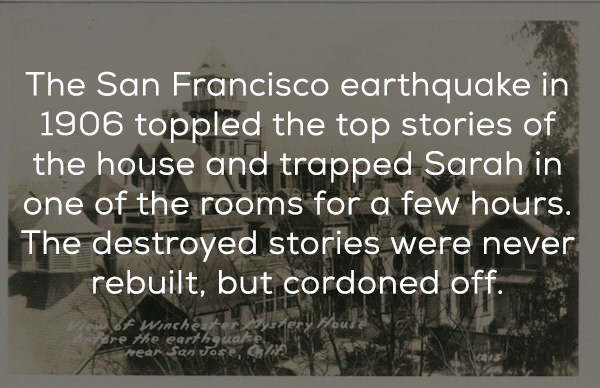 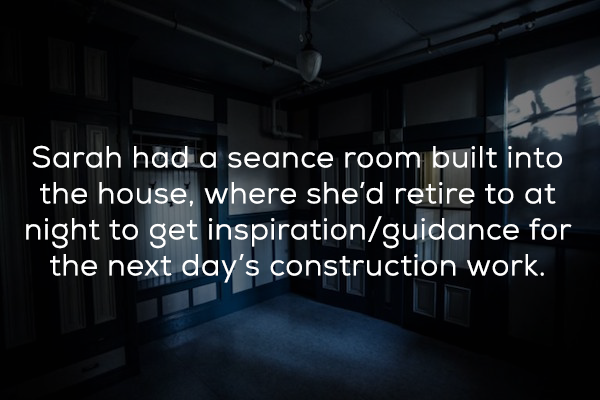 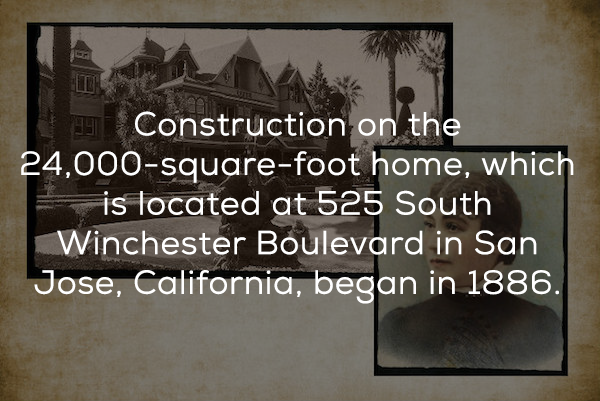 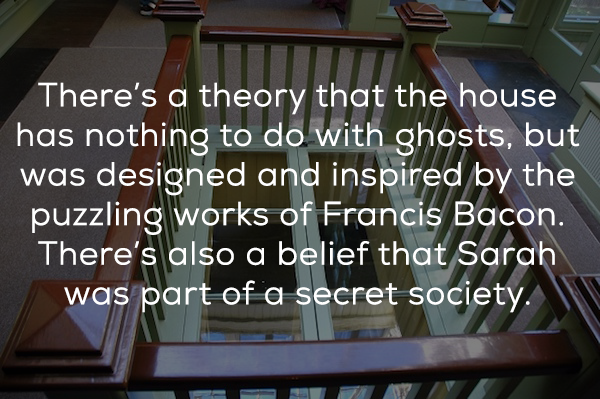