Do You Know What These Things Are?

“What are these? found on a sidewalk, they’re made of glass, no lights inside. just an arrow” A: “Skylights for the basement of the building they are in front of”

“Other than some unnecessary fencing, what is this thing on my neighbor’s balcony? Can’t read what’s written on the side. Some kind of wind catcher on the left.” 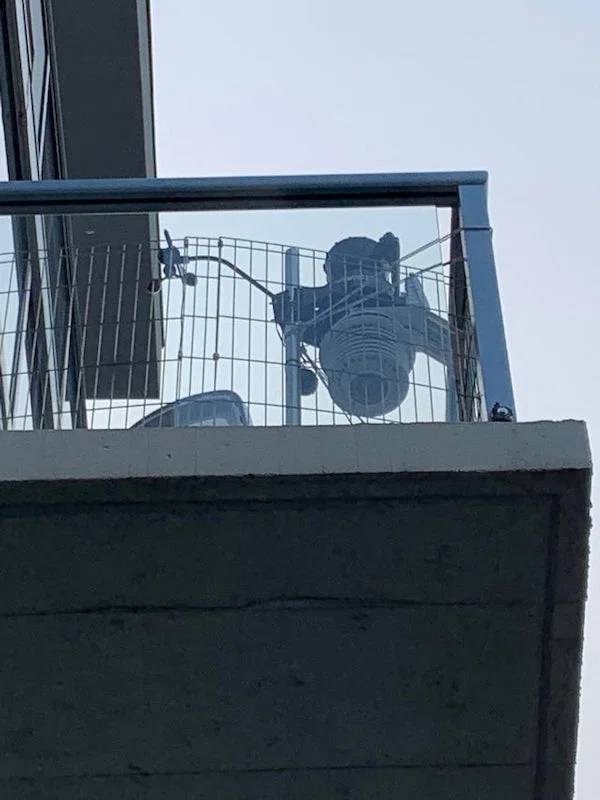 “Found these in my car. Any clue what they might be for? (2 cents for scale)” 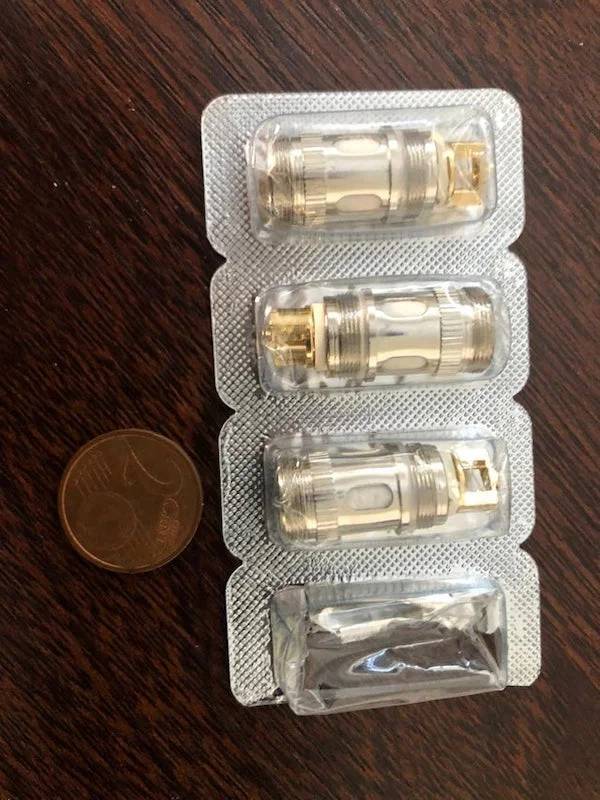 “Found this odd orb while camping. It weighs about five pounds and feels as though it’s made of solid concrete. Tried to break it on the ground but it broke the asphalt without getting a scratch.” “What’s this? Turned up at my partners cousin house. The black part is like a file. And the gold plated collar moves up and down.” 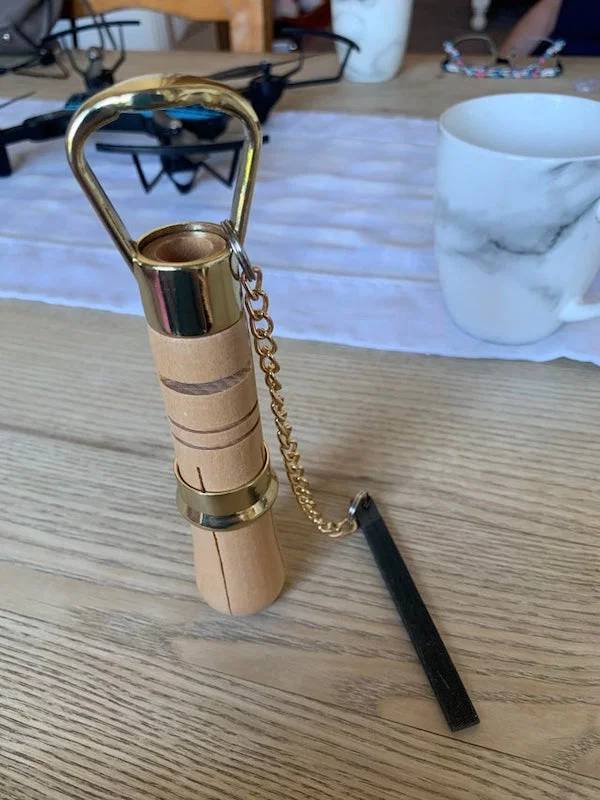 A: “Pool cue tip restoration device. It clamps to the end then you can file it flat.”

“Aluminum with spring-loaded handle. Possibly a piece of lab equipment.” 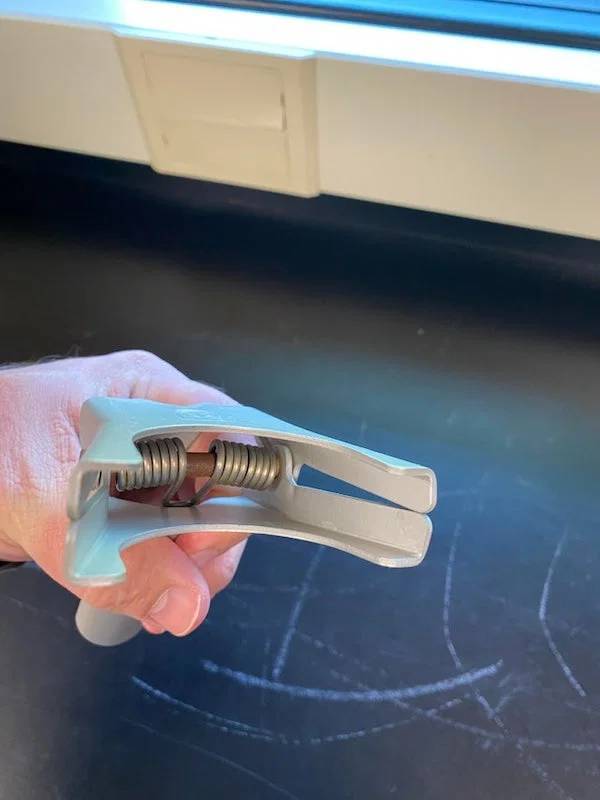 A: “It’s a clamp to hold glassware together for filtration or distillation.”

“Found in a hospital garden in Germany – what is it? It looks like it was built to rotate” A: “It is a wheelchair accessible merry-go-round!” 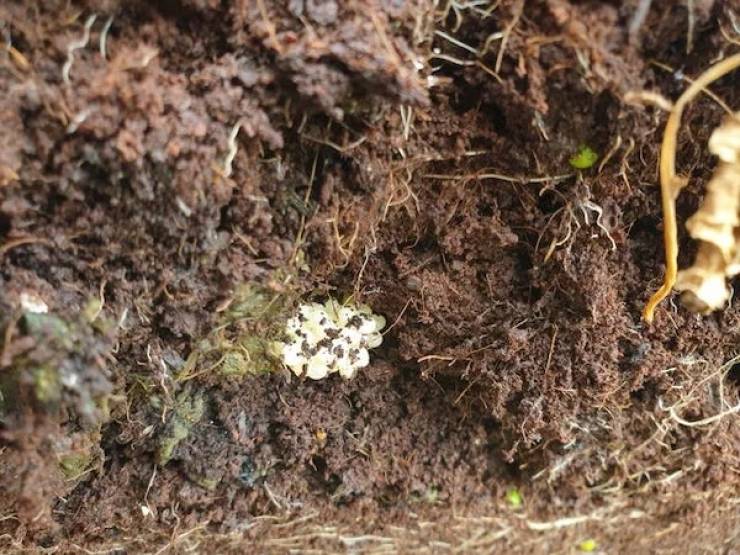 “What is this key? My uncle left it behind after he died. Has his name and number on the other side, attached to his main keyring.” A: “It’s likely just a name tag for someone to be able to get ahold of him in case he lost his keys somewhere. The form factor is likely a result of wanting to keep the keychain feeling like a keychain”

“What is this hummingbird/dragon looking thing? Cast iron and seems to be some sort of hole punch” 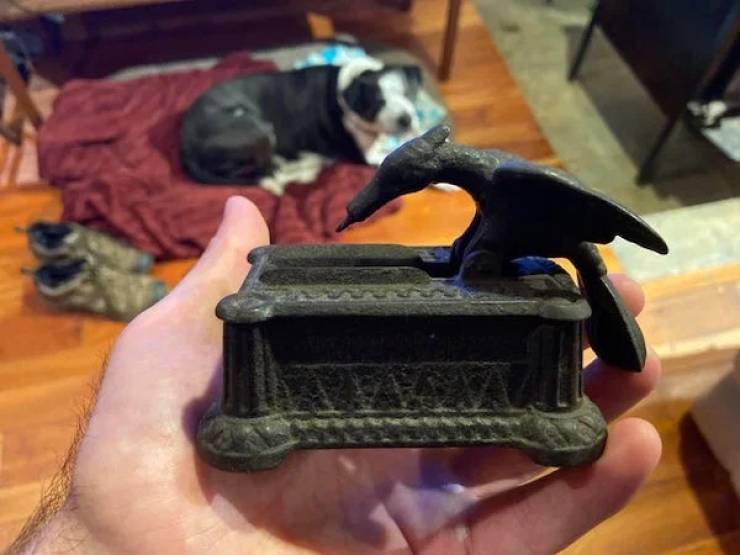 A: “It is a Toothpick dispenser.”

“I found this on my walk in Vancouver Canada. Its attached to a Electricity Pole. Can some one help me find out what is this ?” 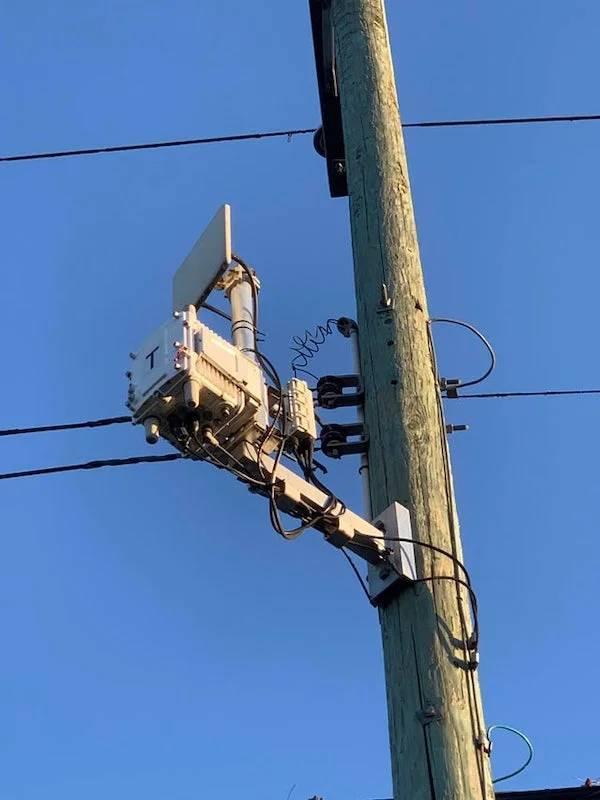 A: “It’s an RF transceiver and antenna. Most likely a small cell site.”

“What is this piece of metal used for? Found near a train track” 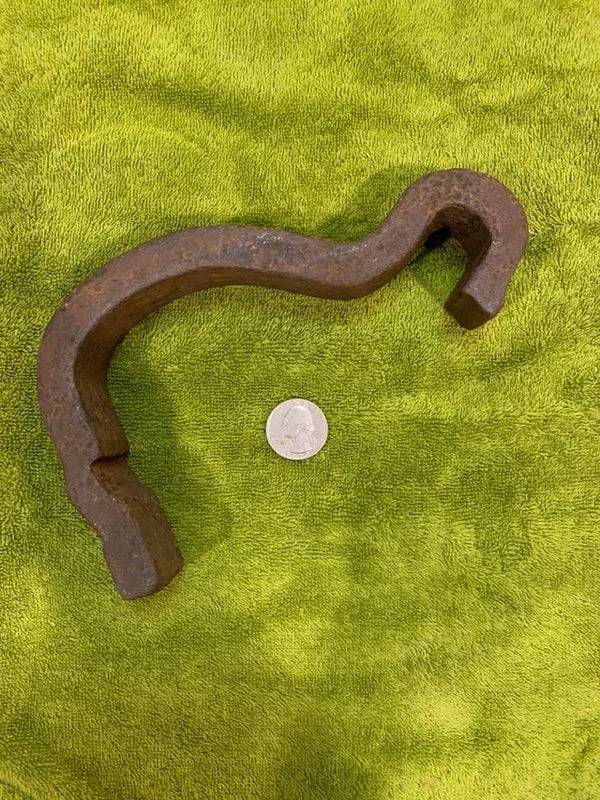 A: “A rail anchor. It goes under the rail, on either side of the tie, and keeps the rail from slowly creeping as trains pass over.”

“I found this thing while out metal detecting a 1920s homesite. 3rd pic includes dime and penny for size reference.” “Found this while cleaning out an old barn. Haven’t been able to find any information on it. Any ideas? (The black plastic tool, 2 handles – it feels hollow)” 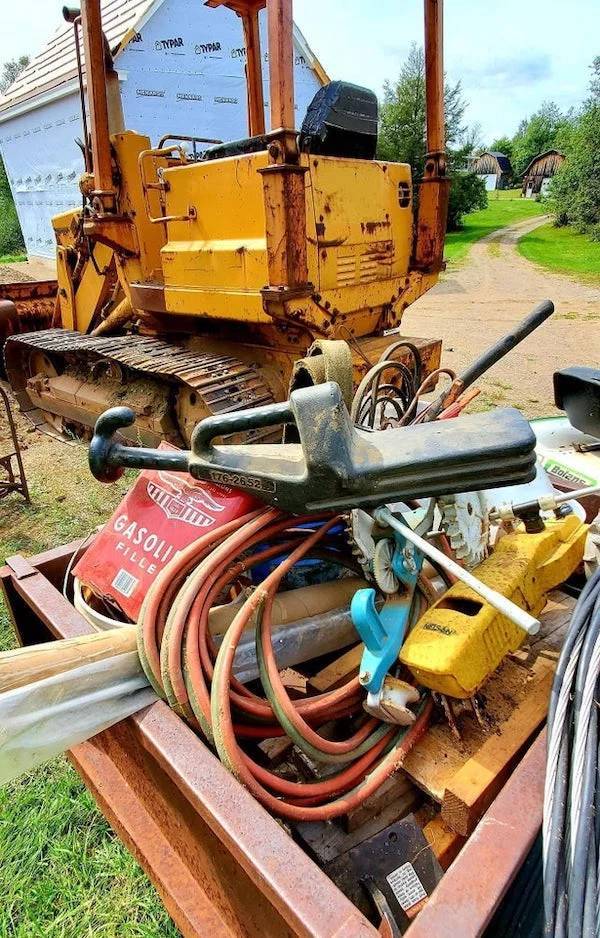 A: ““Troy-Bilt Tomahawk Chipper/Shredder OEM Leaf Tamper”, used to push brush and leafs into the shredding hopper to protect your hands. Just called a leaf tamper”

“What is this thing and what is it used for? It is at my local dump. I’m thinking it may be used to conpact stuff it picks up but not sure” 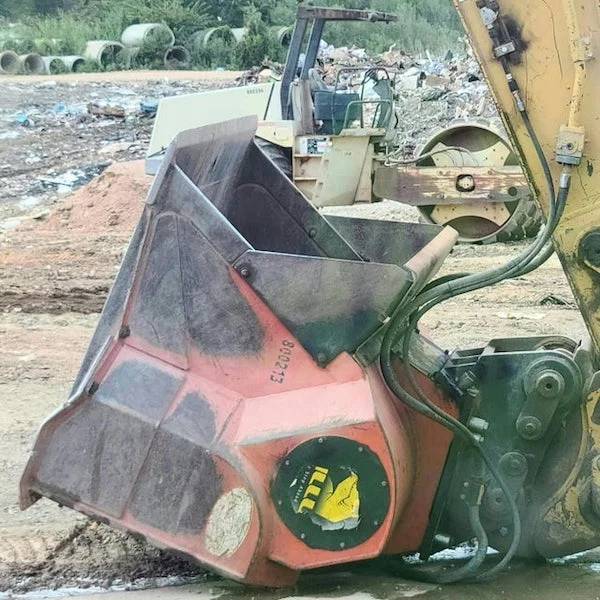 A: “It’s a screen crusher. For making lumps of stuff smaller. think of it as a paper shredder… but for wood and stuff.”

“Found hiking in a California forest, roughly 8″ long and 1.5″ diameter” 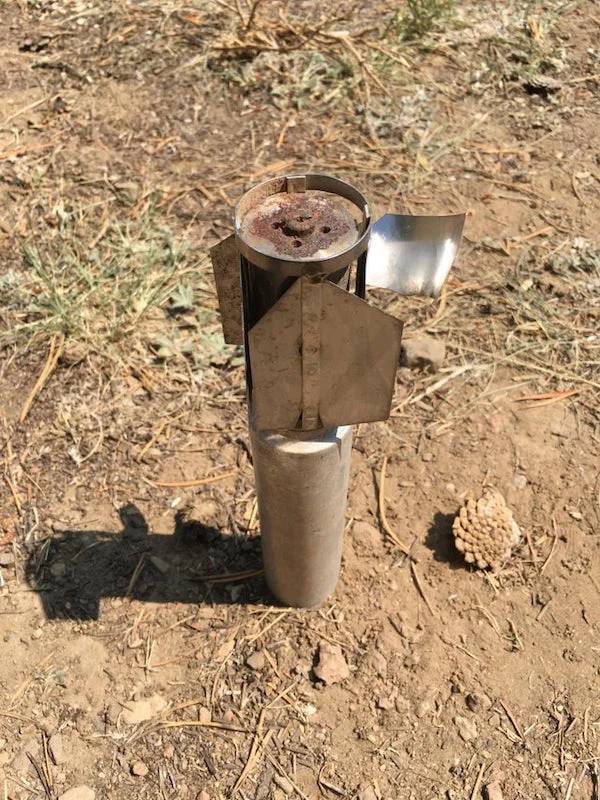 A: “That’s a flare. Its already spent so no need to call EOD out.”

“MIL brought this brass thing home and has no idea what it is. It screws together in the middle with one big hole on top and two small holes in the bottom. Tried googling, but there are no markings. What is it?” 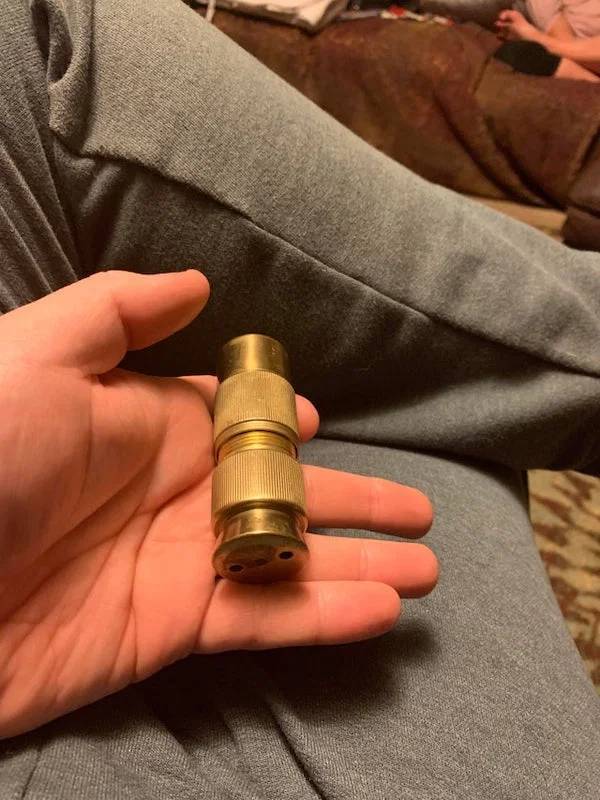 “I work as a garden landscaper and dug under a wall 2 feet into earth and found a metal object. It looks to be out of cast iron, and could be 100 years old. Its a Y shaped metal bracket with a latch going through. Its around 7-8 inches in width and weights half a kilo. It was in a small English town.” “Any idea what this handmade press is for?” “This grate has become fiberous for some reason (the fibers are attached, it seems to have once been the grate)” A: “It’s fibreglass, but why it would come apart like that is beyond me. Someone mistook it for a steel grate I bet – and lit a fire under it or used it to have a BBQ on. The resin has burnt away, leaving the glass tows.”

“A friend gifted me a box of unused construction objects. This is some sort of clamp. Do people know what kind of clamp this is?” “What constellation or chemical compound is this?” Trash For You – Treasure For Someone Else