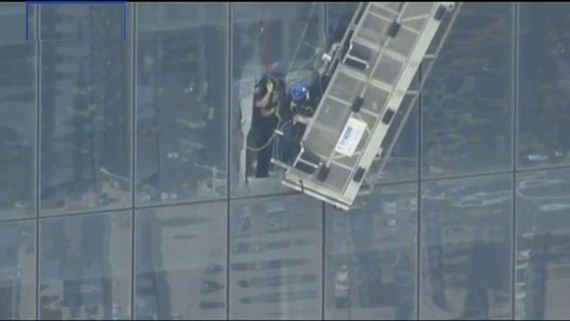 The incident occurred at One World Trade Center, the tallest building in the Western hemisphere at a staggering 1,776 feet. 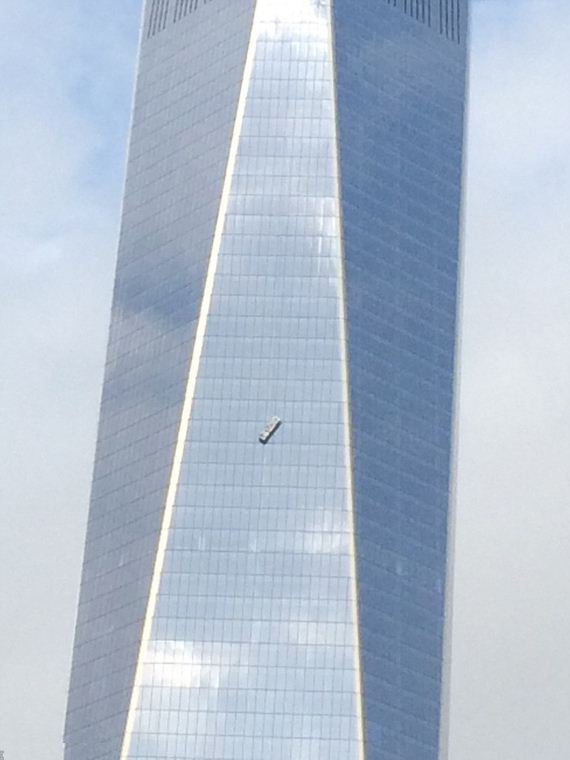 The scaffold malfunction occurred 69 stories high at One World Trade 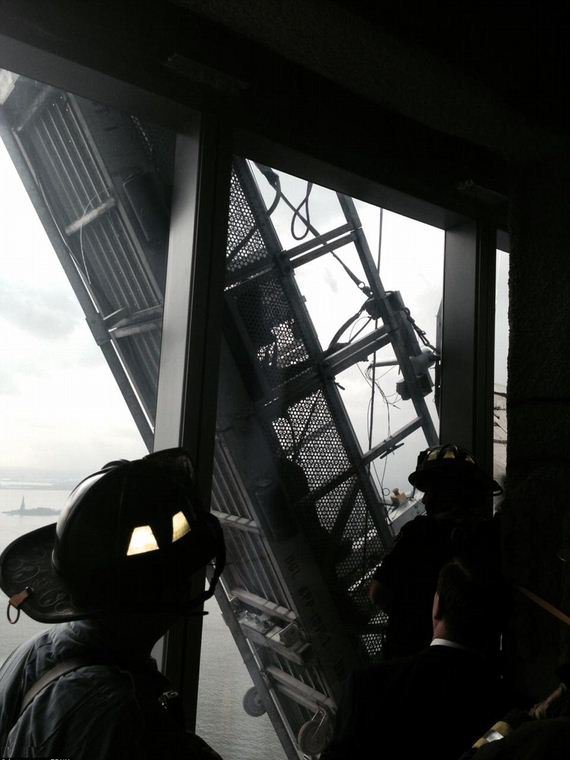 The FDNY shared this photo from inside the building 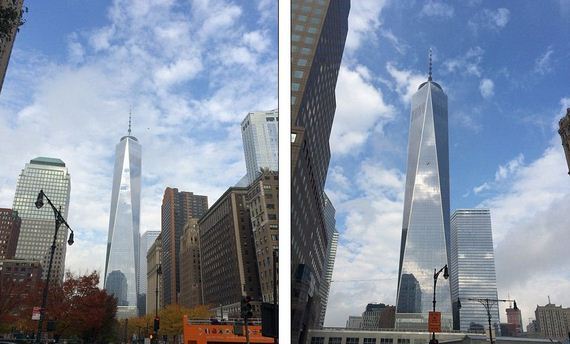 The collapsed scaffold can be seen from blocks away 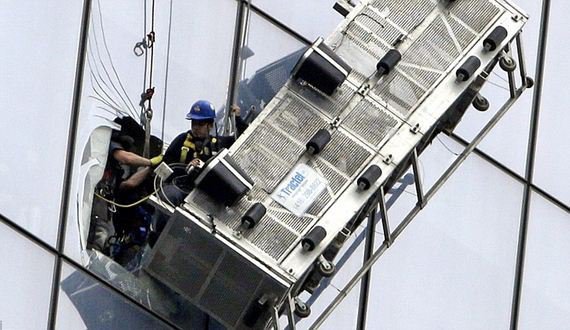 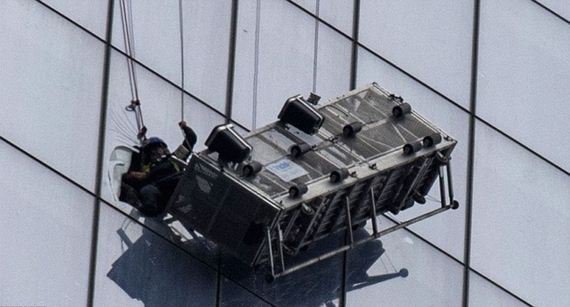 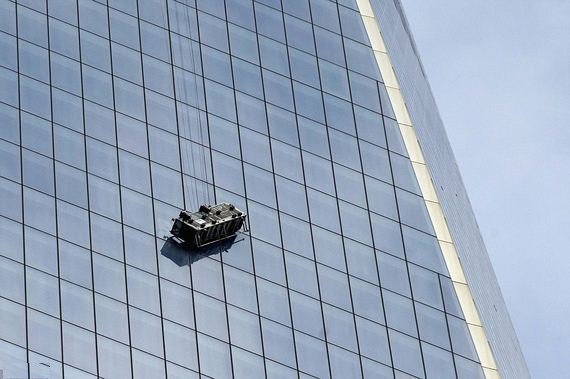