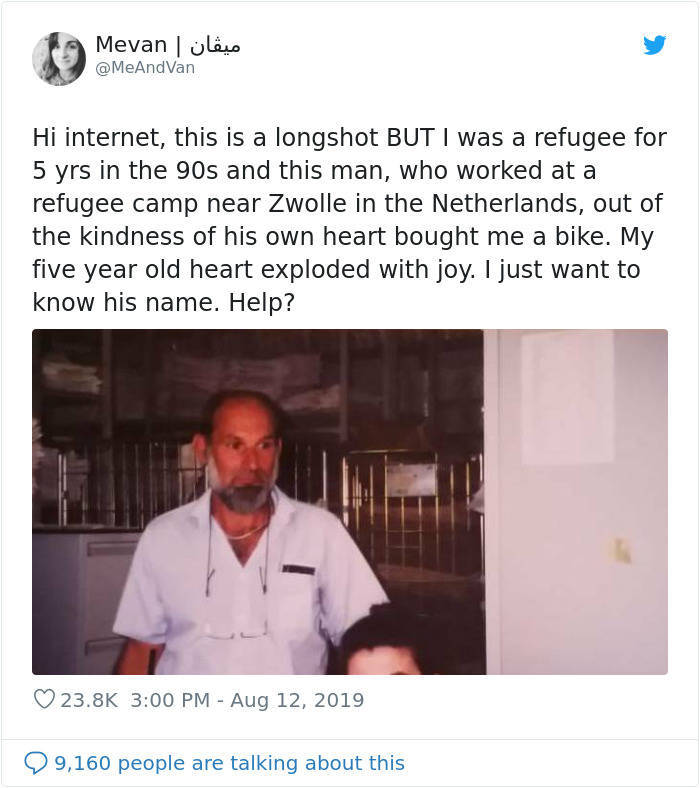 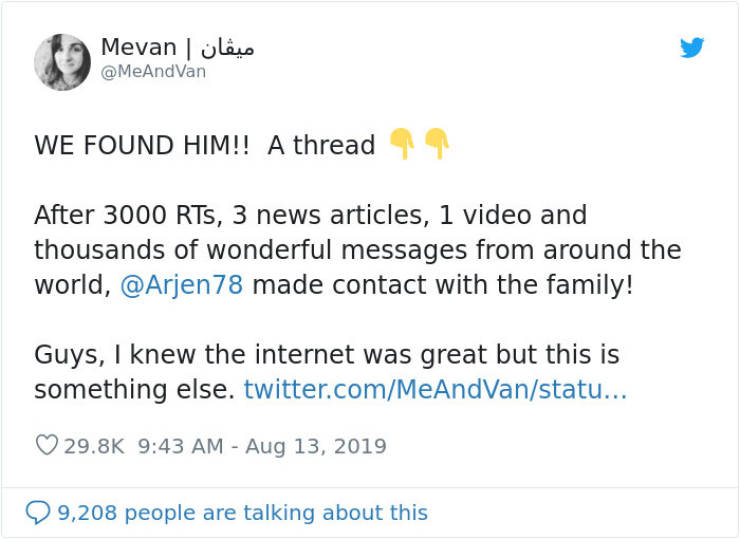 The woman received overwhelming support from Twitter and internet users 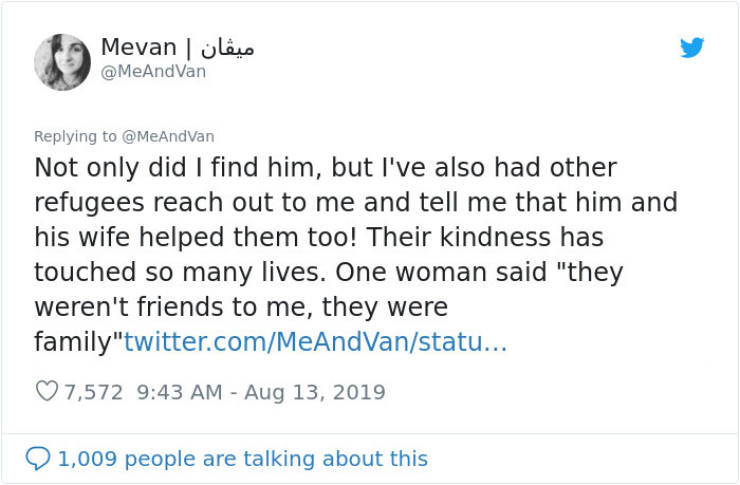 29-year-old Mevan, who according to her online profile is a huge pancake lover, told the internet a tear-jerking story from her childhood. She was born in Baghdad, Iraq, to Kurdish parents, and spent a year of her childhood as a refugee near Zwolle in the Netherlands. One day, a man working at the camp bought Mevan a shiny new bicycle, which left such a deep impression that she never ever forgot about it. 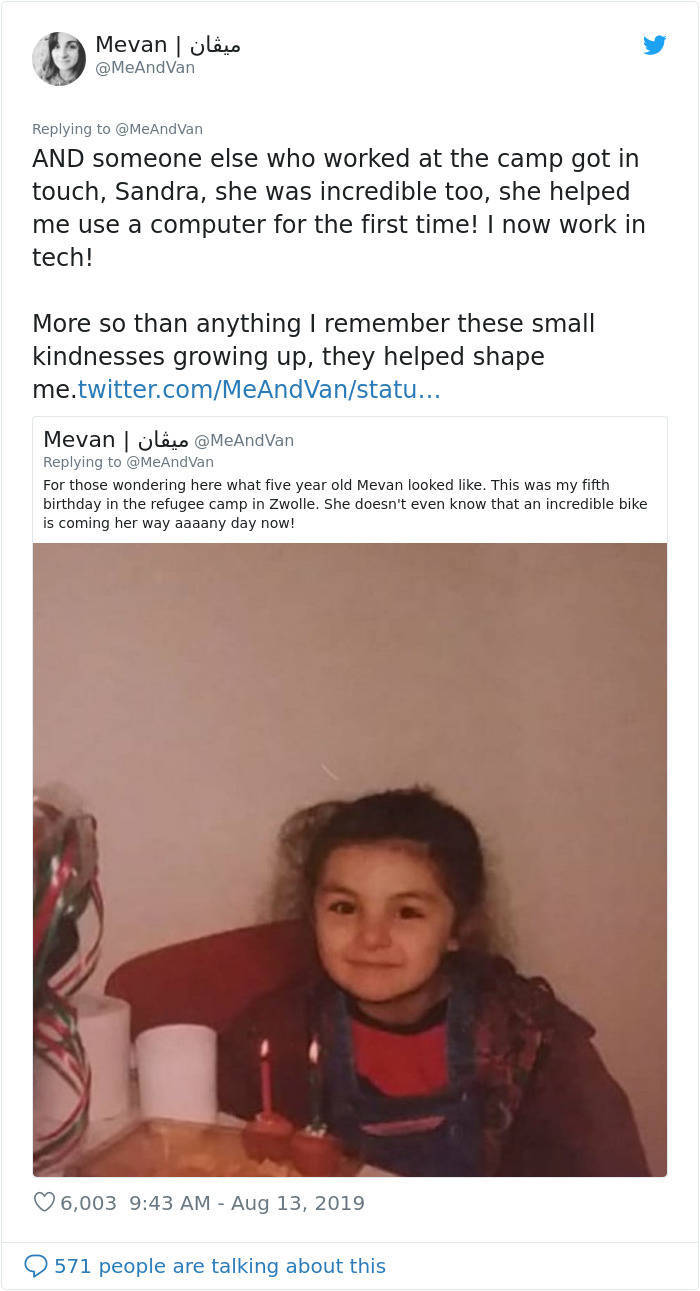 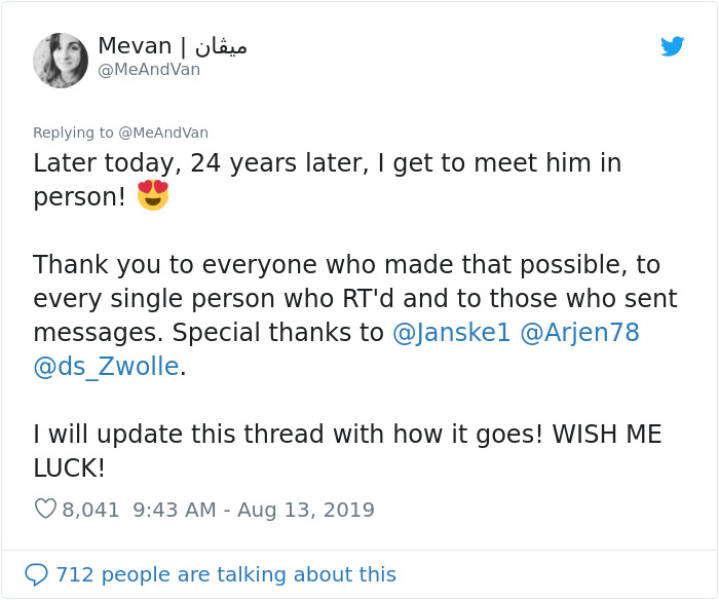 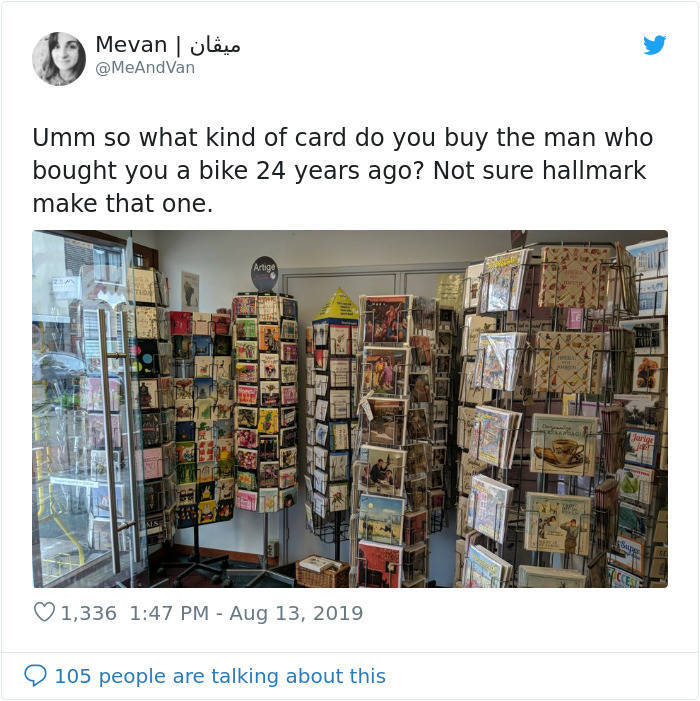 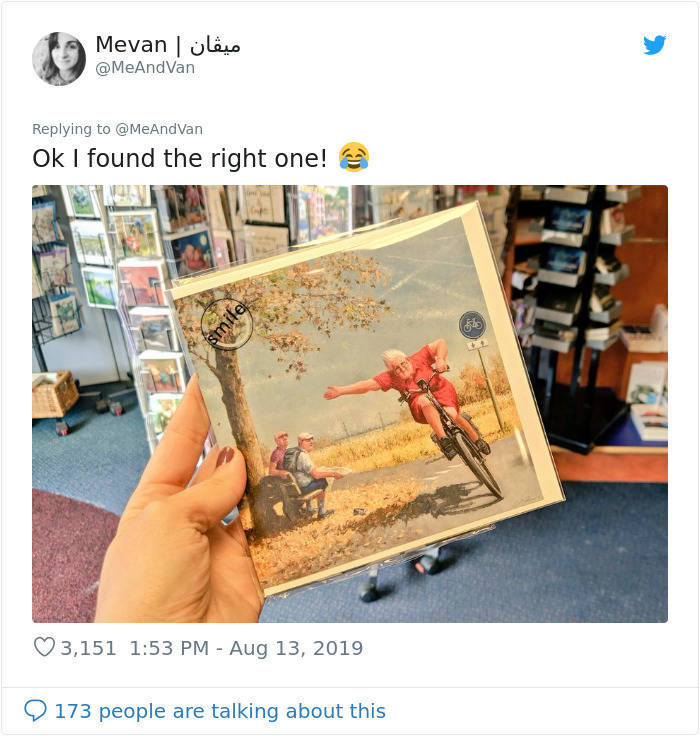 She met up with her hero Egbert in Germany, where he lives 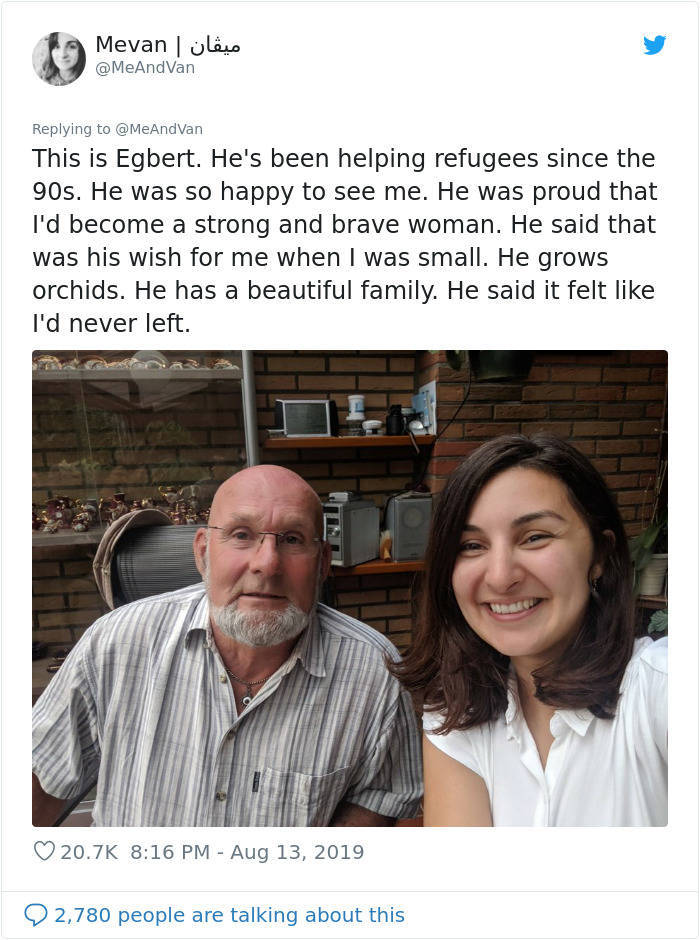 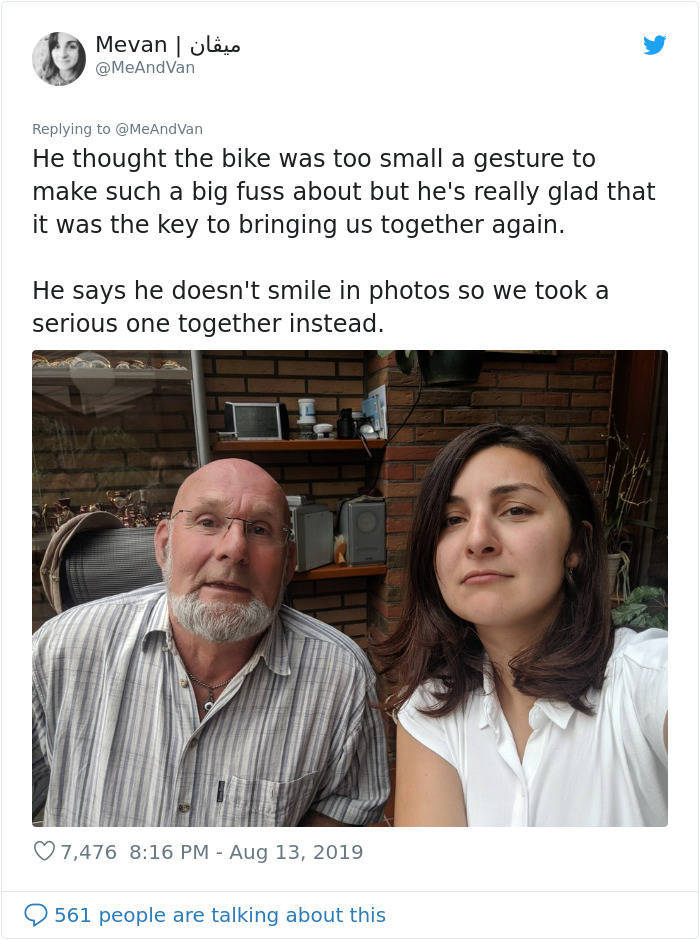 Wanting to meet the man once again to properly thank him, Mevan reached out to the internet for help. And boy, did the internet deliver! Mevan’s plea for help went viral, and within a day and a half she was already meeting up with the man named Egbert — an orchid-lover who doesn’t smile in photos. The pair met in Germany where Egbert lives, and Mevan bought him a postcard with an old man riding a bicycle as a gift. We think it’s very fitting! 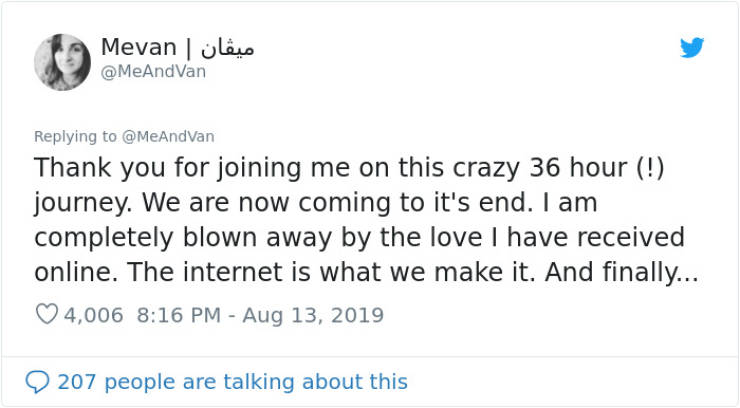 Mevan told in an interview that she “felt apprehensive and excited before meeting him [Egbert], but eventually very calm and comfortable. It was like seeing an old relative again.”

“I always knew the internet was full of incredible and lovely people and this just confirmed it for me! I am so grateful to everyone who helped me find him. It was another gift altogether!” Mevan was overjoyed with everyone’s help.

“He was so pleased to see me, and we are working on plans to see each other again,” said Mevan. She also revealed that she doesn’t know the fate of her shiny red bike: “Unfortunately I have no idea what happened to it. We left the Netherlands for London and the bike had to stay behind.”

The BBC writes that Mevan and her parents ran away from Iraq during the first Gulf War. They then traveled via Turkey, Azerbaijan, and Russia to get to the refugee camp near Zwolle, where they stayed between 1994 and 1995. The family’s fortunes then took an upward turn, and eventually, they sank their roots in London. Mevan is now the head of automated fact-checking at the UK’s independent charity Full Fact, though she has now taken a sabbatical from work to “retrace her refugee journey.” All we hope is that she brought her bike with her. 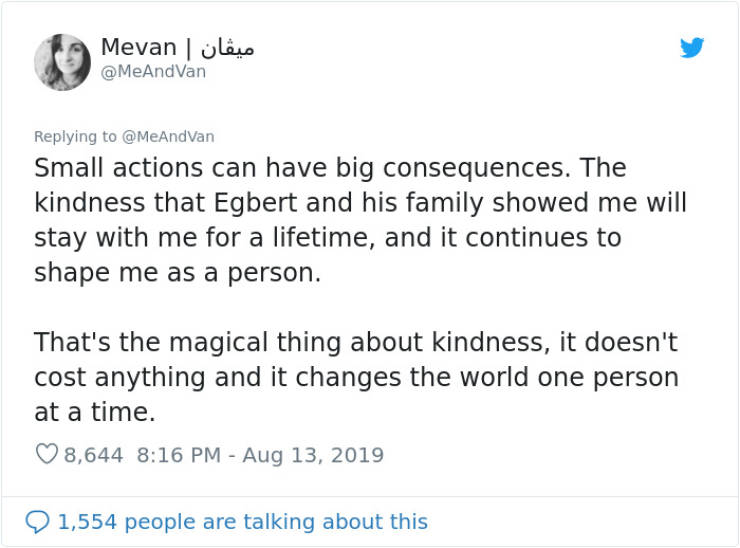 This week 29-year old Mevan Babakar sent out a tweet asking the internet to help her find a kind-hearted man who changed her life. 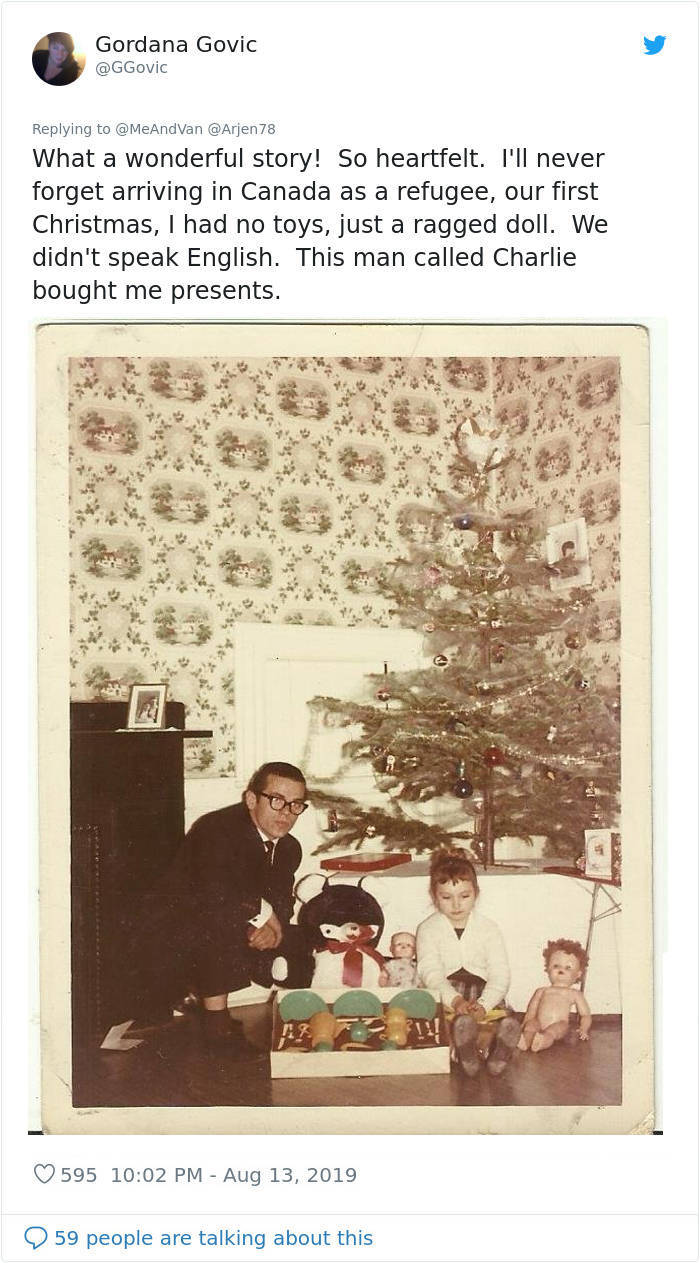 From there, the internet took Babakar’s quest into their own hands and shared her story like wildfire. 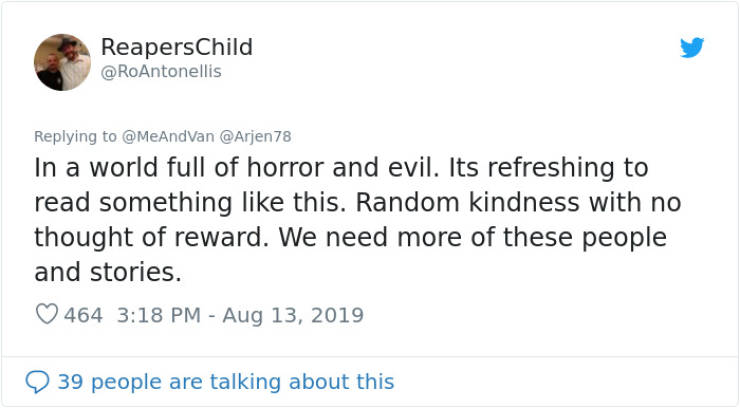 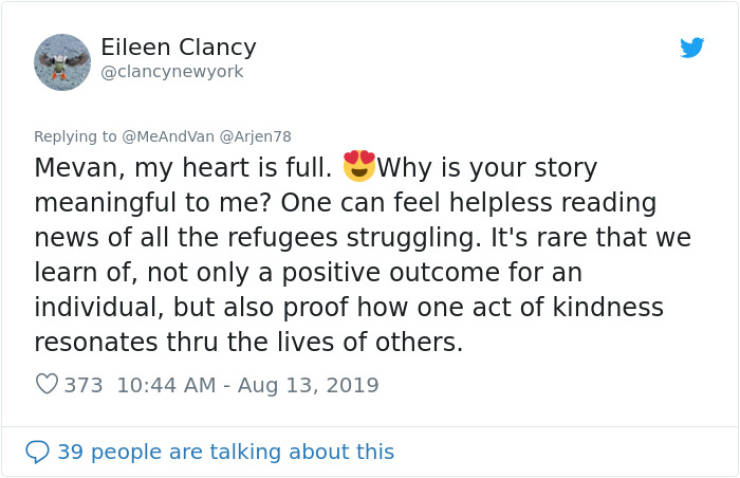 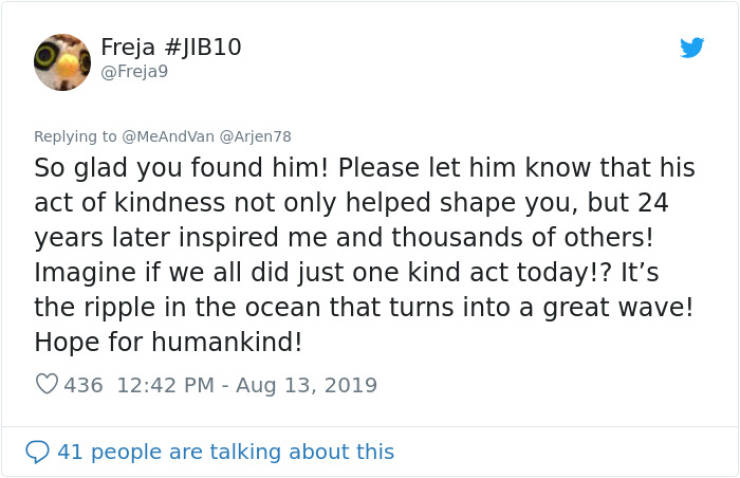 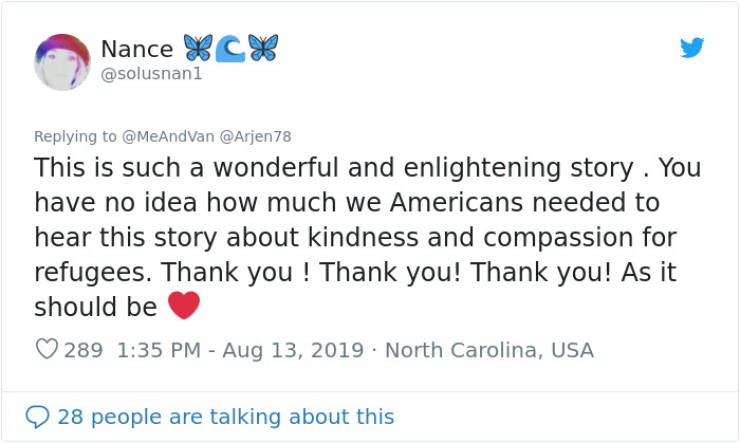 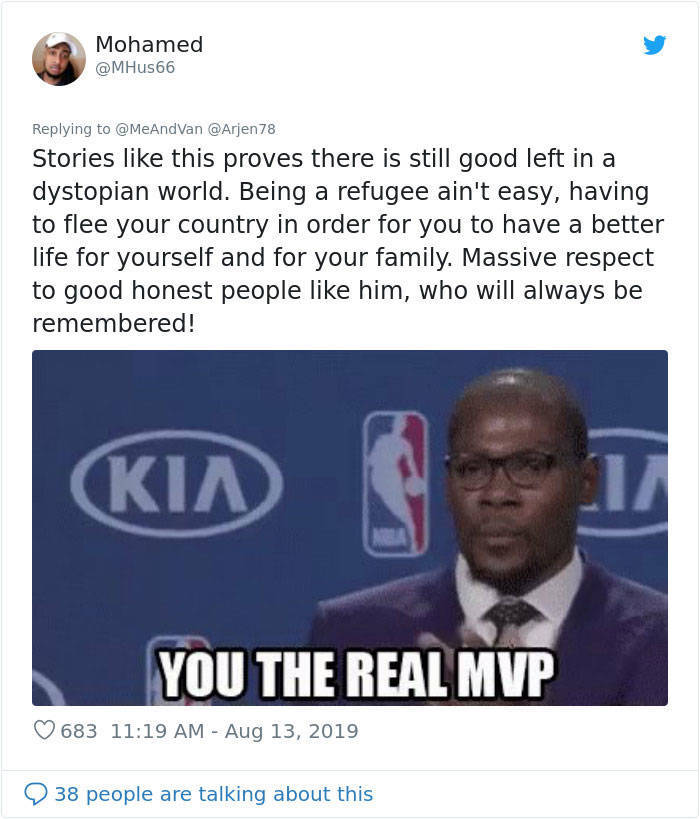 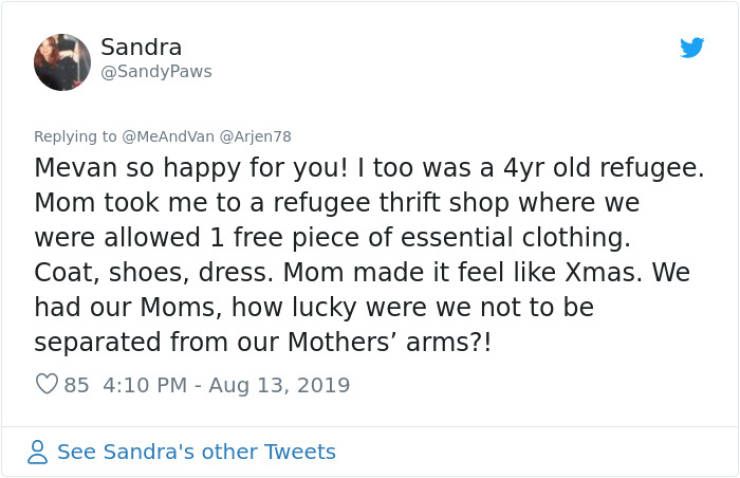 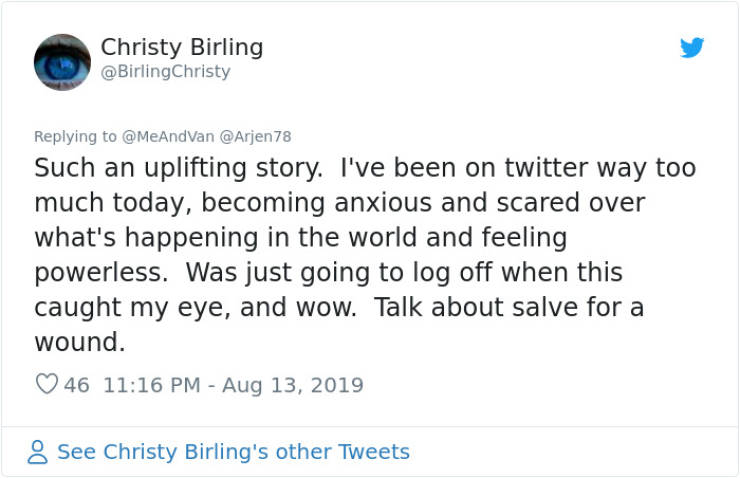 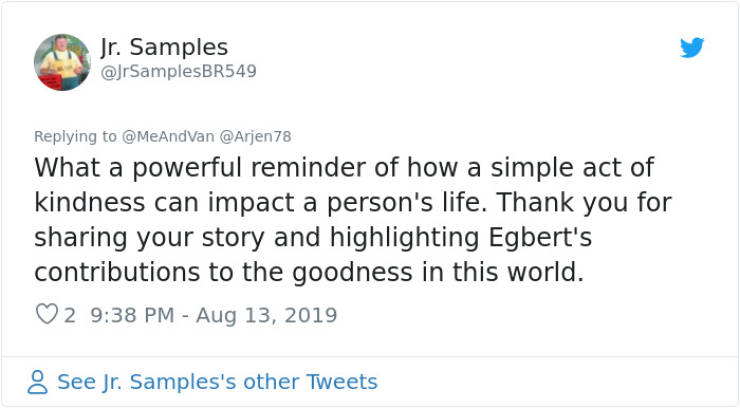