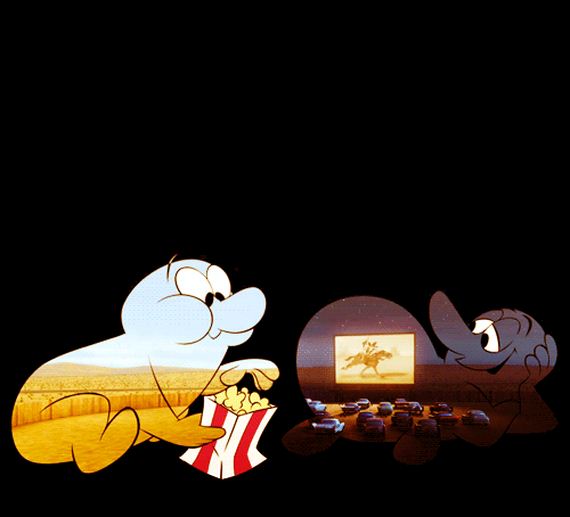 It’s been well over a year since Pixar released Monsters University. It’s safe to say we’ve all had some serious withdrawals.

After the recent teaser trailer launched from the studio for their 15th feature film Inside Out, we’re now very excited for what’s in store come the summertime.

And now come the inevitable stages of waiting for Pixar’s new film to be released.

The first time you hear about the new slate of upcoming Pixar films during a big press event.

The Untitled Pixar Movie About Dinosaurs? OK, I don’t care what the title is going to be, color me excited!

Finally discovering the title of each film and what it’s going to be about.

IT’S ONLY FOUR YEARS AWAY. LET THE COUNT DOWN BEGIN.

When the cast list is released and the voice talent taunts us as they continue to talk about the project.

The release date for their newest film is announced.

You start watching previous Pixar films in preparation, even though it’s months away.

And all the behind the scenes footage on the DVDs.

Then you start feeling incredibly frustrated and impatient.

You don’t know what to do with your time.

You find solace with other people who have a deep love for Pixar and animation.

As soon as new merchandise is released in stores you buy EVERYTHING.

One day my office will look like John Lasseter’s. One day.

You buy tickets for the midnight release of the film weeks in advance.

You try to avoid all the spoilers.

But you can’t stop watching the new trailers.

The premiere is ALMOST here. It’s time to make a detailed plan of the big day.

You FINALLY see it in cinemas.

Not to mention falling in love with the short film that accompanies every feature.

The feels. Oh the feels.

You stay to watch the credits, of course.

Giving thanks to all the wonderful people who were a part of the film.

You’re obsessed with the film for days after seeing it.

You definitely see it more than once in theaters.

You make sure to bring different friends or family with you each time, especially if they have yet to see it.

When the film is no longer playing in cinemas, you realize that you have to repeat all the exhausting stages in anticipation for next year’s new Pixar film.

At least you have one new film to add to your Pixar collection, right?