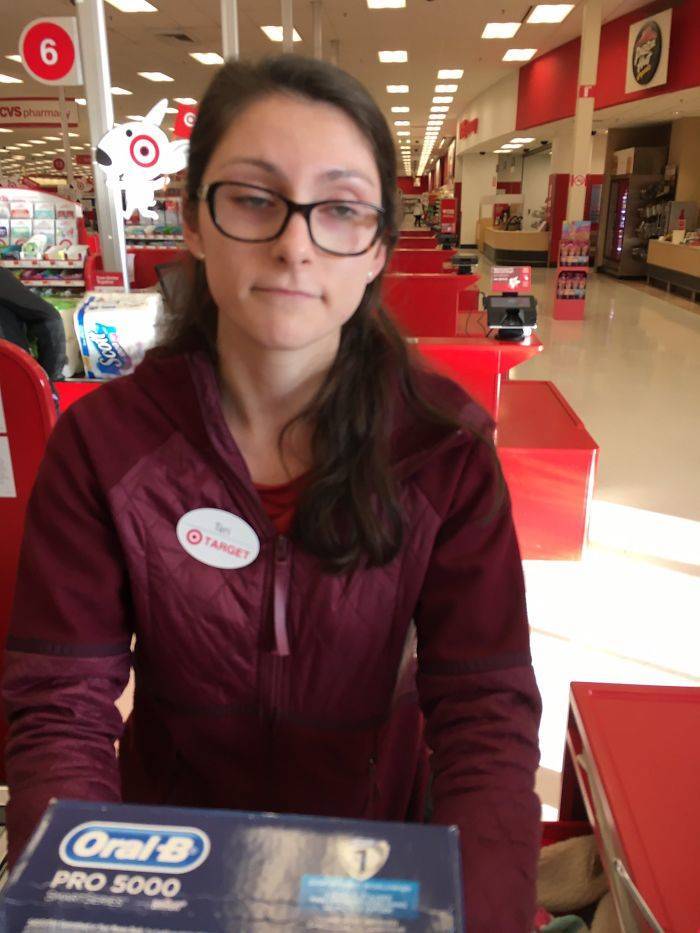 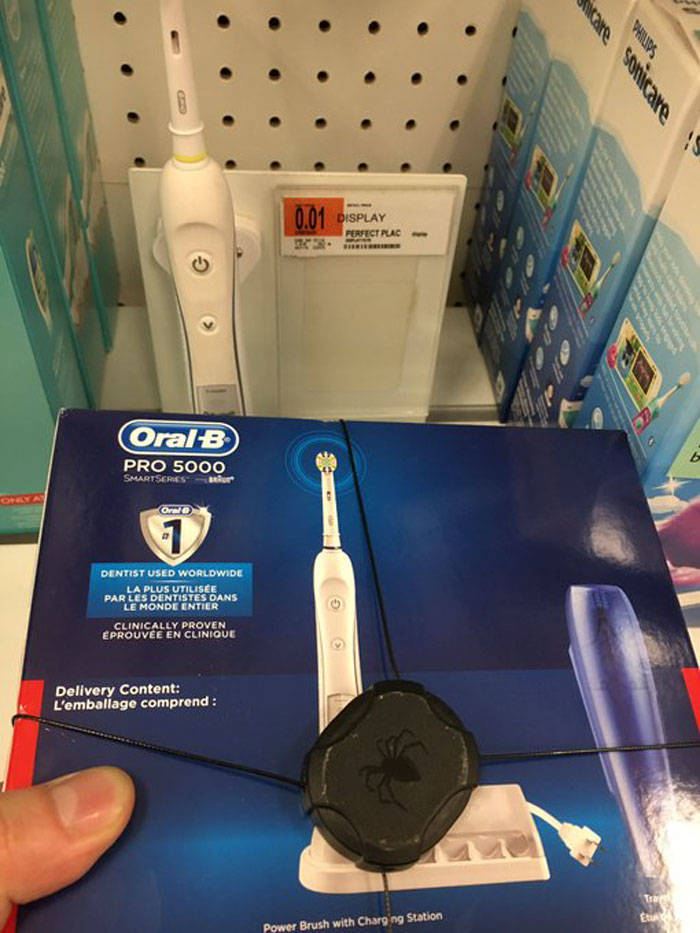 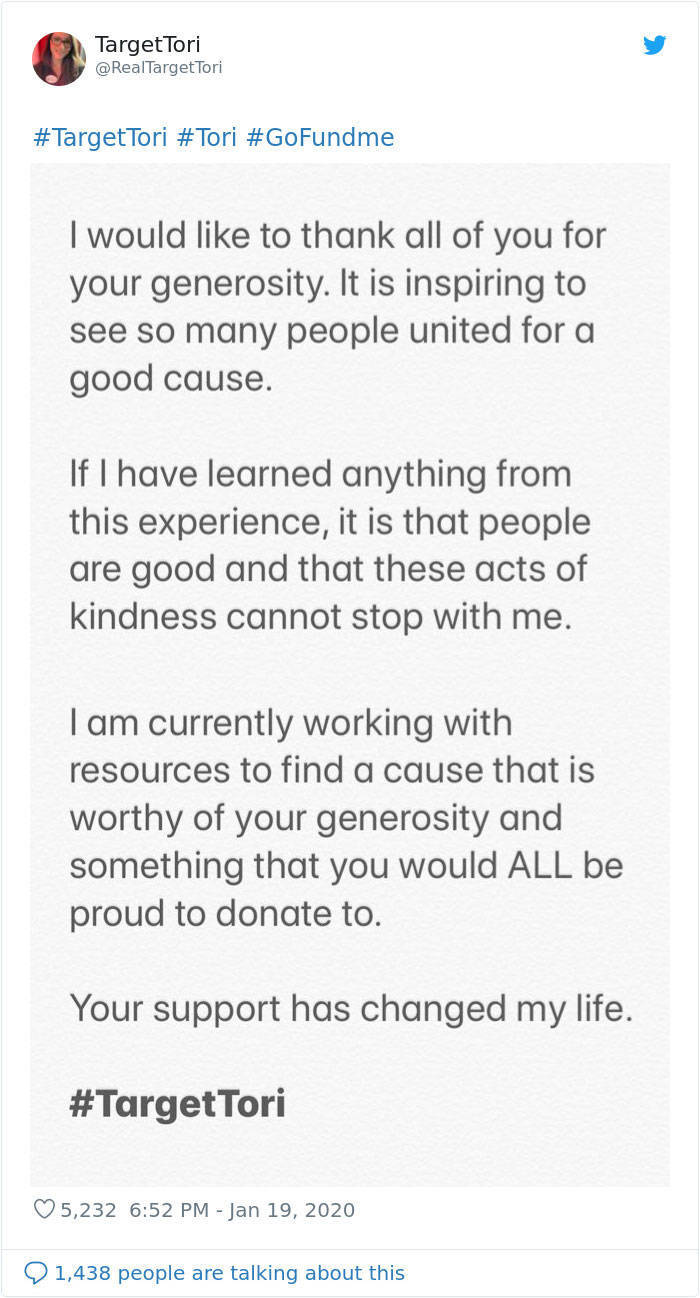 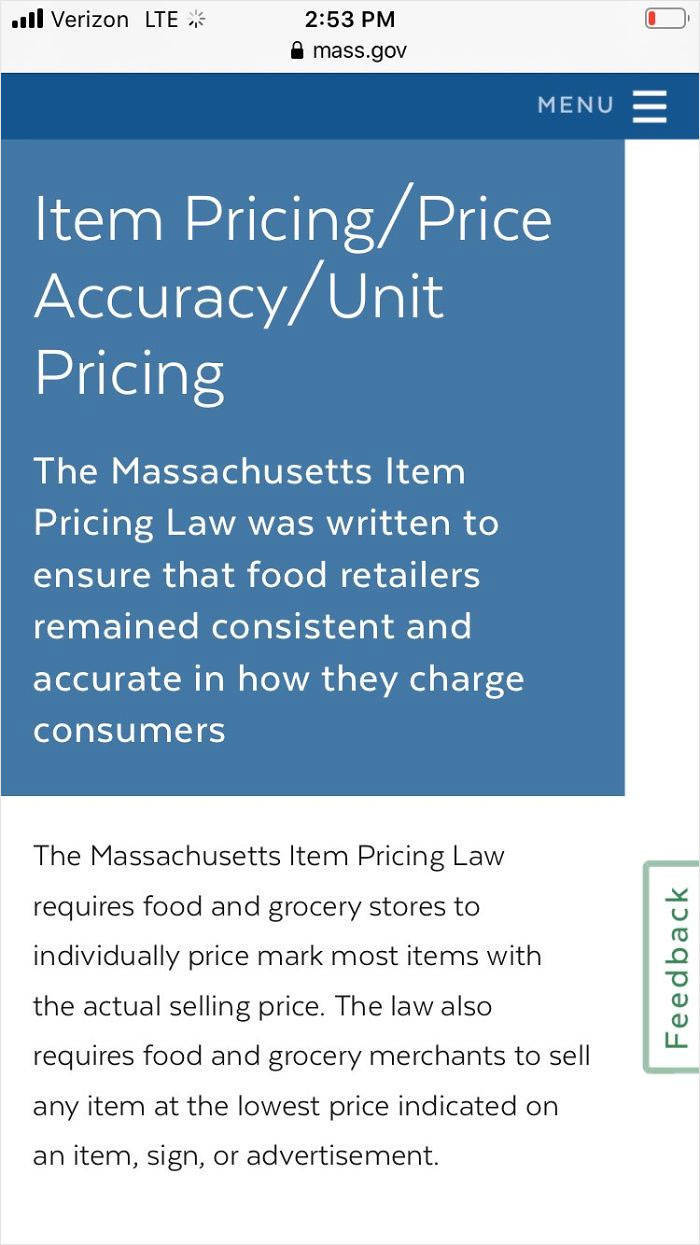 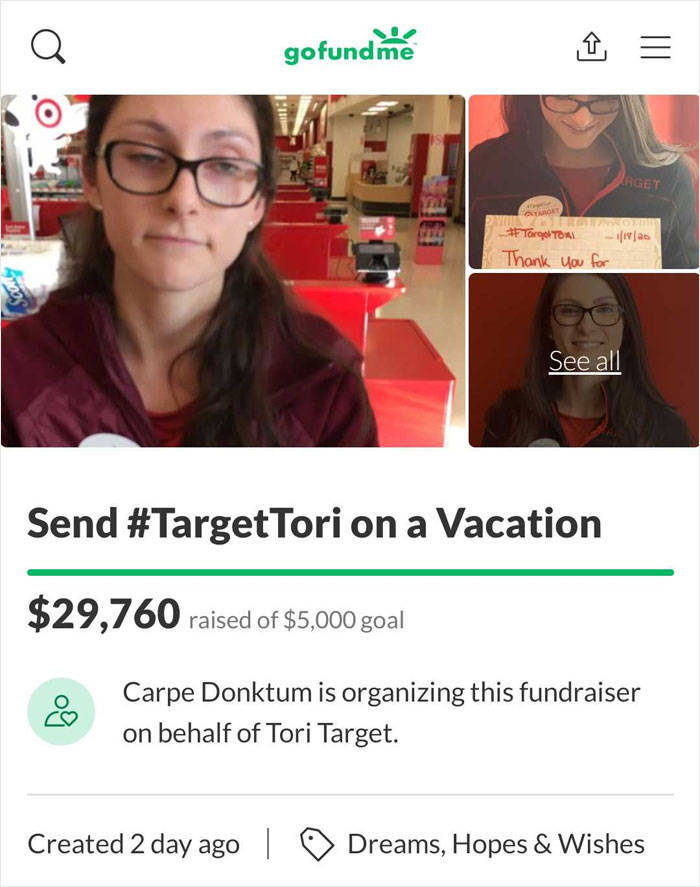 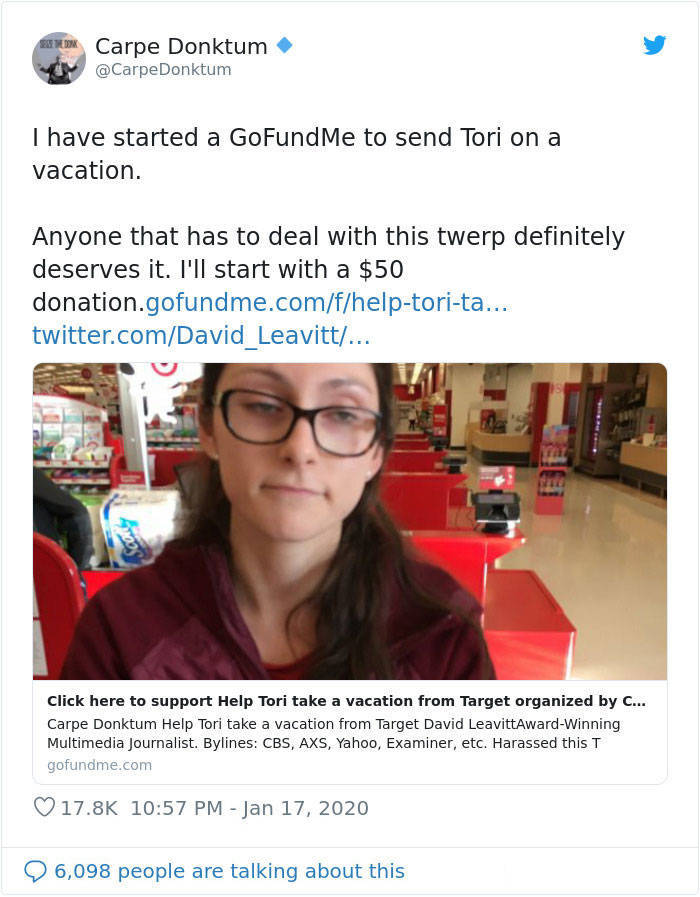 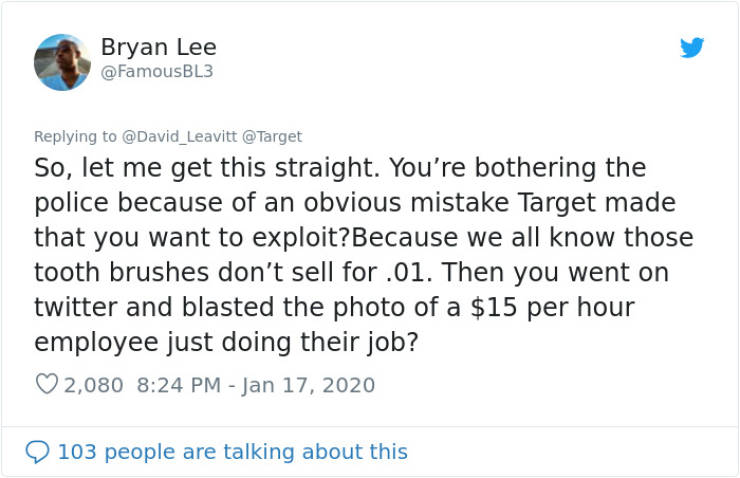 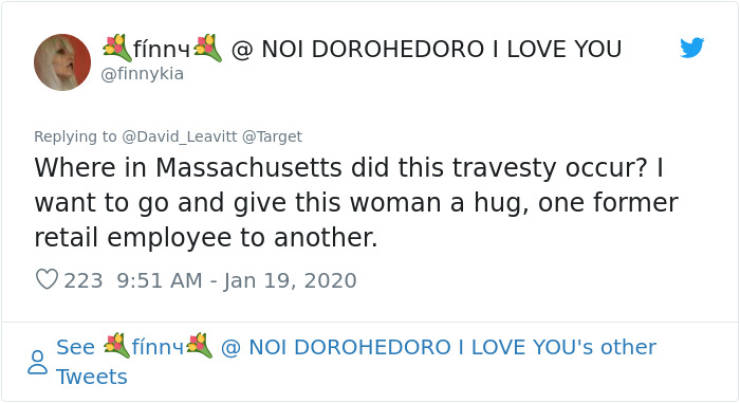 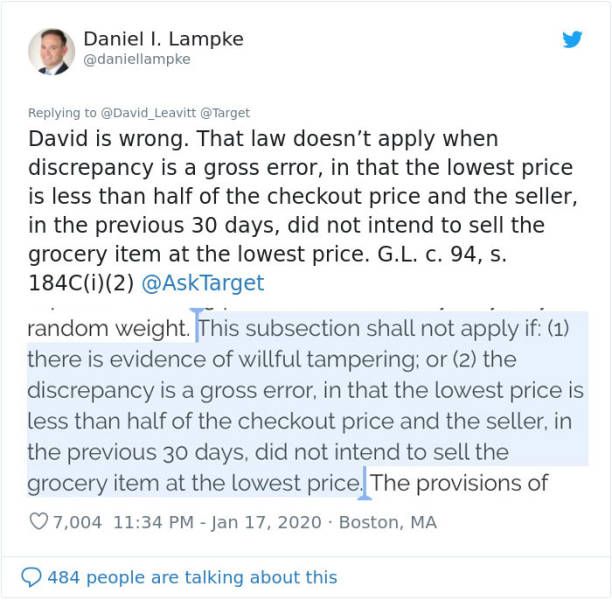 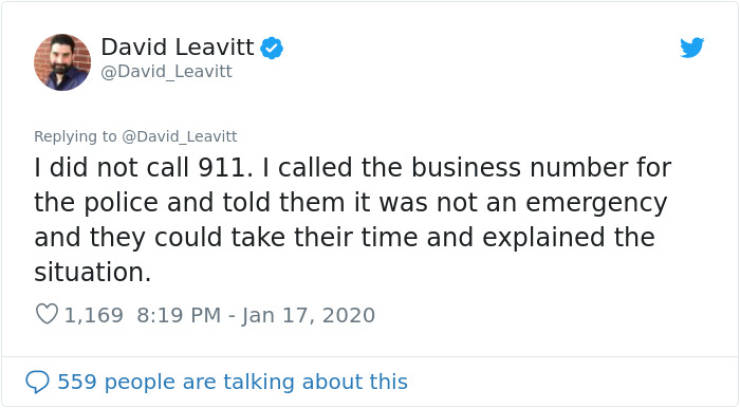 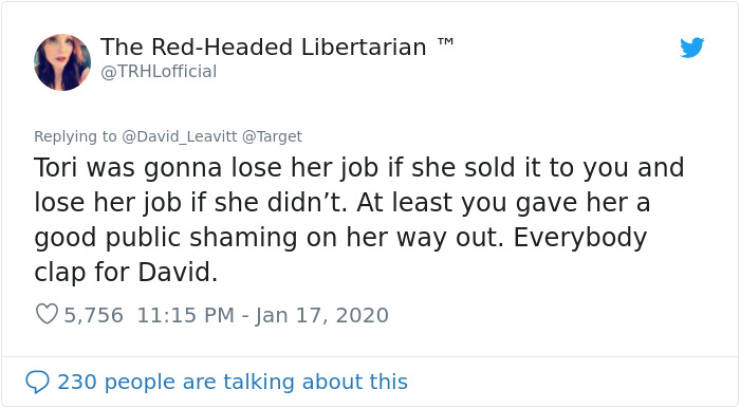 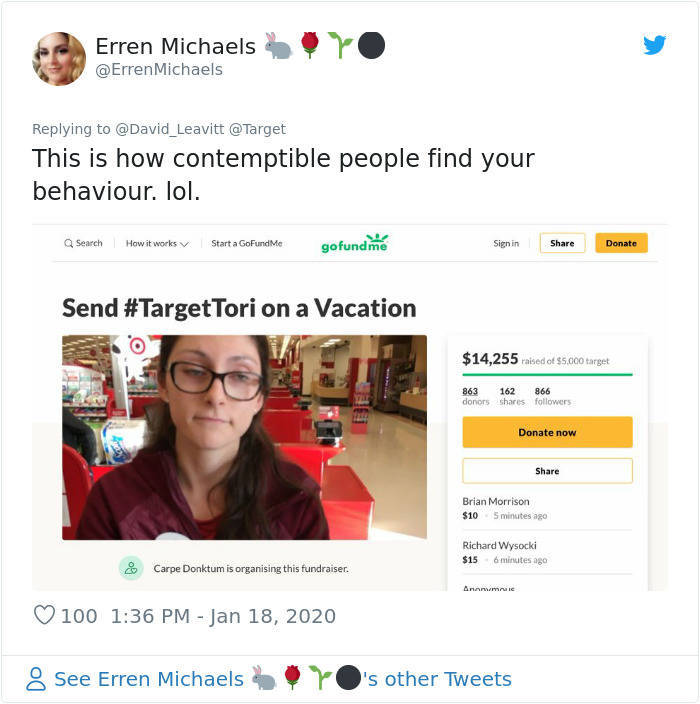 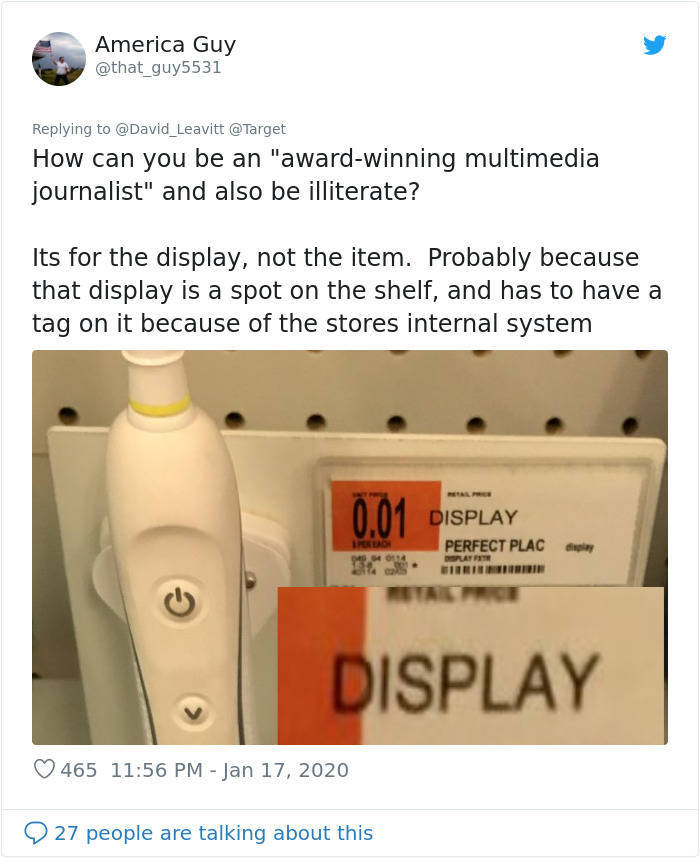 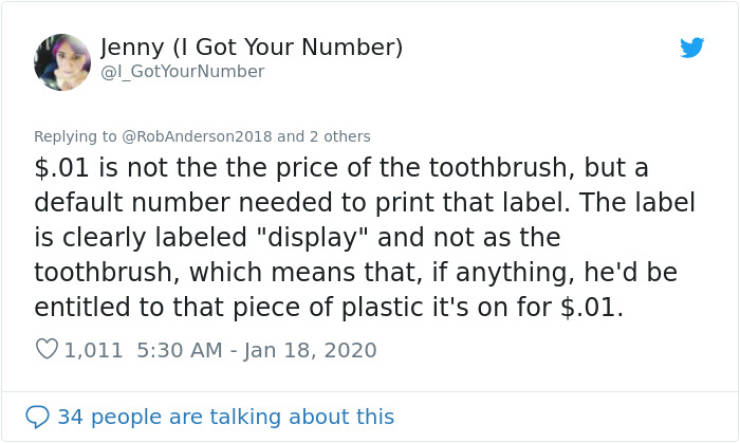 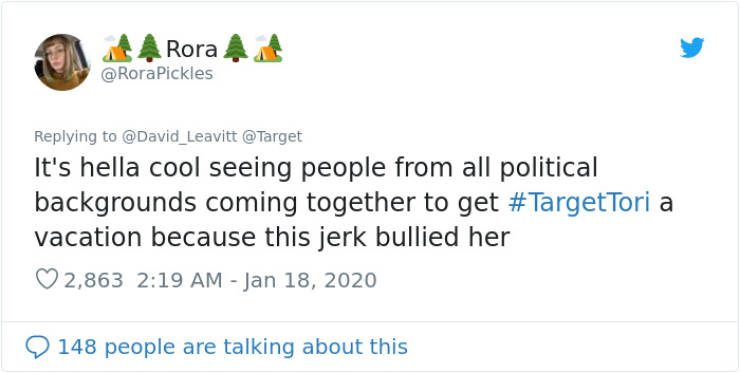 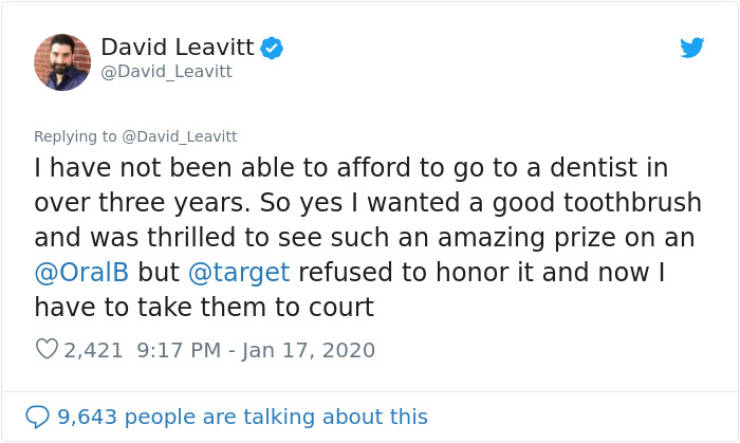 Commenters stated that the dissatisfied customer wouldn’t have much legal ground to stand on by arguing that the electric toothbrush, which usually runs between $90 and $150, was on sale for a single cent. While some guessed that it was an obvious misprint, others with retail experience pointed out that what he (and the equally unobservant police he claims to have as witnesses) was seeing was a sticker placed on the plastic display to keep track of shelf space in the store’s system.

People were not sympathetic to his side of the story But it doesn’t end there! The community of Twitter thought the poor employee who had to deal with his nonsense deserved a vacation for all that, leading someone to start a GoFundMe that has racked up almost $30,000 just over the weekend.

The person who started the GoFundMe and the Target employee herself confirmed that the account had been transferred to her. While one Twitter user commented that it was great to see so many people of differing political views showing support for the worker (a conservative meme page started the fundraiser,) that might present a dilemma for Tori, who is contemplating where to donate the money rather than putting it all away for herself.