All about the minor details 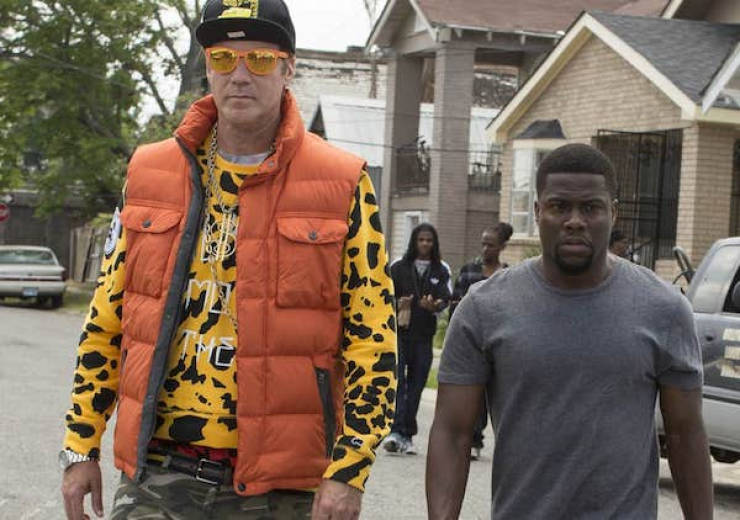 At the Hamilton County Jail in Noblesville, IN, an inmate tried to escape by posting as another inmate who was due to be released.

There was one problem though, the guy due to release was black, and the attempted escapee was white.

Not always a good idea to check in 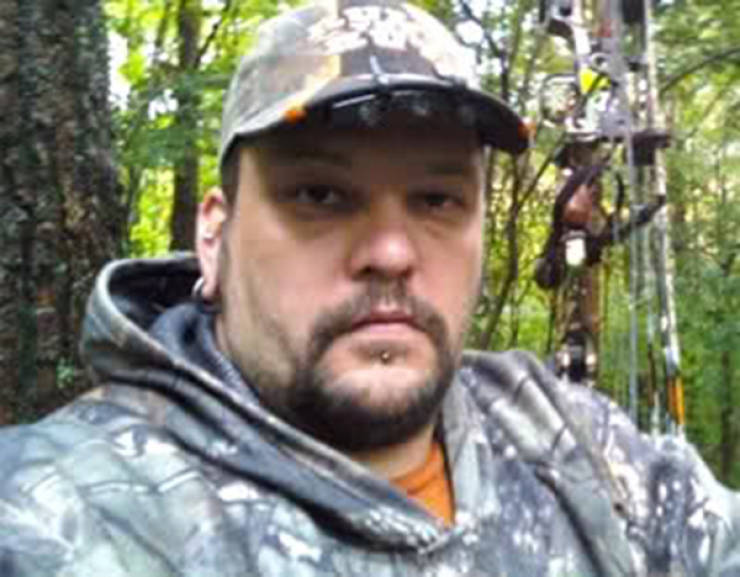 Chris Crego, of Lockport, KY was arrested for assault after a bar fight. When he didn’t show up for sentencing, the police put out a warrant for his arrest.

Though not a prison escape, per se, it technically counts as fleeing custody. He actually decided to leave the state and check into work on Facebook. The Terra Haute, IN. police took him in.

Oh, and he also posted his wanted picture from the Lockport Police on Facebook as well.

An inmate from the Shelby County Detention Center decided to hijack a truck and take off, the day before he was scheduled to be paroled.

Andrew Wilson was eventually tracked down, and it’s safe to say that he didn’t get released for a long time. 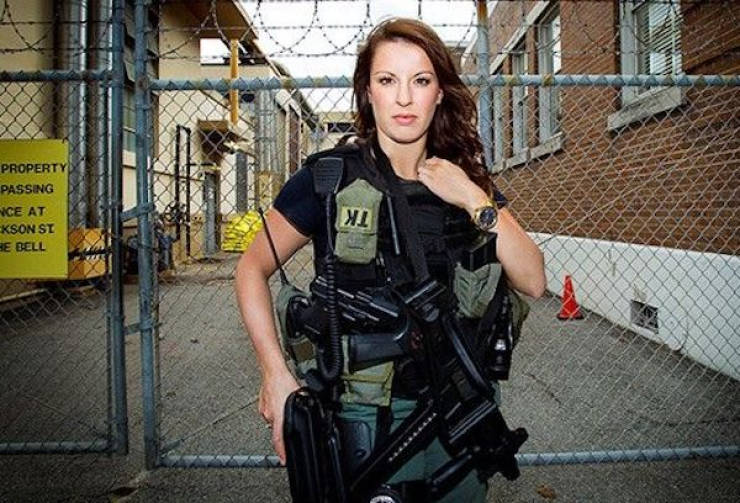 When John Haynes wanted to escape from prison, he had a female accomplice impersonate a Federal Marshall, back in 2010.

He was awaiting transportation to a federal prison, when the call came in from a ‘marshal’, demanding that he be released. They told her that they needed the paperwork.

So she called the local Marshal’s Office, and pretended to be an official from the Marshal’s headquarters in Washington and asked for the form. It was obviously denied, and Hayes was given additional time on his sentence.

Someone check that luggage 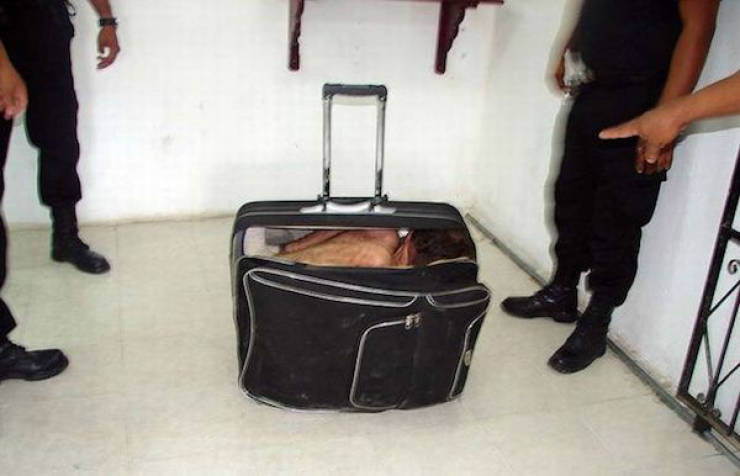 In 2011, Maria de Mar Arjona Rivero visited the prison where her boyfriend was serving time for illegal weapons possession. With her, she brought a suitcase.

When she left, the guards noticed that her suitcases was suspiciously bigger. They opened it, only to find her boyfriend inside, curled in a fetal position.

Snoopy’s not a good wingman

Two men from New Zealand tried to break their friend out of jail, with one of them wearing a Snoopy costume.

They apparently tried to break down a door, waved a gun (it was a water gun) and threw concrete at staff cars. Once apprehended, they realized that the guys were at the wrong prison. Their friend was being held somewhere else.

Ever been so mad, you tried to punch a door down? 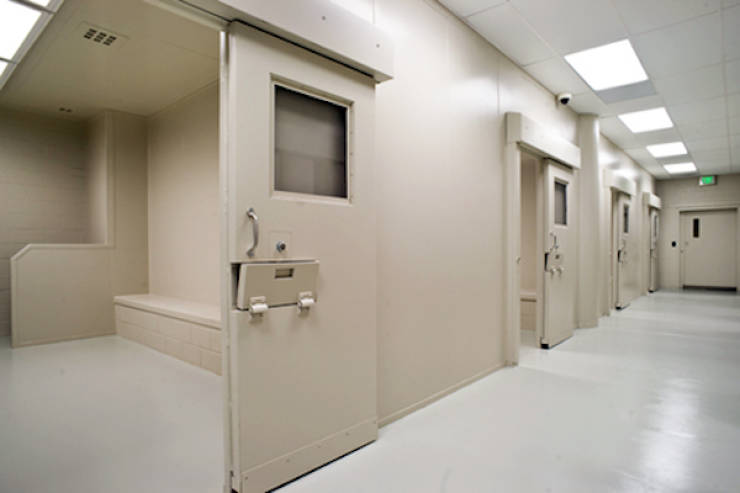 Of course this one happened in Florida, but an Orlando prisoner named Hector Campos decided to try to punch his way through a wall and a door in his cell to escape.

He didn’t get very far at all.

Tried to get to heaven with a Zeppelin 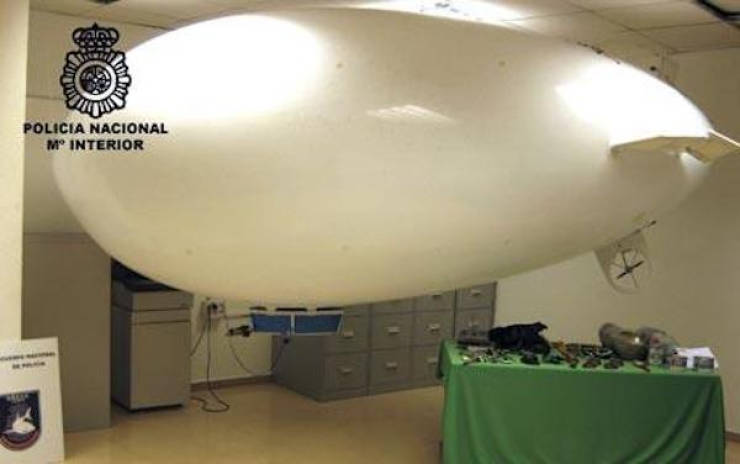 A prisoner on the Canary Islands thought that he’d be able to use a zeppelin to escape, buy having it drop off night vision goggles, climbing gear and camo paint, so he could sneak out at night.

The three men that were assisting him, somehow let the plan slip and the whole thing was foiled before it could even start. Shame though, I’m mildly curious to see if he would have gotten away with it.

Couldn’t take it much longer

In 2016, Christopher Bosacci broke out of a minimum-security prison by trying to climb a fence. He’d only been there 3 days on a petty theft charge, but said he couldn’t handle it anymore.

He made it over 1 of several fences, before getting caught on the fence, and they brought him back. The irony is, that he’d have been released that afternoon, had he not tried to make a break for it.

Sorry, no room in the shower 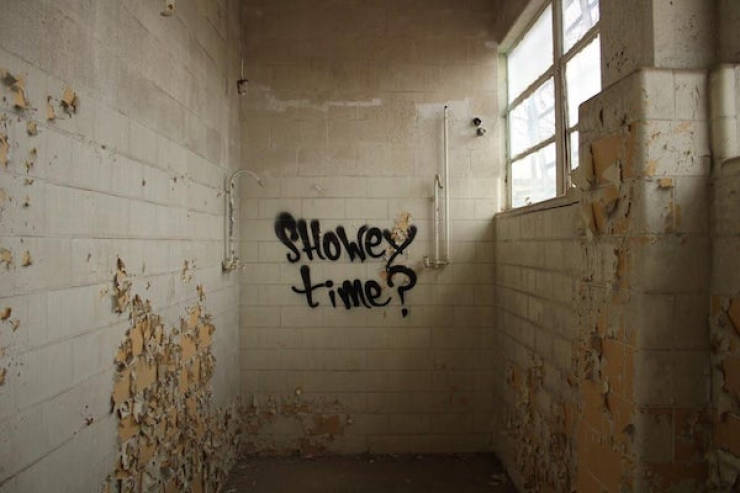 A few prisoners in Ceres, Brazil tried to escape by punching a hole in the shower wall. One man was able to escape, but the second man, ended up getting wedged in the hole.

He started screaming for help. The guards ended up taking a few selfies, before calling the firefighters to break down more of the wall to get the prisoner out. He and his cracked ribs were taken back to his cell.

His name was dragged through the Mudd 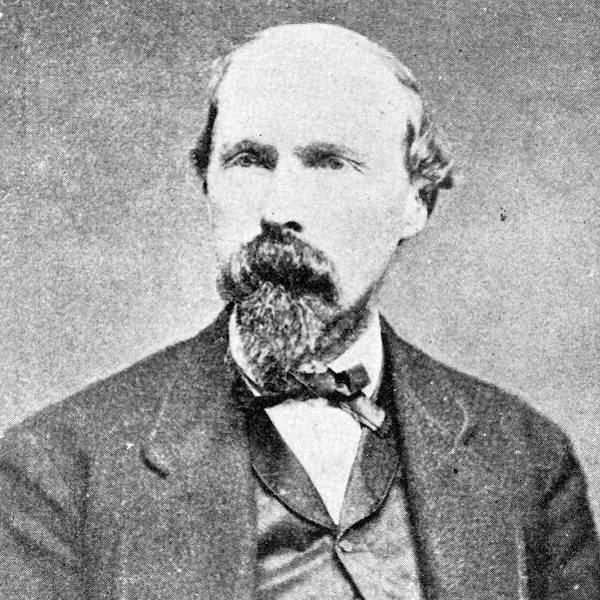 Dr. Samuel Mudd was a famous doctor, who helped John Wilkes Booth with medical help, after he assassinated President Lincoln.

Mudd was arrested and thrown in jail for his involvement. He ended up escaping, only realize something very important. He was complicit in the assassination of a sitting President, so everyone knew his face. He was promptly recaptured.

Got to hand it to Brazilian prisoners; they’re creative. This time, 2 inmates tried to escape by climbing into full bags of trash.

When the bags started squirming, however, the guards thought that rats had gone in, and they started kicking and hitting the bags. Then, they found the men.

They were given a longer sentence and garbage duty. 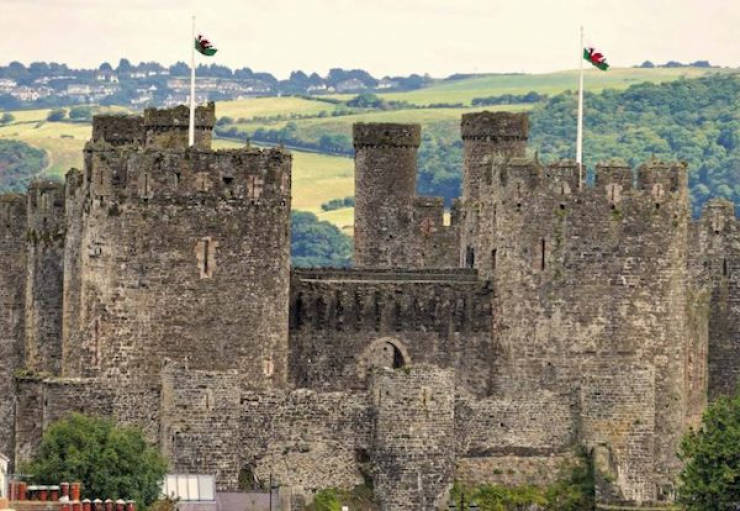 Stupid prison breaks have been happening pretty much throughout history. For example, in 1244, Gruffydd ap Llywelyn tried to escape a Welsh prison tower, with a bedsheet rope.

Except, he was a hefty guy and the sheets were thin. The bedsheet rope broke, and he fell to his death. 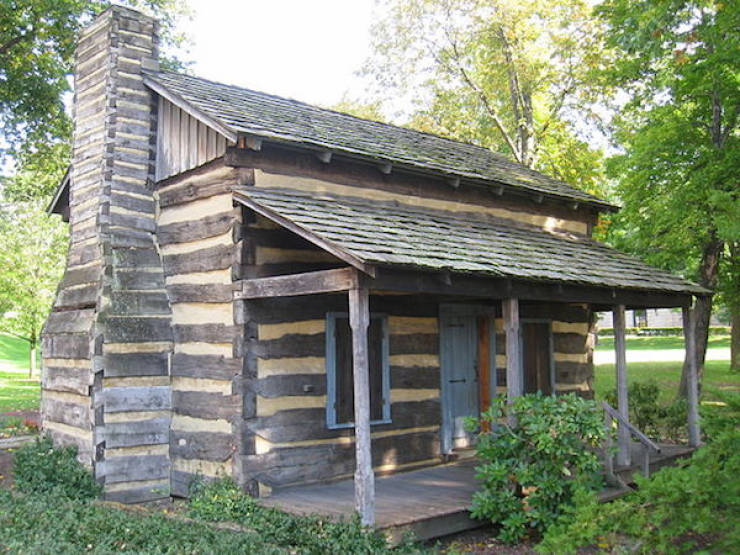 In Seattle, a prisoner named James Russell was discovered to be missing from the Olympic Corrections Centre.

At some point the night before, he had escaped and fled through the nearby woods. During his escape, he found a log cabin and went to knock on the door to get some help. The person who answered the door was a security guard from the prison, who promptly took him back into custody.

At a prison in Tennessee, Curtis Ray Watson was on lawn duty, when he took a chance and took off on a lawn tractor. He managed to get away from the prison, then went to a farm, and took an even bigger tractor.

He didn’t get too far after that, once he was spotted. Still wearing his orange reflective vest from his duties.

Life on the outside just ain’t worth it 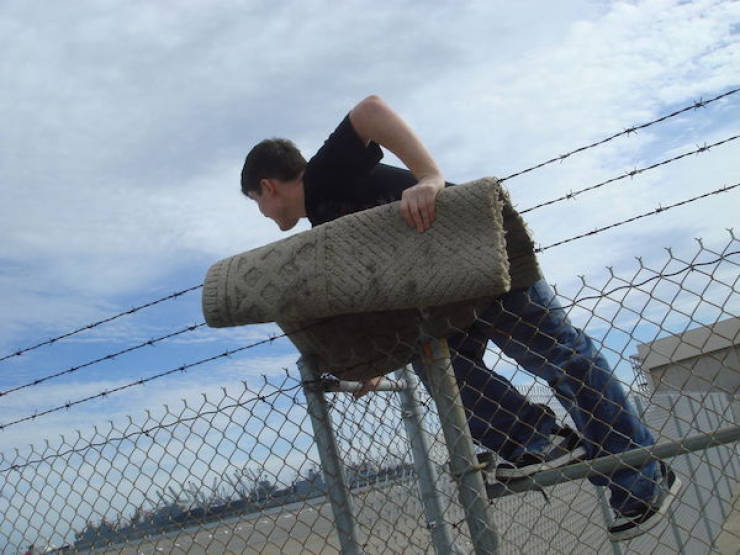 While most prisoners try to break out, to stay out, one guy went through great lengths to get out, and got away clean. He actually spent months McGyvering a way to cut a hole in his window with a razor and popsicle sticks.

He was captured later, trying to break back in to the prison, because he thought civilian life was overrated.

Make sure everyone is OK with the plan 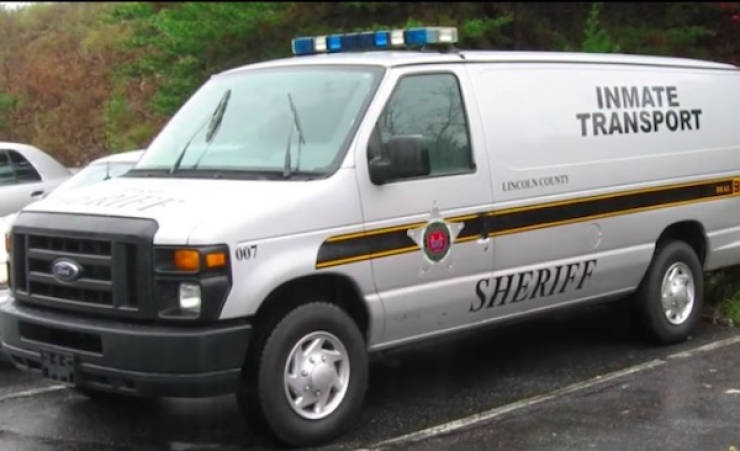 In Oklahoma, a prison van with 8 inmates was left unattended with the keys in the ignition. So obviously, the inmates took off and made their escape.

Except one of the prisoners wasn’t too keen on escaping, so when he got the chance, he called 911 on everyone and told the police he was being held hostage.

In New Zealand, two inmates tried to escape a courthouse, while chained to each other. They argued over which way to run, got frustrated and then got caught on a pole, stumbling along the way.

They tried to get up and run again, but they were easily caught, and hopefully became cellmates.