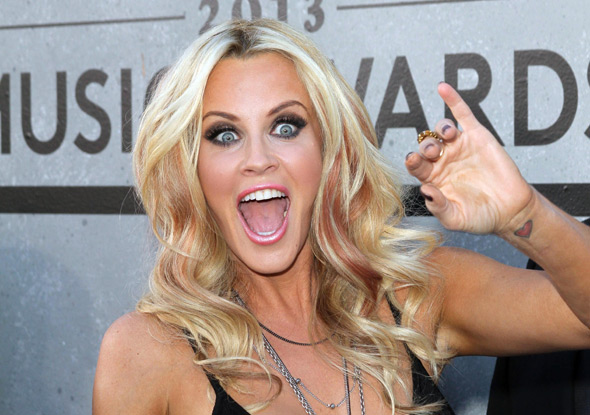 Jenny McCarthy is reportedly the latest female celebrity to fall victim to a nude photo leak. Racy snapshots of the former View co-host were posted on sites including Reddit and 4chan

According to reports, McCarthy’s selfies appear to have been taken with an unidentified man and prior to her relationship with New Kids on the Block singer Wahlberg, whom she wed late last month.

Neither McCarthy, 41, nor the Blue Bloods actor have yet to comment on the situation, but actress Meagan Good — whose nude pictures were also leaked online this week — spoke up over the weekend. “I’m definitely in shock,” the Think Like a Man star wrote via Instagram on Sunday, Sept. 21. “Saddened for everyone who is experiencing this. But I choose not to give the persons responsible my power.”

Previous Girls night out
Next This Guy Went Out In Search Of Fish, But Found A Bald Eagle Instead. Amazing!