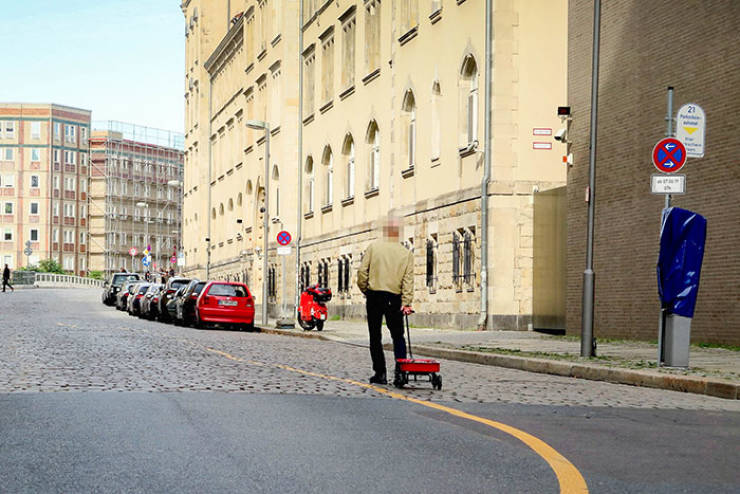 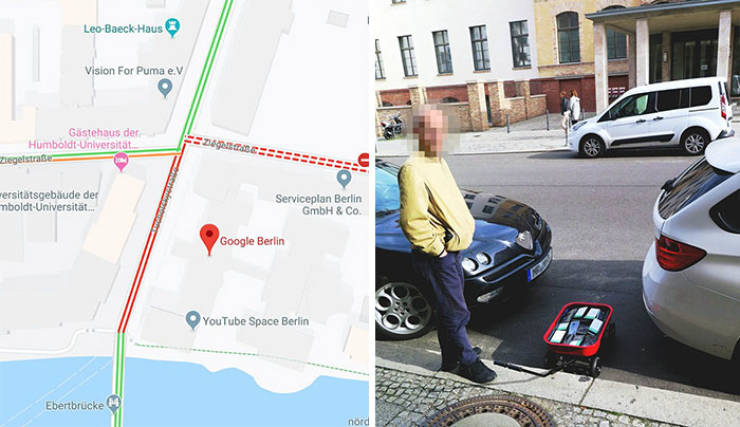 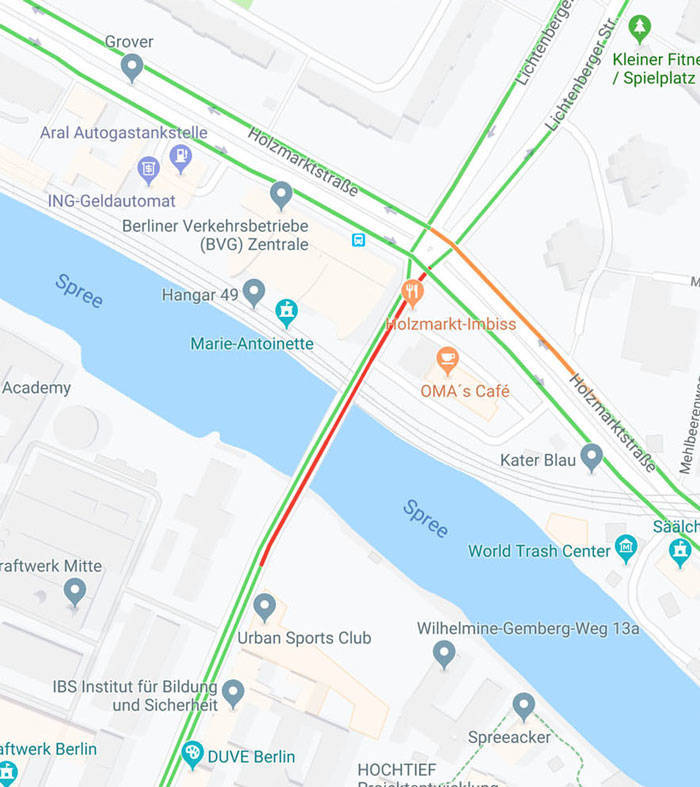 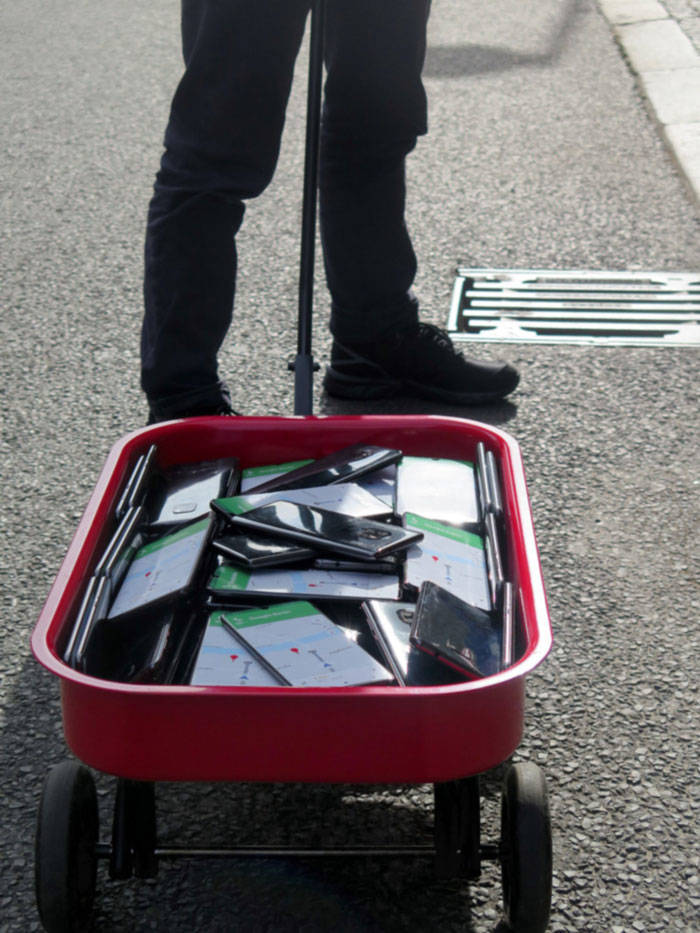 The way Google Maps estimates traffic is by assessing the density of phones that enable the app to access their location, confirmed a Google spokesperson. Therefore, to the app’s technology, the only explanation for Weckert’s 99 phones in a condensed space was a dense traffic jam. The spokesperson also said, somewhat creepily, that Weckert’s experiment helps Google figure out where its geolocation needs to improve. It can distinguish between the motions of a car and a motorcycle, apparently, but recognizing movement in a wagon is still beyond it. 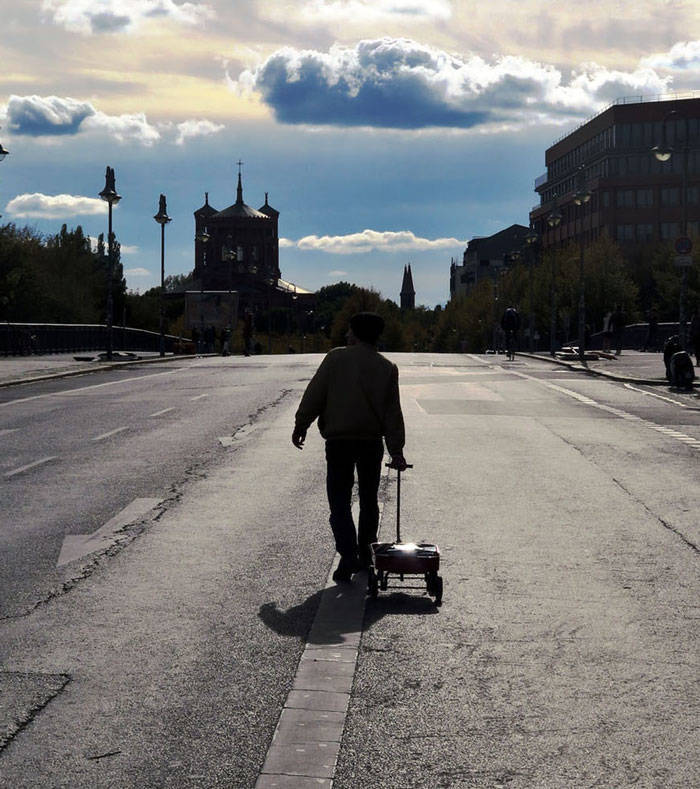 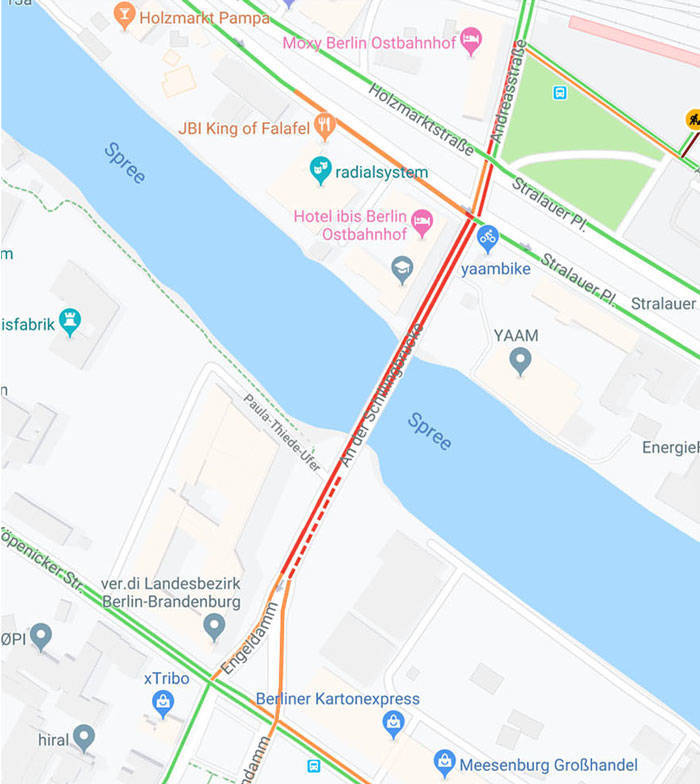 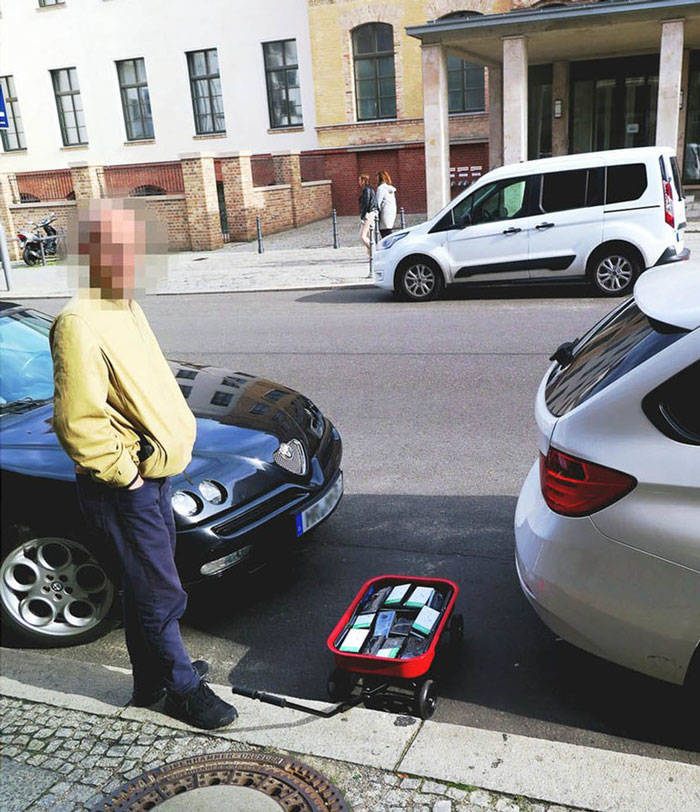 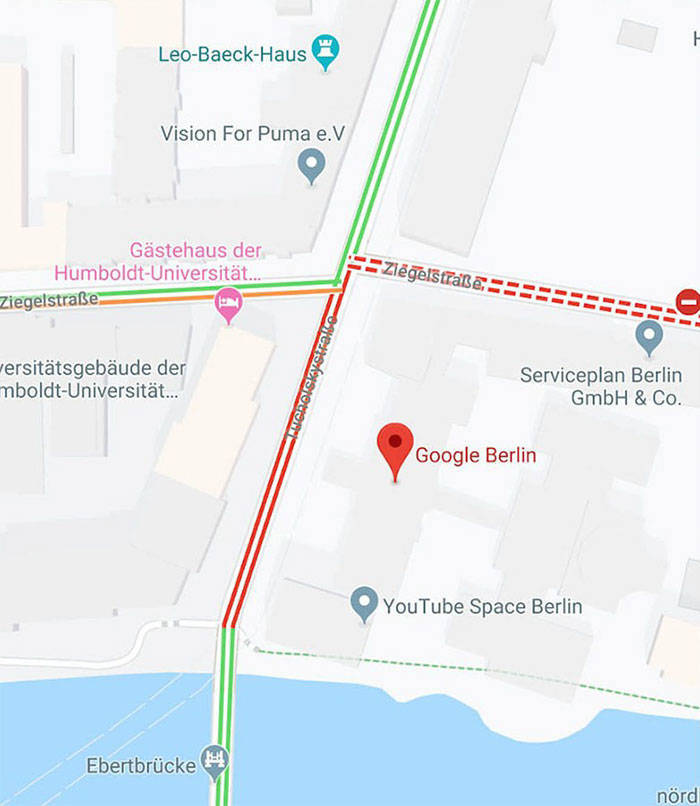 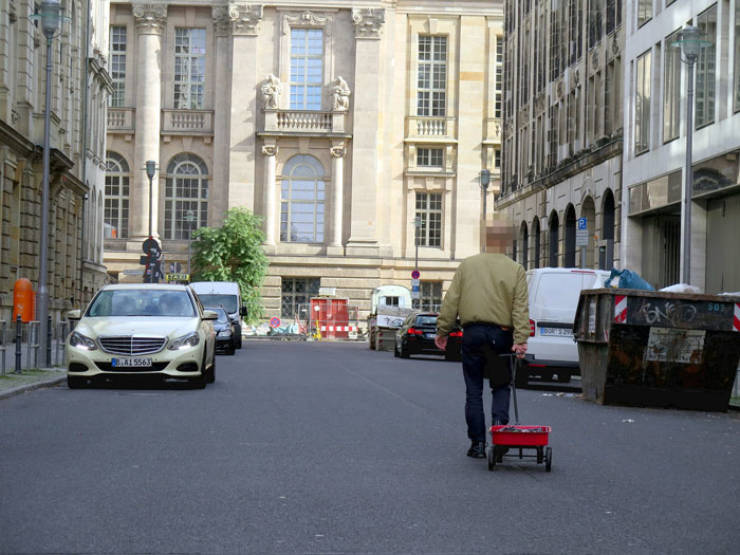 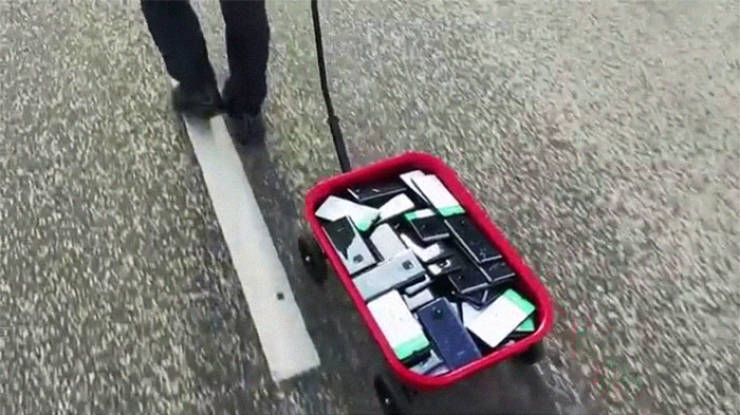 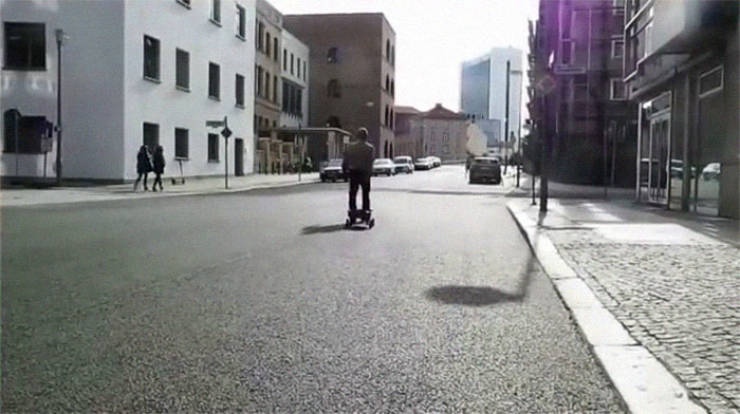 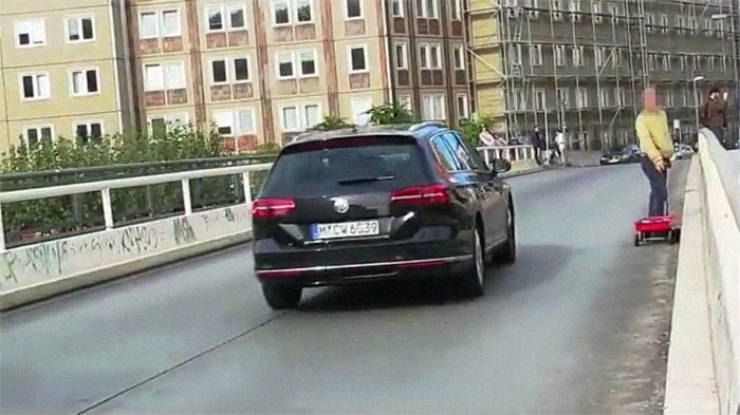 If you’re wondering why a bus full of people with smartphones doesn’t automatically show up as a traffic jam, a bus is very easy to recognize via geolocation, as such a cluster of users follows a predictable path and stops in predictable places. Maybe Weckert’s next experiment should be trying to fool Google Maps into thinking he’s a bus.

The question on everyone’s minds is why? Weckert wanted to show how we rely on data to predict reality for us so we can plan our actions around it, trusting it as an objective display of reality, even though the technology used to interpret data can err or be misled, potentially forming an inaccurate model. Commenters are already coming up with ideas for gaming the system based on his experiment, while others think it worked a little too well and could have dangerous consequences.
Previous Barno Morning Picdump (48 Pics)
Next 17 School Years Memories That Aren’t Very Pleasant