Leon the stray cat decided to make the Order of Attorneys of Brazil his new home, however… 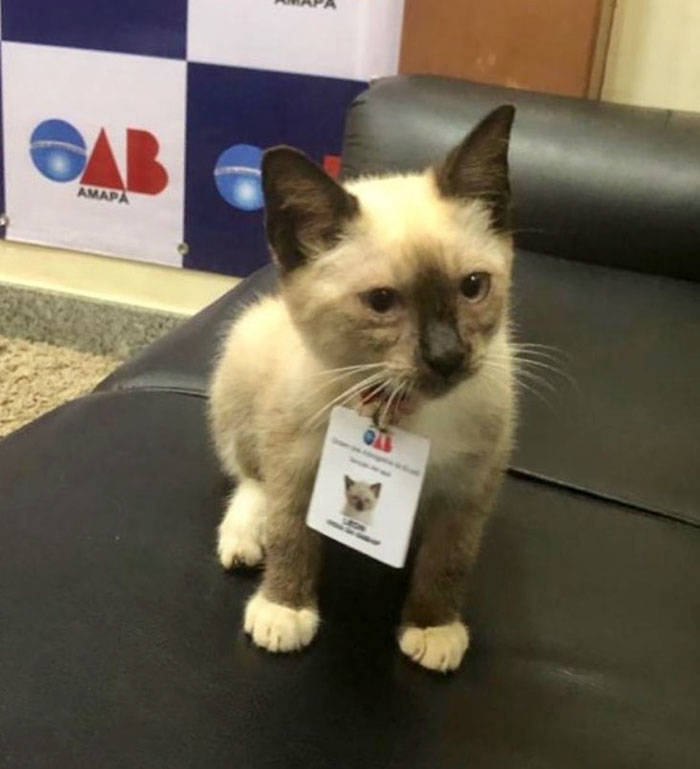 …some people didn’t like that and filed complaints, but the cat was offered a job! 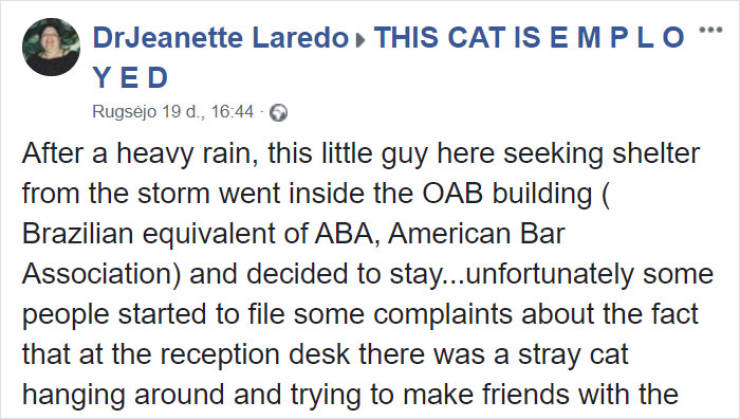 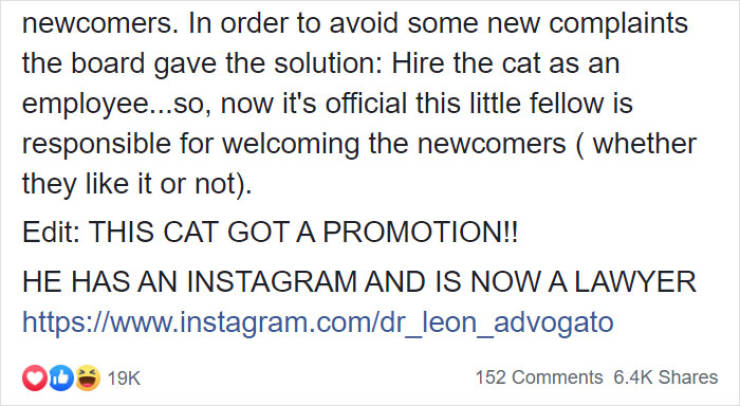 When Dr. Jeanette Laredo posted the good news about the cat becoming an official employee of the OAB, the news went viral online.

Now Dr. Leon the lawyer Cat, who welcomes people coming into the OAB, is famous and even has his own Instagram page dedicated to his antics and animal law. Over 30,000 people follow the cat on Instagram, and I’m sure some of us are a bit jealous of the attention.

The catto was made an OAB employee to silence critics 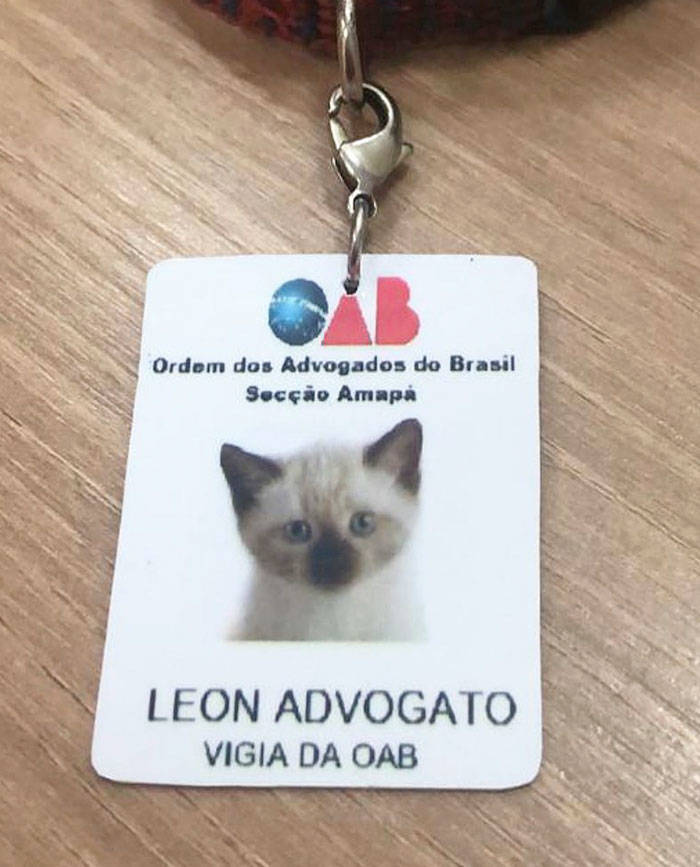 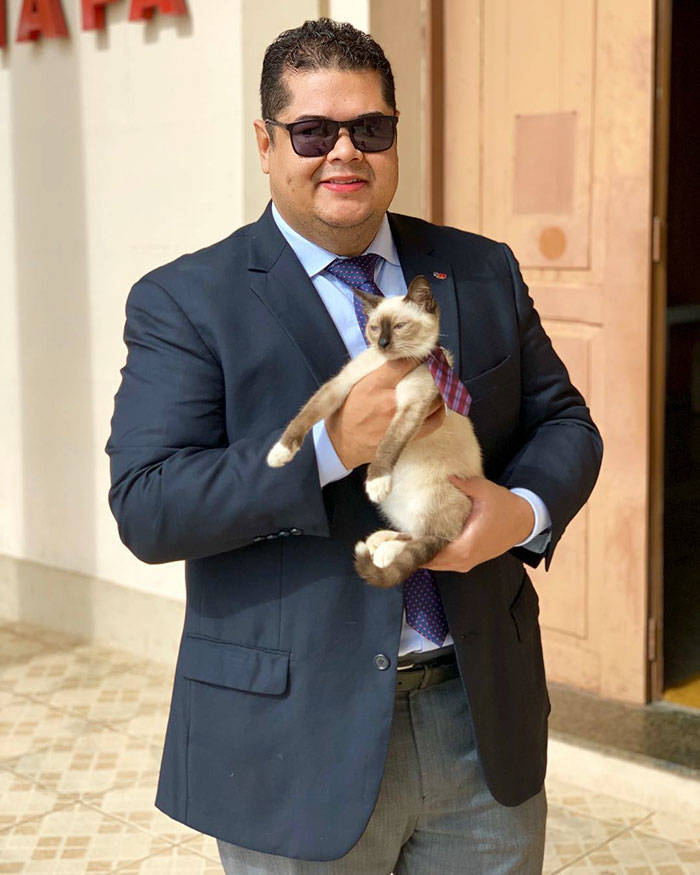 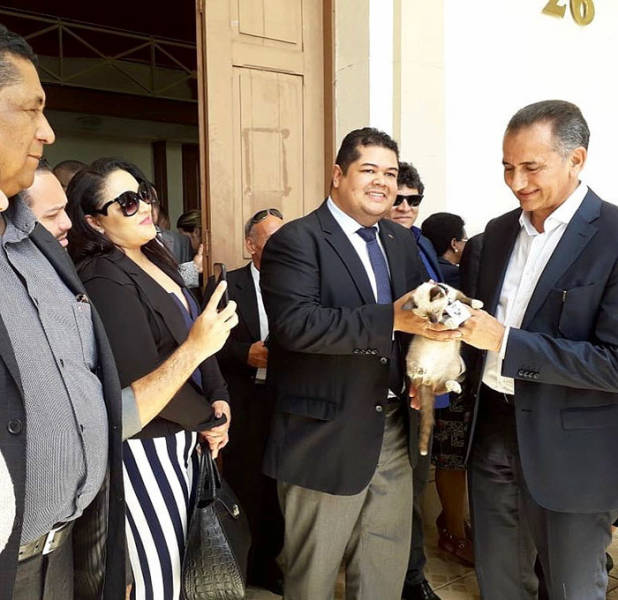 “In February it rains a lot in the state of Amapá (Amazonia), so he arrived at OAB fleeing from the rain and thunder. For a week, he was fed and protected in a box. Until he got hired.”

The lawyer’s representatives told Bored Panda that people filed complaints about the cat because he was very small and they were afraid they’d step on him when he came to meet people.

“[They said] that there was no space for him because it is a serious institution. So the President [of the OAB] determined the hiring and gave him an employee badge.”

The cat looks incredibly handsome in his little uniform 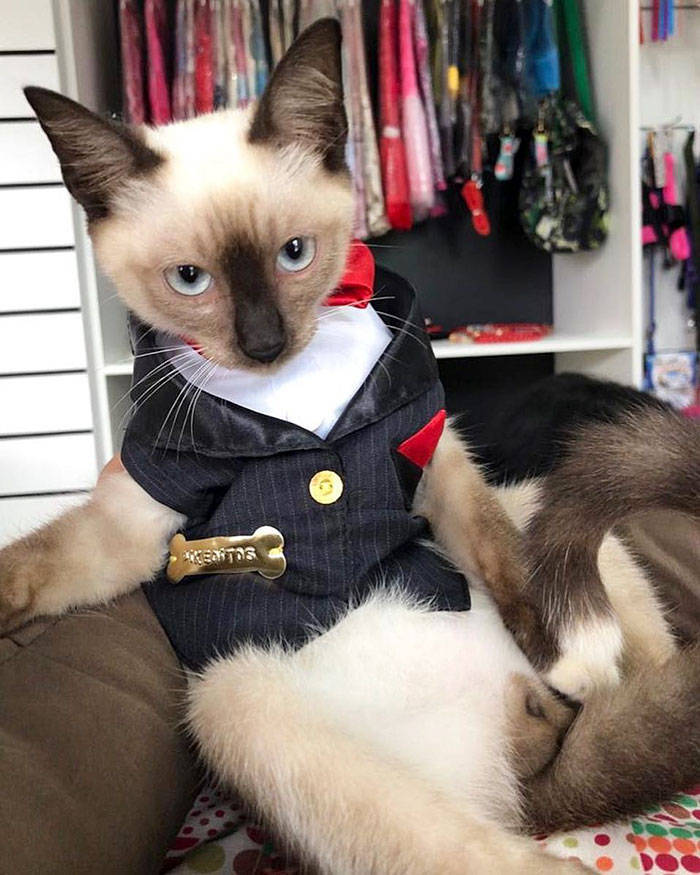 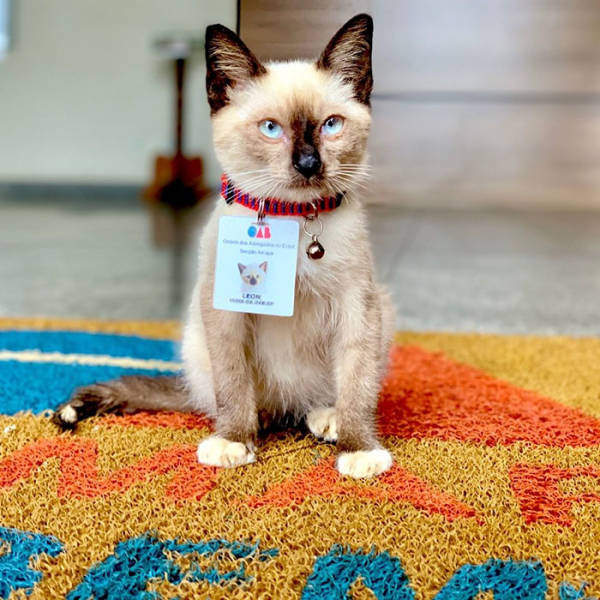 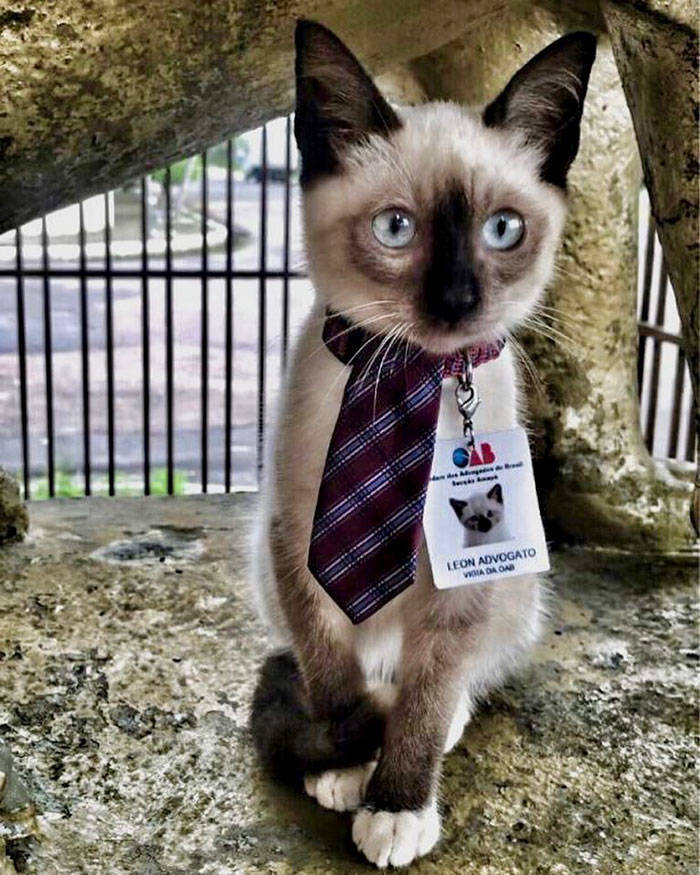 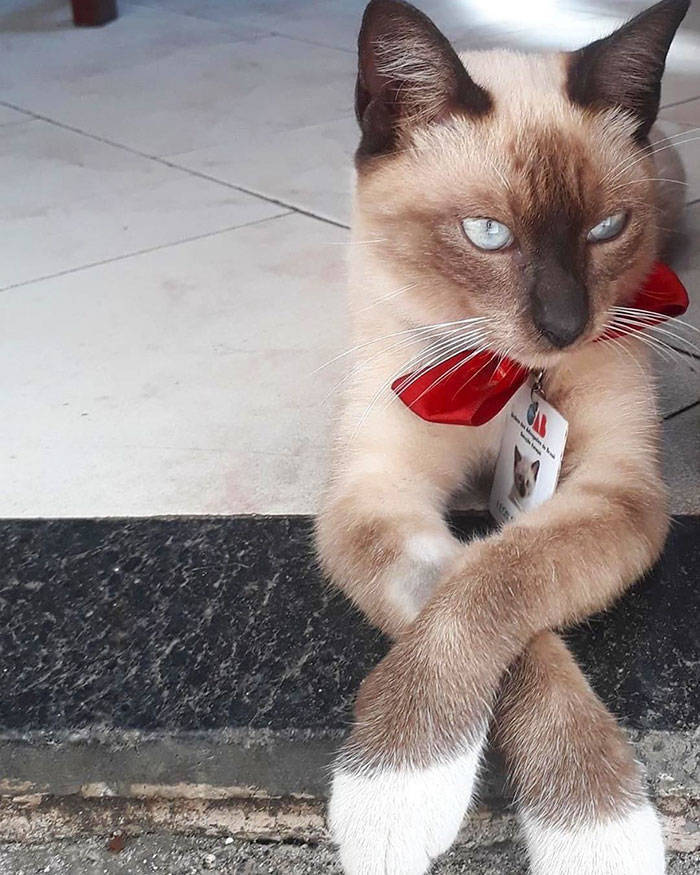 It’s possible that Dr. Leon will have his own office in the future: “We are finalizing the documents to launch an animal rights institute. It’s called Instituto Dr. Leon. Unfortunately, we cannot house all [the animals], so we will fund the NGOs in town. We will be an example for Brazil [to follow].”

“Today, he is very dear to everyone. Even those didn’t like him got used to his presence and have fun with him. His favorite place is President Auriney’s sofa; he loves to play with his toys,” the lawyer cat’s representatives explained, also adding that the employee is fed regular cat food.

“Two months ago Leon was neutered and is already fully recovered. But veterinarians say he had a problem with his vocal cords as a result of suffering as a baby. He hardly meows, but we keep taking care of him. This motivated us to create the institute to help abused and abandoned animals.” 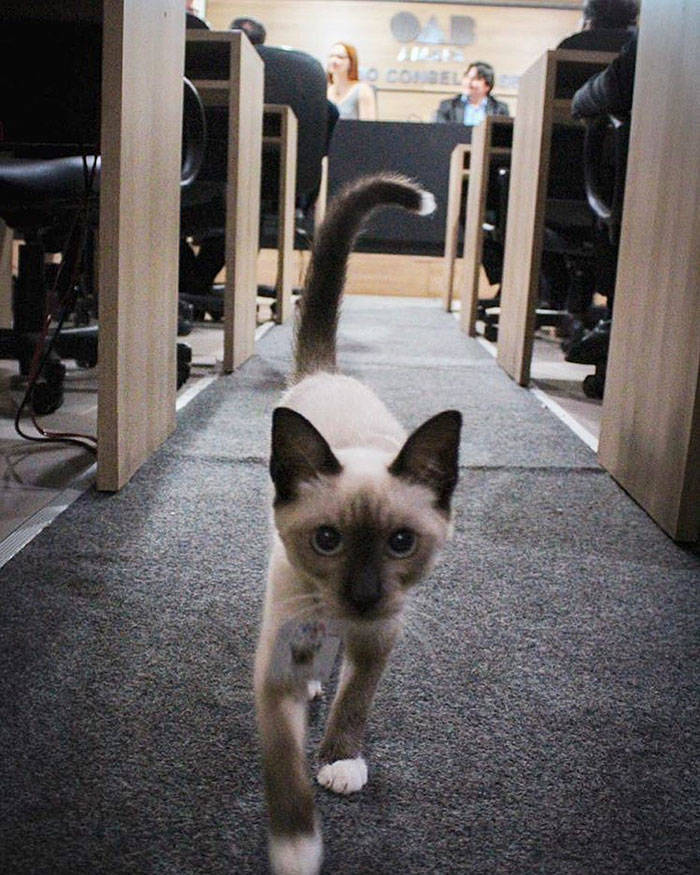 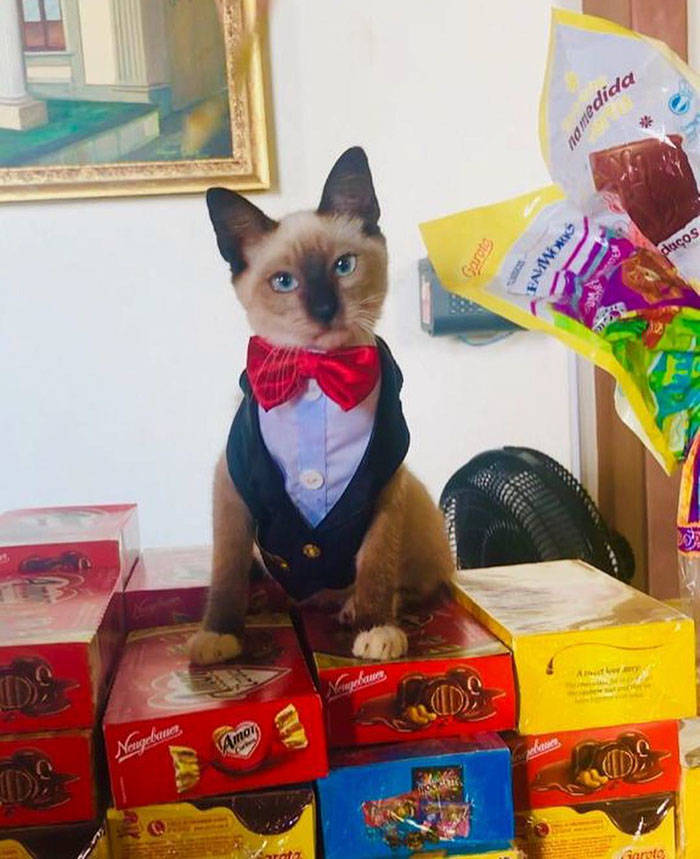 This is far from the first time a feline has gotten a real job. For example, as a cat named Rademenesa works at an animal shelter, takes care of sick animals and tries to nurse them back to help. The catto became a kind-hearted nurse because it survived an inflamed respiratory tract when it was barely 2 months old.

The purrfect way to welcome somebody into the building 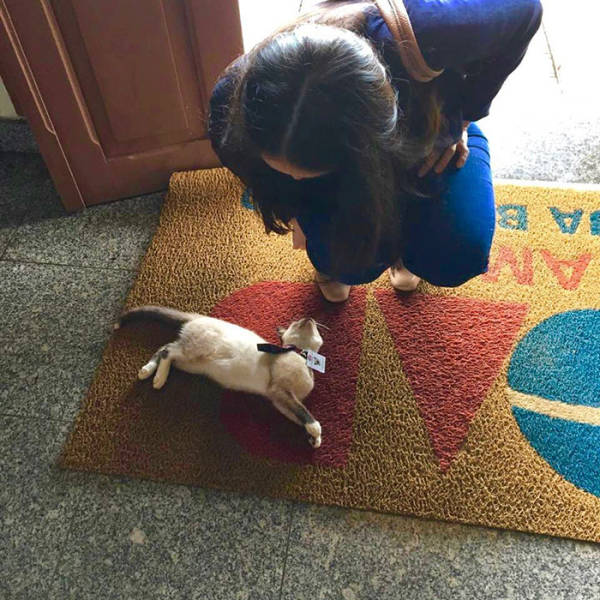 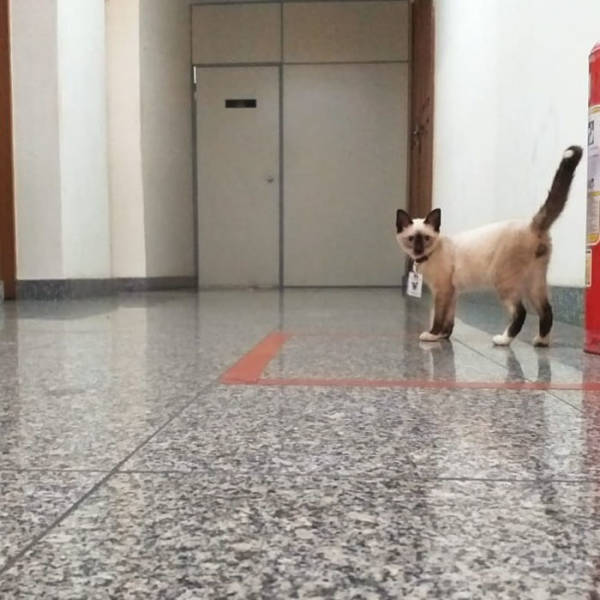 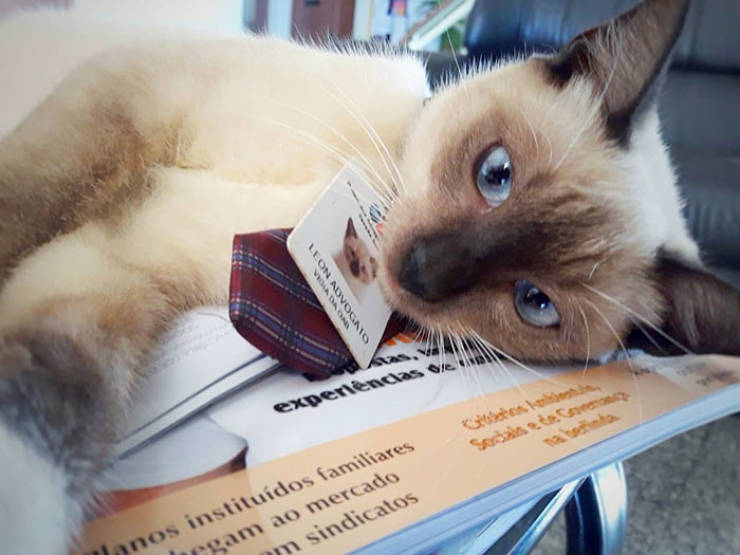 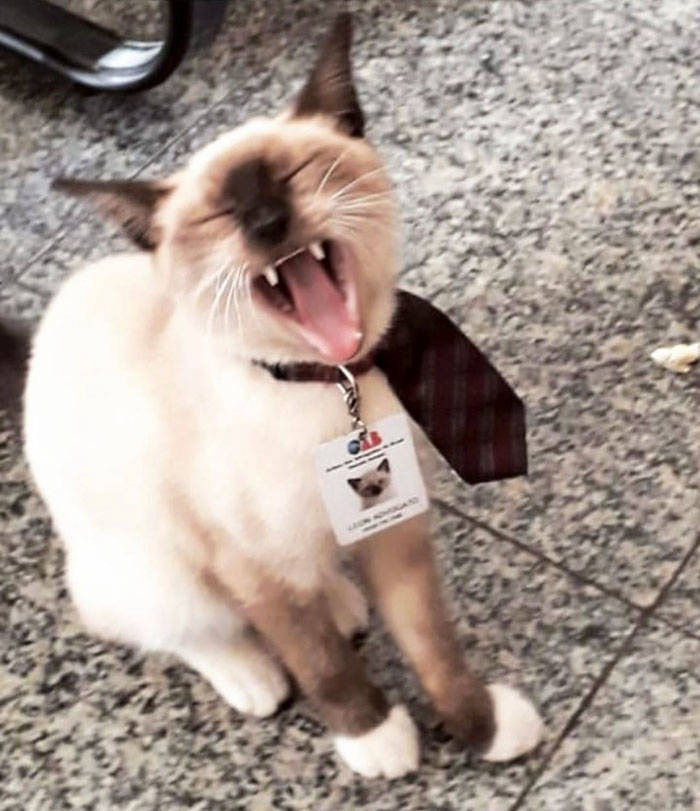 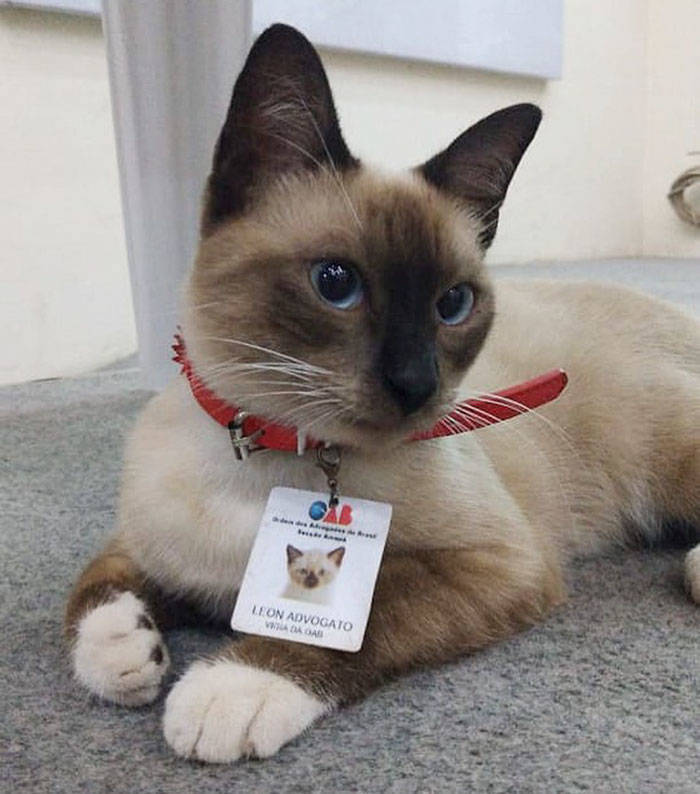 Cats have been trying to get into politics as well. Cat Time writes about several such cats, like Barsik the Schottish fold who got a stunning 91.6 percent of all votes in an unofficial poll for mayor of Barnaul, a town in Siberia. Unfortunately, the cat didn’t register as an official candidate in the election, so it never ended up becoming mayor. There was also Limberbutt McCubbins, a democratic cat from Kentucky, and Dr. Jekyll, who is fluffy and orange, who both officially registered to run for President of the US.

What do you think about Dr. Leon becoming a feline lawyer in Brazil? What do you think of cats with jobs? Do you believe that if ever a cat’s elected into office, the country will go to the dogs? Share your thoughts with everyone in the comments!

Previous 20 Photos Prove That In The End, Nature Claims All
Next 19 Games That 90’s Kids Still Remember