Most Absurd Moments Of The Olympic Closing Ceremonies

Winston Churchill popped out of the top of Big Ben and recited passages from Shakespeare’s “The Tempest.” 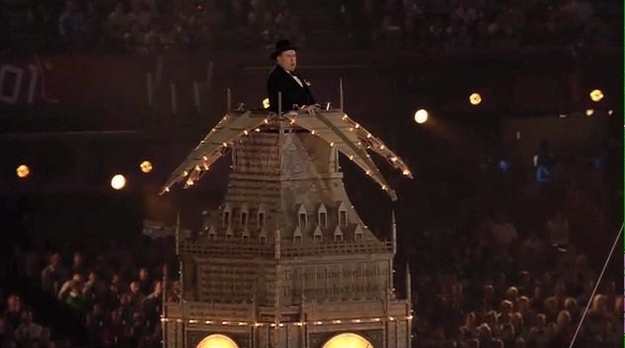 I, for one, feel great about the fact that Timothy Spall can play both Winston Churchill…

…and Peter Pettigrew in “Harry Potter.” 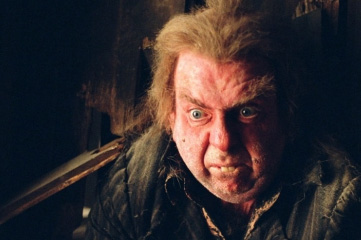 In some bizarre homage to how London gets “started” every morning, a woman wore a dress made of newspaper, swinging newspaper bags…

…and Batman climbed out.

Reference to something inherently British and inscrutable? Possibly! Either way, that’s definitely not Christian Bale.

No big deal, just a guy wearing a fez and a Union-Jack kilt descending from the sky with a saxophone.

Ladies and gentlemen, the Pet Shop Boys. God, I have to sleep at night after seeing this, somehow.

Coolest delegation at the Olympics goes to the Ethiopians.

This dude was just wandering through the athletes. Beer? Beer. Beer!

Leave it to a French guy to show off.

The Irish athletes know what’s up. They just competed for two-and-a-half weeks! Why should they be dancing to One Direction!

Ugh, and then people started building a pyramid.

I mean, I’m not even joking right now 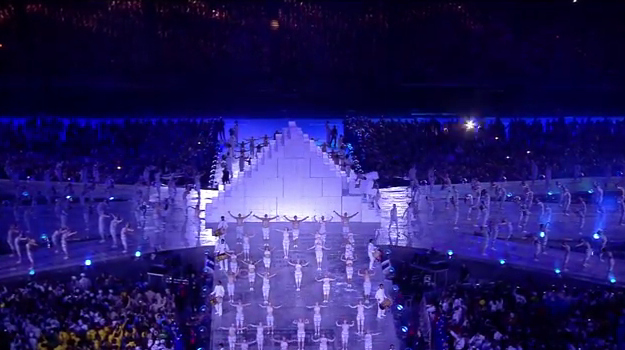 This was part of a nice little tribute to John Lennon, BUT: dressing a bunch of kids up in all-white “Imagine” shirts… 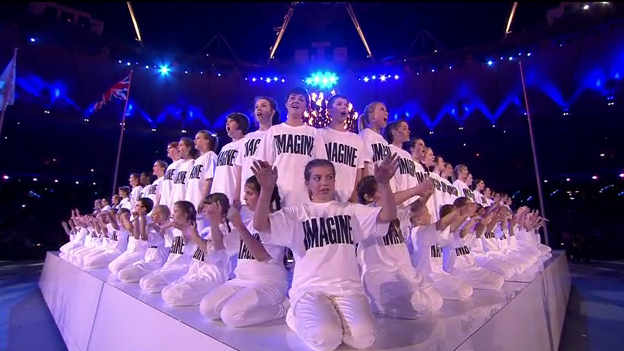 …and building a replica of John Lennon’s face still qualifies as super-absurd.

George Michael will sex you up.

(Skull belt buckle = what the Olympics are all about.) 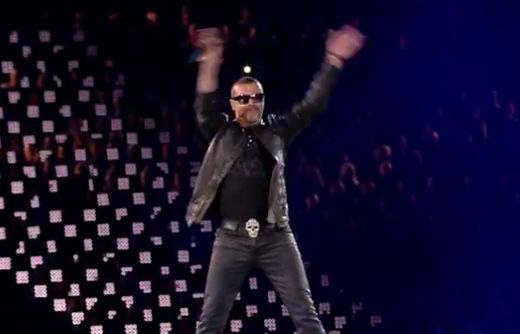 Just give in. Let David Bowie take you away. Let him herd you through time like a glowing-haired sherpa.

Annie Lennox’s set was pretty cool, but damn was it also scary. 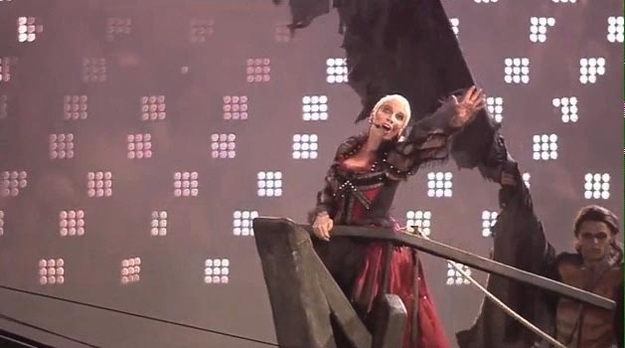 Speaking of scary: the most inscrutable thing about British culture, to me, is how it didn’t filter out Russell Brand before he became inexplicably famous.

He pretended to be Willy Wonka, and then transitioned into lip-syncing “I Am The Walrus” through a megaphone. I remember this canto from Dante.

GET ON THE RUNWAY. DANCE LIKE YOU’RE A LITTLE LIGHTNING BUG. 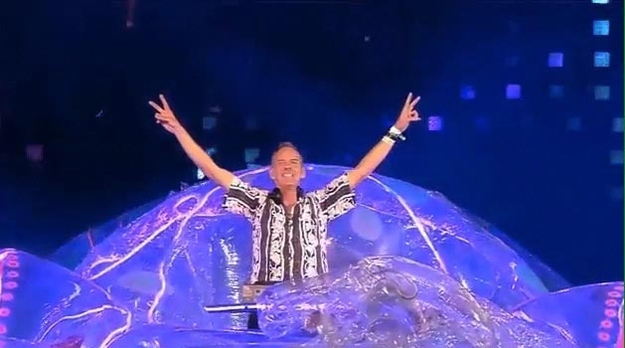 This is some sort of horrible war machine from the future. I just know it is.

Tinie Tempah almost got devoured by the octopus, which was admittedly kind of cool. 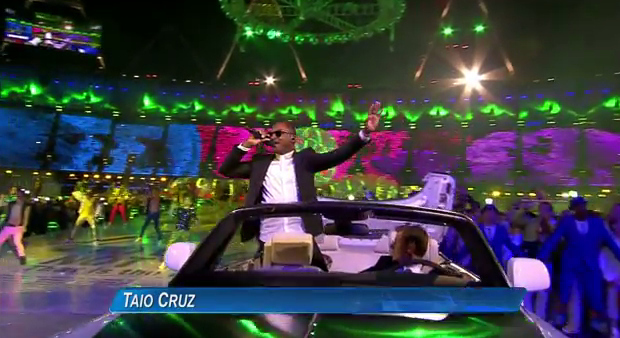 Oh, by the way, Jessie J performed in approx. 97% of the Olympic performances after entering in the back of some Bentley-looking automobile.

Here she is, performing easily the worst air-guitar I’ve ever seen attempted by a coherent human being.

Alongside her was Brian May, guitarist from Queen, rocking a haircut that looked like the glam-rock bastardization of a colonial powdered wig. 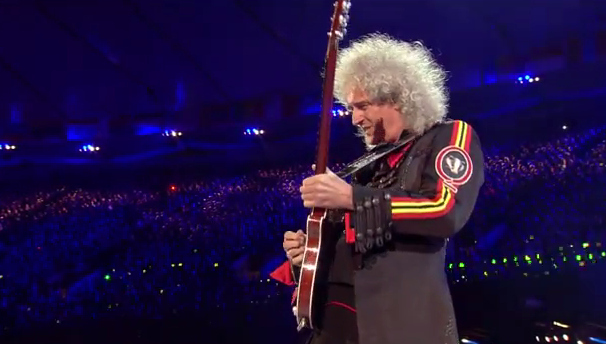 Eric Idle of Monty Python fame fell out of a cannon…

…and then performed “Always Look On The Bright Side Of Life” with a bunch of roller-skating nuns in what was easily the most British thing that’s ever happened.

Boris Johnson waved the Olympic flag LIKE A BOSS.

Kate Moss was there, in a very awkward supermodel sequence stapled on to the Bowie tribute because FASHION. (Bowie wasn’t there.) 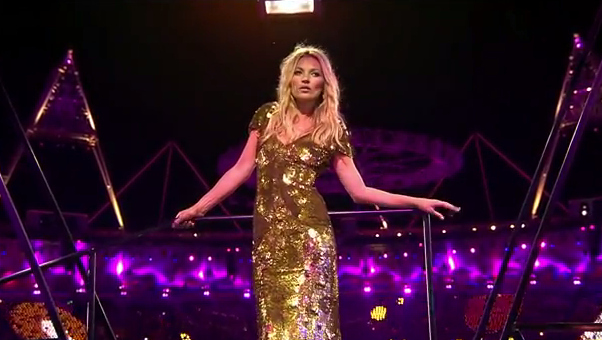 Liam Gallagher sang “Wonderwall,” the most famous song by his old, famous band Oasis, except without his brother Noel and with new act… Beady Eye. Yeah. 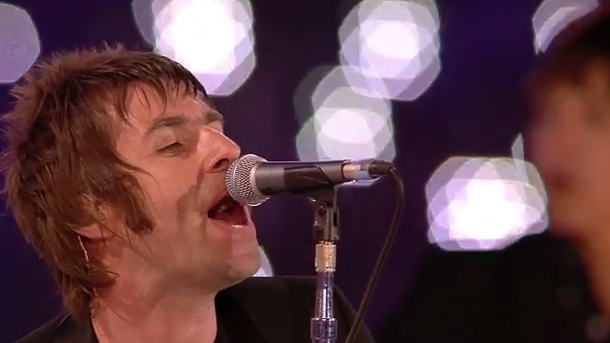 And last, but not least: the Spice Girls reunited for a fun performance that gave us this GIF. Long live Posh Spice.