NASA’s Cassini Spacecraft got up close and personal with Saturn’s rings, giving us never-before-seen levels of detail in the giant discs of icy particles orbiting the planet.

This is thanks to Cassini’s “ring-grazing” mission that involves the probe making orbital dives past the outer edge of Saturn’s main ring system. This is one of Cassini’s final missions as the 20-year-old spacecraft will soon expire, plunging into the gassy planet this September.

“How fitting it is that we should go out with the best views of Saturn’s rings we’ve ever collected,” says Cassini Imaging Team Lead Carolyn Porco from the Space Science Institute in Boulder, Colorado.

And he’s right, this is the first chance we’ve had to see the main rings with such high-definition.

The images resolve details as small as 0.3 miles, which is about the size of some of Earth’s tallest buildings. 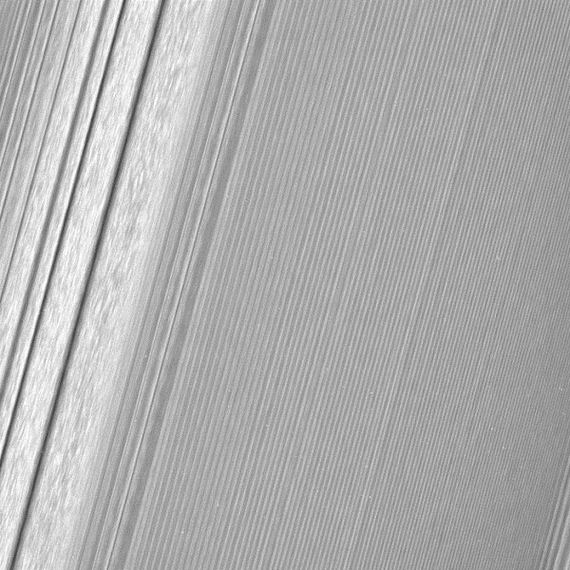 In this image you can see Saturn’s A ring. It’s the outermost of the structures and it lies about 83,574 miles from Saturn.

The rippled appearance is a density wave and is made up of icy particles that form shapes that scientists informally refer to as “straw.” 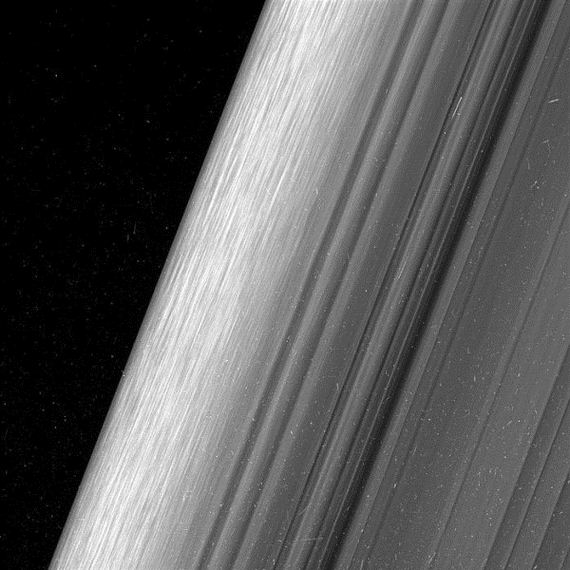 This is Saturn’s outer B ring. 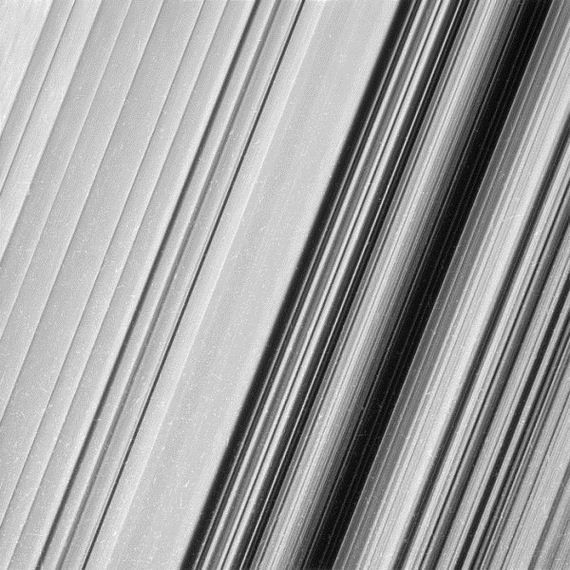 As great as the new pictures are, things are only going to get more amazing as Cassini gets closer to its final mission phase.

They’re calling it the Grand Finale, and it’s basically the space probe’s “death spiral” that will begin on April 26th. Cassini will dive through the gap between the planet and its rings.

The spacecraft will get a final look at the innermost rings and the planet’s gas clouds before one final orbit that ends with Cassini plunging into Saturn’s upper atmosphere and burning up like a meteor. 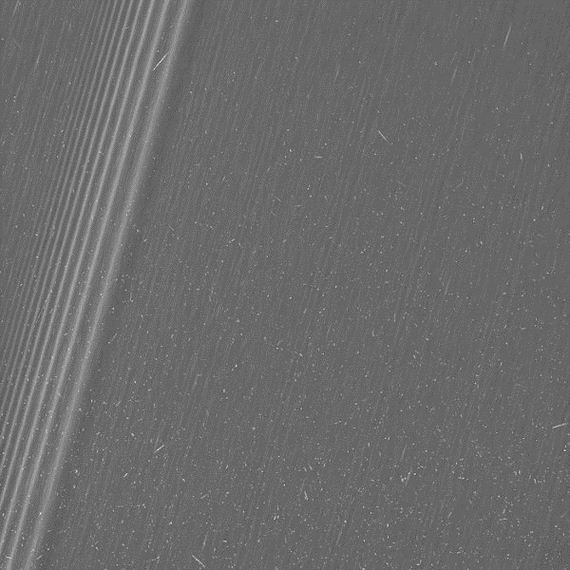 The reason for the fiery death and not a prolonged retirement of exploring more of Saturn and its moons is that NASA thinks that two of Saturn’s moons, Enceladus and Titan, feature habits that could possibly sustain life.

Just in case there are alien organisms living on them, NASA doesn’t want to jeopardize them by bringing microbes from Earth that could still be surviving on the probe– even though that possibility is slim.

While it will be sad to lose the veteran Cassini, we’re all looking forward to the amazing observations it provides in its Grand Finale.