People Reveal The Types Of Clothing That ‘Instantly Turn Them Off’ 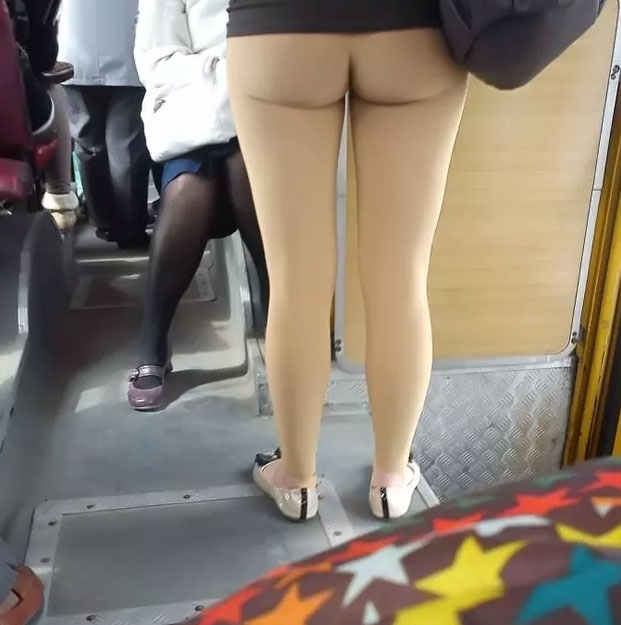 “Skin colored leggings, the ones that make you do a double-take because you think for a second they’re naked from the waist down.” 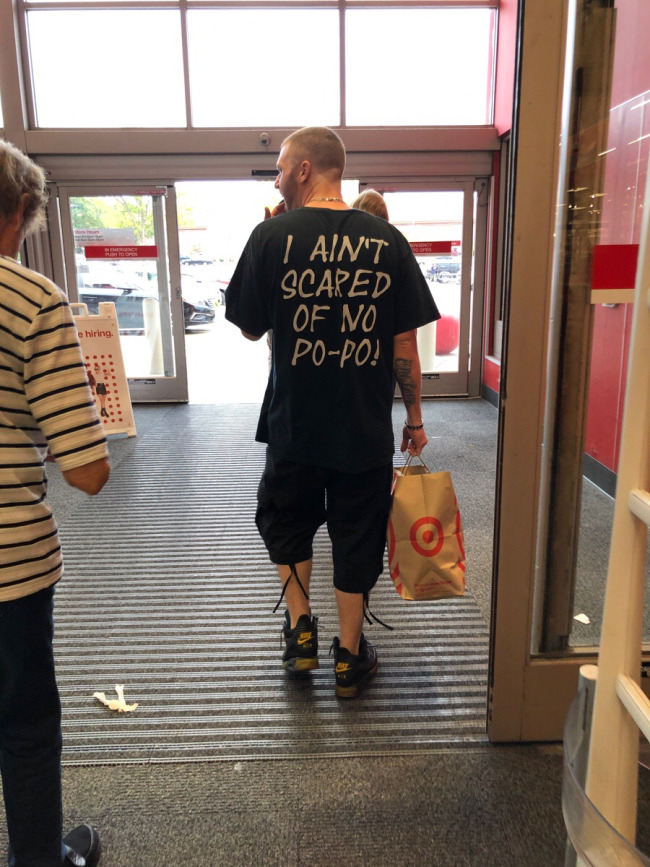 “ED Hardy and basically anything bejazzled.”

“I’ve noticed this a lot recently – a poorly fitted suit on a man. Particularly if the jacket is ill-fitting in the shoulders or waist, or if the pants are too short. Not saying every guy needs to drop thousands on a custom-tailored suit, but at least find one that fits well, or take it to a tailor for small/cheap alterations.” 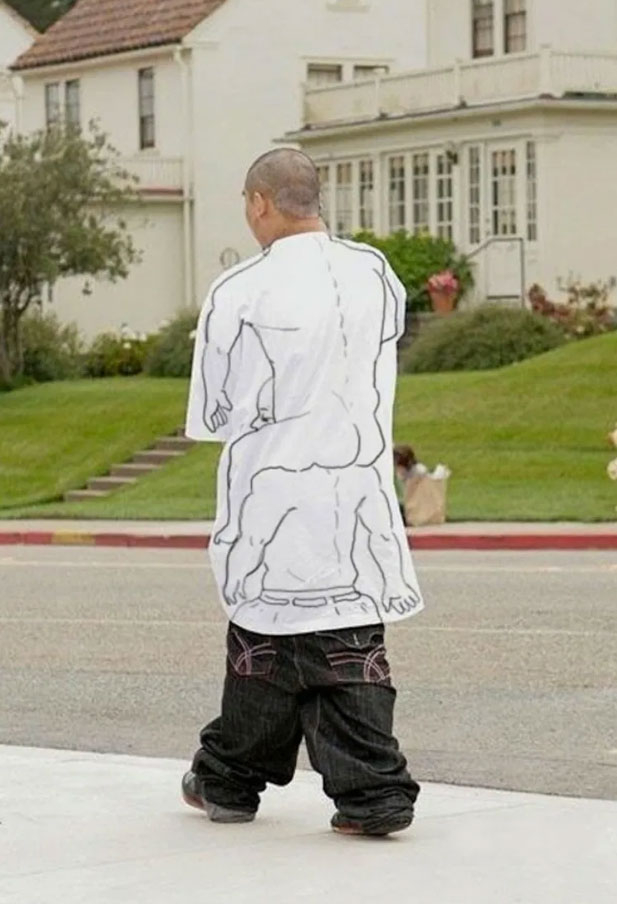 “Jeans that don’t fit a man’s ass – i.e. when they’re slip-sliding down to their knees. No thank you.”

“Caps with the circumference set too small, so it just sits on top of the wearer’s head. I don’t understand how this is a thing, but it is.” 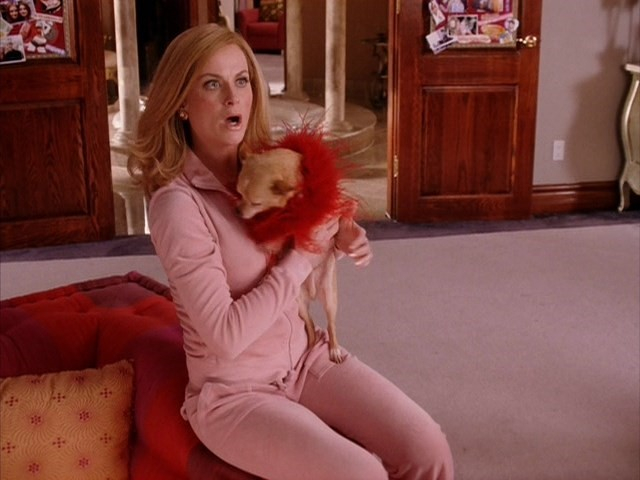 “Live in the UK, those pants that have ‘juicy’ written on the bum.”

“Shirts that are waayyy too tight… So tight that the buttons near the tummy may pop out.” 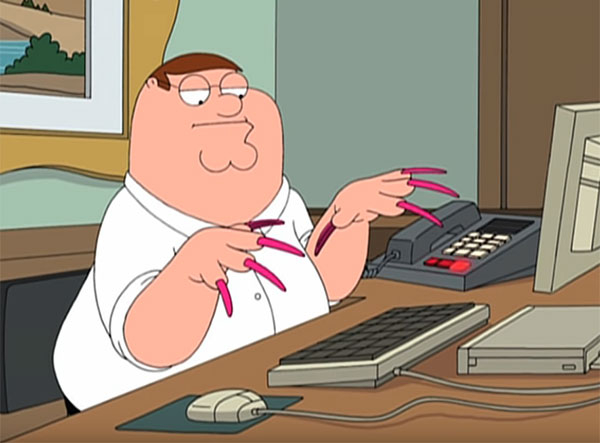 “Those claw-like fake fingernails. Wait that’s not clothing… Carry on.”

“Sleeveless hoodies. My ex had one. He also had EXTREMELY hairy armpits. Don’t know why he wouldn’t just get rid of it.” 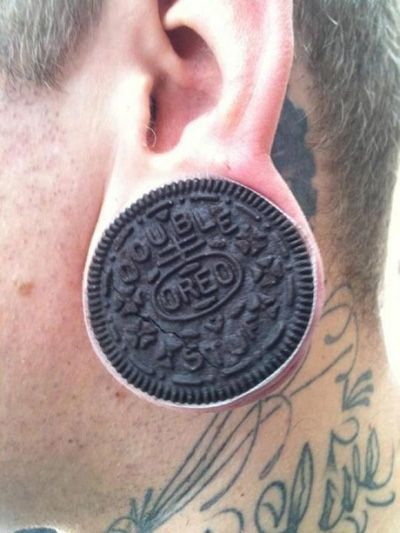 “Ear gauges/plugs. I’m sorry. I know they’re a personal aesthetic choice, and I would never tell anyone not to get them. But I just can’t get over how they look.” 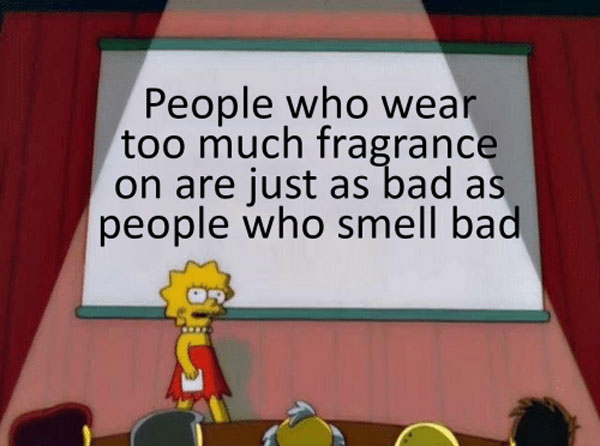 “Does “heavy ass cologne” count as clothing? They basically put it on like a wetsuit layer…”

“Wearing anything that is obviously only to get attention. I don’t mean like skimpy clothes, I mean like way over-stylized things. For example, those gladiator sandals that lace-up halfway up the shin.” 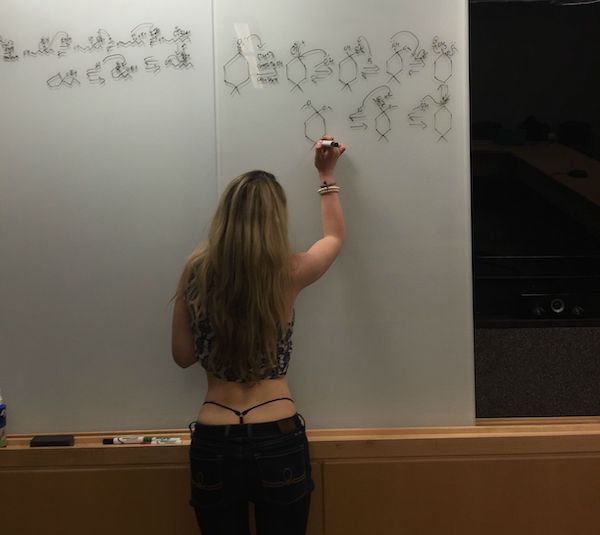 “I’m not a big fan of the thong underwear. Obviously, if it serves a functional purpose such as when you have a dress on and want to avoid the lines, that’s fine, but women in jeans who bend over and have their thong riding 3/4ths of the way up their back? That’s just trashy to me, I don’t care who you are.”

“Not so much clothes, but an orange looking fake tan. I’ve seen so many women walking around like they are hot shit looking like an Oompa Loompa.” 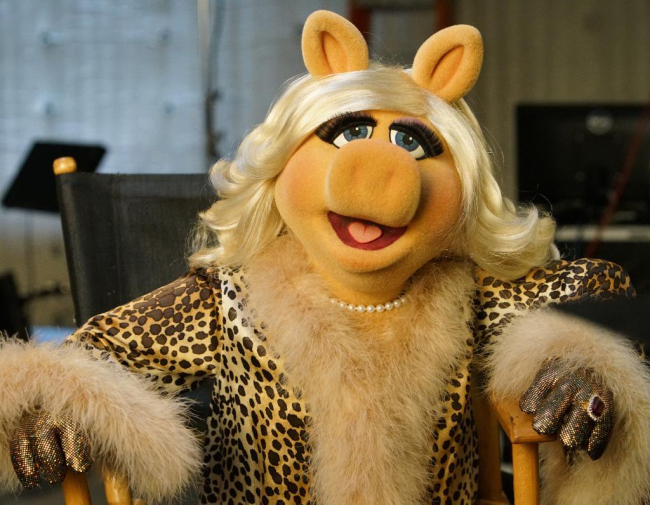 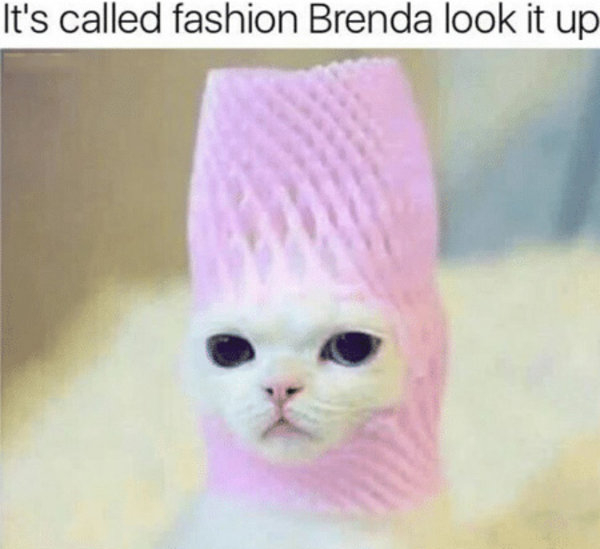 “Those dresses that don’t taper at all so it kind of looks like a big windsock.” 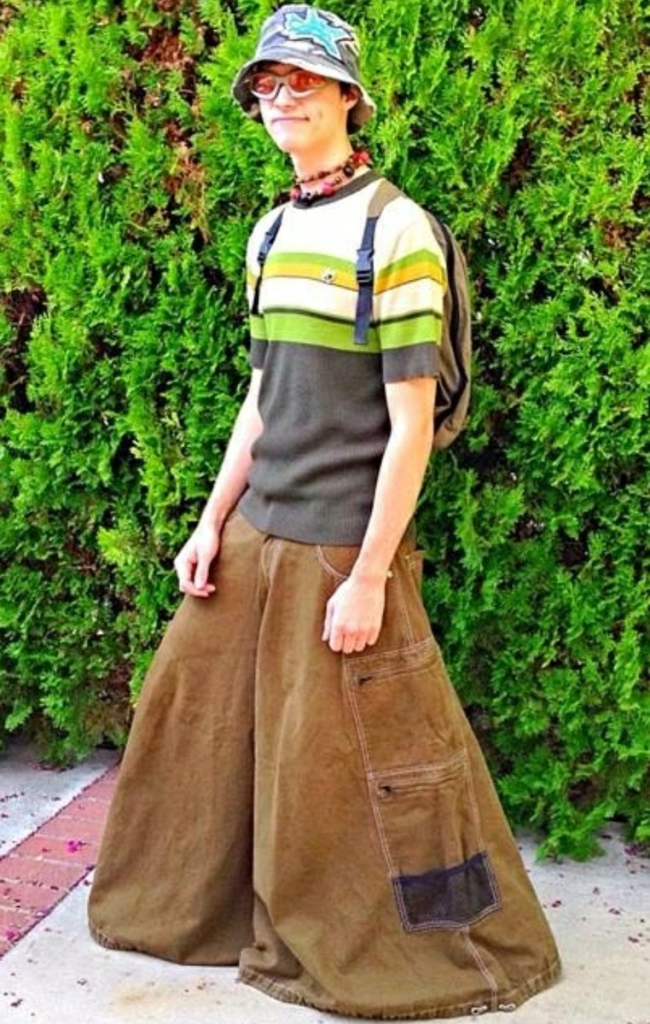 “Jeans that drag on the ground. The kind that have seen such tragedy that they have holes worn through from constantly being stepped on and dragged across the rough ground.”

“Those ugly giant white Fila shoes that are popular for some reason right now with women, y’all look like a 37-year-old single white man who’s style is based of the Kmart blue light special.” 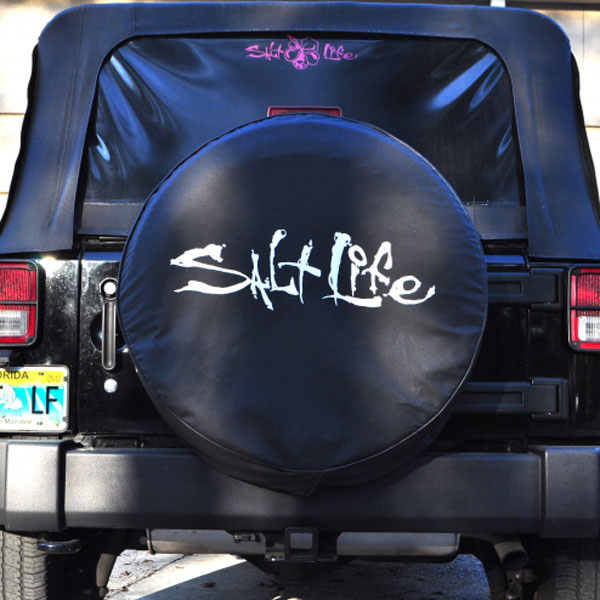 “I live in FL so anything SALT LIFE. For those that don’t know it’s a clothing brand that is a part of the trailer park trash starter pack. You see the logo on fucking everything they can fit that fucking thing on. Also, holy fuck it’s spreading.”