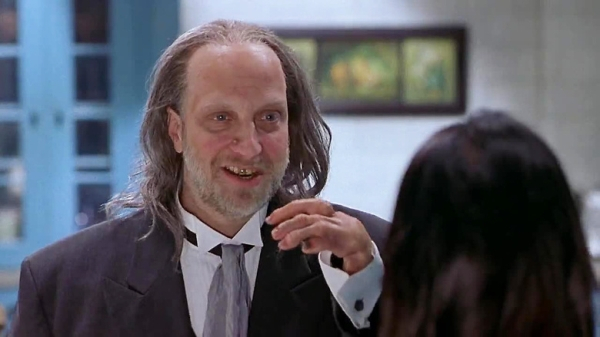 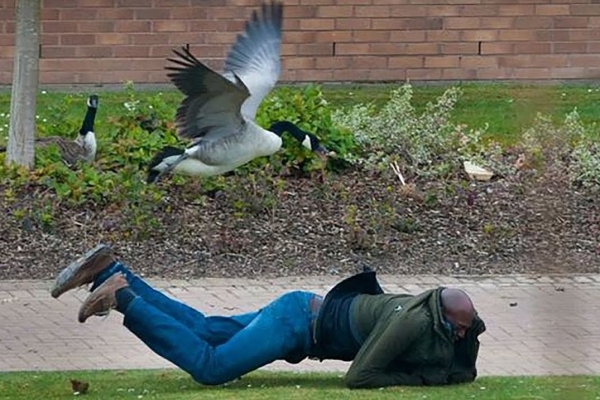 While walking to a customer’s front door, one of our drivers was repeatedly attacked by a particularly vindictive owl. The driver insisted that we ban the house for safety reasons – after the manager finished laughing he said he would compromise and add it to our “dangerous dog” list instead.

The very next night, the same driver was attacked by a customer’s pet goose. I’ve never met anyone else so hated by birds.

One day, I showed up to this guy’s door and a middle-aged man answered. I look down at the bag to give him his total, and as I do, the fat bastard grabs my arm and tried to pull me in his house. I’m not a big kid so I just drop the bag and pop him in the face. He loosened his grip a little, so I just wriggle my arm free and nope the fuck outta there.

I think I would have been in for more than a few ass poundings if I didn’t slip out of that one. A few court appearances later he got charges for assault and harassment.
Yay, I didn’t become a sex slave! 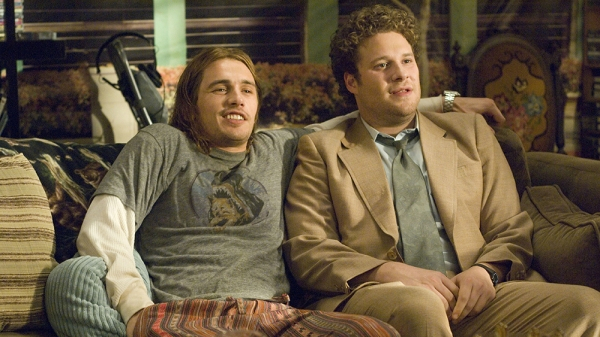 We had a place that was WAY outside the delivery area that we were always getting orders from. It turned out that the guy was dealing weed to the manager and 1/2 the staff and they had worked out an arrangement. When the new manager came in, he had to put an end to that. 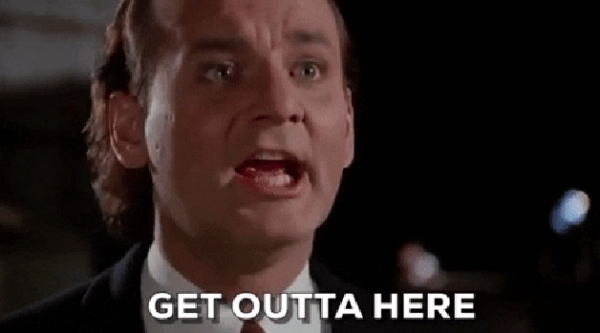 We had to put this lady off our delivery list because I had to make 2 trips back to her house over a spinach salad. Her reasoning being the Spinach wasn’t grown in the store and she demanded a refund, and my manager refusing the refund led to her shorted me in cash. It wasn’t my favorite day on the job. 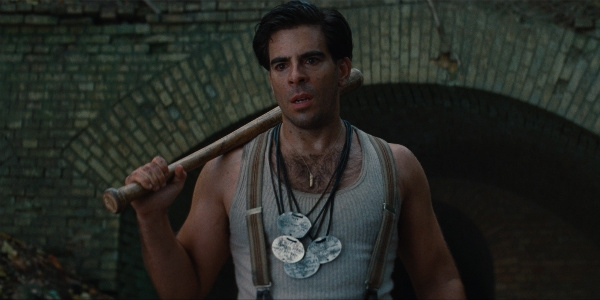 We had one driver get his knee bashed sideways with a baseball bat and money stolen, I delivered to the same place the next night. The place I worked at didn’t care about getting robbed because the driver is only supposed to have $25 max on him all times. So everything over that $25 the driver had to pay for. This driver I think had to pay around $125 after being assaulted.

When I worked at Domino’s, there was one guy who we weren’t allowed to deliver to. The rule was already in effect when I started working, but apparently, he wouldn’t pay for an order until the delivery person ate some of the food and waited around for a while. He was paranoid that people were trying to kill him. 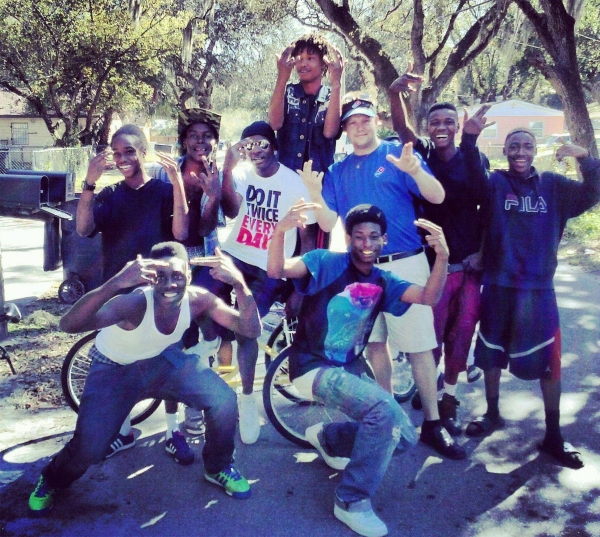 Former Dominos driver in a Central FL hood. The no service list were apartment complexes or streets where drivers had been robbed at gunpoint. The downtown store had some it’ll do in daylight but no service after dark.
Bonus (Pictured Above): Me with some of the kids from that neighborhood.

I delivered to a really bad neighborhood in Detroit in the 90s. I walked up to the door, awning kind of drooping over my head, and knocked. Almost instantly, the door cracked open, and all I saw was a hand with what looked like a Glock. “Leave the pizza and walk away.”

I complied, obviously, and told my manager that I wouldn’t be delivering to that neighborhood anymore. 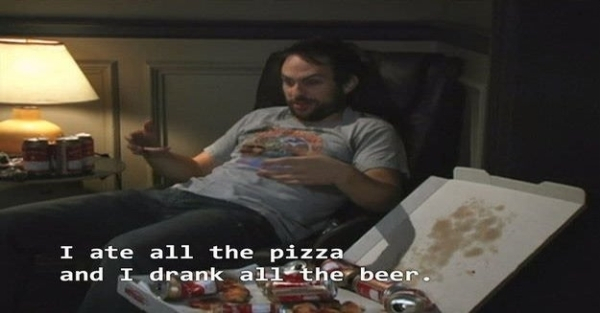 When I delivered pizza long ago, we banned one house because after receiving their order, they called back and complained about the pizza. They were told not to eat anymore, we would deliver a new one and pick up the old one.

They had replaced the original pizza with one from a store. I could tell because, for one, it wasn’t even fully cooked. And the toppings were not cut anything like the ones we used. Unfortunately, I was forced to take it back. The manager immediately put them on the ban list.

This one guy had a habit of coming to the door in nothing but underpants and socks, asking delivery drivers to come and swim in his penthouse with him, and inviting them in for drinks. This guy was 60, objectively ugly, and big.

So the last time he ordered, he faked a heart attack to try and get me into his condo to take care of him. The owner put him on the no delivery list as far as I know. 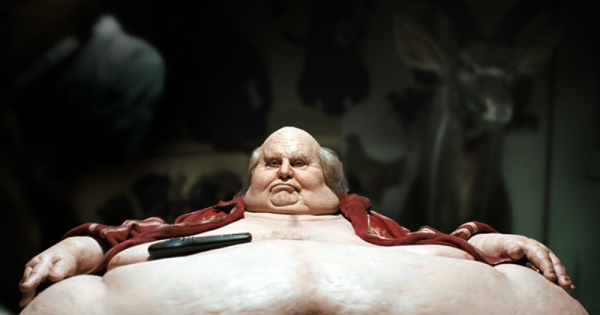 We had “The Naked Guy”. He was this redneck guy who was always naked when the driver showed up. He never did anything weird or tried to entice anyone to come inside, he would behave completely normally, except he was always naked.

Sometimes his wife would answer the phone and she was always wearing clothes but he would be standing behind her, naked. They also lived in a completely normal suburban neighborhood however they had no shades on the windows so you could see him walking around the house naked from the street. 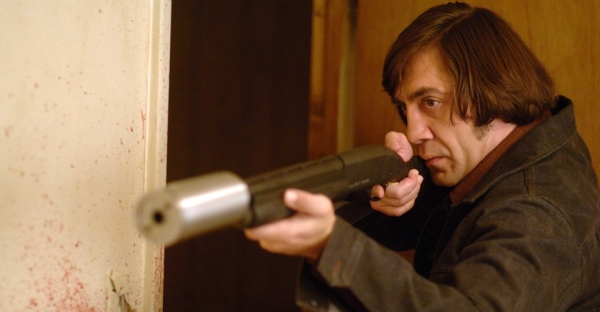 Her name was “Peaches” and she was a horrible little troll of a woman. She would pay you in all nickels dimes and pennies. She didn’t even have the decency to use quarters. Every time it would be short. Fuck you Peaches and your stupid flamingo. 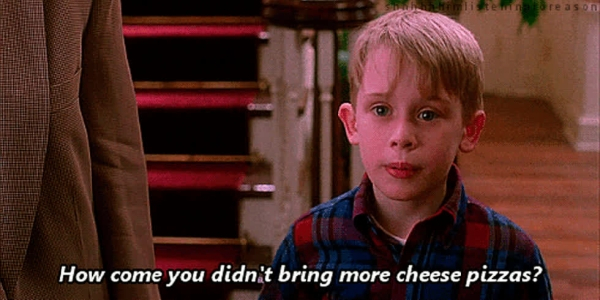 I worked at a place when I was a kid and there was this lady who ordered some pizzas from us one night, routine stuff. I get there and I’m at a run-down trailer in the middle of a notoriously sketchy trailer park being answered at the door by about six kids all chanting “pizza”.

The lady hands me a check that is covered in white-out. But at that moment, with all those hungry kids in a rundown trailer, I took the check and went back to the store. I took the hit for accepting a bad check and the lady got blacklisted but at least those kids got a pizza party.

I delivered for a store right off our college campus in the 80s. One of my coworkers went to a house where the door opened onto a guy pointing a spear gun at him. The other guy was in the middle of demanding the pizza and the money when my coworker pulled his pistol out.

He pointed out that they only had one shot, while he had one in the chamber and 6 in the mag. They slammed the door and he heard them tearing out the back and driving away.

I went on the porch to see a snarling Rottweiler behind the door. Not a big deal, happens a lot, I’m a stranger the dog is just being a dog. The lady pushes him back, we do the pizza transaction and as I’m turning to go the lady said, “Oh my god, he’s out..” the back door was open and the dog charged around the house.

I quickly opened the door to run inside but the lady screamed “no, the really bad one is inside”, and I see a bigger Rottie just inside the hall so I stick myself between the screen door and the real door and I’m trapped in an angry dog sandwich. The outside dog bites my calf because I can only close the screen door so much, not much damage but I’m bleeding.

The manager decided to go to the lady’s house and talk to her. As soon as she starts talking to him another small mutt dog zips out the door and bites him on the hand. He made the call on no more pizza for them. 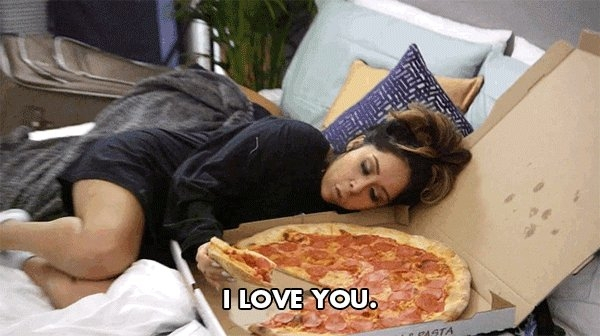 We had one specific address that was the “Initiation” address. They were called the Rolly-Pollies. You could smell the inside of it when you walked up the steps to the door. My god.

Then the door opens and you have to look down because neither of them can walk anymore and they have to roll/crawl on the ground. They also asked for exact change every. single. time.
So yeah, they were definitely the people we sent the new guys to.

We had a lady get banned as she opened the door completely naked and asked the delivery driver to give her a discount in exchange for the use of her body… This was in an upper-middle-class area in Sydney.