Recently, a woodworker from New Zealand went viral for the unique dressers he crafts 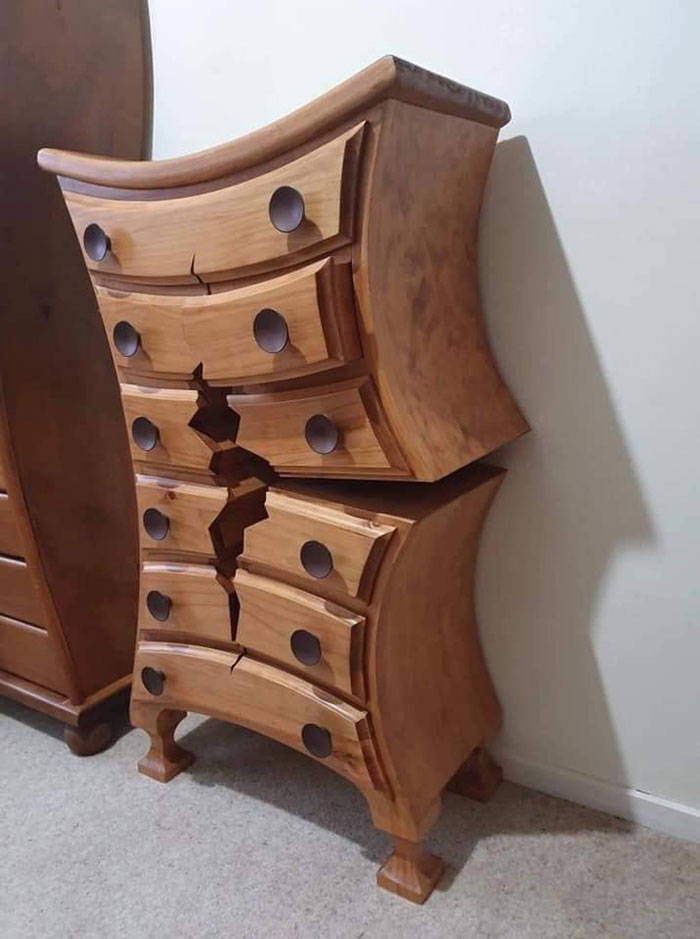 Recently, the marvelous woodworker from Auckland, New Zealand went viral when his daughter shared Henk’s creations with fellow woodworkers in their Facebook group. 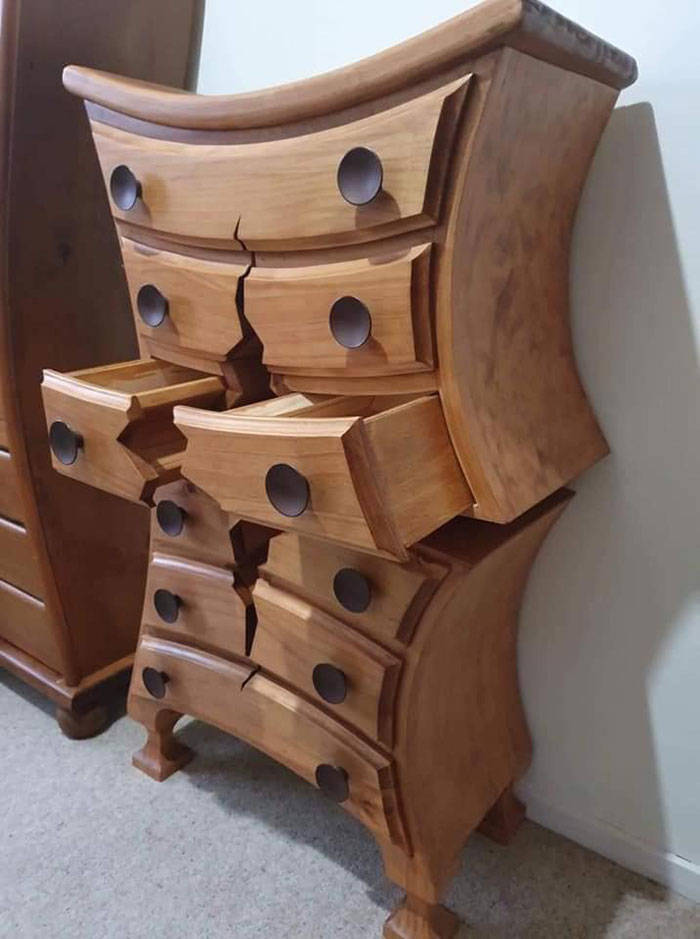 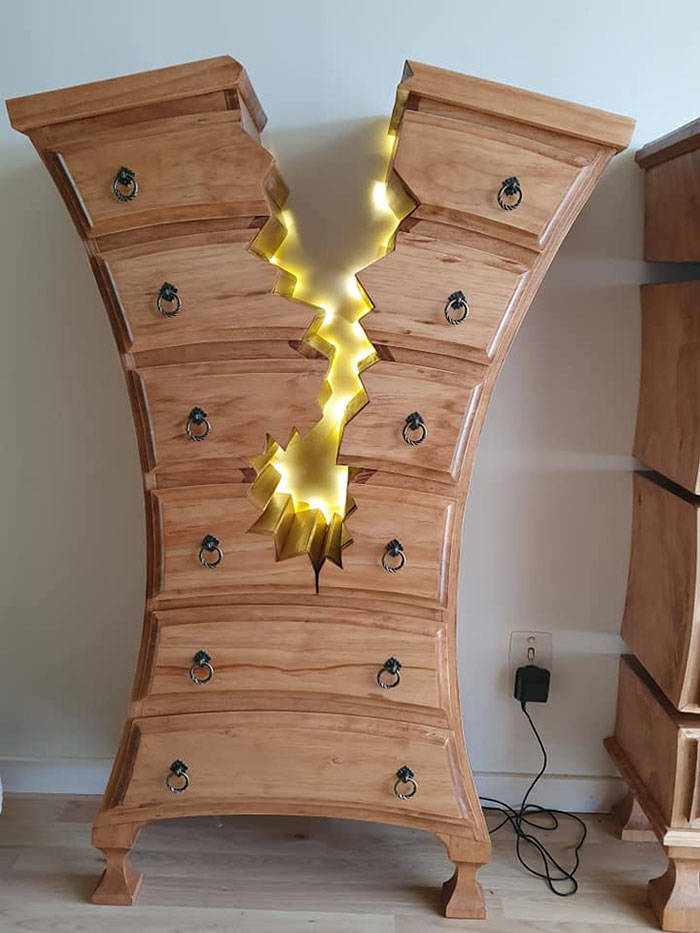 The dressers he crafts may look like they have been damaged beyond repair, but they’re fully functional! 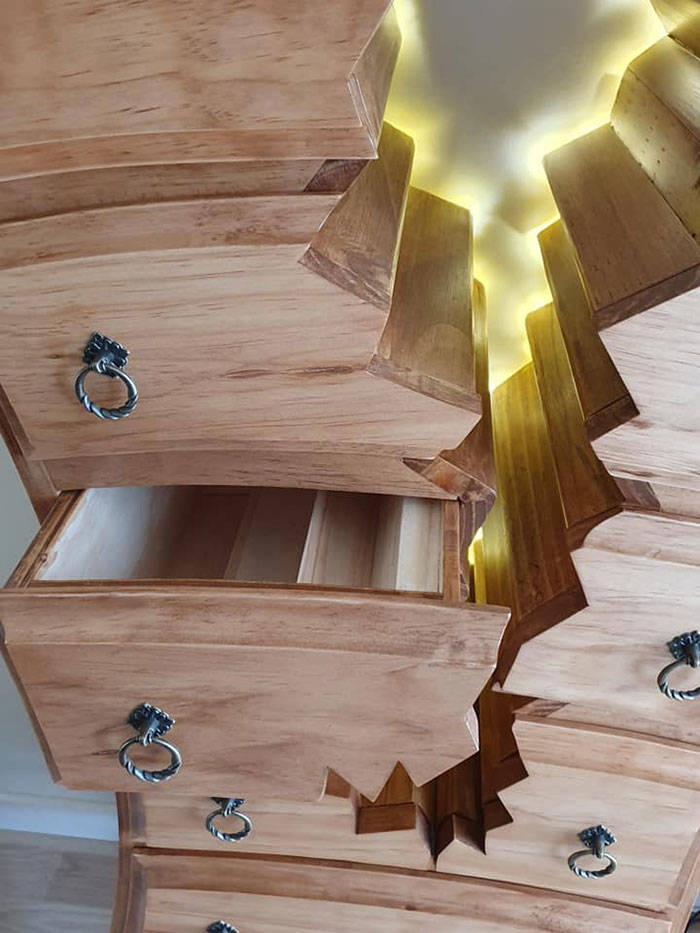 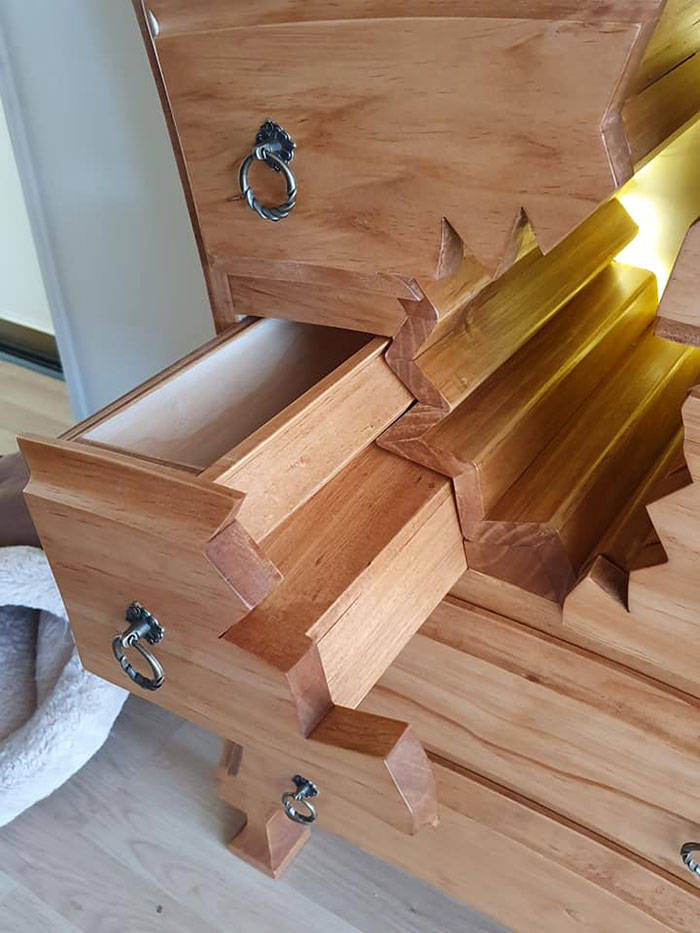 After gathering a huge amount of attention, his daughter Linda decided to create a Facebook page dedicated to showcasing the intricate furniture he makes. 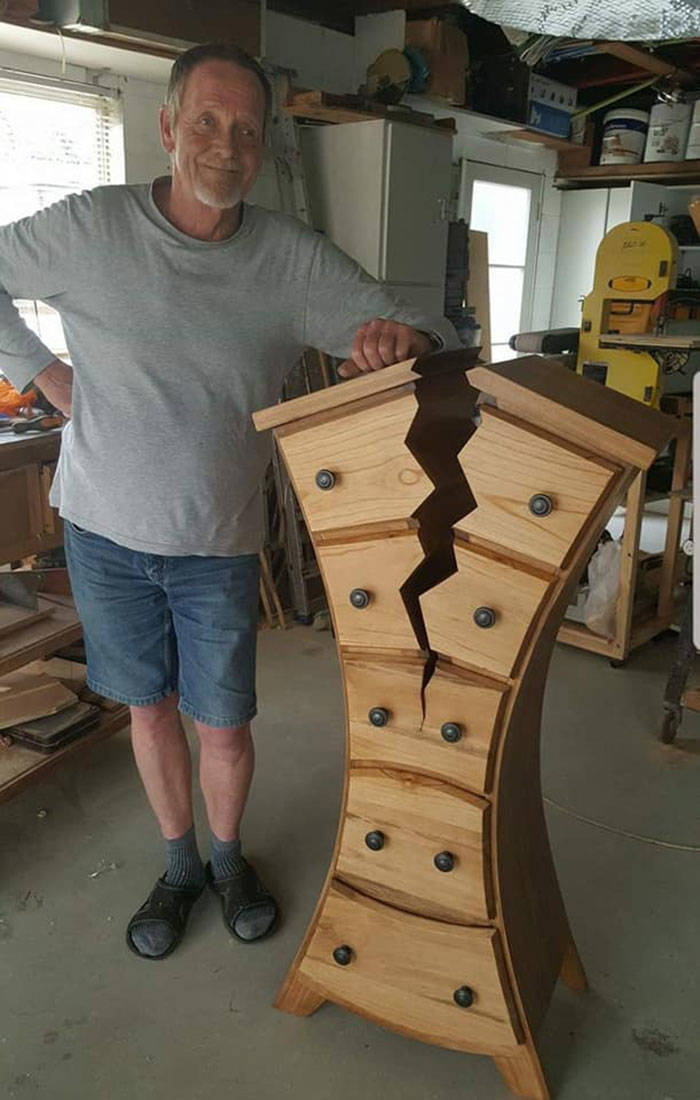 When asked about his style, Henk told Bored Panda: “I describe my style of furniture as broken and weird. I like making weird furniture, something that you don’t see in a shop.” 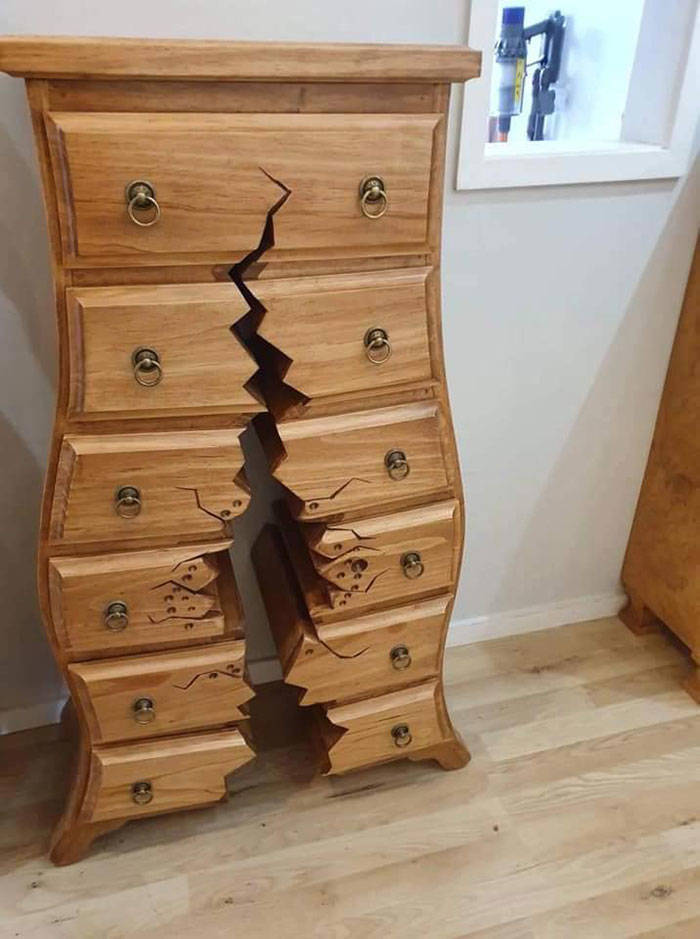 And while one could think that he seeks inspiration from fairy tales, Henk says that all of his creations come solely from his “twisted brain.” 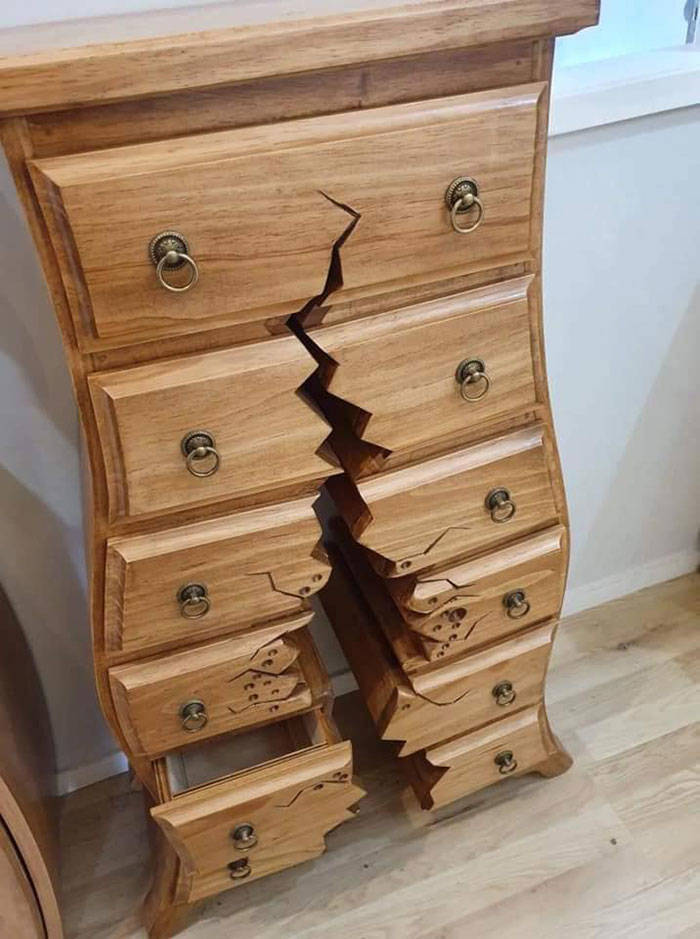 Just as you can guess from their appearance, these dressers aren’t easy to make. However, Henk is a master of this craft. 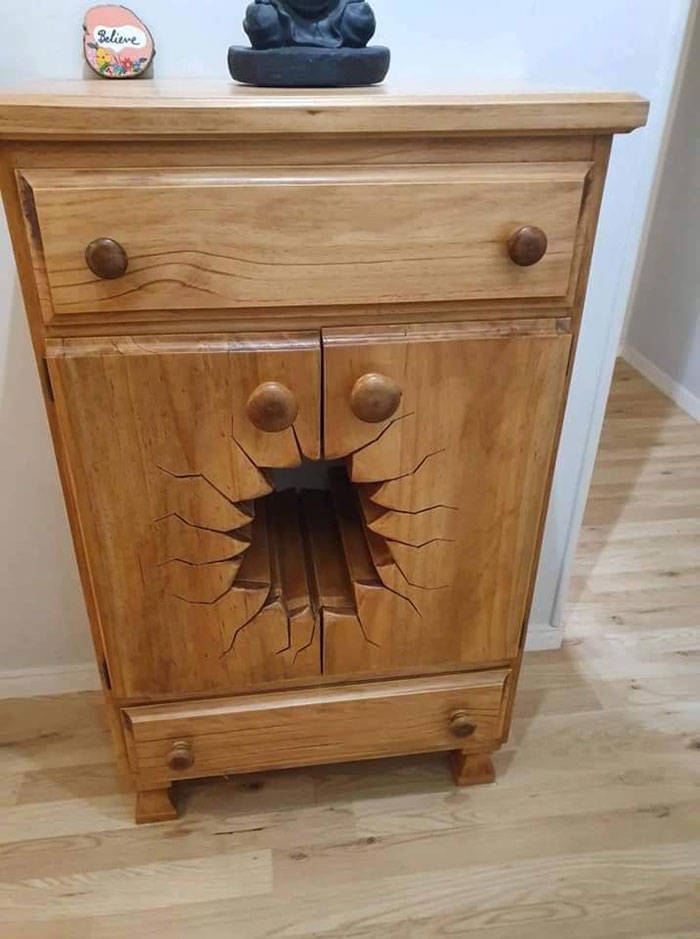 “It’s hard to say how long each piece takes me. It’s unset times during the week and it could easily be 80-100 hours. 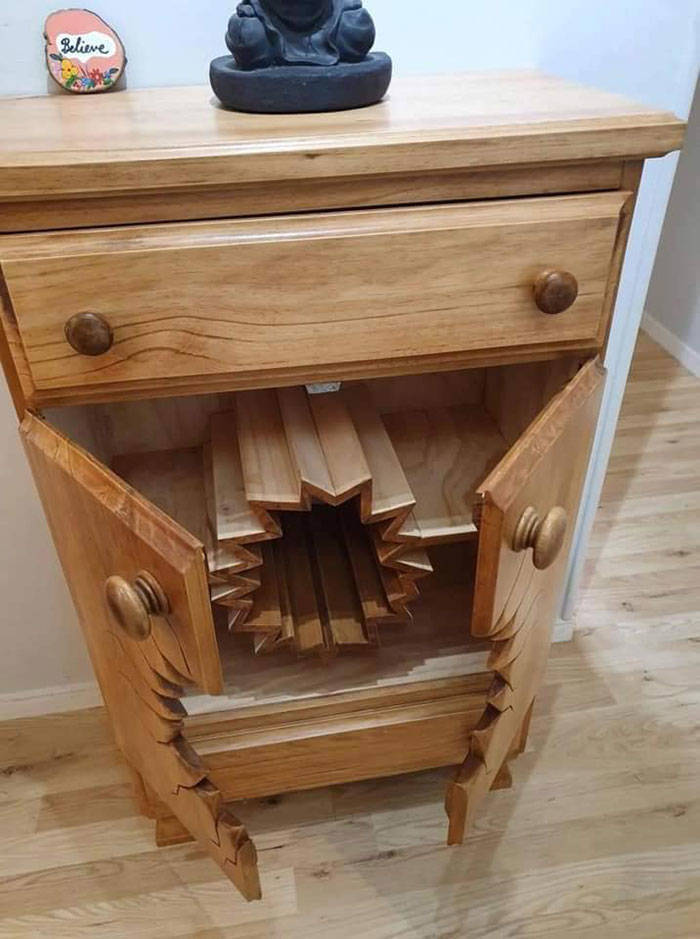 Sometimes details or angles don’t work and I have to start again. I use recycled New Zealand pine, mostly, but if I can get my hands on some Rimu, I will also use that.” 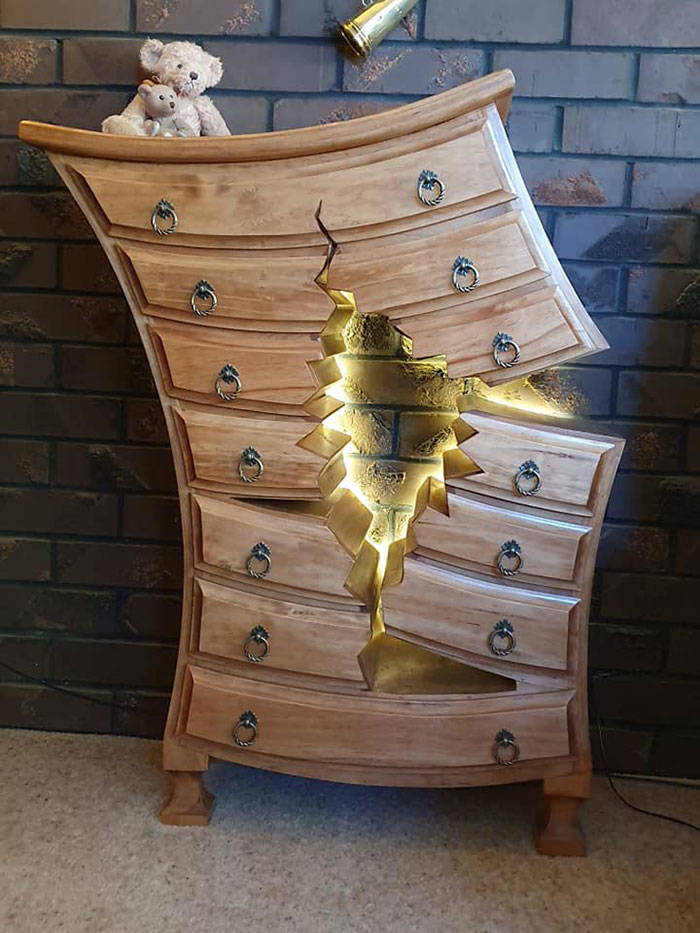 Before he retired, Henk was a joiner/cabinet maker. “I have been woodworking for 53 years. Now it is just my hobby and passion,” he says. 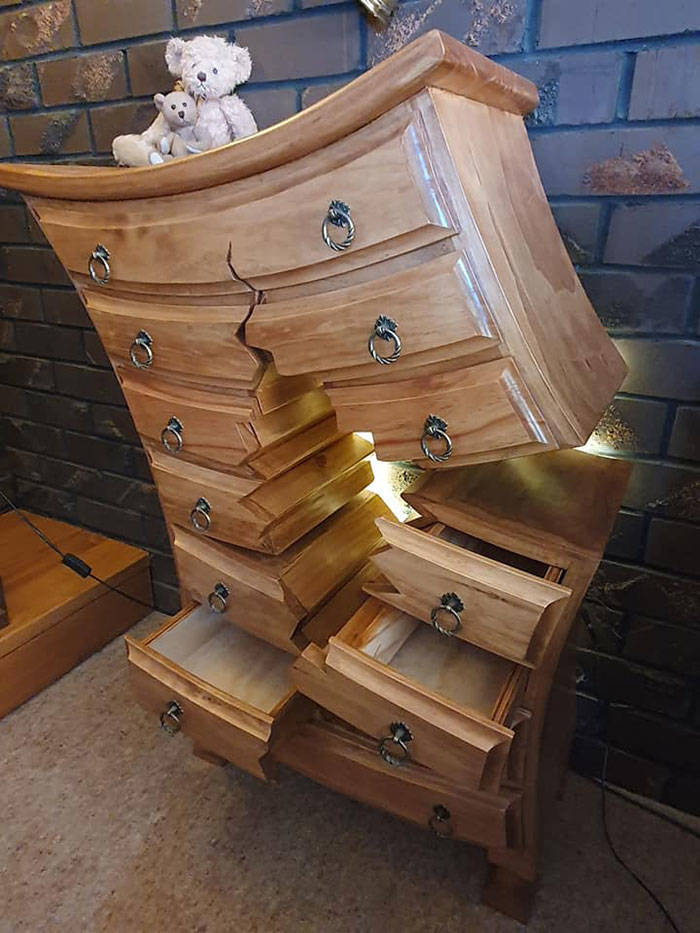 Despite many people taking interest in buying these magical-looking dressers, Henk says that, as of now, they aren’t for sale. 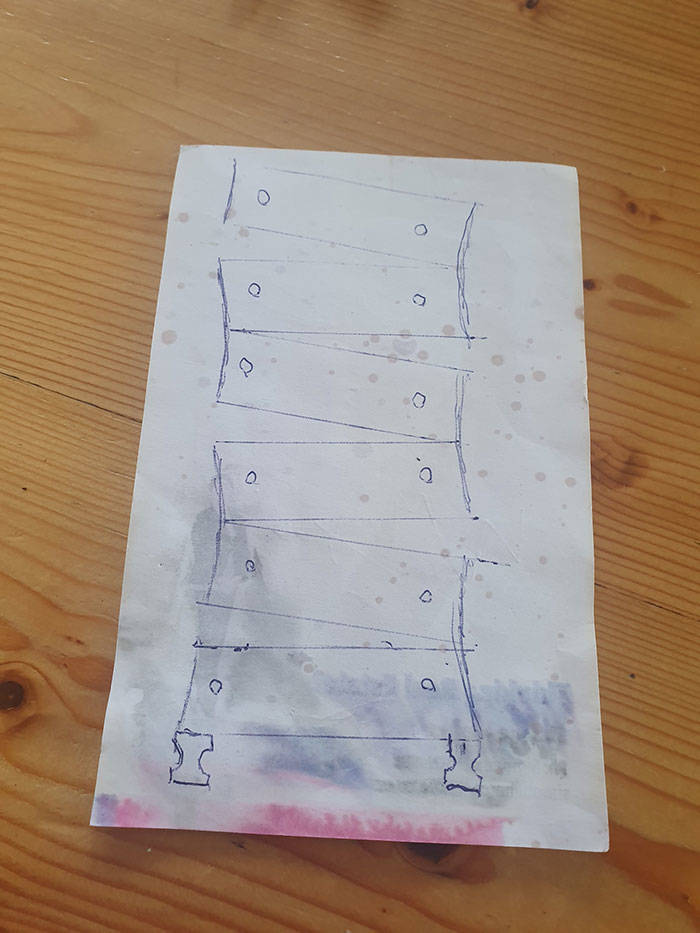 “I started creating them for the pure love of it without the intention of selling them. But when I run out of space, there will be an eBay auction or two. Everything is for sale… except for my wife,” he said jokingly. 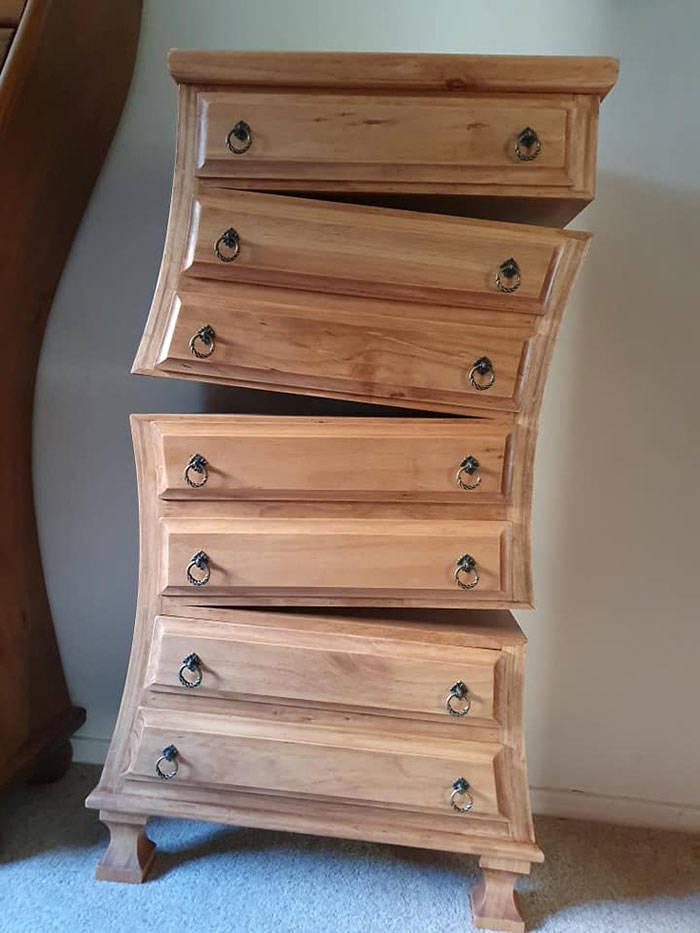 For now, the dressers are decorating Henk’s home. 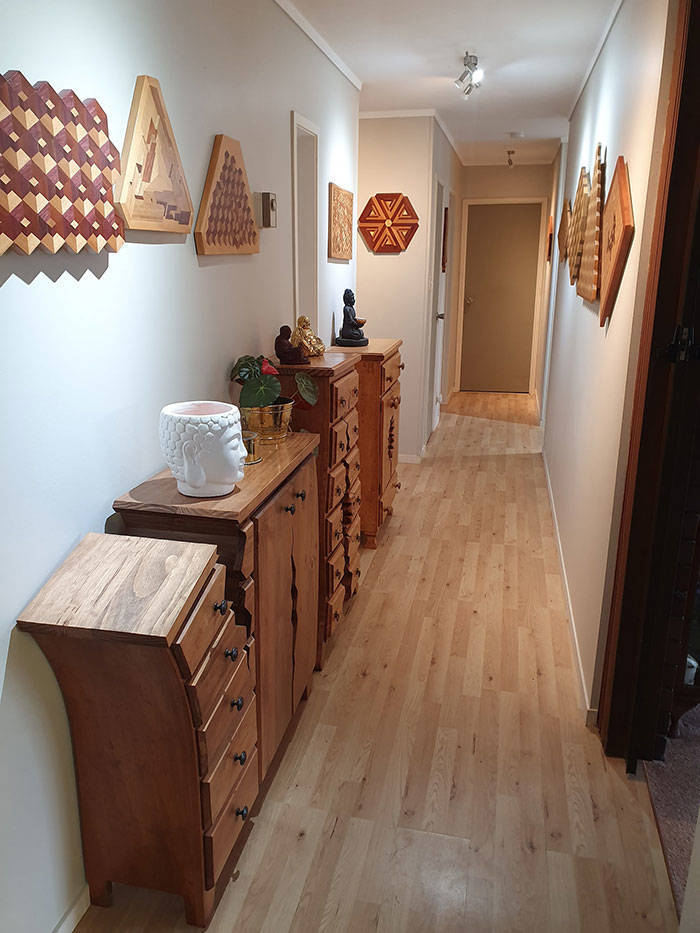 Both Linda and her father didn’t expect so much attention, but it’s clear that his furniture is worth all of the praises. 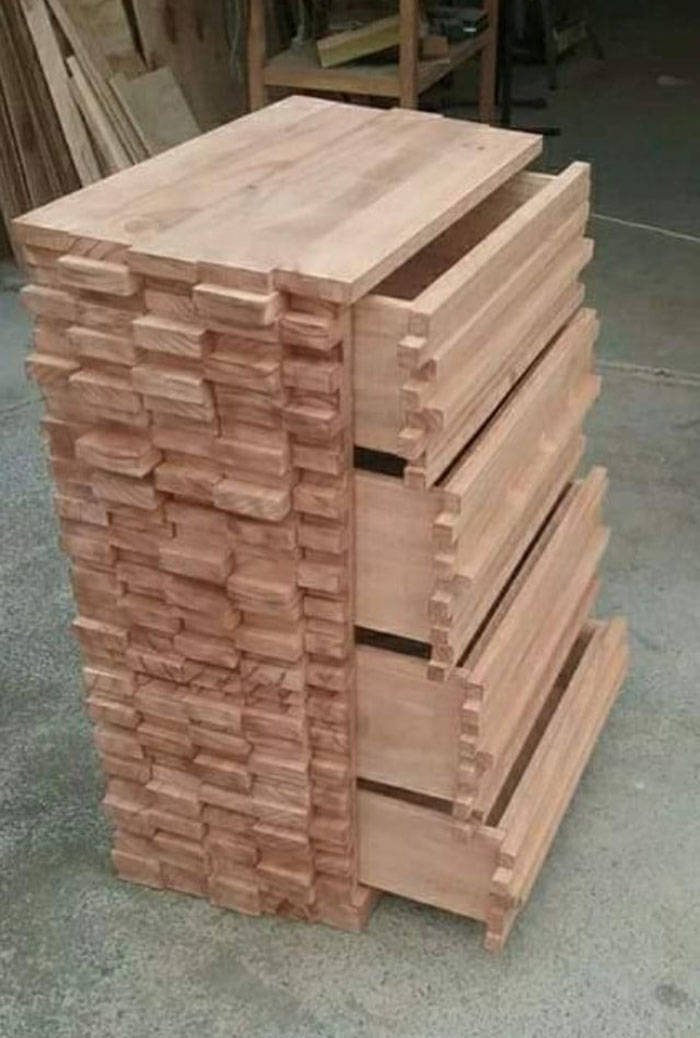 “I was absolutely blown away at how this has gone viral, just a post my daughter put up on a page to share. I never expected ANYTHING like this.” 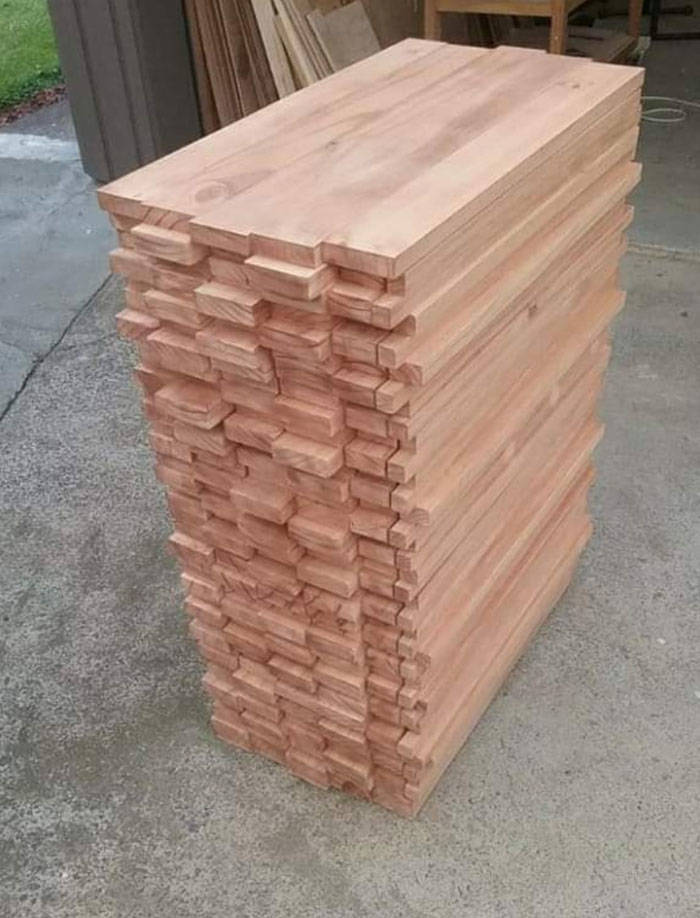 Let’s just hope that Henk continues to surprise us with his intricate pieces! 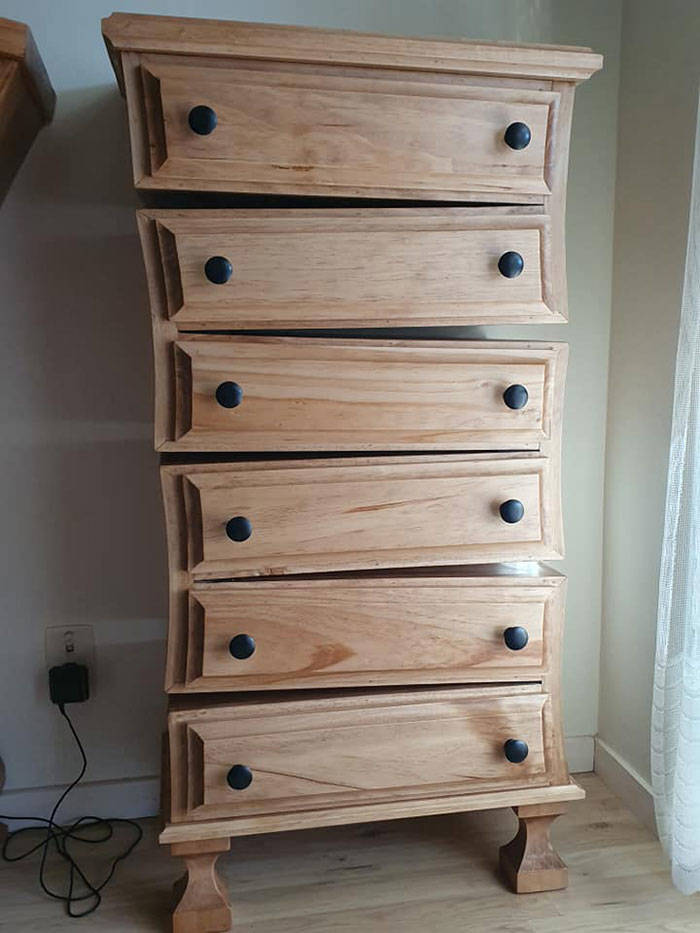 Previous They Failed In School, But Succeeded In Life
Next When You Have (Almost) Everything Under Control