When William and Kate arrived in Tuvalu on the last leg of their Diamond Jubilee tour, they were carried from their plane to a welcoming ceremony. 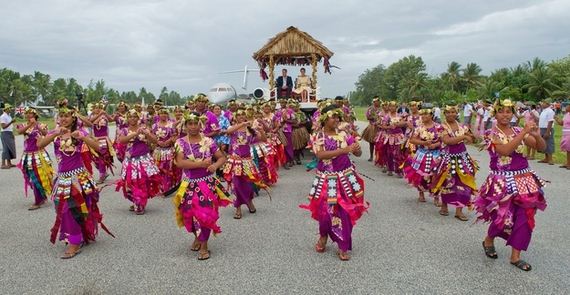 Measuring only 10 square miles, the Polynesian island of Tuvalu is one of the smallest countries on Earth.

Kate changed into traditional dress, and even William allowed a crown of flowers instead of diamonds to be placed on his head. 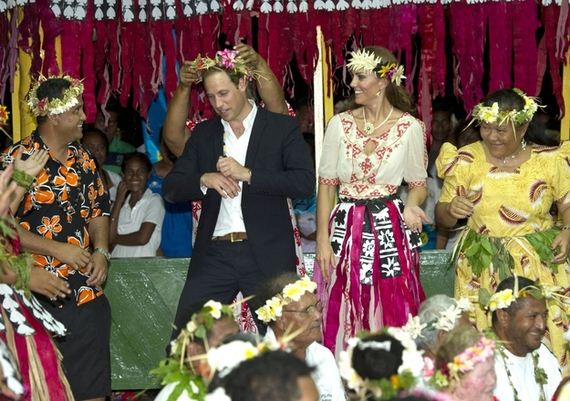 This wasn’t Kate’s usual tiara, that’s for sure, but hey, it wasn’t her usual tweed shirtdress either.

She joined the dance… 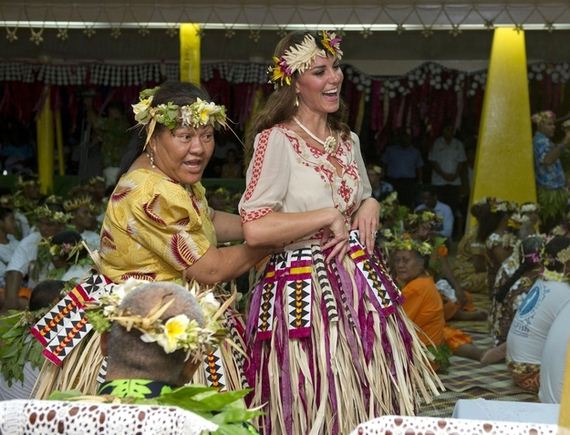 After being tickled into submission. 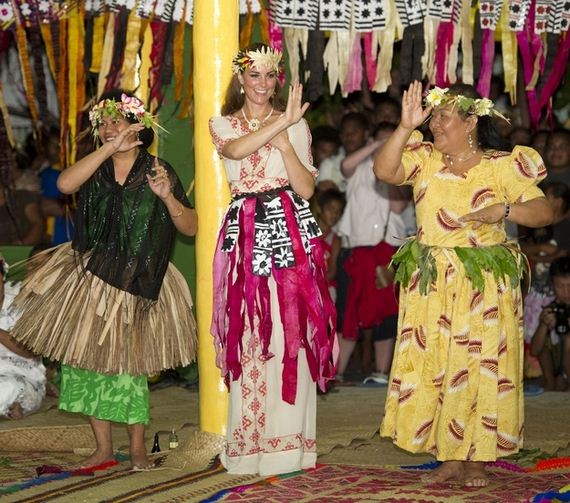 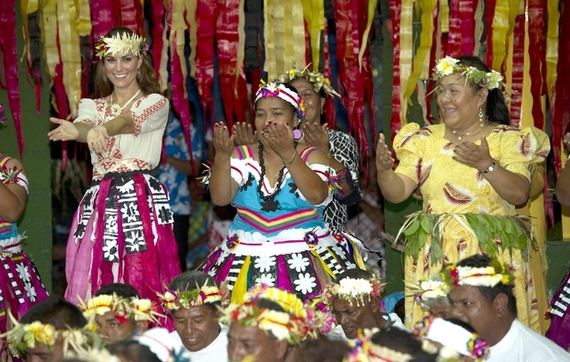 And she started to have a blast. 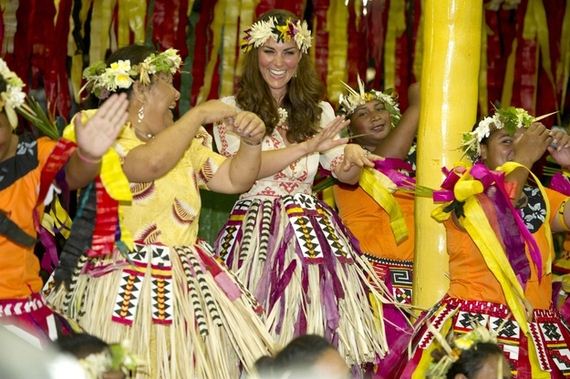 Eventually the Stiff Prince (no pun intended, you filthy minds, you!) joined in. 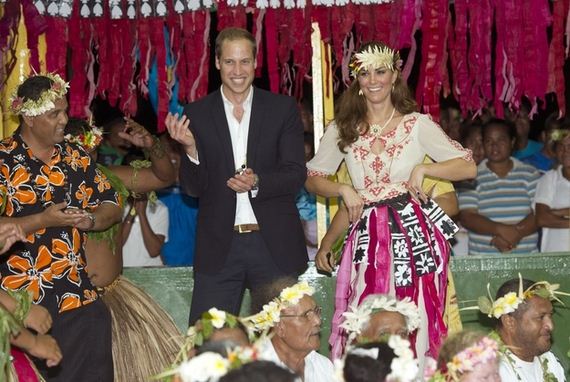 Although he seems to be doing a dance all his own. The Macarena, perhaps? 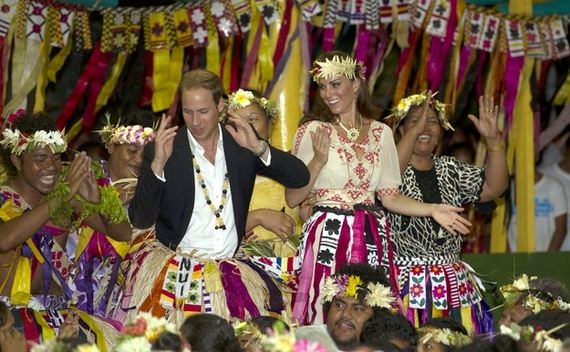 Once he put on his hula skirt, he finally lost all inhibitions. Hips don’t lie!