The Cleveland Cavaliers pull off amazing win, despite their coach’s stupidity 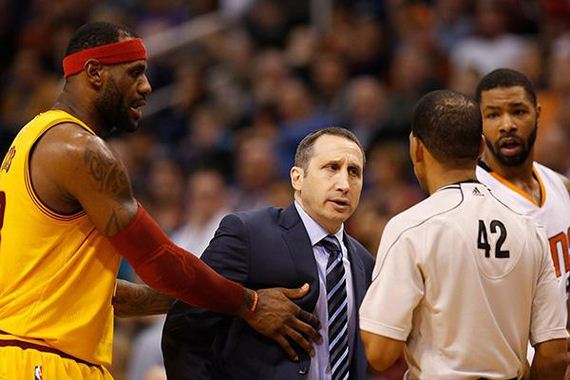 In what was actually a pretty terrible game – despite the exciting ending – LeBron James nailed a buzzer beater from the corner to even the series at two games apiece. It was the perfect response to Derrick Rose’s game-winner in game three, but it might not have happened if the Cavs coach, David Blatt, had his way.

With the game even and 8 seconds remaining, the Cavs gained possession and were about to take it down the court when Blatt walked onto the court trying to call a time out; a time out that Cleveland did not have. His assistant coach physically restrained him before the officials saw him, but if they had it would have resulted in a technical foul and a free throw for the Bulls.

As if that wasn’t enough, Blatt also drew up a play for the final seconds in which LeBron would have been the inbounder, essentially removing him from the play and the eventual game winning shot. That’s right; Blatt tried to take the best player in basketball off the court for the last play of the game. Luckily for Cleveland, LeBron overruled the final play call, told his teammates to put the call in his hands and let him do what he does best.