The Great Blue Hole: How An Undersea Cave Taught Us About An Ancient Civilization 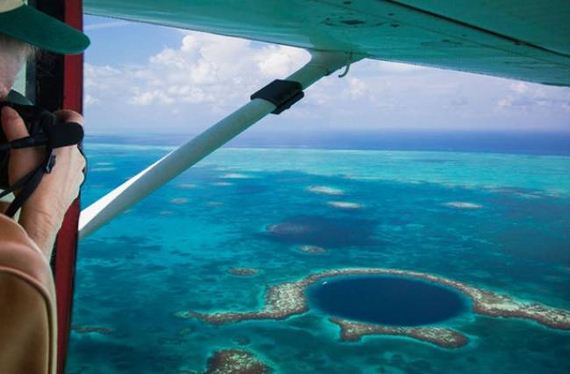 The Great Blue Hole of the Belize Barrier Reef and the ancient Mayan civilization seem to have little to do with one another aside from their locations. However, just as everything on our planet is linked in some way, scientists and historians came closer to figuring out why the advanced Maya culture declined and eventually disappeared, all thanks to the Blue Hole. 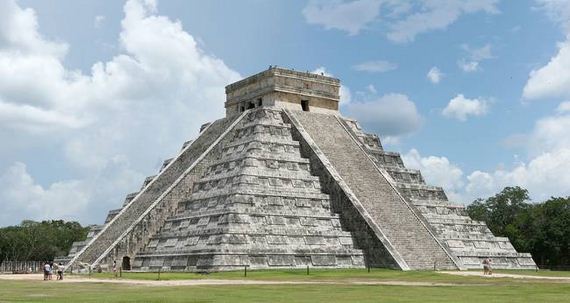 The Mayan civilization flourished in Central America over a thousand years ago, building massive cities. The culture was known for their mathematical, scientific, and technological advancements, as well as their beautiful artwork. However, after about 800 C.E., the civilization began to shrink and decline, and finally ground to a final halt around 1100. Why, though, remained a mystery…until now. 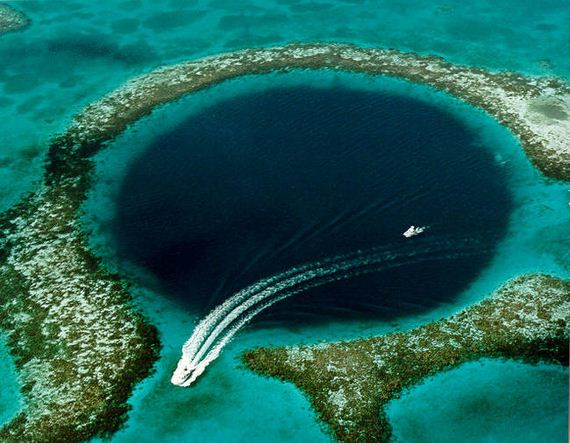 Chichen Itza was one of the later cities of the Maya, and is located in Mexico on the Yucatan peninsula.

Formed over tens of thousands of years, the Great Blue Hole (a huge circular cave in Belize’s Lighthouse Reef) was once above ground. However, it filled in when sea levels rose. Today, it’s a popular destination with cave divers and scientists alike. Recently, core samples were taken from the cave’s bottom layer, some 410 feet underwater. What they showed shed light on the mystery of the Maya.

The Great Blue Hole from satellite. It’s found in the Lighthouse Reef, an atoll off the coast of Belize, and part of the Belize Barrier Reef System. 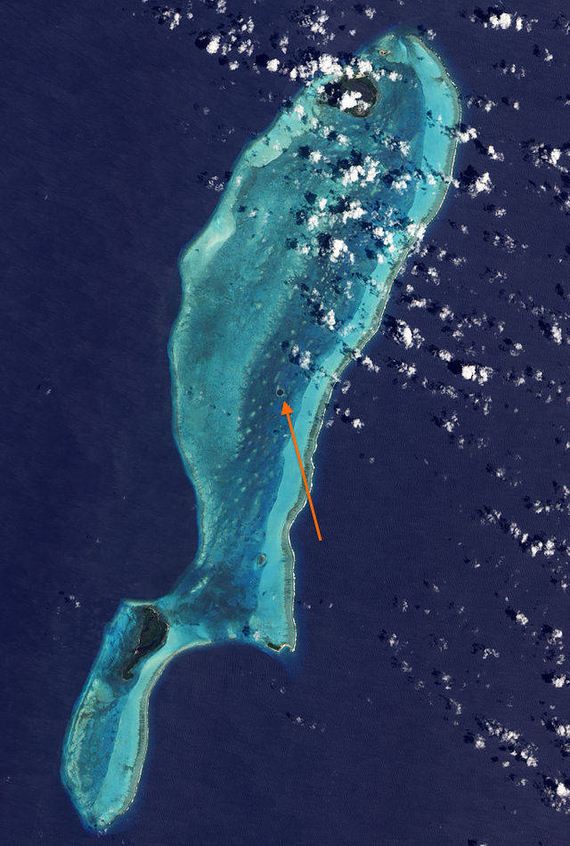 Just like the rings of a tree, layers of sediment can tell us about what was going on when they formed. They can signify all kinds of climate and geologic changes, including drought. This is done by examining the sediment for certain ratios of minerals. In the case of the Blue Hole and the Maya, geologists were on the lookout for titanium. Titanium is found in the easily-eroded volcanic stone of Central America and southern Mexico. Heavy rains would cause the stone to break down and eventually wash into the ocean, collecting in holes like the Blue Hole. Between 800 and 1100 C.E., there were major droughts, as evidenced by the lack of titanium in the sediment layers. These were also the centuries that marked the decline and eventual collapse of the Mayan civilization.

Due to this evidence, historians are finally beginning to agree that it was, in fact, drought that led to the demise of the Mayan civilization and the abandonment of its cities. Drought would have led to other issues, including famine and civil unrest. The decline of the Maya was slow and gradual, but always stumped historians. Now, thanks to the testimony of the Earth itself, we know what happened to the ancient Maya.

Previous Secret Life of Harry Street, A Killer Responsible For The Deaths Of 5 People
Next What This Creative Man Can Do With Pancakes Is Magically Delicious