Ever wondered what ‘Triscuit’ actually means? Would you be surprised if we told it’s not ‘#3 plus biscuit’? 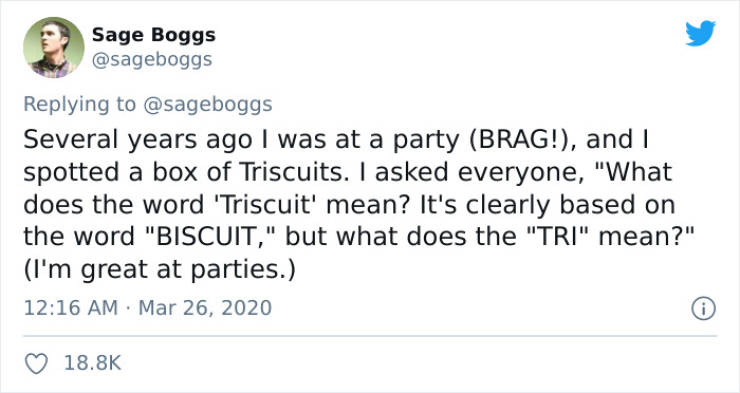 Well, this guy solved the mystery, and shared his discoveries with the internet 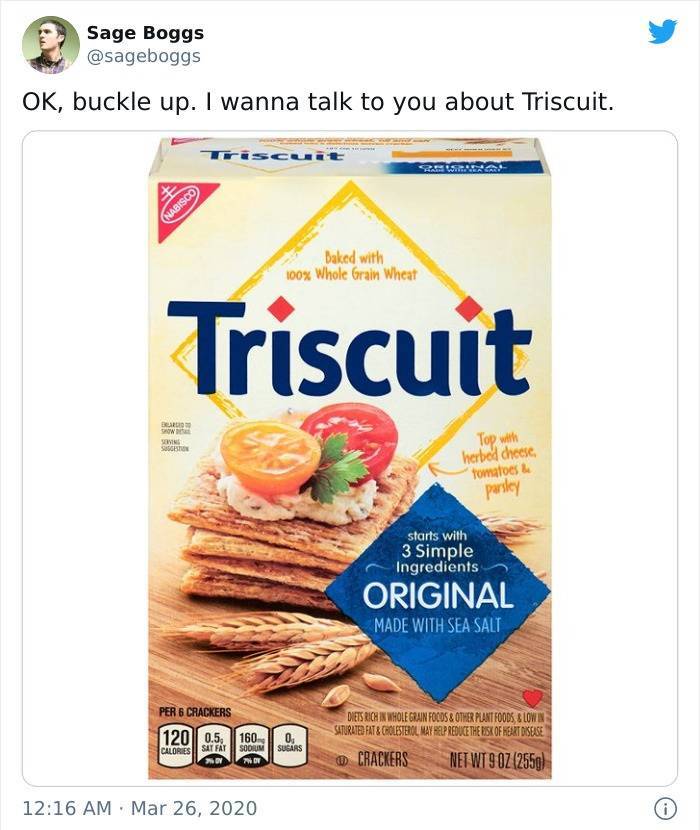 At a party, Sage Boggs raised the question and started figuring it all out 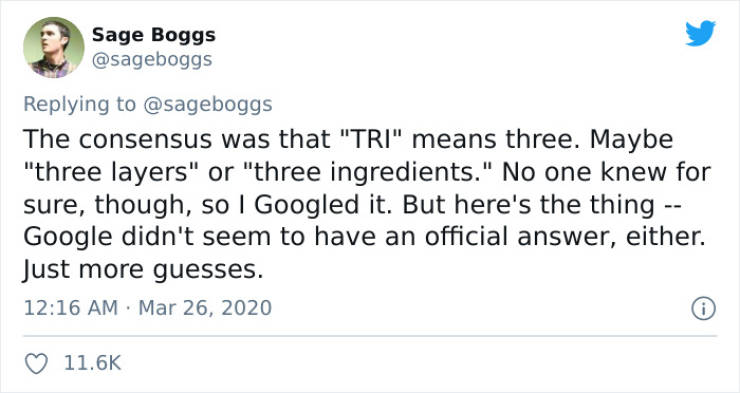 Google wasn’t too helpful, so he went straight to the source

Aaaand the source doesn’t know. But at least they confirmed that it doesn’t mean #3 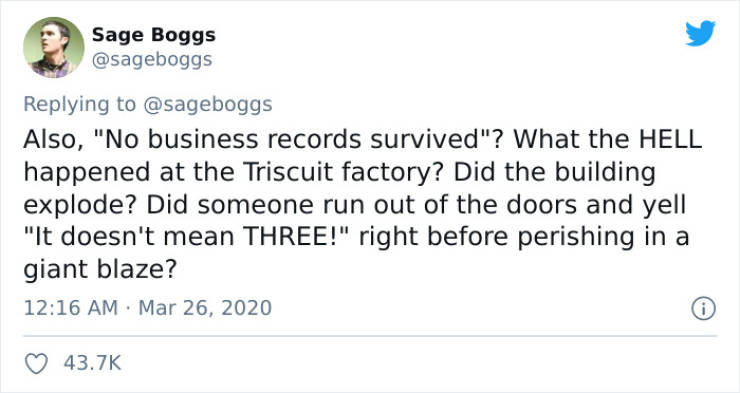 So, his journey continued and soon he found a key clue—ads from the early 1900s 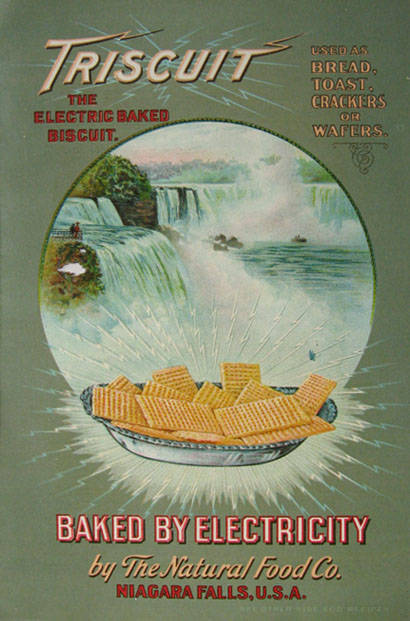 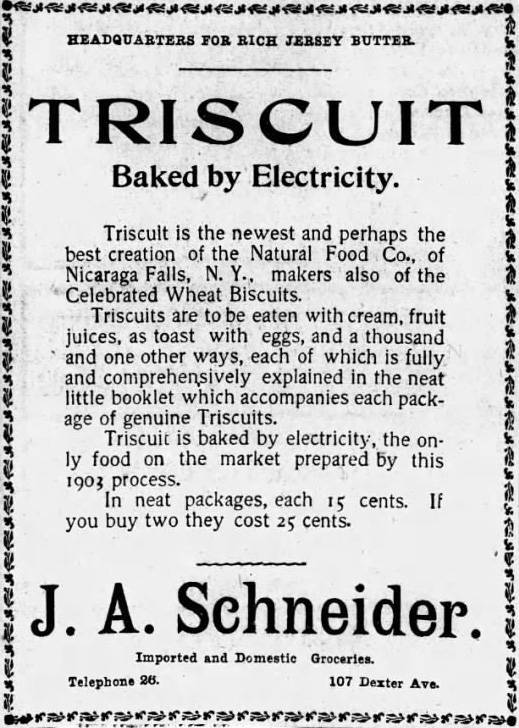 Turns out, they used to make these crackers using electricity—a novel process at the time 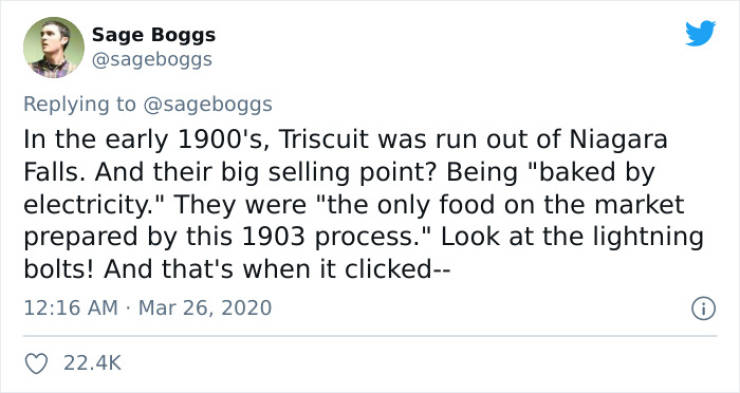 Oh, it gets better as Triscuit themselves confirmed this and sent him some goodies for the research 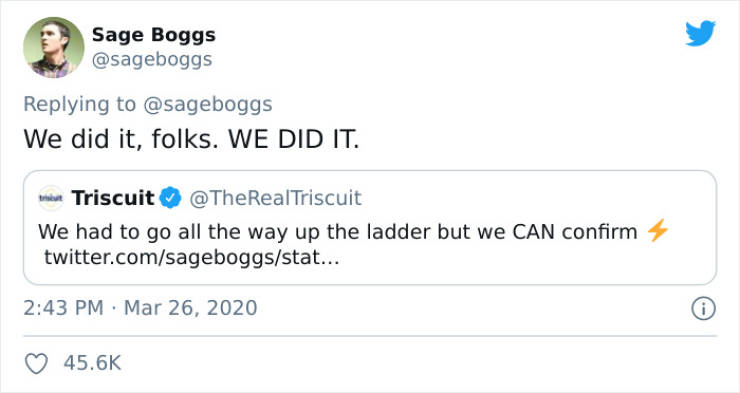 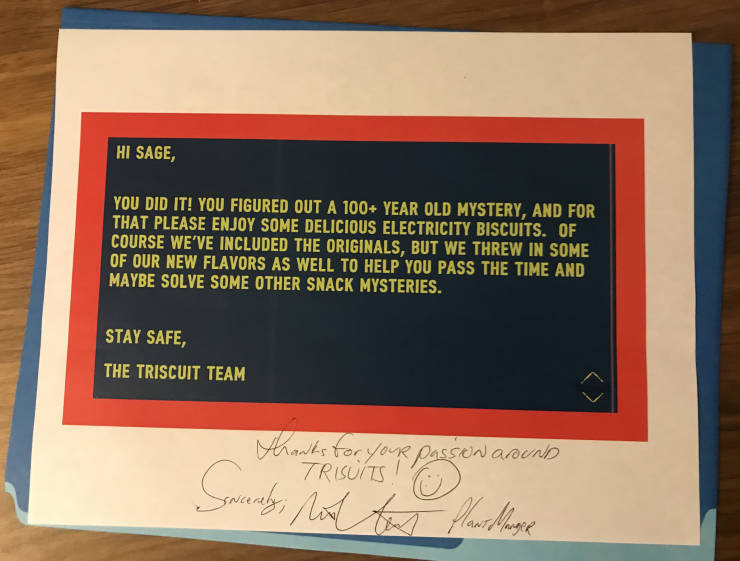 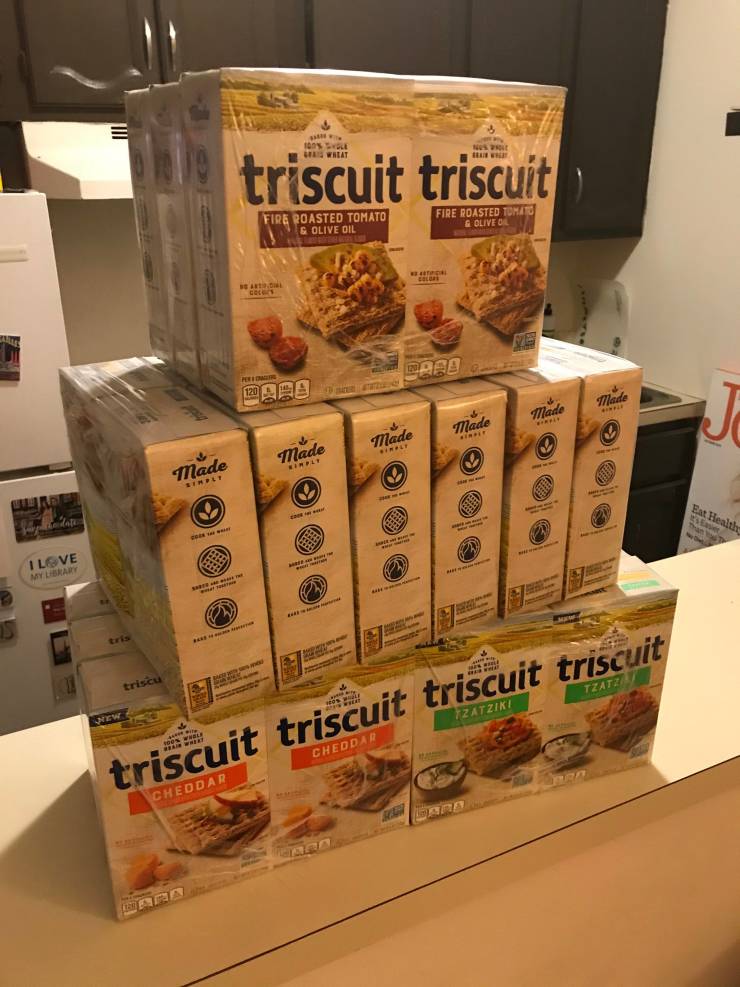 Here’s how people reacted to this discovery 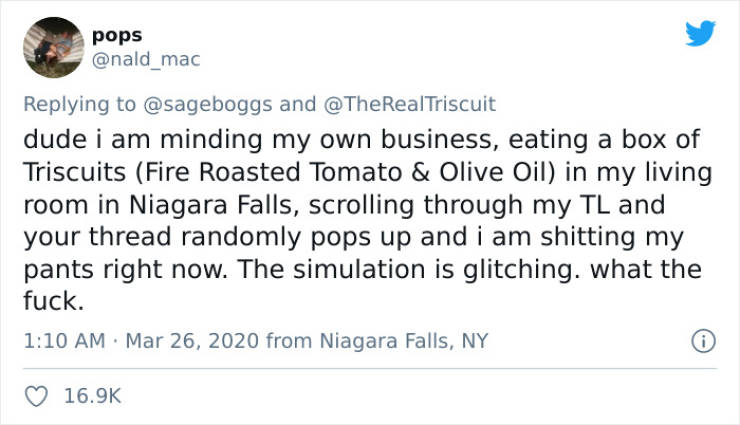 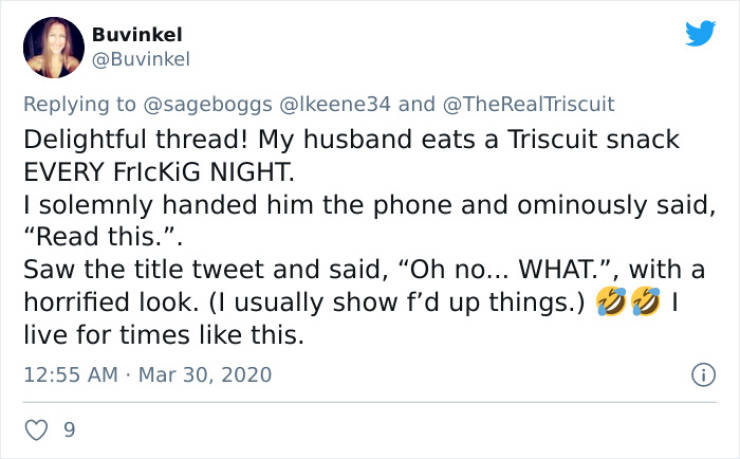 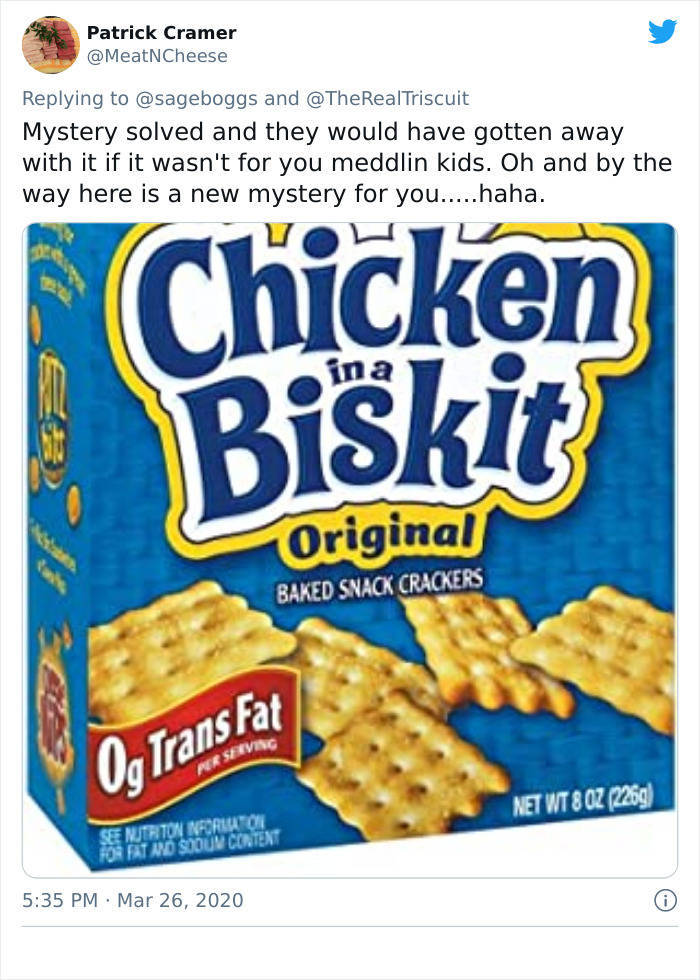