This Marine Has Smiled His Entire Life. Yes, Even When His Limbs Were Blown Off. 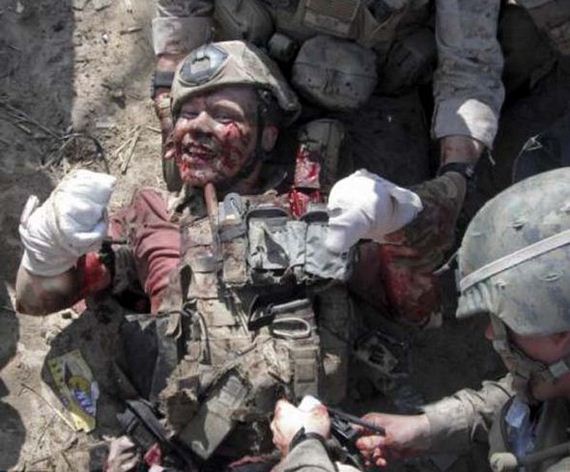 Marine Gunnery Sgt. Brian Meyer smiles for a picture by another Marine while waiting to be evacuated after a bomb he was trying to deactivate exploded in Afghanistan. Meyer lost his right leg above the knee, his right hand above the wrist, and three fingers on his left hand in the incident.

The heroes you hear tell of in stories actually exist, but they aren’t Captain America or Ironman. They are real… and they are soldiers.

US Marine Gunnery Sergeant Brian Meyer was deployed as a bomb technician in Afghanistan when tragedy struck in 2011. He was defusing an explosive device when it exploded prematurely.

The Marine was only 29 years-old was nearly destroyed by the blast. He lost his hand and his right leg above the knee. He also lost three fingers of his left hand.

A fellow soldier took a picture of Sgt Meyer while he was receiving treatment on the battlefield. The smile on his face is both heartbreaking and inspiring.

Brian Meyer works out using his prosthetic arm and two remaining fingers on his left hand at the Wounded Warrior Hope and Care Center in Camp Pendleton, California. 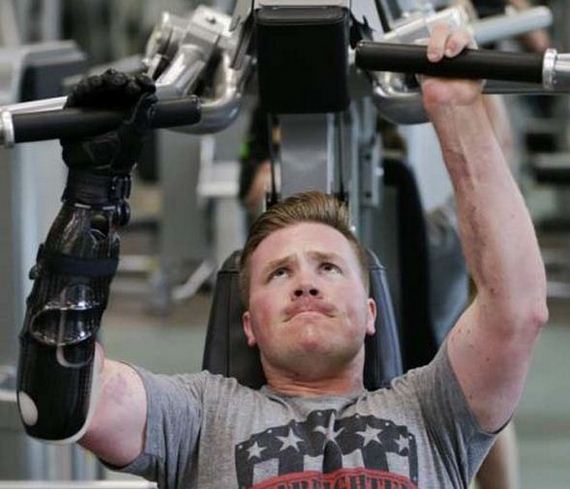 He retired from the Marines however, he continues to undergo pioneering medical treatment from Navy Commander Peter Shumaker, right at the Naval Medical Center in San Diego, California. 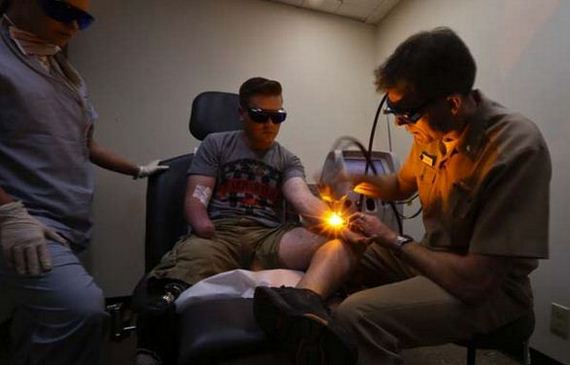 Sgt Meyer said he did not want special ramps fitted to his home or be confined to a wheelchair, instead he vowed to walk again and maintain an active lifestyle. 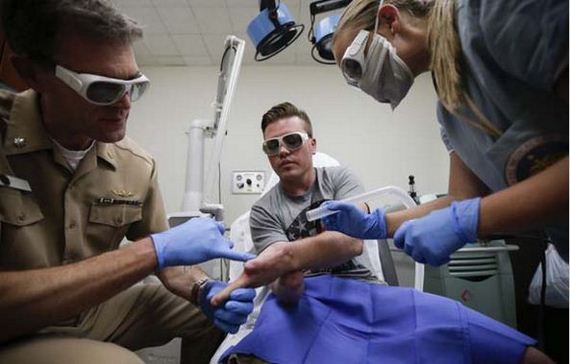 Among the projects Sgt Meyer is involved with is Warfighter Made, which customises sports cars, off-roaders and motorbikes for wounded veterans. 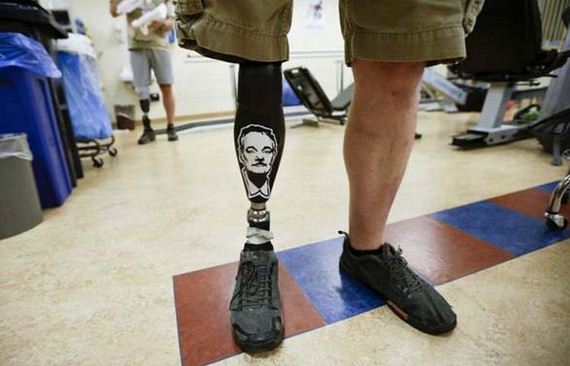 Brian wants to be an inspiration for all people, not just those who have disabilities. 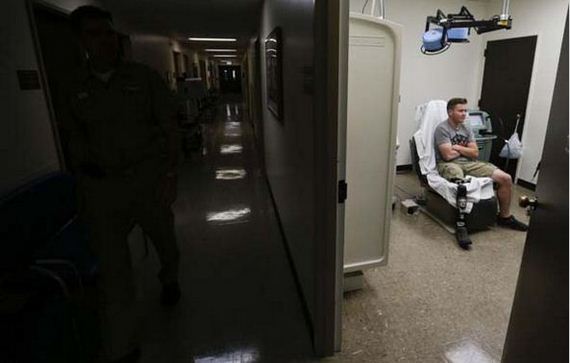 Commander Peter Shumaker, chief of dermatology at the Naval Center in San Diego pioneered some of the techniques being used on severely injured veterans, he said: “It’s a privilege to work with soldiers and Marines, like Brian, because they’re young and motivated and healthy and they can go farther than we ever thought.” 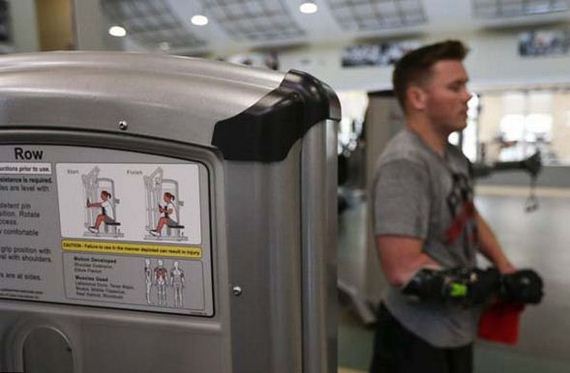 Sgt Meyer refused to be treated like a normal amputee. “I focus on what I have left, not what I lost.” 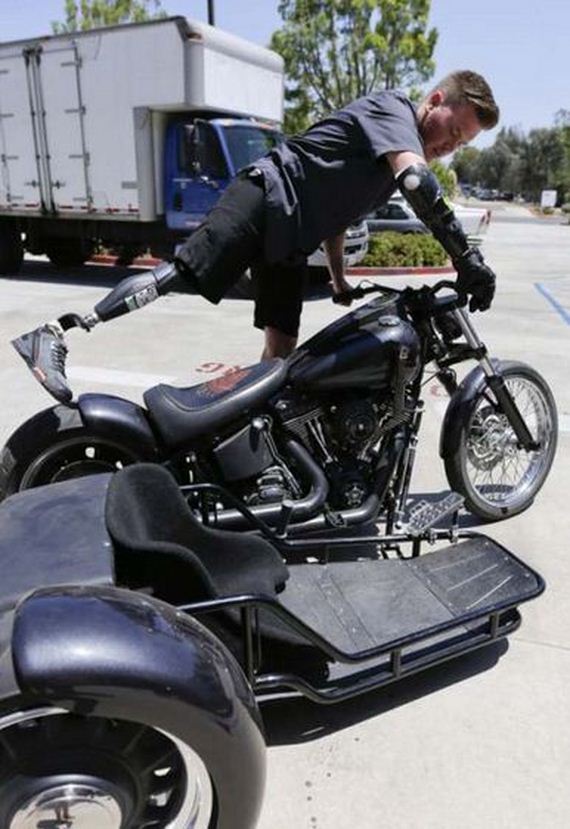 Due to the revolutionary laser treatment which softened his scars, Sgt Meyer is able to operate the controls of his motorbike using the two fingers of his left hand. 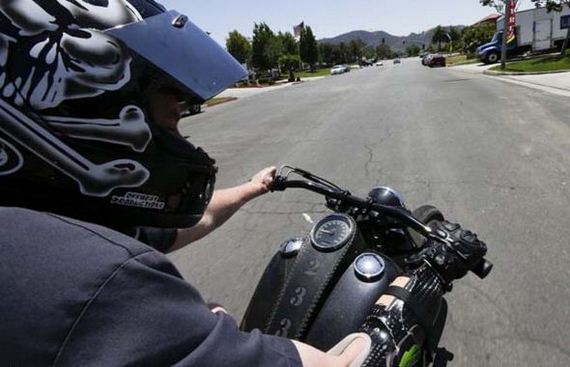 Giving up isn’t an option.

The journey that Brian Meyer went on after his injury should be told to men, women and children across our country. He sacrificed so much for his home and country, but he didn’t let that destroy his life. In fact, he kept fighting for our country and to be an inspiration for others.

Previous It’s This 16 Year Old Girl’s Last Day On Earth. What She Did May Leave You In Tears.
Next Pieces Of Undeniable Proof That America Is Really Weird. Is Hilarious.