When driving around a safari park, tourists are always warned to stay in their cars – but few think to lock the doors.
Holidaymakers found out the hard way why it is imperative to lock all doors while visiting a safari park in South Africa, and even managed to capture their experience on camera.
Tourists Kaylene and Cindy were on holiday in South Africa visiting their parents when they came face to face with a terrifying big cat after it mastered the art of opening the car door with its teeth. 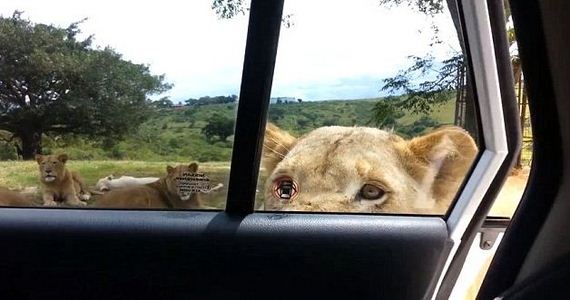 The lioness is sat with her pride, before idly standing up and strolling over to the car 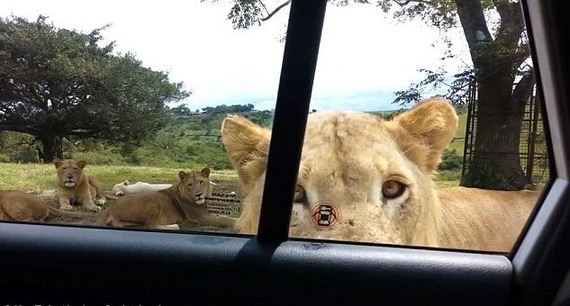 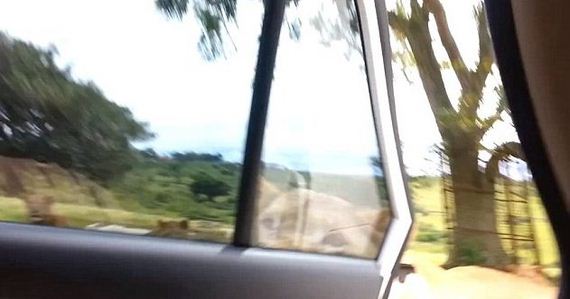 Then, before the tourists realise what is happening, the lioness manages to almost fully open the door

After the initial panic, there is laughter and one sister says: ‘Oh my gosh, I didn’t know they could do that.’
The other sister asks: ‘Is it locked? Are you sure?’ to which the other replies: ‘I hope so!’
As the girls recover form the shock, their mother can be heard in the background saying: ‘Well, you’ll have a story to tell.’
The footage was originally uploaded a year ago by the girls’ brother Joshua Sutherland, but has gone viral after it was posted to Reddit.
Comments underneath dub the video ‘meals on wheels’ and discuss whether it is common knowledge that doors should be locked on safari.

Previous Australia, The Land Of Kangaroos And Everything That Will Kill You
Next RETRO-PHOTO OF PROFESSIONS THAT NO LONGER EXIST