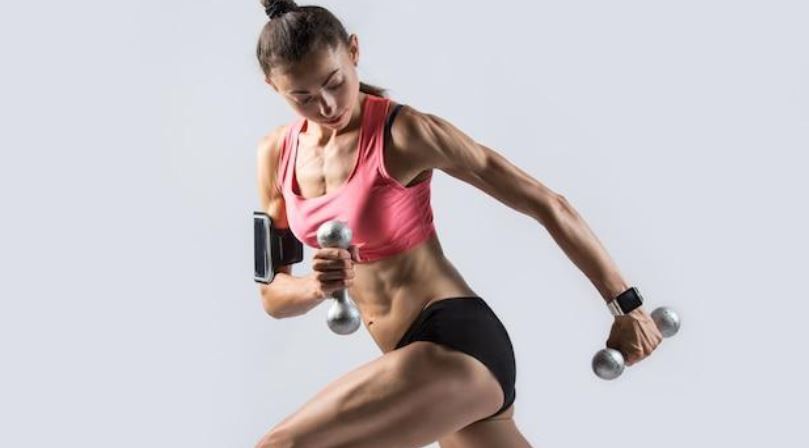 Many men (and some women) have a female muscle fetish for sexy female bodybuilders. Muscles turn some people on. Others turn this attraction into a fetish, needing female muscularity to feel aroused. This passionate appreciation of feminine muscle comes in various intensities and forms. Some entail behaviors and fantasies involving bondage, domination, punishment, sadism, and masochism.

Some people with female muscle fetish prefer slightly muscular women, and people who love muscular women. Usually, the strength of these sexy female bodybuilders draws men to them.

Some men have a penchant for a particular area of a woman’s body. In the past, the lower body has received more attention. Since the concept has become obsolete, the term “fetish” is now used to refer to various stimuli that cause arousal. Legs and thighs are normally the top favorites. This explains why women only place males in scissor grips in many mixed wrestling actions. The importance of a woman’s legs is highlighted. The rest of the body fascinates female muscle enthusiasts as well. Some prefer having full chests, biceps, or abs.

Men who, to varying degrees, adore the look of a strong physique on women and idolize it as a superior standard of beauty are also said to have a female muscle fetish. This applies to all women who have developed some muscle, not just athletes. Although there is a tendency to welcome larger women, the public still views a slimmer body type as ideal. However, this is altering. Ideas regarding women’s bodies and various definitions of beauty are evolving. Compared to past generations, acceptability is increasing gradually. Women’s athletic figures are more prevalent than ever. The internet and television are primarily to blame for this. Men may now see well-developed female bodies thanks to activities like cross fit, bodybuilding, and others. Some men may have a passion for female muscle for psychological, sociological, or biological reasons.

The fascination with feminine muscle is justified. Based on psychological theories, it might be behaviorist, psychoanalytical, or imprinting-based. From a sociological vantage point, it is just being put in a context. If athletic or muscular women surround one, it can start to appeal to them. Thoughts and ideas get affected by the internet and media exposure.

The brain biologically controls sexual desire and cycles with help from the endocrine system. Both nature and nurture contribute to human behavior. To claim that they both stand apart from one another would be incorrect. These two principles work in concert and interact with one another. The mystery around how much one influences a person still has to be solved. These two ideas of nature and nurture are combined in the concepts of sex and sexual fetishism.

There are various forms of sexuality, including heterosexuality, homosexuality, bisexuality, and asexuality. Since many of these studies are based on anonymous surveys, it is challenging to obtain an accurate assessment of sexual behavior. Due to the stigma associated with copulation and human sexuality, many respondents wouldn’t be completely honest. Increased levels of sex hormones cause a change in the psyche. Both testosterone and estrogen have psychological and behavioral effects. For both sexes to have an optimal sexual function, testosterone is important. A man with a female muscle fetish created a psychological connection to that image. An association of pleasure is made upon seeing such an image, consciously or unconsciously.