Video Game Movies That Are Better Than You Remember 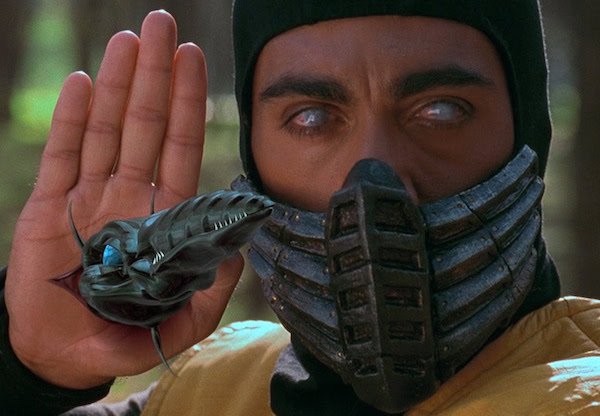 At the moment, with the release of the Tomb Raider reboot and the upcoming Rampage, everyone’s talking about the “video game curse.” Let me tell you something; films based on video games have a bad rap. There’s this general feeling that no movie based on a video game is going to be any good. What I’d like to argue is that, sure, they’re not going to win any Oscars, but they’re not all horrible.

In fact, there’s several video game films that are really entertaining, if all you’re looking for is to unwind with some awesome action and a bowl of popcorn. Not every game adaptation is as bad as you remember, and you’d be surprised how much you’ll enjoy these. 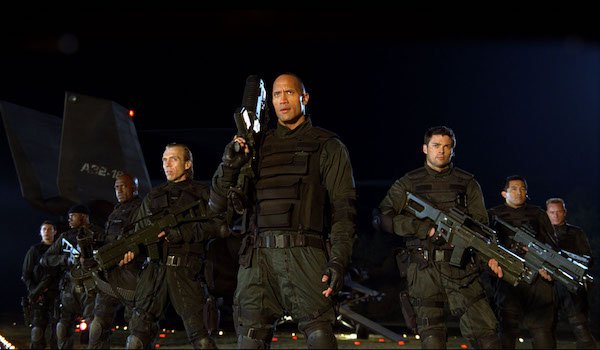 DOOM (2005)
Not sure why there’s so much hate towards this film; it was actually a fun watch. It’s essentially a B-movie, very similar to the Cannon films from the 80’s. With the over the top action, and gory effects, why wouldn’t you want to check it out.

Plus, how awesome is the Point of View scene; makes it feel like it’s the game brought to life. This sequence is a pretty monumental achievement and really makes you feel like you’re right in that universe. 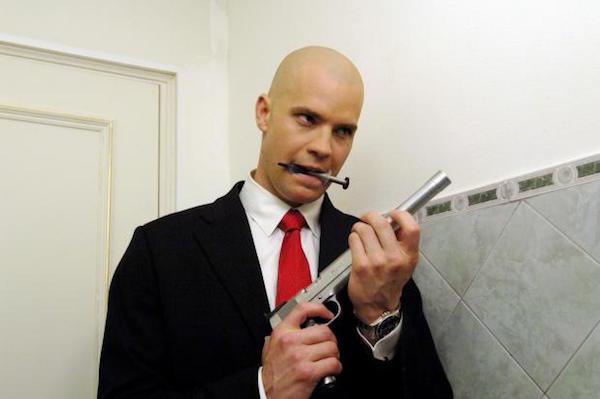 Hitman (2007)
In the game, the character of Agent 47 is a cold, ruthless and calculating assassin, and these traits are present in Timothy Olyphant’s portrayal of the character. Sure, the story is kind of weak and confusing, and some of the acting is wooden, but if you’re a fan of the game, then you recognize some of the key elements of Hitman and enjoy it for what it is; a violent spectacle. 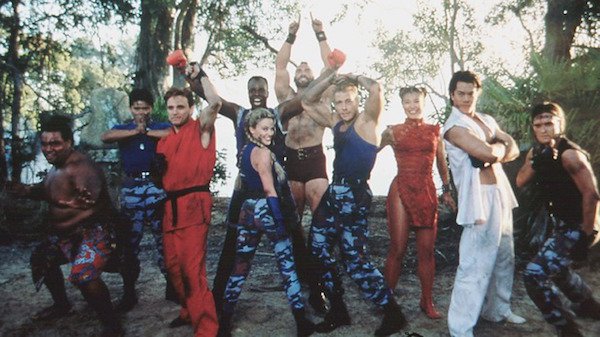 Street Fighter (1994)
Alright, this is one of my biggest guilty pleasures. I love this film. I used to sneak out of my schoolyard during recess to play the arcade version at the corner store, and I couldn’t get enough. Sure, the film is dated, takes too many liberties, and the acting is meh, it’s full of so much gooey nostalgia for a kid of the 80’s and 90’s.

This was the final film of Raul Juila and his role as M. Bison was amazing; hammy, but amazing. Round it off with Van Damme and Guile and Kylie Minogue as Cammy, and you’ve got a film that actually was a box office success. This one definitely deserves a re-watch. 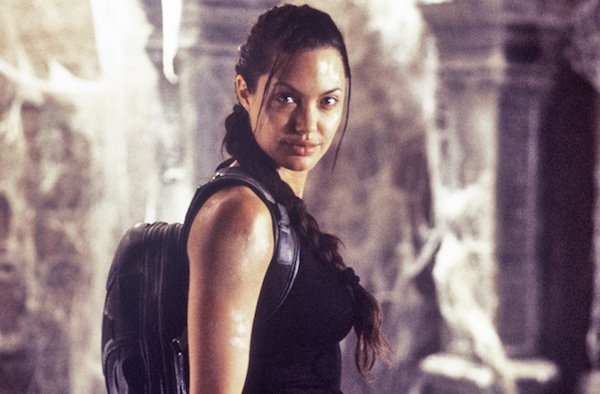 Lara Croft: Tomb Raider (2001)
Granted, I haven’t seen the reboot, but Angelina will always be Lara Croft to me. She was perfect in this role; she was sarcastic, a daredevil and that British accent was so damn sexy. Even the story worked for me.

This film is fun to watch, because it doesn’t take itself seriously. It’s playful, self-aware and it knows that it’s not a serious action film, but a live action video game, and it embraces all the outlandish parts of that. While the sequel was decent, this first one always puts a goofy smile on my face. 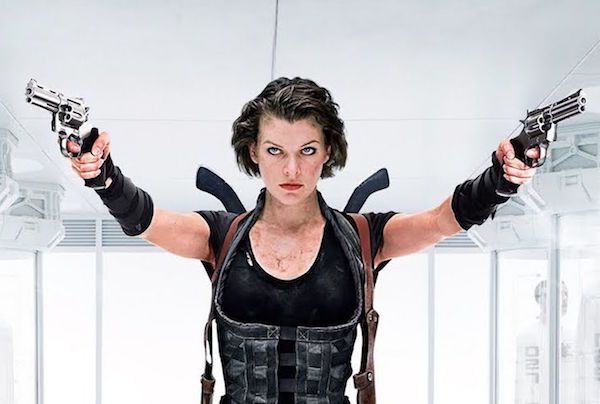 Resident Evil (2002)
While the quality of the films have varied, the first one is actually a great film. It blends so many different genres together (horror, action, sci-fi) and makes a great psychological zombie film.

What’s even cooler (for a continuity geek like me) is that the first one planted seeds that paid off in the rest of the franchise (the Nemesis program, the Red Queen, etc…), so when you’re watching them all, it kinda feels like one big narrative. It’s not high art, but it’s entertaining. 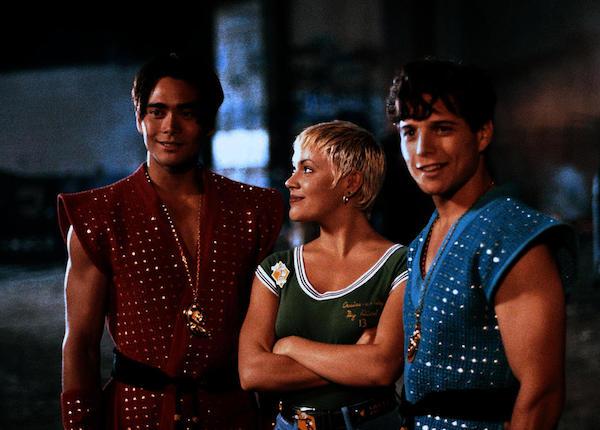 Double Dragon (1994)
Who else remembers this one? I do. I remember playing this game at the arcade, then when the film came out, I was right there in line at the movies. Sure, it’s cheesy, and it’s hard to view Scott Wolf as a martial artist, but this was one of the first roles for martial artist Mark Dacascos, who went on to do some pretty cool things in the 00’s. Plus anything with a young Alyssa Milano and an angry Robert Patrick are gold in my book.

Again, you take this one with a grain of nostalgia, and enjoy it for the cheap fun that it is. 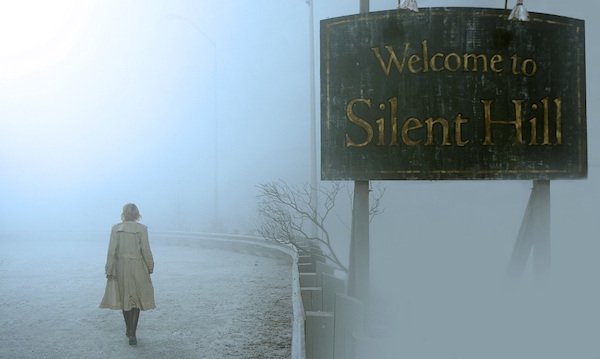 Silent Hill (2006)
While a lot of other video game adaptations are all about the ultra-violence and breaking the laws of physics, this one is an outlier. Based on the horror series, Silent Hill is a slow burn of a film, building tension and terror as it unfolds. It actually turns into a genuinely disturbing psychological horror film, and misses up your mind.

This is considered one of the best video game adaptations of all time because it builds such atmosphere and the production design is astounding. This one still creeps me out. 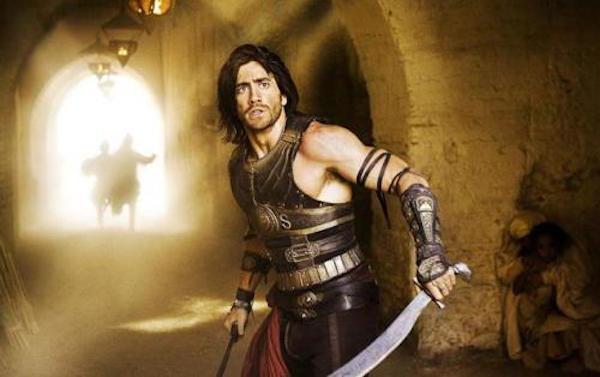 Prince of Persia: The Sands of Time (2010)
Instead of coming across as a video game adaptation, this one actually reminds me of an old 40’s or 50’s adventure film, with better effects. There’s a sense of nostalgia, and all the same character archetypes are there: the charming rogue, the beautiful princess, the wacky sidekick and the villain. So, if anything, you could watch it for the story.

I actually really enjoy the parkour sequences, especially during the chases. They’re pretty inventive, and once you add in some swordplay and hand to hand combat, this adaptation keeps you entertained for a little bit. It’s not an Oscar worthy film, but it’s not a bad Saturday afternoon flick while you’re waiting for your girl to come over. 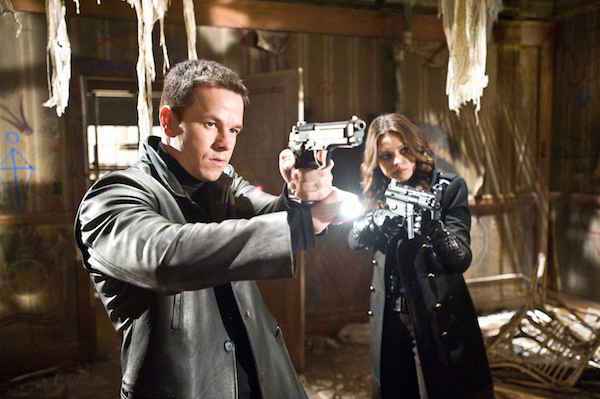 May Payne (2008)
Frankly, I’d watch anything with Mark Wahlberg and add in Mila Kunis, and I’m there. I was pleasantly surprised by this film. It’s got some elements of a good, action filled police revenge drama, with a little bit of Sin City and Matrix physics thrown in.

I mean, it’s not the best film out there, and the plot made very little sense, but if you want to watch some action that doesn’t require a lot of attention to the plot, then this is your jam.

I just like it for Mila Kunis holding a gun. Delicious. 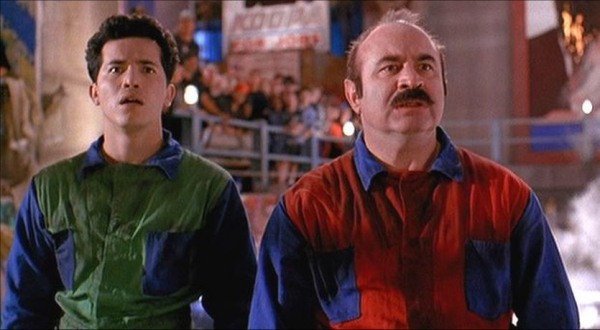 Super Mario Bros. (1993)
Most video game and movie fans will be all to happy to rip this one apart, due to the fact that it has no similarity to the game. You’re right; it doesn’t. It’s also not a very good film at all. That’s precisely the reason why I’d watch it again. It’s so bad, it’s good.

Between Bob Hoskins and John Leguizamo as the brothers, and Dennis Hopper as King Koopa, this film has got a zany storyline going for it, and impressive production design in the town of “Dinohattan.” In fact, the more you watch it, the more easter eggs you find from the games, and it turns into more of a rewarding experience with every re watch. There’s just the right about of cheese in this film, and that’s why I like it. 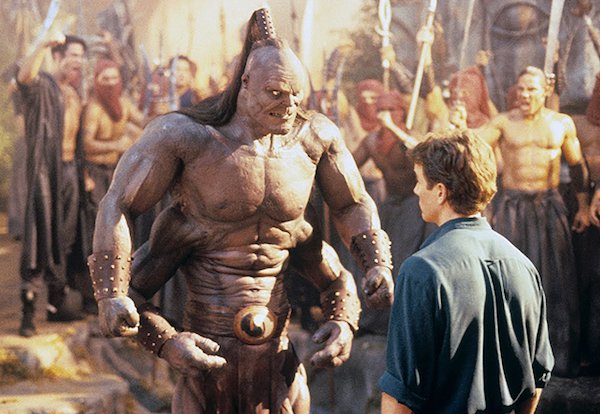 Mortal Kombat (1995)
Out of all the films on this list, this is probably the one that is closest to the original game. It’s also great example how a fighting video game can work as a film. The action is impressive, the costumes and sets are awesome, and even Goro (who kinda looks like claymation here), seems menacing.

What makes the film so enjoyable is that it could conceivably be just a martial arts film like Kickboxer or Karate Kid and not even be associated with an existing video game property. The fights are spot on and the film just works on it’s own. We actually care what happens to the characters and are invested in their arcs. That’s a sign of some great work behind the scenes. 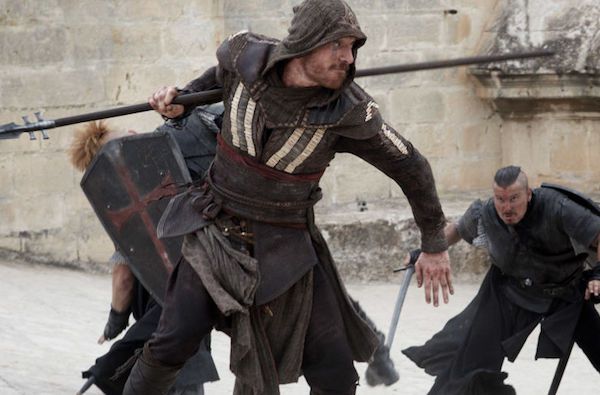 Assassin’s Creed (2016)
This is one of my all-time favourite gaming franchises, and this film does a decent job of bringing the story to life. Personally, I’d have much rather have seen Altair or Ezio as the main character, but I admire what this film did for the franchise.

If you’re into the games, and historical films, then this film scratches the itch, and entertains you all at the same time. 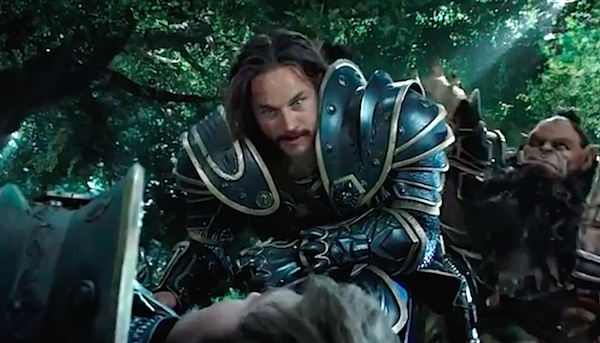 Warcraft (2016)
I’m a huge fan of Duncan Jones, and this is an ambitious film. Despite being critically panned, it made a hell of a lot of money overseas. In fact, it was the highest grossing film of all time based on a video game.

As for the film itself, it’s visually stunning and has a hell of a lot going for it. Granted, it was a little bit ambitious with it’s world building and it’s not really accessible for anyone not into Warcraft, but as a fantasy piece, I enjoyed a story about Orcs and humans that wasn’t done by Peter Jackson.