What This Child Created Will Haunt My Dreams Forever. Seriously, This Is Messed Up Stuff. 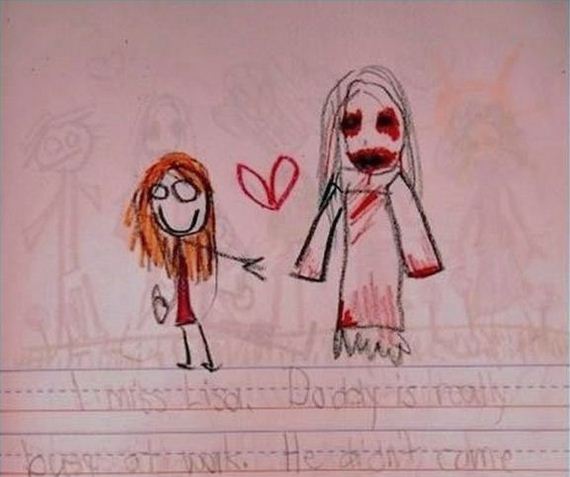 Every day, new myths, rumors and stories surface online. Many modern urban legends have been debunked . Others, though, will remain a mystery… and will give you nightmares.

The following set of pictures is one of those legends. Allegedly, a child created these diary entries. They tell a story about a imaginary friend named “Lisa” that follows her around. It’s obvious, though, that Lisa isn’t your average imaginary friend.
This is the kind of story that’ll give you nightmares.

It doesn’t matter if this is real or a hoax. The story and the imagery, obviously drawn by a child, is going to make me lose sleep. The juxtaposition of innocence and horror is terrifying. You have to show this to your friends…

Previous We Should All Aspire To Be As Persistent As This Adorable Dog
Next Couple Sleeping Positions..