A Google office in Singapore has a small room with 4 places equipped for sleeping. They also have sleeping eye masks available for anyone. 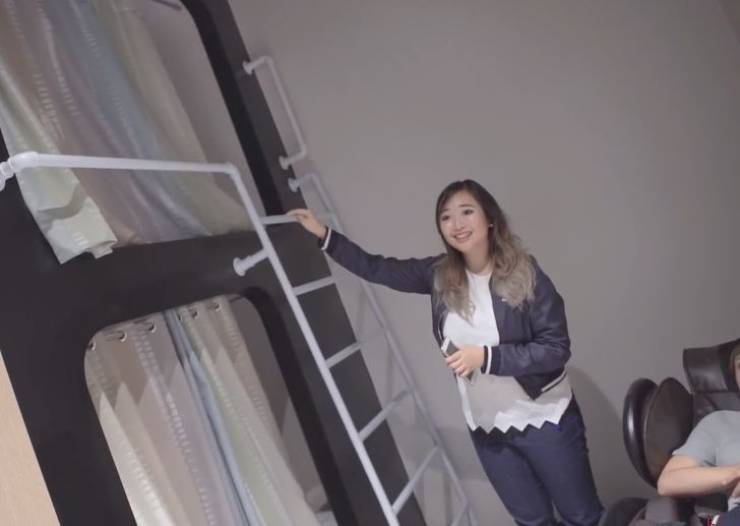 In the Mexican offices, the employees have swings to rest on and pools of balls to play in. 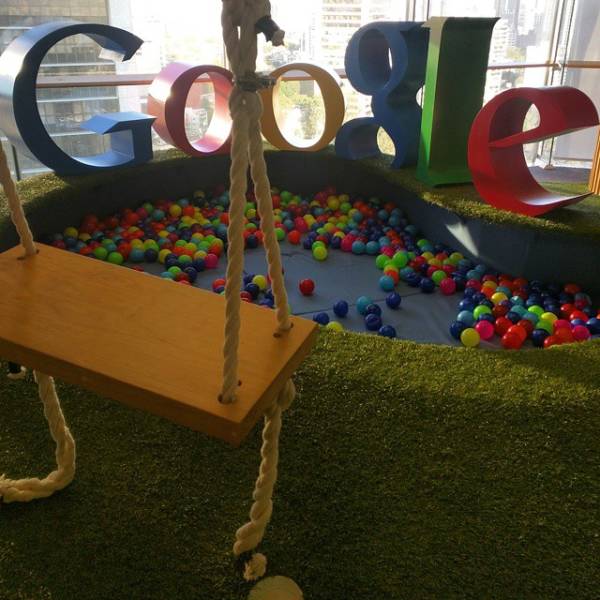 The Mountain View department has free bicycles that are used for transportation between Google campuses. 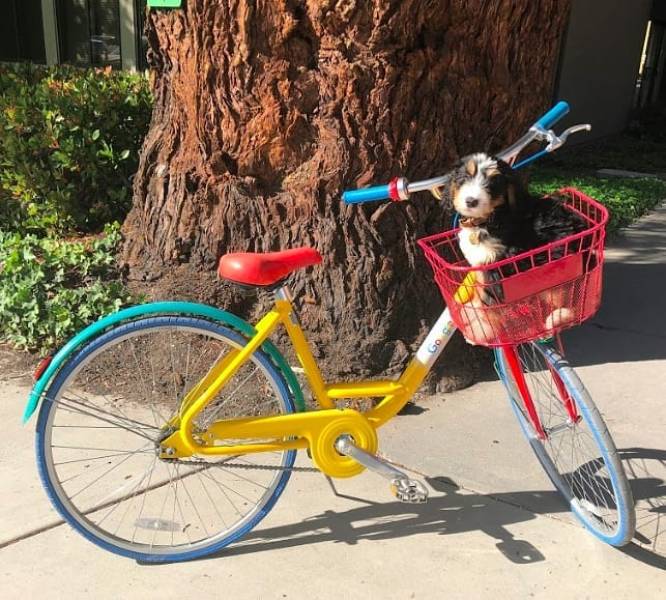 In the middle of the office, there’s a slide that can quickly get you downstairs.

The New York Google office invites its employees upstairs with the help of a vertical ladder instead of traditional stairs. 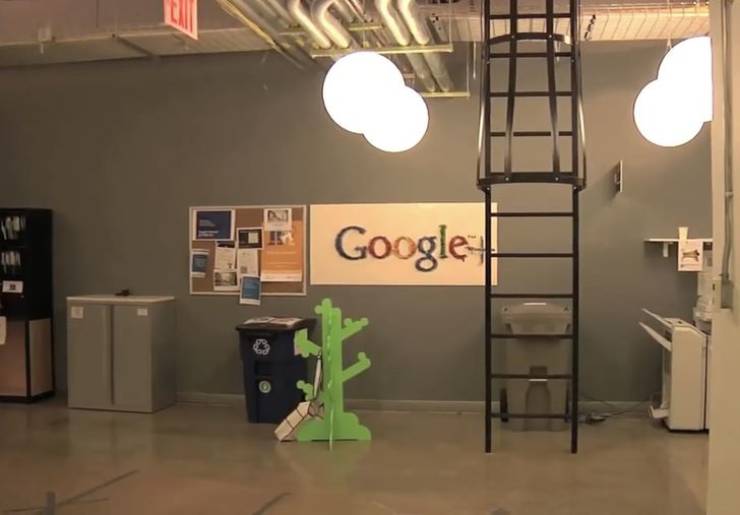 To avoid dropping a computer or other handheld items while climbing up, there are special bags that hang on a green tree next to the ladder.
The Chinese department of Alibaba uses small robots for transporting parcels. 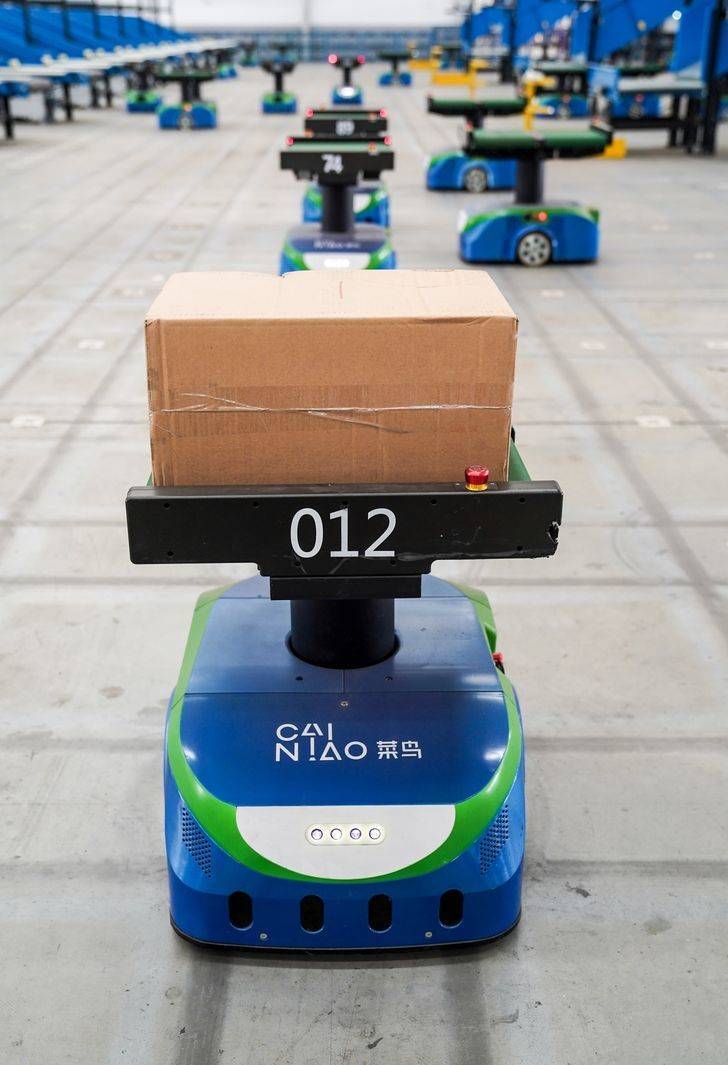 There is another robot that delivers orders to the workers between campuses from Alibaba’s head office. 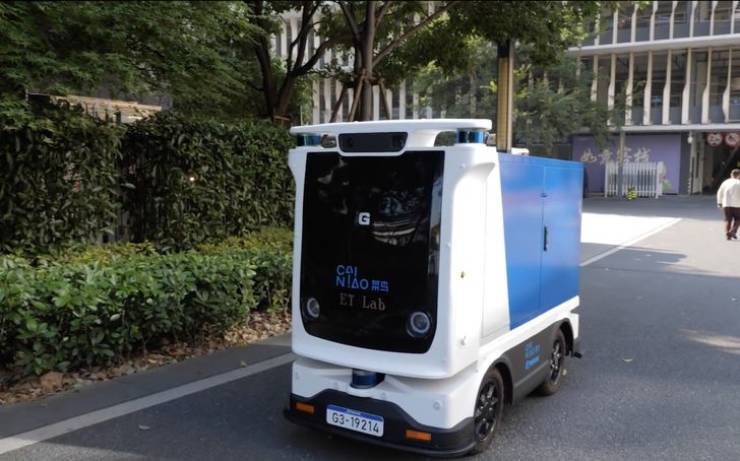 There are no cashiers in the cafeteria. Vending machines recognize food on a tray through cameras, assign a price, and calculate the total, which is then paid for with a special card. 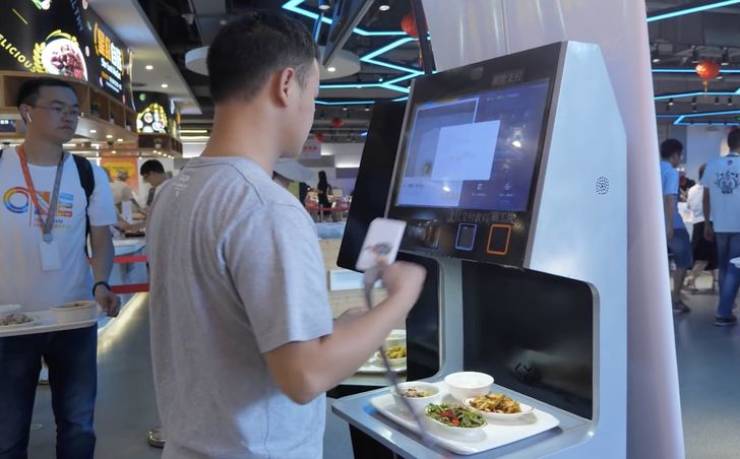 Alibaba employees who have worked for the company for a long time receive memorable gifts. 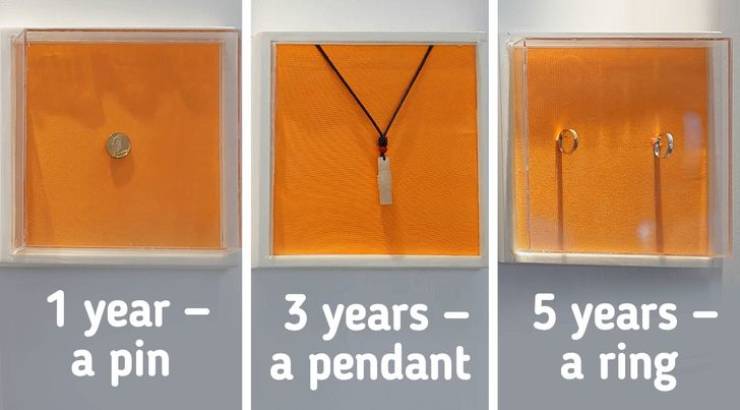 The employee responsible for sorting letters in London’s Facebook office has a workspace that looks like a postal worker’s car. 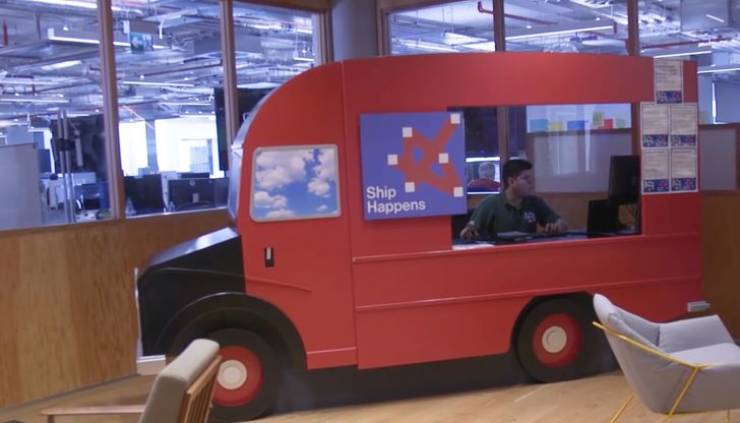 The same office also has special capsules where employees can restore their energy. 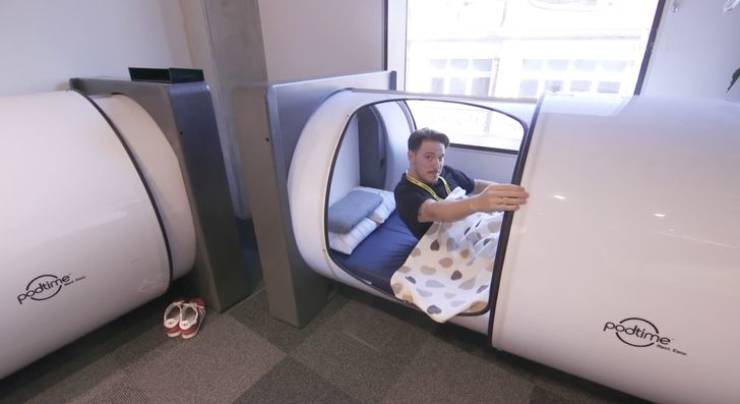 If a worker doesn’t feel like sleeping, they can attend an art master class. 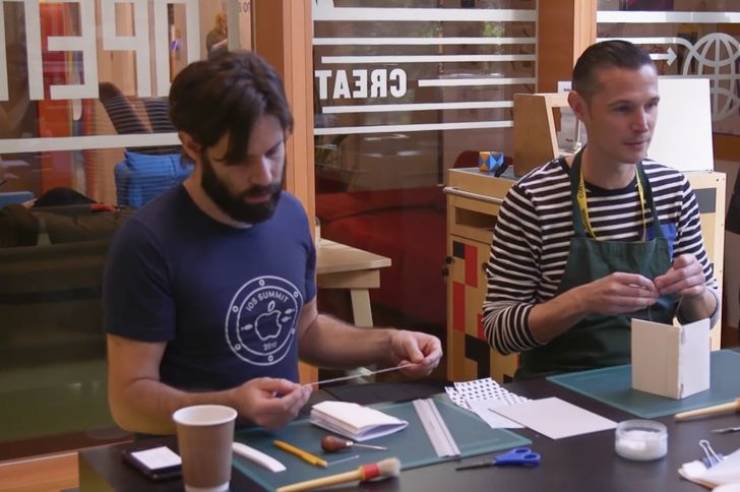 All employees at the Samsung office in South Korea walk through a frame at the exit. 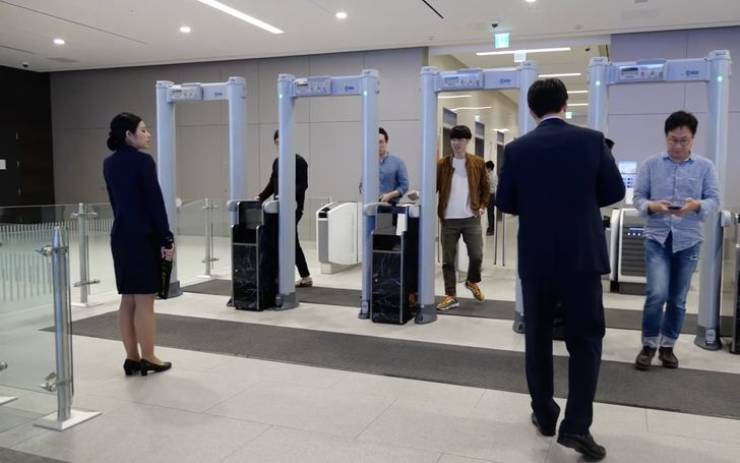 This is done for the safety of the company and current developments so that no one leaves the building with anything they’re not supposed to take out.

“I didn’t know that the tray color had a meaning in Samsung cafeterias. Turns out, if you choose a brown tray, it means you want more food; the green tray means you want less food.” One of the campuses also has a park where employees can take a rest during lunchtime. 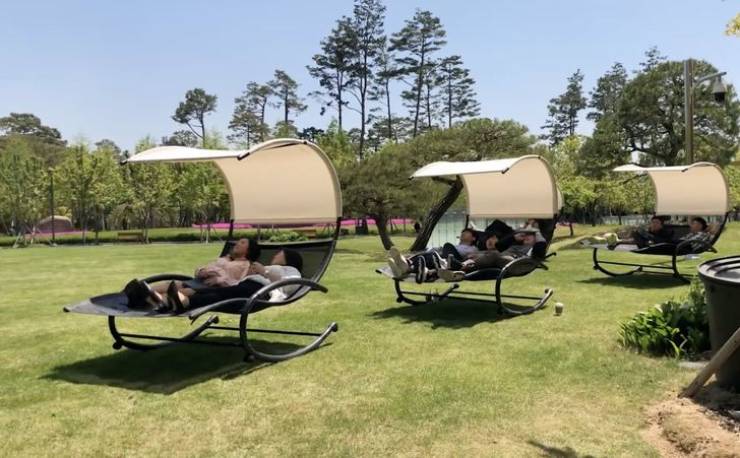 This is because the company doesn’t want the staff to sit in one place. Even the cafeteria, which could easily be placed inside, is located outside. This system helps employees burn 800 calories a day.

Bill Gates wanted to place Microsoft offices as close to nature as possible. He even built some treehouses for employees. 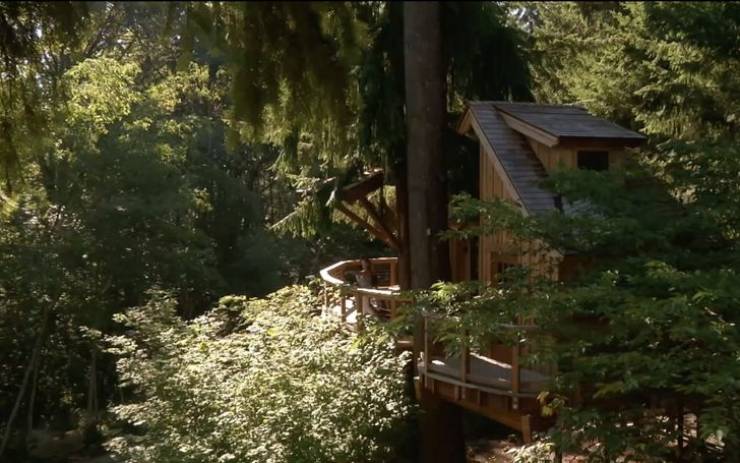 They also have a “forest” area that people can work in. 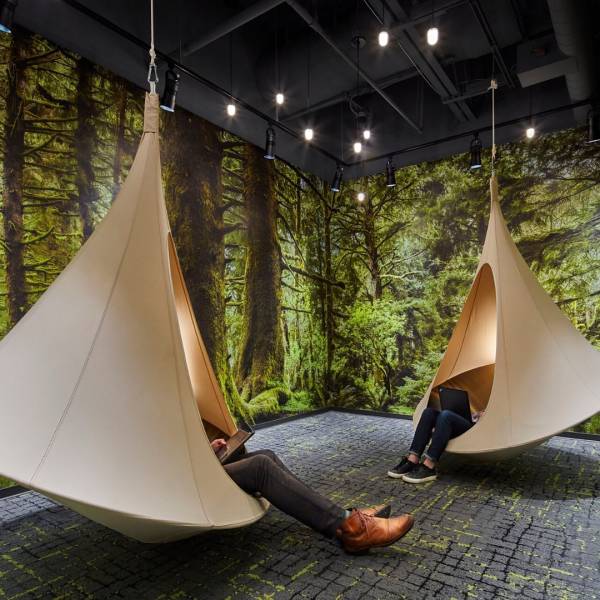 The interior of this Adobe office has bright colors, including a special shade of orange. According to the designer, it makes employees happier and motivates them to work. 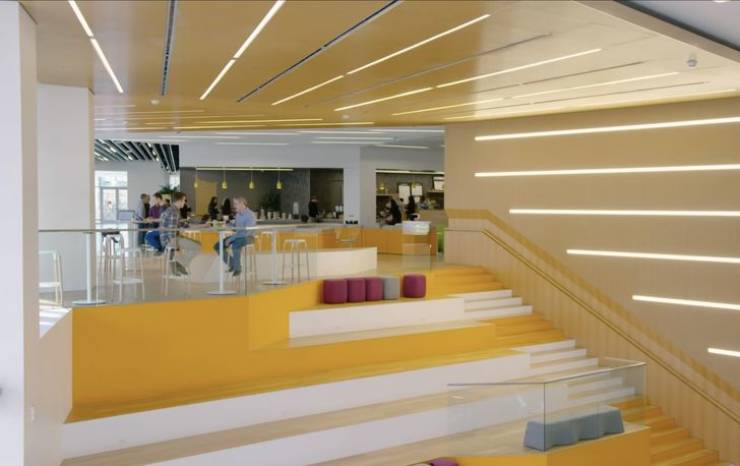 The building even has its own garden where they grow all the necessary ingredients for the local café’s cuisine. 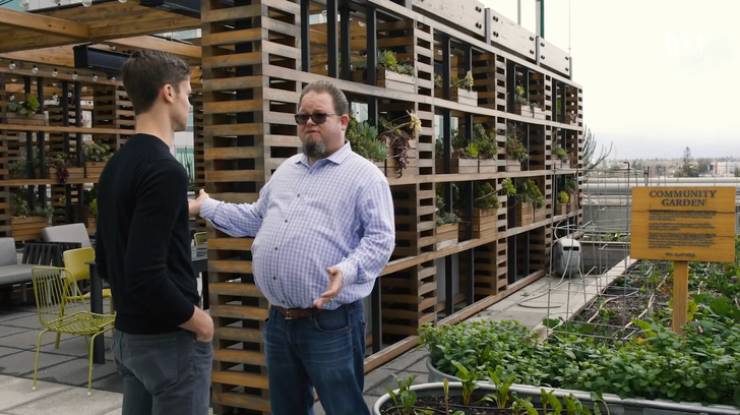 Each employee can participate in the process while a special expert provides necessary advice on plant care.

There is also a special capsule for relaxation at the Adobe office. It lets employees meditate to the sound of the ocean. 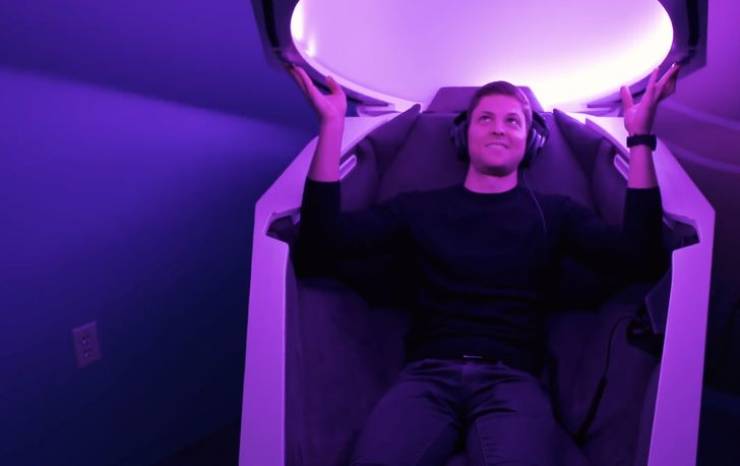 Amazon management believes that people’s brains work more actively if they’re surrounded by nature. That’s why their office in Seattle looks so tropical. 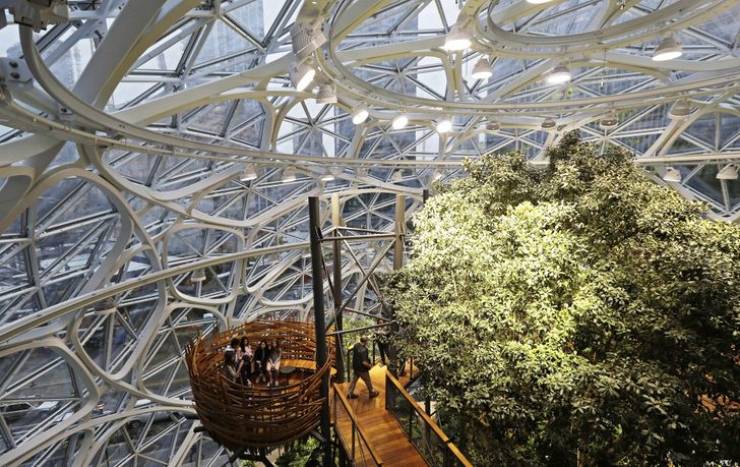 Their office provides special booths where employees can have privacy during phone conversations. 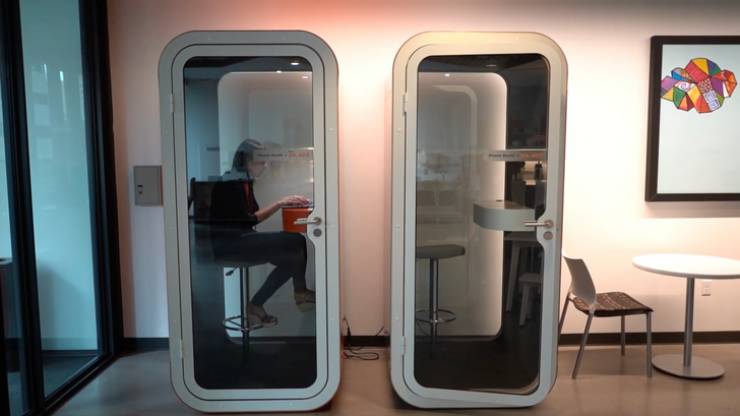 There’s even a special stand near the building where employees or anyone in the community can take a free banana. The person who sorts these bananas is called a “banista.” 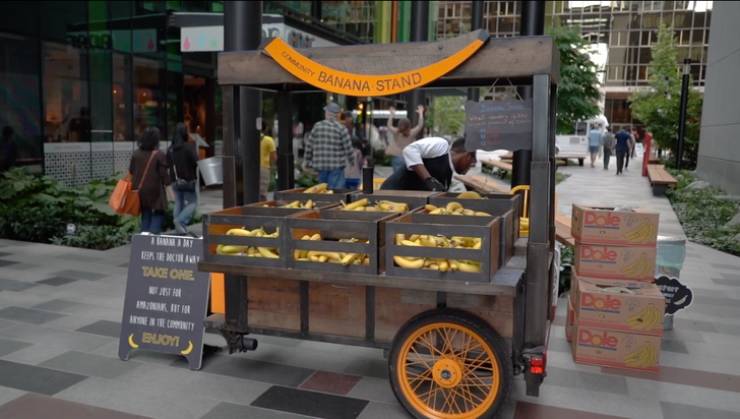 A nice bonus for all Amazon employees is the opportunity to bring their dogs to work. The office has created all the necessary conditions for pets. Previous 17 Weird, But True Facts
Next 50 Funny Jokes About The German Language