When These 10 Bizarre Things Washed Ashore, It Resulted In Nothing But Questions

Considering that humans have only explored around 10% of our planet’s ocean, we realistically shouldn’t be too shocked when something we don’t understand washes ashore. However, this still doesn’t make our beach vacations any less ruined when thousands of dead birds end up on the sand while your kids play. Here are the weirdest things that have ever washed up on beaches from around the world. They’re pretty out there, and we still don’t know why they ended up there. 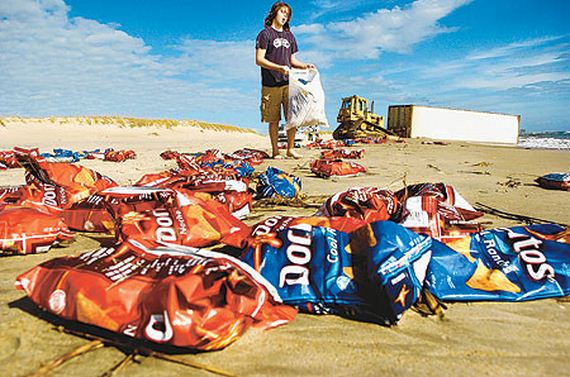 Snack lovers in North Carolina rejoiced as both of the good flavors of Doritos washed up on the shores of the Outer Banks in 2006. You better believe if it was Zesty Cheese instead of Nacho and Cool Ranch, there’d still be thousands of bags sitting on the freaking beach. 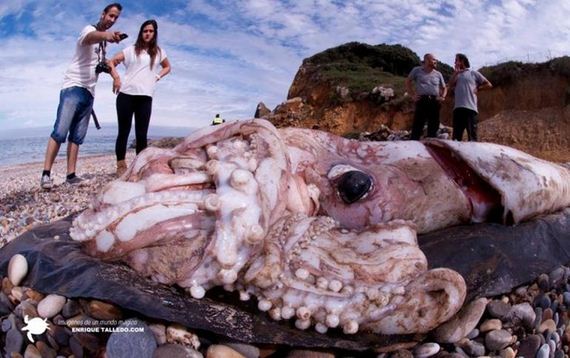 Someone must have awoken the Elder Ones back in 2005, because Newport Beach in California was littered with giant squid. Calamari, anyone?

3. Shoes With Severed Feet In Them. 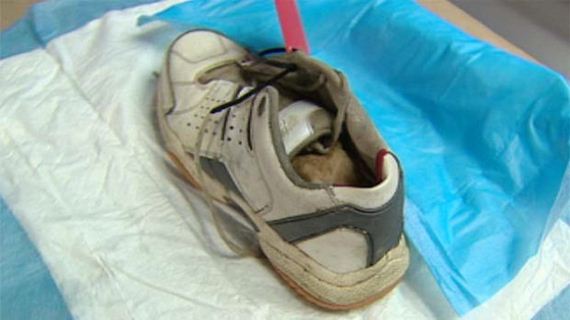 Since 2007, people in the Pacific Northwest have been finding shoes washed up on shore—shoes with the feet of the previous owners still in them. Given that most of the shoes can only be bought in Asia, it’s likely these are the feet of those who got washed up in the Asian Tsunami of 2004. However, nobody knows for sure. 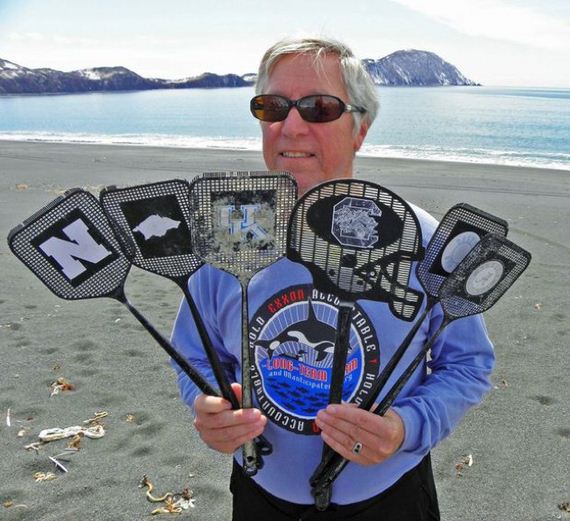 When a huge wave knocked some containers off a cargo ship, the beaches of Kodiak, Alaska, were overrun with sports-themed fly swatters from every professional and college team. I guess a plague of fly swatters is better than a plague of flies? 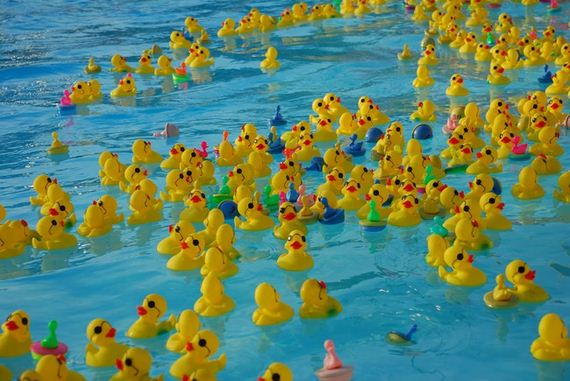 A cargo ship accidentally dropped 28,000 rubber ducks into the Pacific in 1992. Over 20 years later, the little dudes can still be seen all over the world, landing on the beaches of just about every continent. The cutest little pollutants actually helped scientists research our planet’s ocean currents, and even led them to discover the North Pacific Gyre, where all the ducks seem to eventually end up. 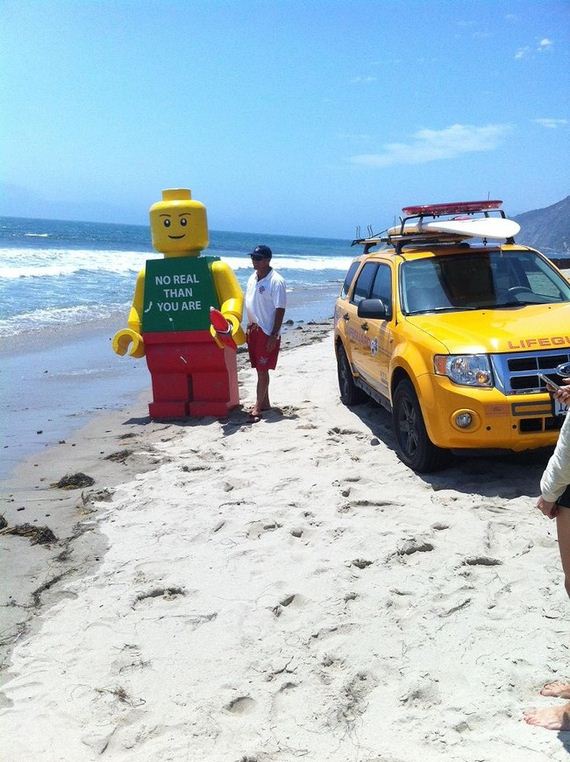 Ego Leonard, the seafaring, 8-foot-tall Lego man has been seen on at least four beaches around the world. Nobody is sure why he shows up, or how he swims international waters, but he is always a welcome presence among beach goers who had awesome childhoods. 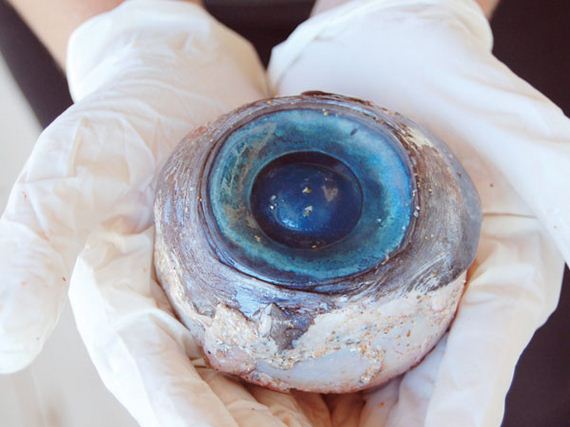 A man found this gross eyeball on a Fort Lauderdale beach, although we wish he hadn’t. It turns out that it belonged to a swordfish, and not a sea serpent.Still, what creature ripped it out of its socket, huh?

8. Bananas. A Crap Ton Of Bananas. 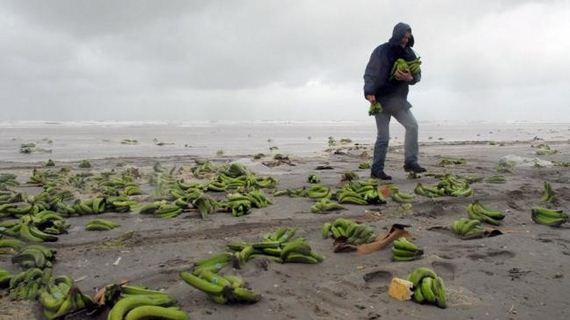 In 200, it seemed as though the banana boat had sunk somewhere off the coast of two Dutch North Sea islands. Luckily, unlike other Dutch beach goers, the bananas don’t peel easily and were fine to eat after ripening. 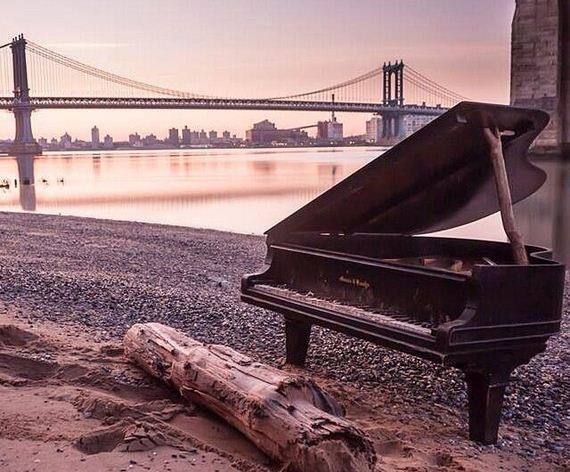 This may look like the cheesy album art to a Sting solo album, but in 2011, a grand piano (not a message in a bottle) emerged on a beach in Miami. 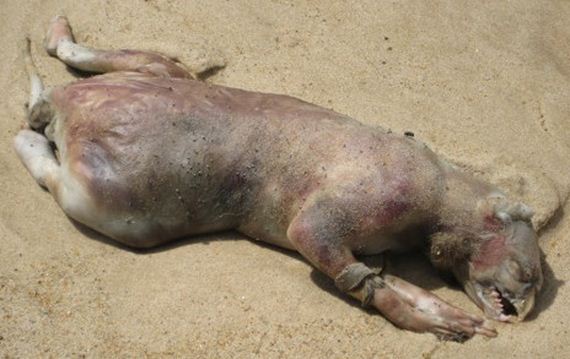 This controversial photo made its way around the Internet in 2008, and has been the subject of debate ever since. It appears to be some kind of plump, little alien monster George Lucas might conjure up. However, when zoologists took a peak at it, they quickly pegged it as a water-logged raccoon.

Well, there you have it. Much like Ariel collected treasures from us land-dwellers, we now collect the treasures from the seas on our beaches. Perhaps one day this will inspire us to leave the beach and check out the still-unexplored ocean, but probably not.