Woman Offers Her Body In Exchange For A Used Car 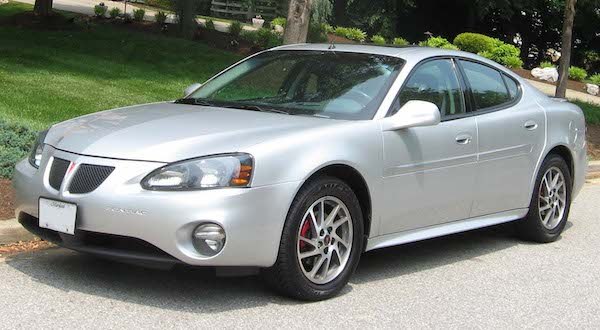 Supposedly prostitution is the world’s oldest profession. People have been using their God-given goods to keep the lights on, or the candles lit, or the fire burning for practically forever. Nowadays, we tend to look down on turning tricks as a trade, but that doesn’t keep some industrious people from disgracing their sacred temple when the deal is too good to pass up. Like, maybe for a new car for instance. I’m not gonna lie, if it meant a slick new set of wheels I’d probably lay there like a dead fish and let some nasty old lady do things to me. It would have to be one hell of a vehicle though… But for a fucking Pontiac Grand Prix? Does Pontiac even exist anymore? Says here they stopped manufacturing Grand Prixs in 2008! Your body. For a vehicle AT LEAST 11 years old! Have some fucking standards! I guess as far as the owner is concerned, this would be the pontiac of deals, right? Wrong!

Hold on, I’m getting ahead of myself. Let’s meet our players. We’ll call them Hester and Lester. Once upon a time, in the land of What the Fuck, these two began their negotiations. 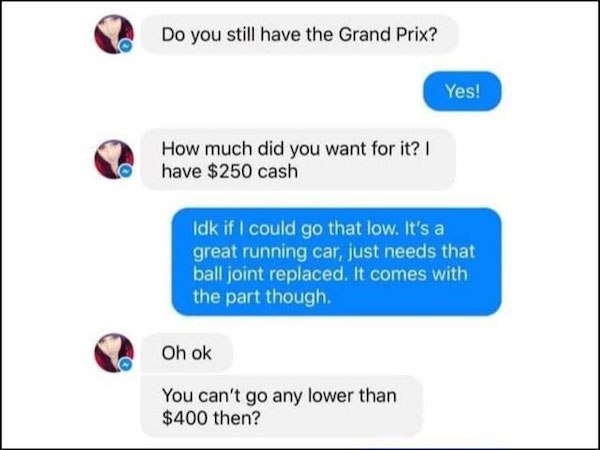 Call me a “baller” or a big spender if you want, but I think $400 for a running vehicle is a pretty good deal already. You could probably part it out for more than that. Good old’ Hester here didn’t earn her scarlet letter by playing by the fucking rules though 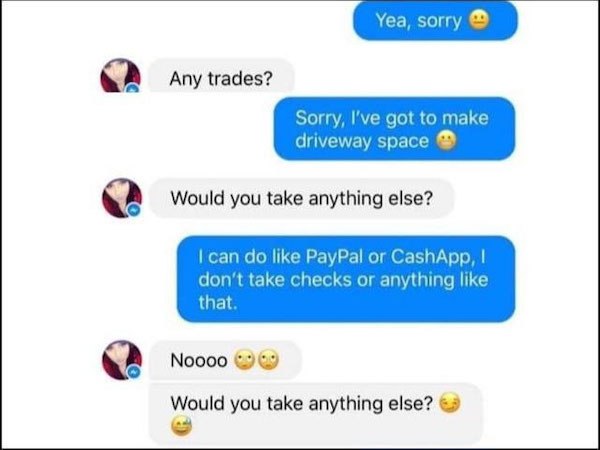 See now, this is where shit gets interesting. Hester asks if Lester would accept anything else for payment. Dude is probably like, “Fuck yeah I’m gonna get me a new PS4 or a laptop or something… Oh. OH! OH SHIT, this lady is trying to trade her baby-making bits for my old beater!” 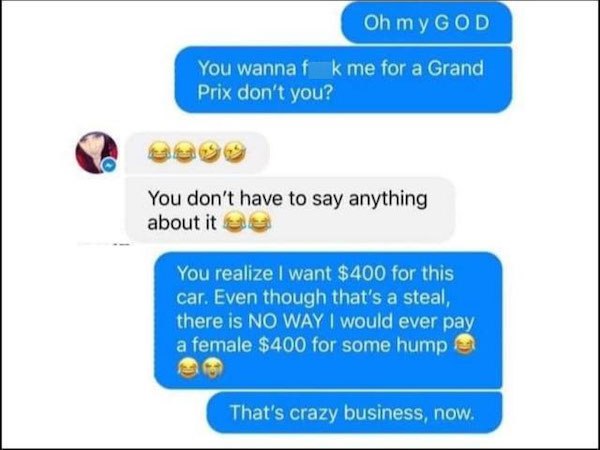 God bless Lester. He’s slow on the uptake, but he is a man of principles! He doesn’t pay for sex. Not $400 at least. I’m gonna go out on a limb and say that Lester here is probably married, or in a serious relationship. I don’t know him, but I just have a sneaking suspicion. 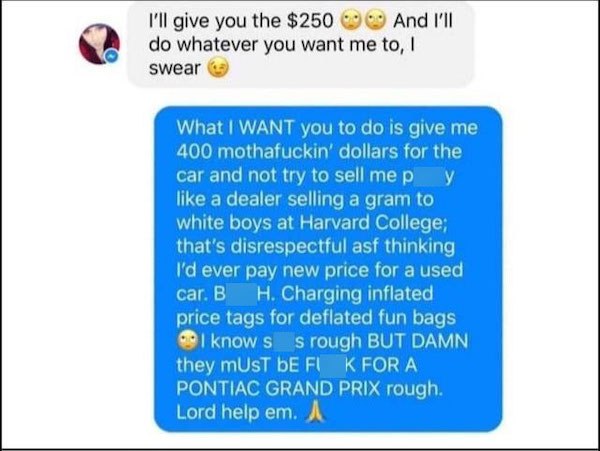 What do you do when someone refuses to fuck you in lieu of $400? You offer them $250 AND your brown hole. Because let’s all be very clear here, when a woman says, “I’ll let you do whatever you want,” she’s talking about giving up the butt sex. It’s science. Well, guess what Hester, my man Lester here already got his brown wings and just wants his 400-damn-dollars!

Also, that is straight-up savagery. I’m particularly fond of the line, “Charging inflated price tags for deflated fun bags…” Damn. Lester out here murdering hookers with words like some linguistic Jack the Ripper 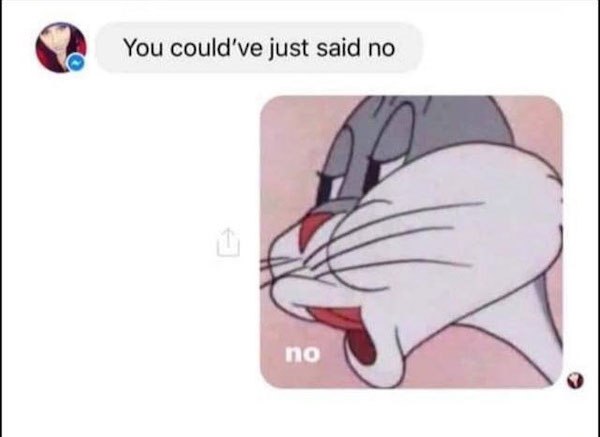 When a woman is throwing herself at you, the best approach is the direct approach. I mean, that’s never happened to me. Women generally turn and run from me, but it worked for Lester. Then again, I’ve never tried to trade my pristine, God-like body for some old ass Pontiac beater.

The moral of the story is this, if you want to get laid, don’t bother with Tinder or any other bullshit dating app, get yourself an old, busted Pontiac Grand Prix!

Loading...
Previous Pizza Delivery Woman Shares Her 32 Most Memorable Customers
Next 60 WTF Rides Of The Week