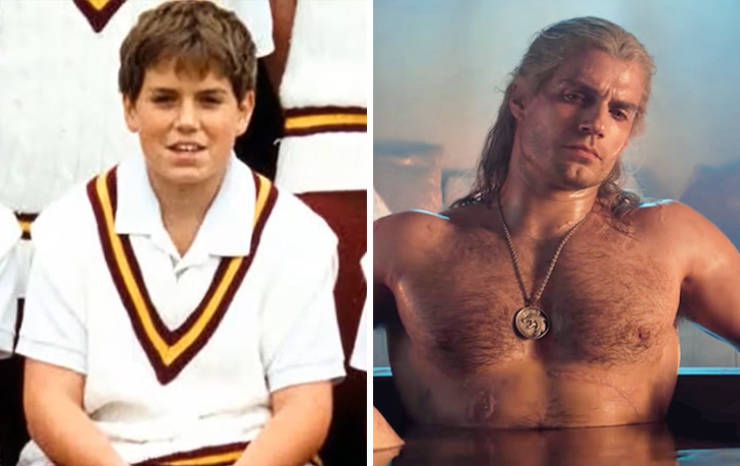 Fans see this actor as a real Superman thanks to his roles in popular movies and his perfect physical shape. But it turns out that his peers called him “Fat Cavill” when he was a kid. Henry shared in an interview: “Although I really was fat, it was cruel to call me like that. But children tend to be cruel.” The future celebrity was also called “a quitter” because he didn’t know how to talk to girls. 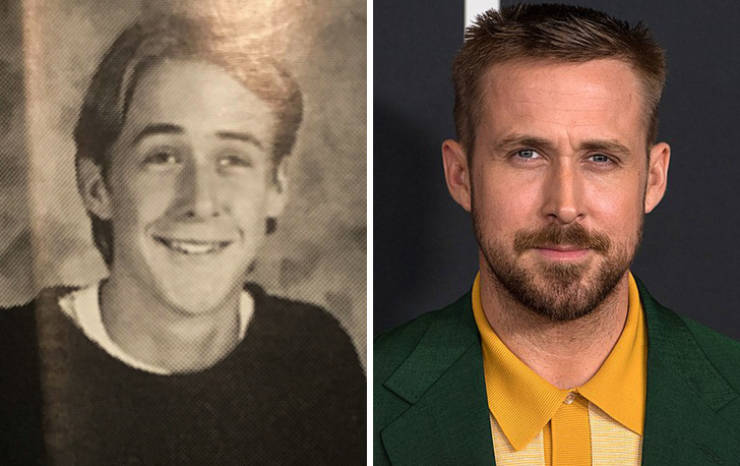 This heartbreaker also wasn’t in a good relationship with his classmates. According to Ryan, he hated being a kid because he was mocked and he didn’t have friends. He also was diagnosed with possible ADHD and had to spend a whole year studying from home. 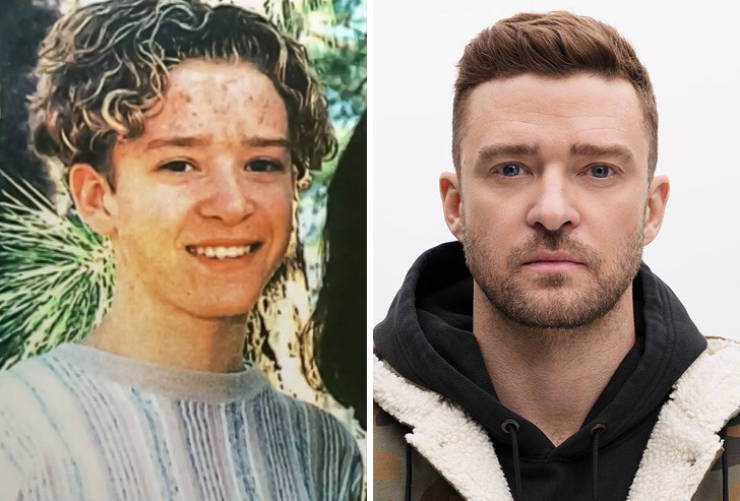 The singer began his career as a kid on the show The Mickey Mouse Club. It seems that this should have made him popular with his peers but it turned out to be the other way around. In 2015, Justin confessed from the stage: “At school, I was constantly teased and called weird, different, and a couple of other words that I can’t say on TV.” 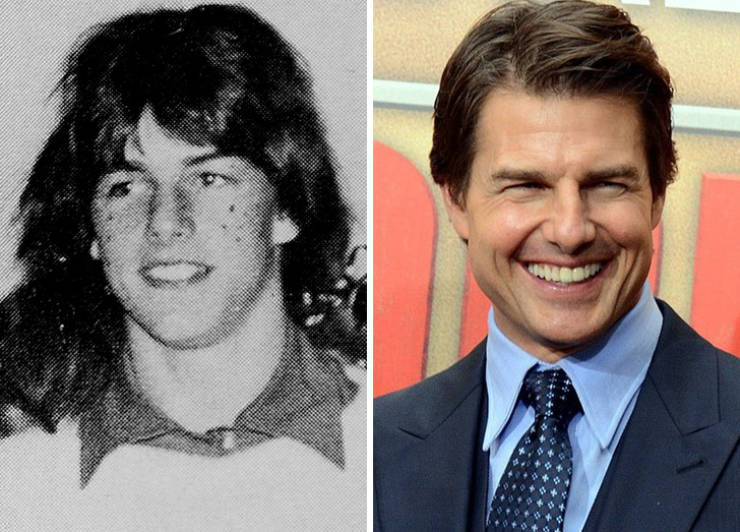 Tom is one of the biggest Hollywood actors who hasn’t lost his popularity in more than 20 years. But his childhood wasn’t trouble-free. At school, he was constantly bullied because the Cruise family had to move pretty often. So he was always that new guy at school, who had to deal with mockery from his peers. In addition, he suffered from dyslexia that also took away from his self-confidence, and girls didn’t pay any attention to this future handsome actor. 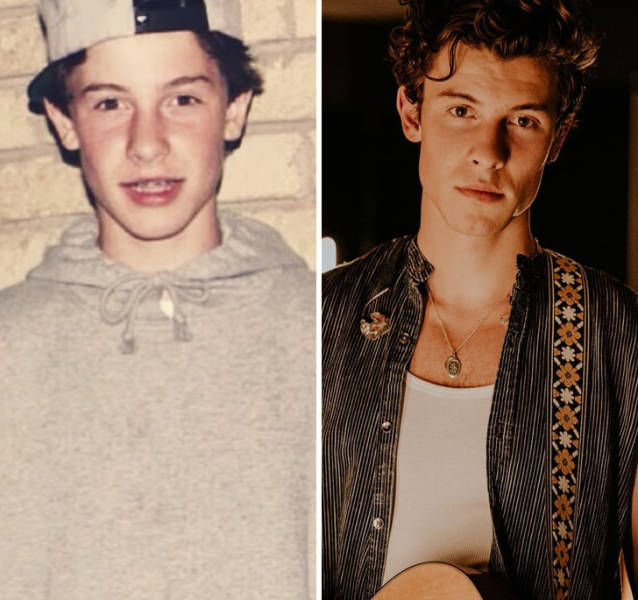 This young musician has become very popular in recent years, but the start of his career was pretty difficult. Shawn shared some memories about being his 15-year-old self: “When I was in the 9th grade, I posted one of my first videos on YouTube. The day after, I was walking down the hall at school and guys started yelling out: ‘Sing for me, Shawn, sing for me!’ In a way that made me feel like what I was doing was just stupid and wrong.” 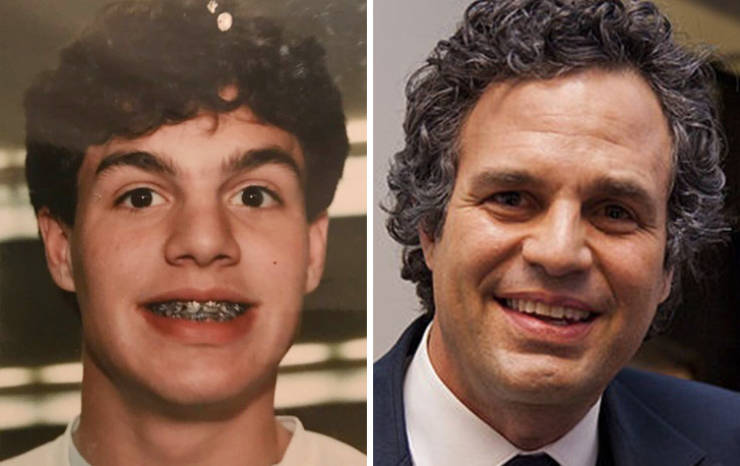 As a child, Mark was a wallflower who wore braces and wasn’t popular with his classmates. In 2017, the actor supported a boy who was bullied at school on social media and admitted that he was also a victim of bullying. 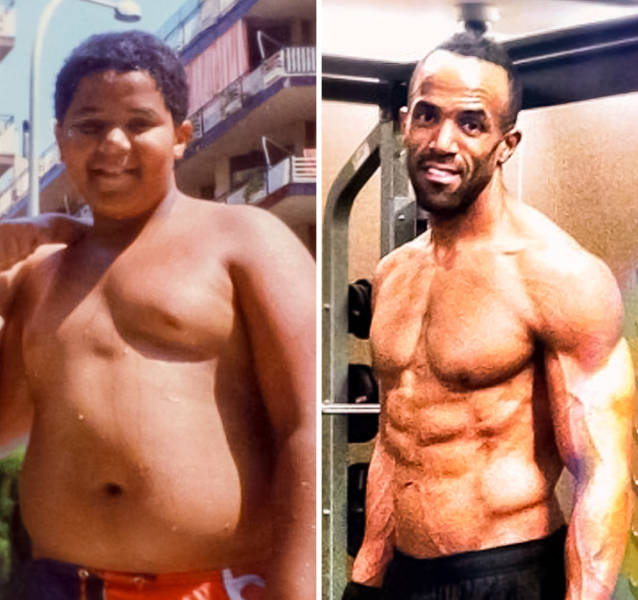 This famous singer suffered due to pressure from his peers who bullied and abused him. Craig even wrote a song about this experience. This song is about a boy named Johnny who bullied a future celebrity. Craig was also overweight, which didn’t make him popular in the eyes of his classmates or girls. 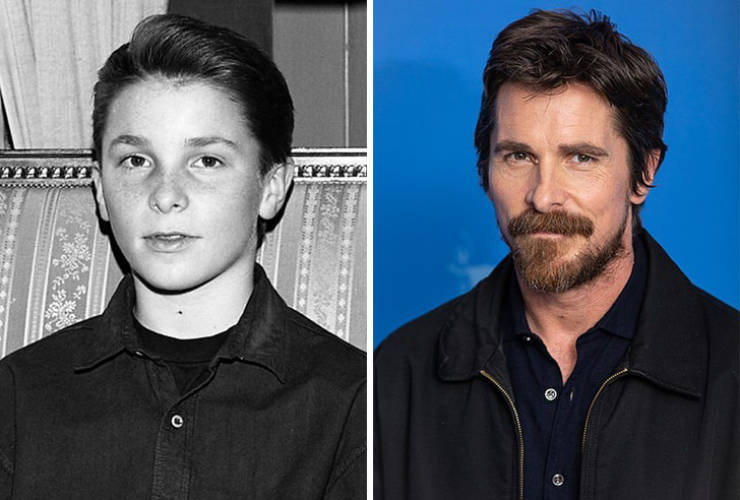 At the age of 13, Christian made his film debut and became the object of bullying at school. The actor shared: “I was beaten by several boys for years. They turned my life into hell. They beat me with their arms and legs.” But he admits that this made him stronger and turned him into the person he is now. 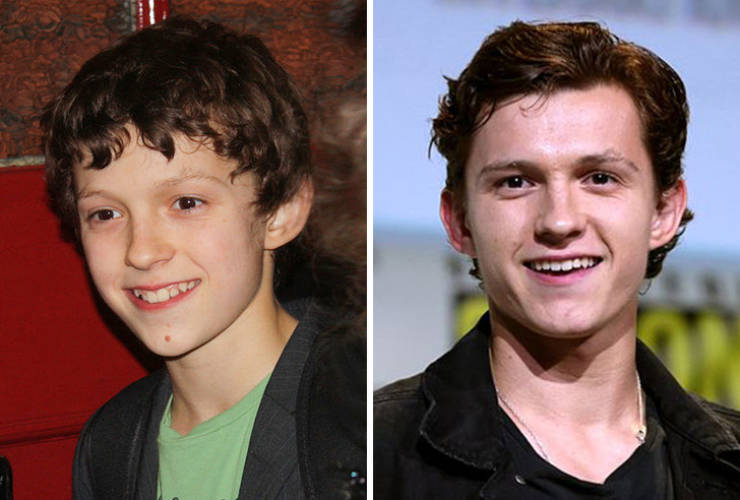 Tom was into dancing when he was a kid and, at the age of 12, he got a role in the Billy Elliot play. After that, his peers couldn’t stop teasing him. Holland shared some memories from his childhood: “I was not a tough kid at school. I just found a group of friends and put up with the situation.” 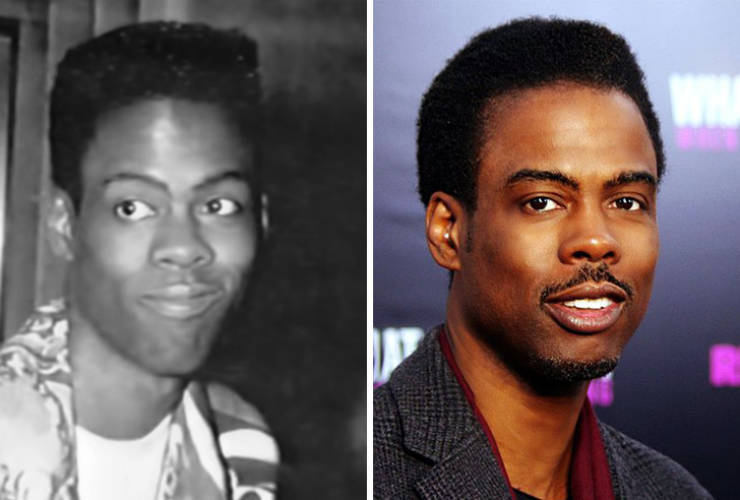 In his childhood, the future comedian and actor didn’t know yet how to use his sense of humor and charisma, and his classmates saw him only as a thin, small, and shy boy. In addition, Chris was the only child with dark skin in his class. 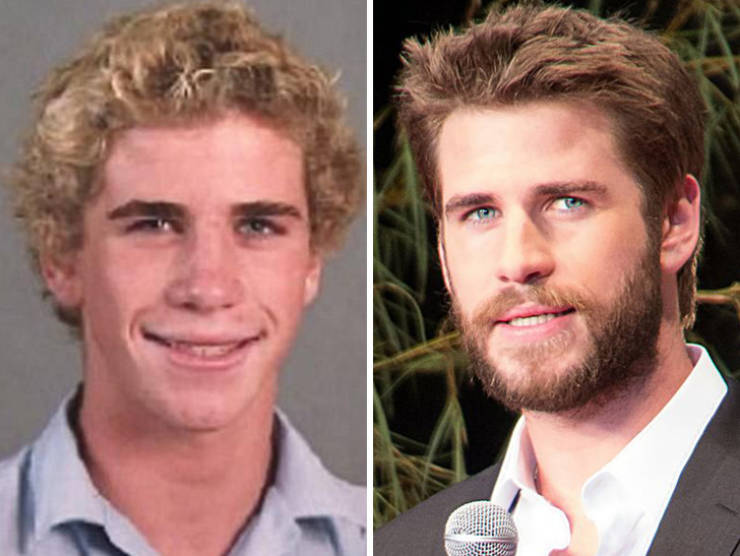 It’s difficult to believe that this handsome man wasn’t respected by his classmates and wasn’t popular among girls. Liam said in one of his interviews: “Most of the children played football at school and they were cool and strong. But I wasn’t athletic and didn’t play football, so all they had left was to laugh at me.” 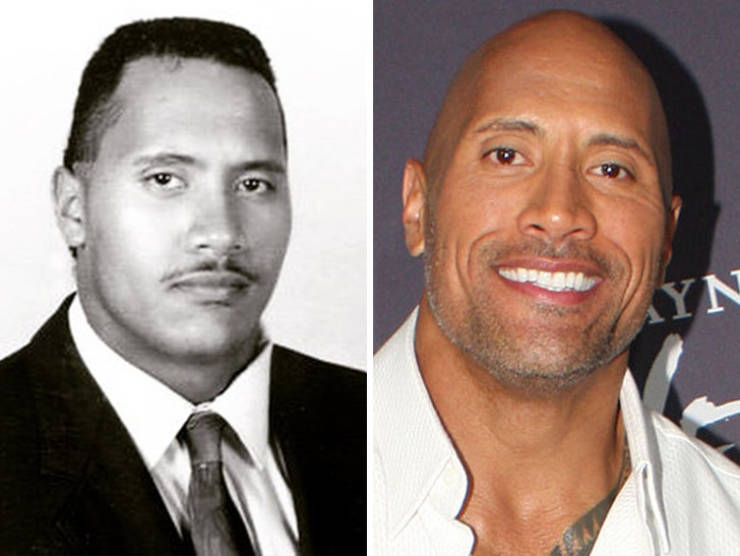 The school life of the Rock wasn’t easy. This is how he described it: “By the age of 16, I managed to change 4 high schools in different states. And I was 6’4’’ and weighed 225 lbs, and looked like a mutant. Some classmates even thought that I was an undercover cop.” 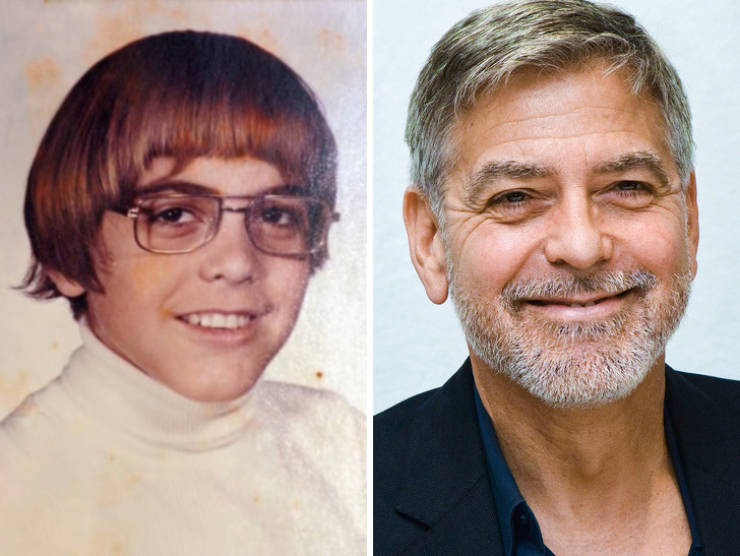 In middle school, George suffered from Bell’s palsy. He couldn’t eat or drink normally, his left eye was closed for the whole year, and he was called “Frankenstein” at school. In 2013, George shared some information about this time in an interview: “This was the worst year of my life. Children can be very cruel. I was mocked and bullied, but these difficulties made me stronger.” 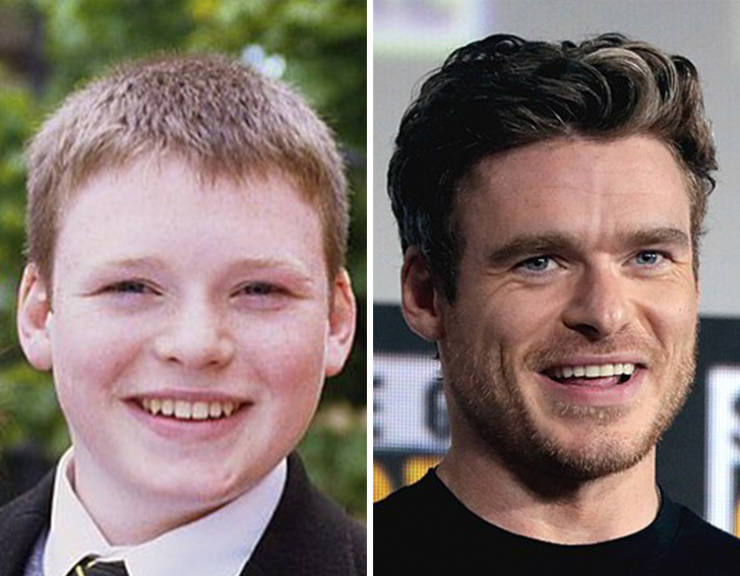 This Game of Thrones star wasn’t a tough guy at school. Richard shared: “I was overweight and I grew up in a constant humiliation. I began to study acting to gain some confidence.” 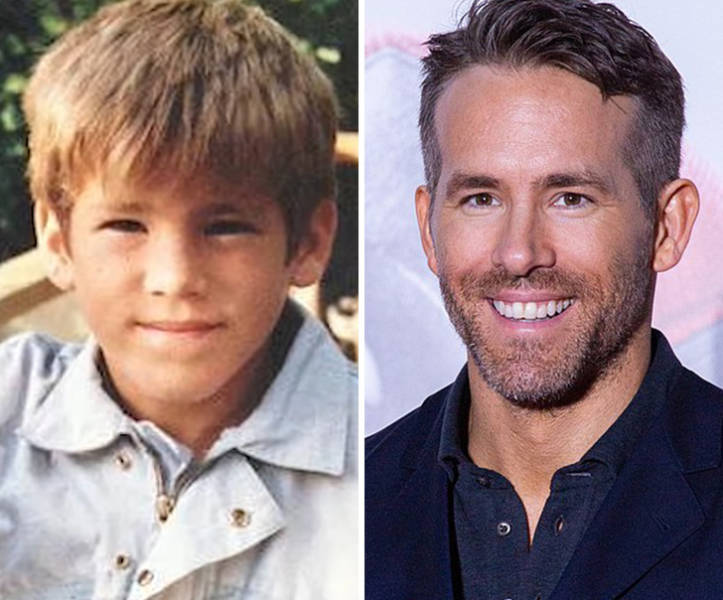 This actor has won the hearts of women around the world with his charisma and sense of humor. However, in high school, romantic relationships didn’t work out well for him. Reynolds shared: “It took me a while to learn how to talk to girls. Until I was 18, I looked like a Vietnamese girl myself.” There might have been other reasons, but Ryan hated school and was eventually expelled.

Previous 17 Photos Prove That Family Is So Much Fun!
Next 25 Ingenious Hacks To Protect Against Coronavirus