17 Comedians Who Did Not See Much Fun In Their Lives 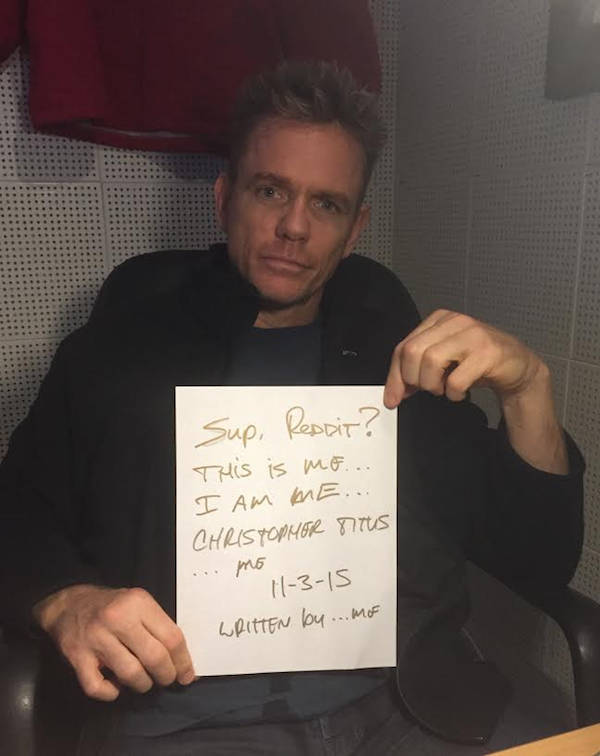 If you Titus’ work, you know that a lot of his upbringing shows up in his stand-up and on his short-lived TV show. His story includes a dysfunctional relationship with his parents, both a mother and a sister who committed suicide due to mental health, as well as other reasons.

He also went through a traumatic divorce that nearly caused him to take his life too. 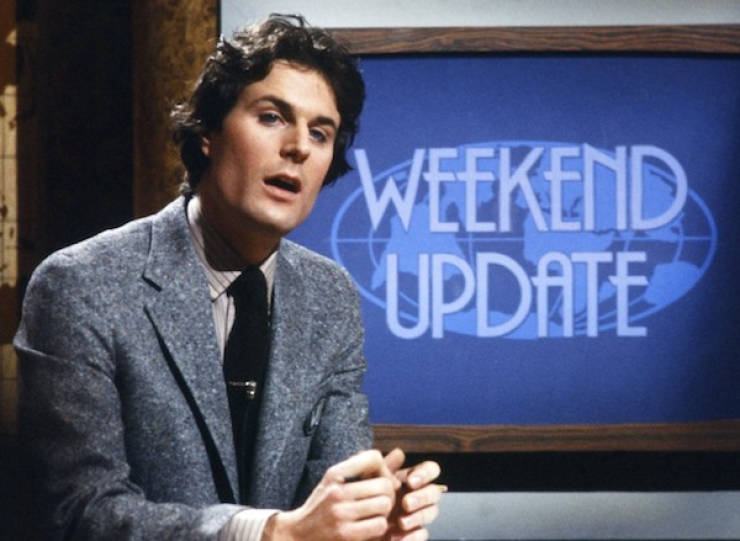 Usually, if you can make it to Saturday Night Live, then you’re gold as far as comedy goes. Except, he was a featured player on a season that just lost Chevvy Chase and had a whole bunch of bit players surrounding him. Still, he shone.

But, he used the word “F@#k” on tv, and was fired. He got some work in other films like Dumb and Dumber, Earth Girls are Easy & Hocus Pocus, but nothing that really took him to the same comedic heights as SNL

He was found with his throat slit on his Connecticut property, with his death ruled a suicide. 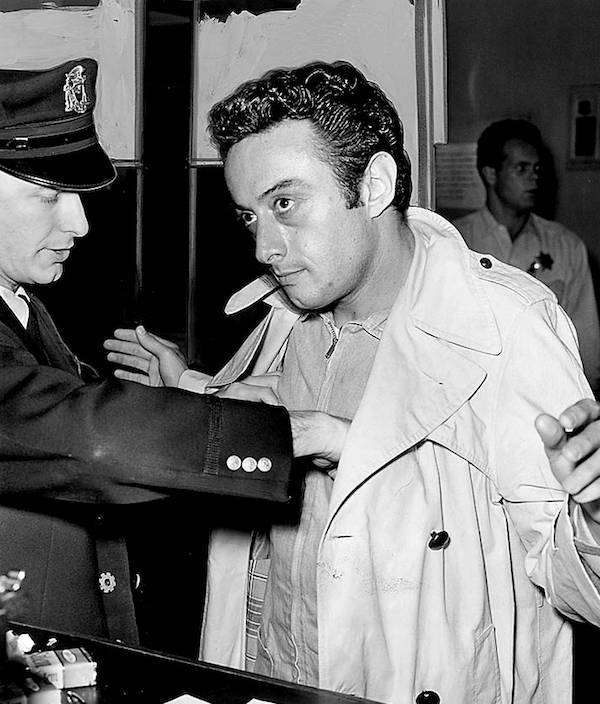 Bruce was a comedian and a social satirist, and was f@#king hilarious and dark. He was also extremely controversial. He was arrested and convicted on charges of obscenity in 1964.

He spent time in the Navy during WWII and saw active service and made a career of pushing the envelope and getting his a$$ kicked for it.

He ended up turning to drugs and died of an apparent overdose in 1966. 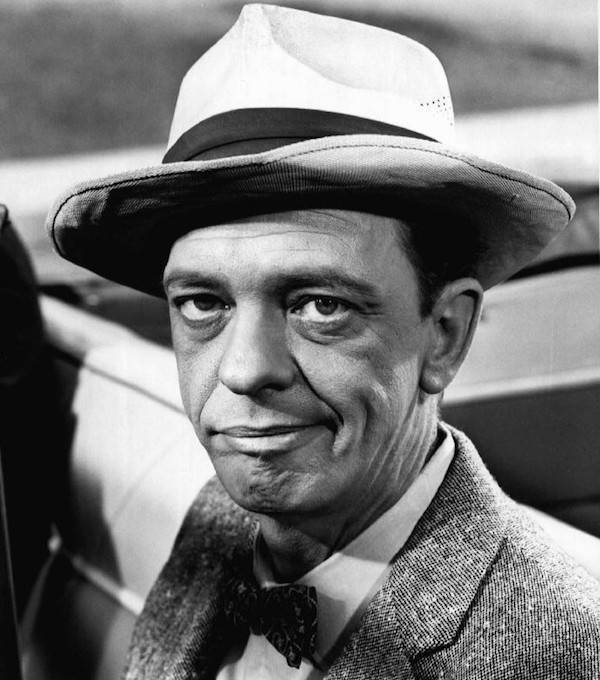 Known for playing kooky and light-hearted characters on The Andy Griffith Show & Three’s Company, his real life was anything but.

He grew up in a home with a schizophrenic father, who’d come after him with a knife. After his dad passed, he was raised by his mom, who was already 40 when he was born. She died at age 84, when he was only 13.

He spent his life wrestling with hypochondria and macular degeneration quietly, while portraying a goofy exterior. 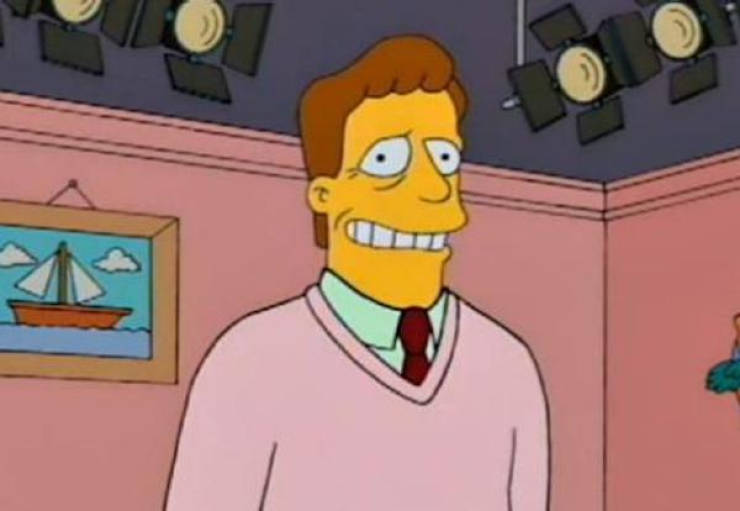 While he was known for SNL, News Radio and other shows, his best known role was as “Troy McClure” on The Simpsons and as Captain Carl on Pee Wee’s Playhouse.

A legitimate comic genius and nice guy, he was shot to death by his drug-abusing wife, who then killed herself. 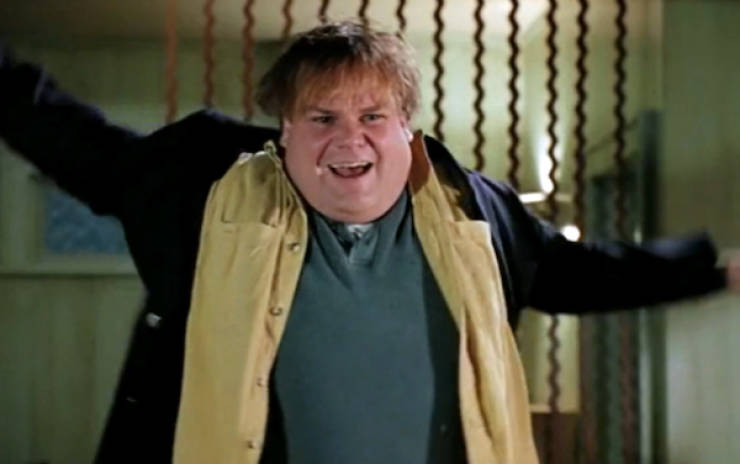 Farley was a legit comic legend. He held memorable roles on SNL as well as in Tommy Boy & Beverly Hills Ninja. Every single character he came up with was the funniest thing I’ve ever seen.

Sadly, he struggled with addiction for most of his adult life, going in and out of rehab. He was found dead of an overdose in 1997, due to a combo of morphine and cocaine 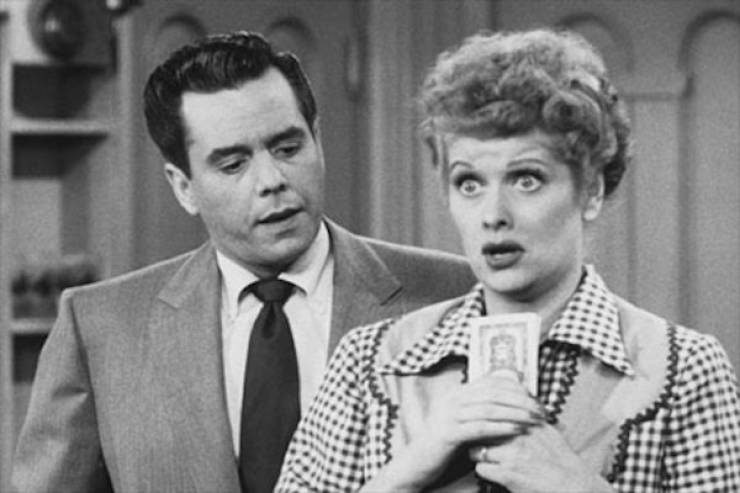 Lucy, and her husband Desi Arnaz, were a beloved comedy duo on screen and their performances on I Love Lucy were memorable. And while they played the perfect couple on the screen, behind the cameras was a different story.

There were rumours of abuse, infidelity, and because Arnaz was Cuban, both were under scrutiny for being Communists during the McCarthy reign.

Prior to that, Lucy lost her father to typhoid fever when she was 3, was emotionally abused by her eventual step-grandparents, and saw her family lose everything due to an unfortunate shooting accident.

That said, she became one of the most powerful Hollywood women in history. 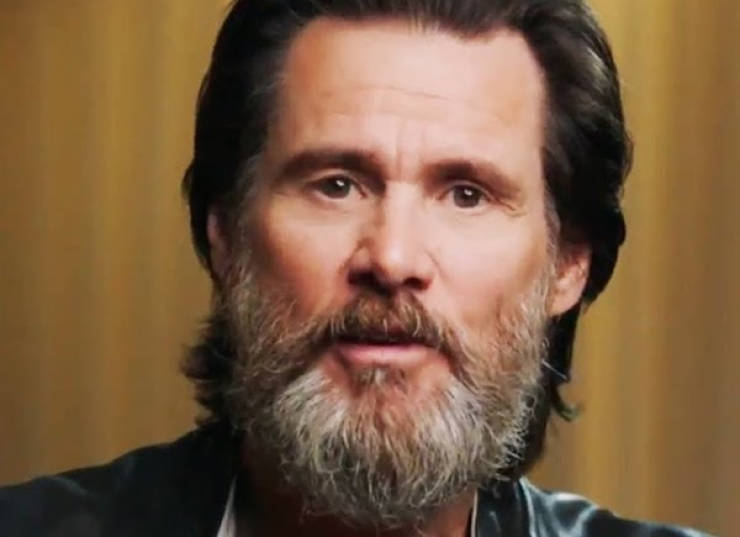 He might be one of the most outlandish and animated comedians out there, but it wasn’t always that way. Growing up in a Toronto suburb, his family struggled financially, with Carrey having to live without a home on several occasions as well as drop out of school.

Once he made it big, he seemed untouchable, with high-profile roles and relationships. In 2015, Carrey’s former girlfriend, Cathriona White, was found dead of an overdose. Her brother launched a wrongful death suit against Carrey, publicly stating that Carrey provided her with drugs and was at fault.

He’s since taken a step out of the limelight. 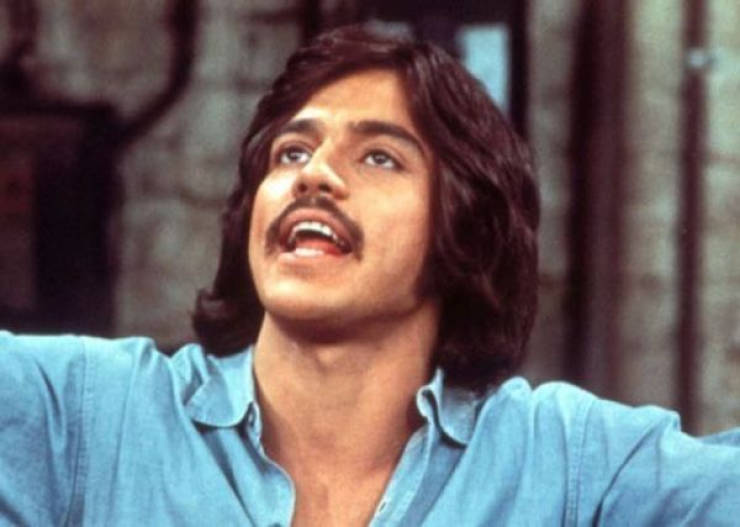 The senior Prinze was a stand-up comedian and the star of the show Chico and the Man. In front of the camera, he had a natural charisma.

Behind the scenes, he was suffering from depression and a drug addiction. He also had a habit of playing Russian Roulette to frighten his friends. One day, he called his wife and son, invited his business manager over, and then shot himself in the head in front of him. 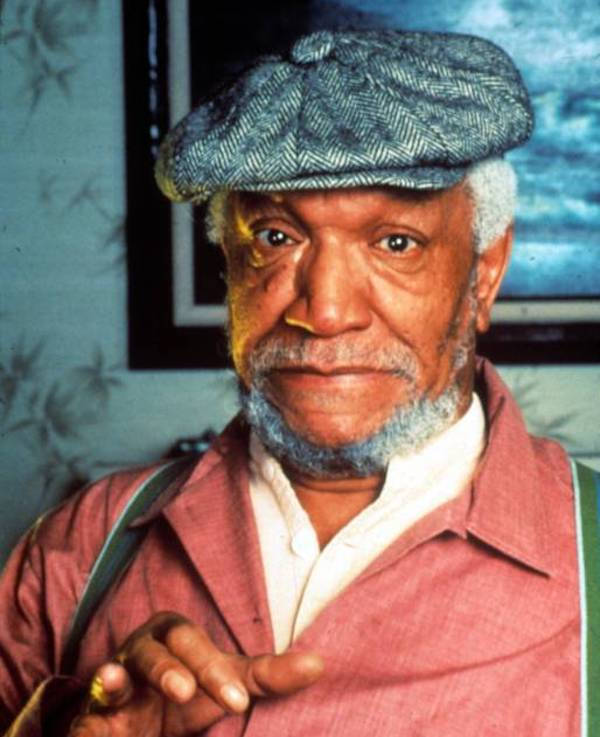 Red is one of the most legendary comedians out there, with over 50 comedy records to his name and his iconic tv show Stanford and Son.

Overall, he had a decent life. The tragic part is how he died. On his popular show, he had a bit where he’d grab his chest and fake a heart attack. On the set for his latest show The Royal Family he had a legitimate heart attack and no one batted an eye until it was too late. 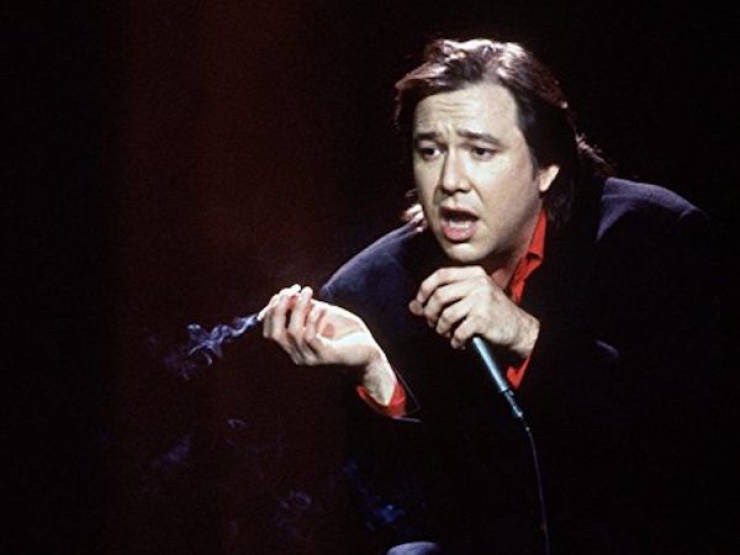 Hicks was a stand-up comedian who loved his dark humor and satire. He was also a huge chain smoker and user of psychedelics; both elements becoming a part of his act.

Throughout his career he also had an ongoing feud with Dennis Leary. Hicks ended up getting diagnosed with pancreatic cancer and passed away within 6 months, while still touring for as long as he could. He was only 32. 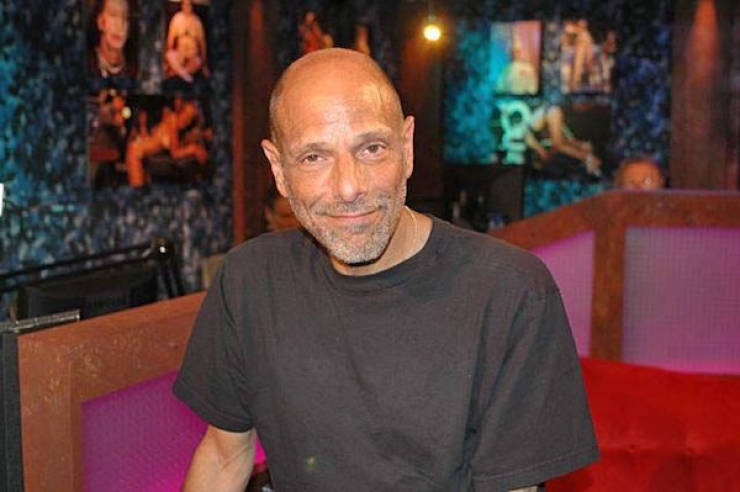 Schimmel wasn’t the type of comic who’d find himself on network television. His material was profane, dirty, definitely NSFW, and too personal for everyone’s liking. Hence, he was a mainstay on HBO and the Howard Stern Show.

Through his life he suffered through several divorces, lost his son to cancer when the boy was only 11, and suffered from cancer. He also developed cirrhosis of the liver due to a blood transfusion from his days in the Air Force.

While on the list for a new liver, he was in a car accident, and died. 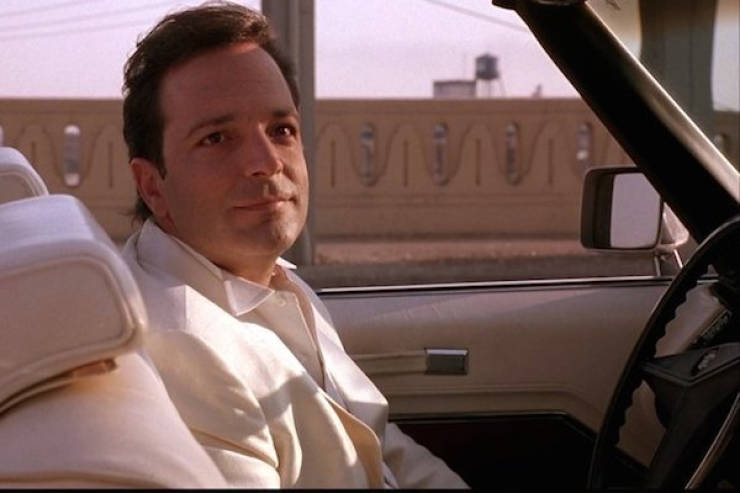 Jeni was a regular on Showtime for his stand-up specials and made frequent appearances on The Tonight Show. In fact, he made more on Jay Leno’s show than any other comedian.

After a few movie roles, the most notable being the role of Charlie in The Mask, he ended up taking his life with a self-inflicted gunshot in 2007. He had apparently been inflicted with severe clinical depression and psychotic paranoia before his death. 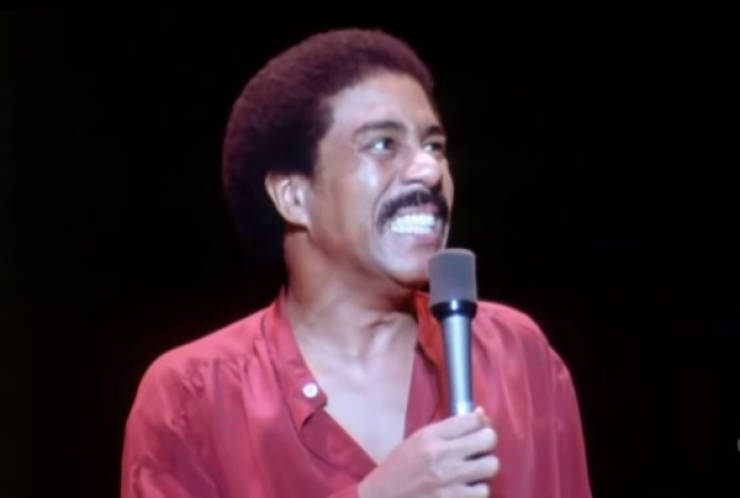 Considered one of the greatest and most influential stand-up comedians of all time, Pryor was a legend.

He grew up in a brothel, was raised by an abusive grandmother, was sexually abused when he was 7 and expelled from school at 14. He joined the army, but spent the entire time in army prison for attacking a racist white soldier.

His career in Hollywood was insane and his collaborations with Gene Wilder were hilarious. But he also freebasing cocaine and had a notable accident where he spilled 151-proof rum on himself, caught fire and ran down the street.

In his later years, he was afflicted with MS and died of a heart attack in 2005. 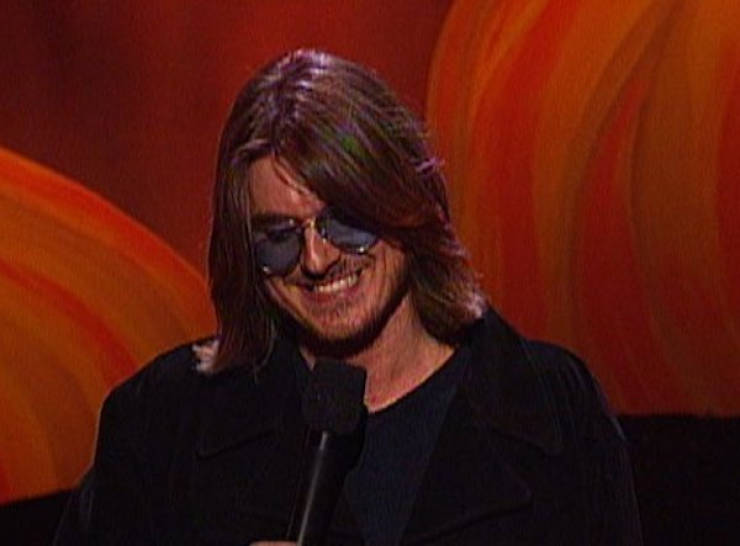 Hedberg was known for his deadpan delivery and surreal humor, and was genuinely one of the most intelligent and hilarious comics operating at the time.

He also suffered from stage fright, which lead to his iconic look and delivery. He was also a recreational drug user, with his most famous line being “I used to do drugs. I still do, but I used to, too.”

In an interview with Playboy he once admitted that his ideal way to go, would be to get famous, then OD. In 2005, he was found dead in a hotel room, due to an OD.

Belushi was one of the original 7 cast members of SNL when it started, and best friends with Dan Aykroyd. As a comedy legend, everything he touched was turned into side-splitting hilarity. And with Aykroyd, he also had the successful band The Blues Brothers.

But with that gift, came his addiction. He was fired and rehired so many times on SNL, and was considered a bit of a liability.

He was found dead in 1982, of an overdose, administered by his dealer. 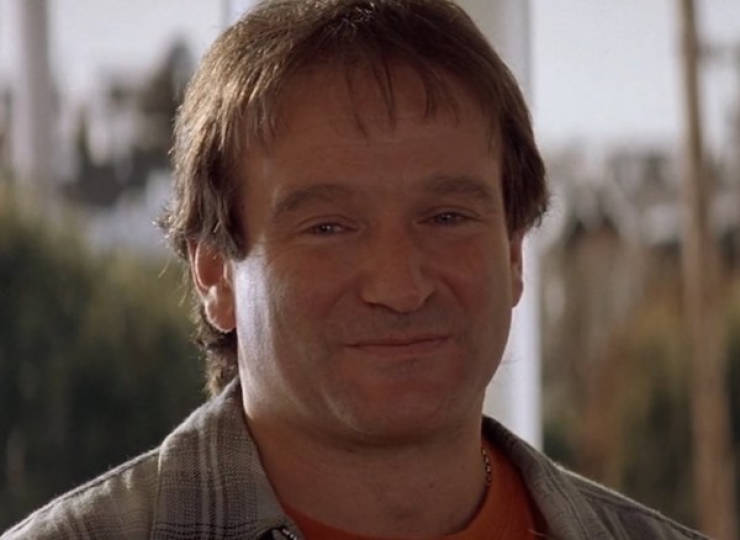 If there’s one comedian who deserves the title of “funniest comedian of all time,” it’s Williams. He was brilliant, physical and talented. He was also humble and down-to-earth.

He suffered from addiction for most of his career, and was actually using with John Belushi prior to his overdose. He got clean, but admitted too suffering from depression and anxiety for most of his life.

In 2014, he committed suicide by hanging, after being diagnosed with something called Lewy Body Dementia – an umbrella term for Parkinsons that includes severe depression, anxiety, paranoia and memory loss.

I can’t imagine what it’d be like to be the funniest man one earth one day, and start to lose it all the next.