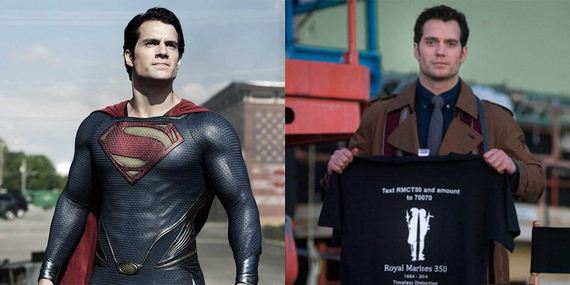 Henry Cavill
The newest Superman has recently become outspoken over his support of small charities such as the Royal Marines Charitable Trust Fund (which he helped raise nearly $25,000 for), and the Durrell Wildlife Charity. 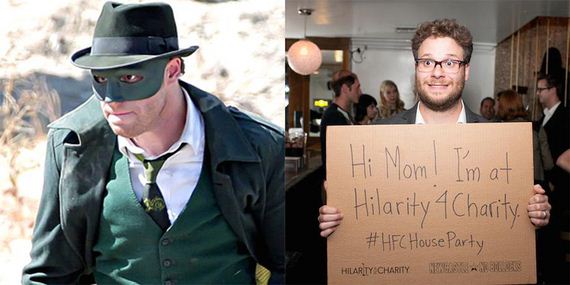 Seth Rogan
When he’s not writing the next stoner comedy or starring in a weird revival of a 1966 superhero television series (The Green Hornet), Seth Rogen is working to promote Hilarity For Charity, an organization he co-founded to “inspire change and raise awareness of Alzheimer’s disease among the millennial generation.” 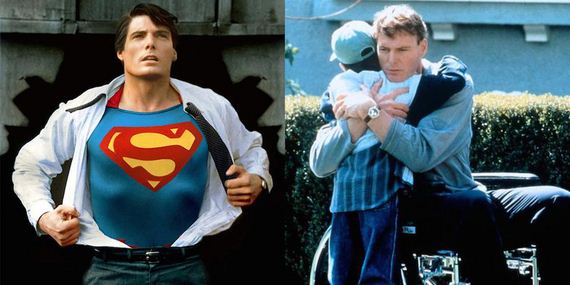 Christopher Reeve
The original Superman, Christopher Reeve was involved in an accident in 1995 that left him paralyzed from the neck-down. This life-changing event inspired Chris to launch one of the most successful foundations for spinal injury research in the world. Thought Reeve passed on nearly 10 years ago, his legacy and foundation live on.

Mark Ruffalo
Proving he has a heart bigger than the Hulks, Ruffalo has recently spearheaded one of the most successful celebrity fundraising pushes in history. He single-handedly raised over $182,000 for Water Defense, which is an organization whose mission is to preserve the world’s drinking water. 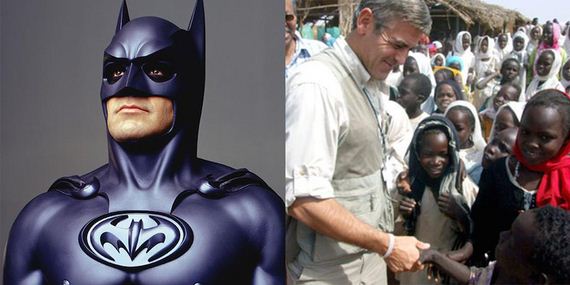 George Clooney
His time as Batman has long since passed, but George Clooney is one of the most charitable and active supporters of humanitarian causes. He’s donated to more than 35 charities, supported over 25 causes, and is the co-founder of Not On Our Watch, and organization aimed at ending all forms of mass atrocities worldwide.