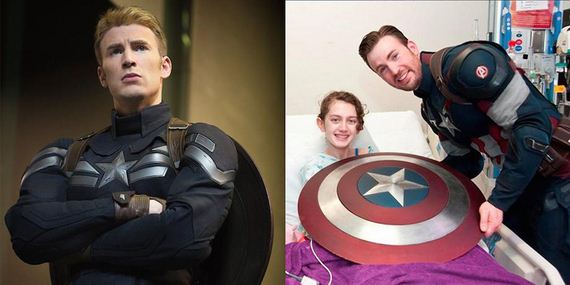 Chris Evans
Stand up guy and the other half of Hollywood’s most charitable bromance, Chris Evans is pretty outspoken about using his celebrity for good. His recent Superbowl bet with Chris Pratt resulted in the pair visiting hospitals in full costume, and raising $27,000 for their cause. 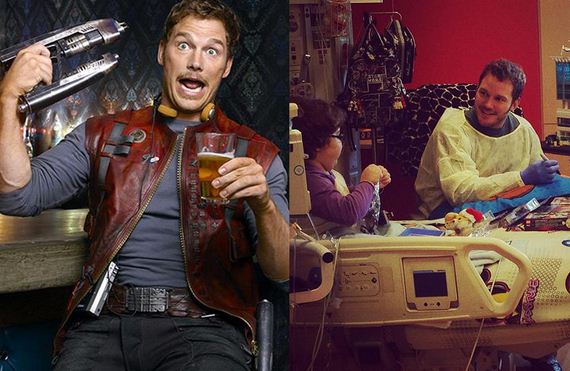 Chris Pratt
Just when you thought you couldn’t love him anymore, you find out that he’s a regular at Children’s Hospitals around the country, dressing up as Star Lord to surprise sick kids. Pratt also supports various charities including Malaria No More, March of Dimes and the Motion Picture and Television Fund Foundation 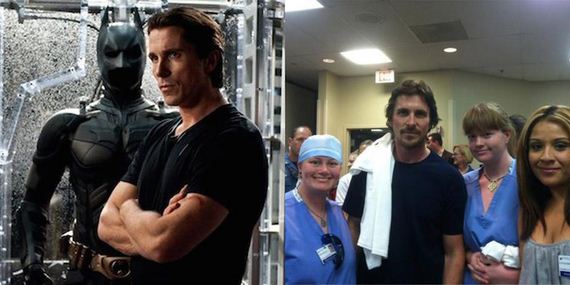 Christian Bale
When the Aurora, Colorado shootings took place during a premier of the final Batman film, Batman himself rushed to the aid of those that were injured. Bale spent the entire afternoon meeting everyone from victims, to doctors and responding officers, all while being very insistent that the media wasn’t notified of his presence. 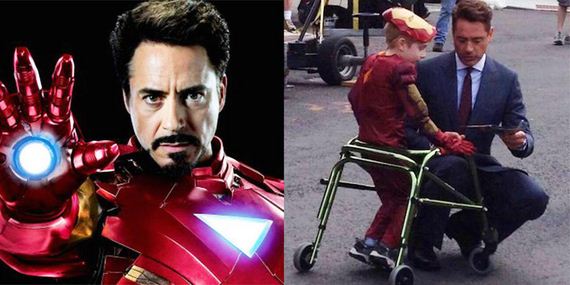 Robert Downey Jr.
Downey may star as both Iron Man and Sherlock Holmes, but he doesn’t let that get in the way of having a heart of gold. Downey regularly crops up on “Most Charitable AND Stylish” lists the world over, supporting at least 11 different charities for 12 different causes. Oh, and he recently personally delivered an Iron Man themed Bionic Arm to a little boy in need. 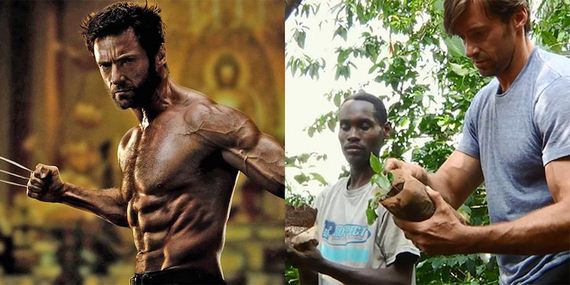 Hugh Jackman
More than just the Wolverine, Hugh Jackman is an avid supporter of giving to charities, and recently took to Twitter with $100,000 AUD to crowdsource how best to donate the money. Thereafter, Jackman visited Ethiopia, where he was inspired to co-found Laughing Man Worldwide, a company that sells gourmet coffee and tea and uses the revenue to give back to the global community. 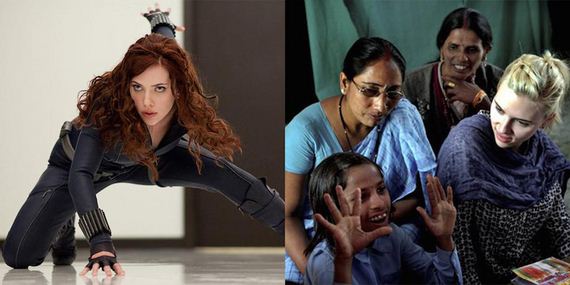 Scarlett Johansson
When she’s not kicking ass as Black Widow, Scarlett is working with any of the 28 charities she supports. Up until recently, she was also an 8-year veteran ambassador for Oxfam, a charity combating global poverty.