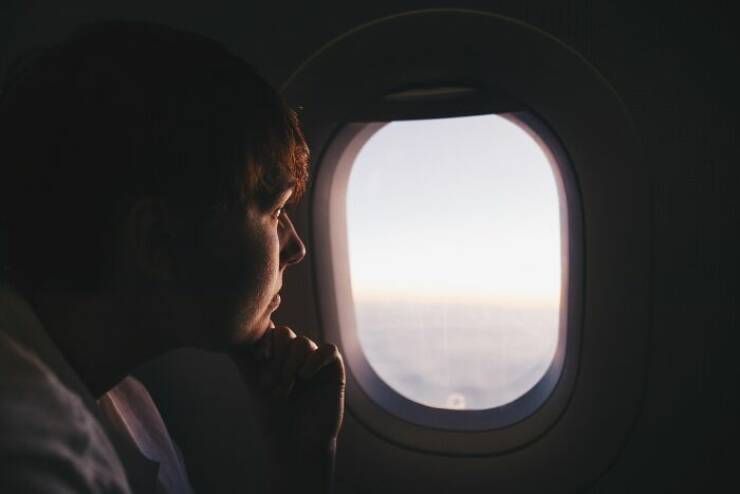 I’m in this job for about nine years now and worked for two mayor german airlines. Over the years I recognized that many passengers don’t know why they have to do the things we are telling them.

Why do I have to open the windowshades for takeoff and landing?

-because during the flight we (the FA) are inside the cabin almost the whole time and we are aware of what is happening outside. But during takeoff and landing we have to sit on our jumpseats and are not able to see whats going on outside. So, if for example an enginefire occurs, we are related to the passengers telling us.

Why do I have to fold away my traytable and have to bring my seat in an upright position?

Why are the FA’s dimming the cabinlight for takeoff and landing when it’s dark outside?

These are questions I hear almost every week. I hope I was able to lighten up some things for you guys.” 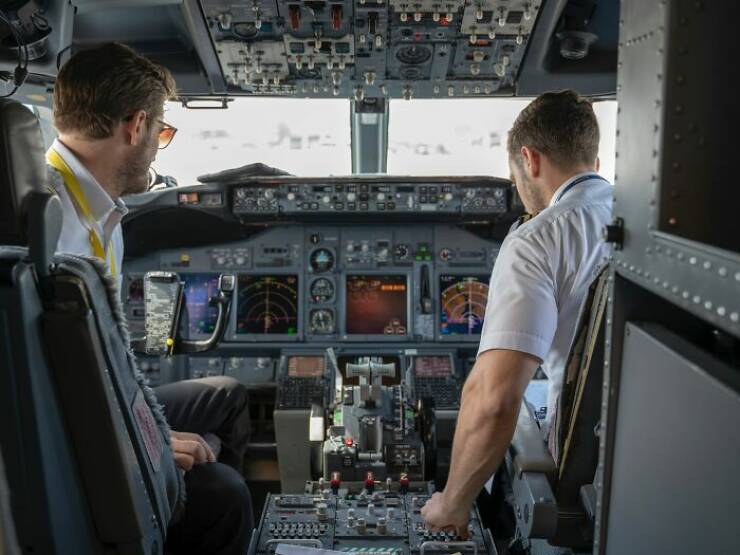 “I used to work with elderly people and one of my clients was a former pilot that finally quit when he realized in the middle of a flight his dementia had progressed and he couldn’t remember where he was supposed to be flying to. Meaning he had been flying for a commercial airline with dementia for quite some time before that.” 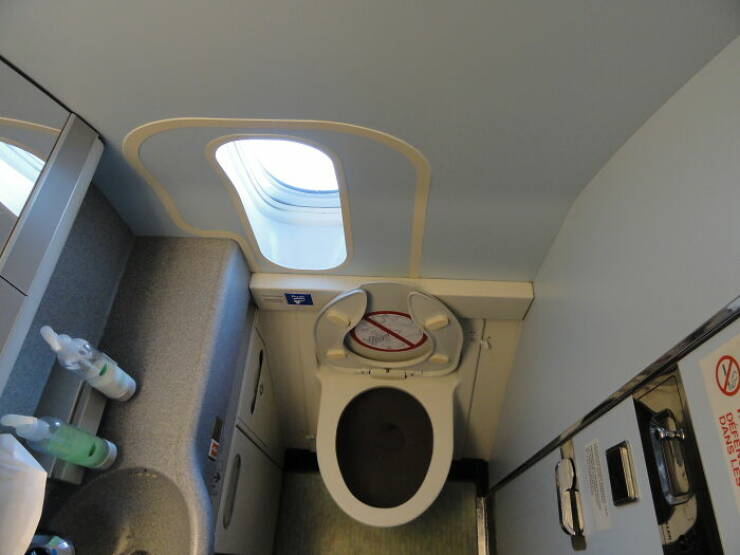 So many incidents occur on the plane that every day passengers don’t see or consider. My last flight an elderly man accidentally sh#t on the floor, stepped in it, and walked on like it was nothing. DO NOT WALK AROUND BAREFOOT. Pee and poop happens, all over. I feel like I witness an “accident” regularly; in their seat or in the lav. People get nose bleeds, or their wounds open. Obviously when we land, it is thoroughly cleaned. But inflight our resources are limited.

DON’T CHANGE YOUR BABY’S DIAPER ON THE TRAY TABLE. This also happens all the time. It’s unsanitary and people use the tray table to eat, put their personal things on, etc. 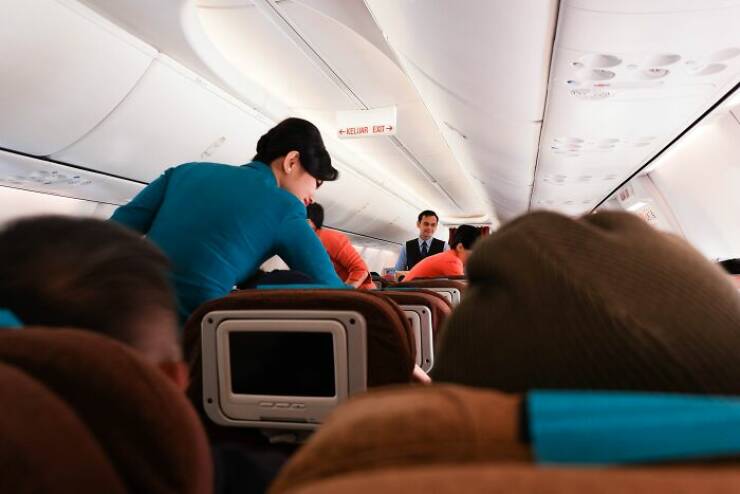 “If you p**s off the cabin crew they will fart on you. The pressure on aircraft makes you naturally gassy and it’s easy to puff one off in the face of an annoying git while bending down to speak to someone on the opposite side of the aisle.” 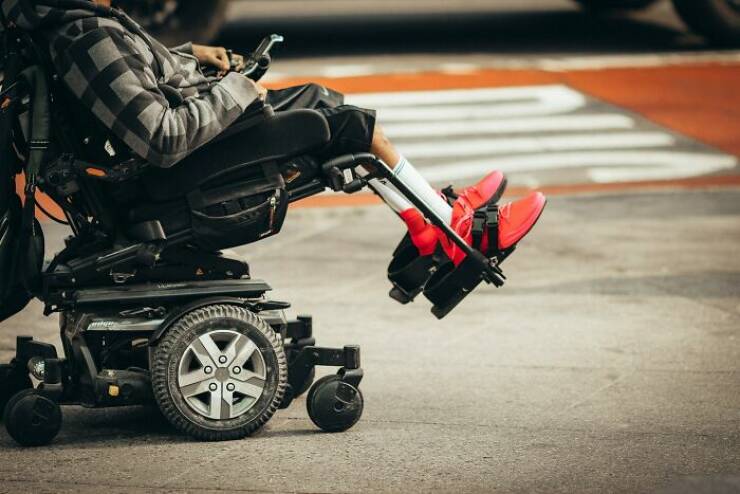 “My late mom was a Delta “stewardess” for 33 years. She used to tell awesome PG stories, and I’m sure she had a hundred more that were unfit for my innocent ears. Like any kid, I never really paid attention, but most of the ones I remember were about famous and / or drunk people. Or famous drunk people.

One common story was about the Delta miracles. Passengers in wheelchairs would board the plane before everyone else, but they had to wait for everyone else to disembark before they could get rolled out. It is apparently common for people to be “healed” during mid flight and no longer need assistance when they reach their destination. “ 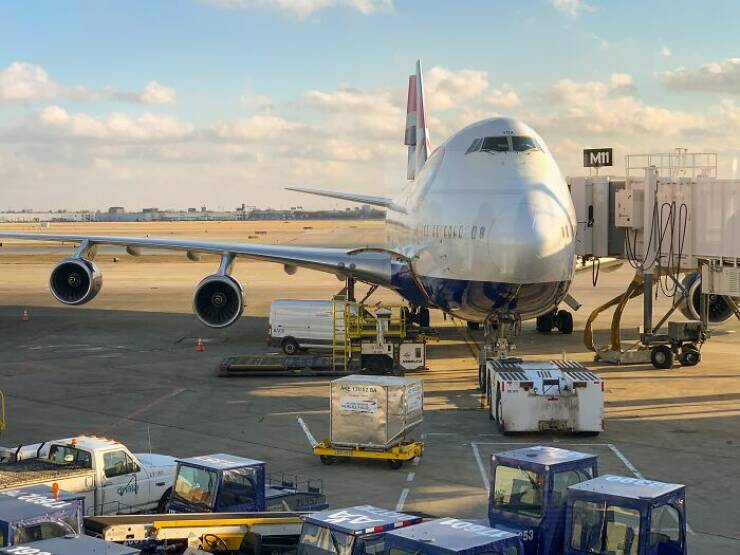 “I’m not a flight attendant but I work the ramp. To elaborate on the body parts we send full bodies on planes alot. Some in caskets some not. Twice in the 7 years I’ve been doing this has “fluid” leaked out of the boxes the bodies are in and got all over the luggage.” 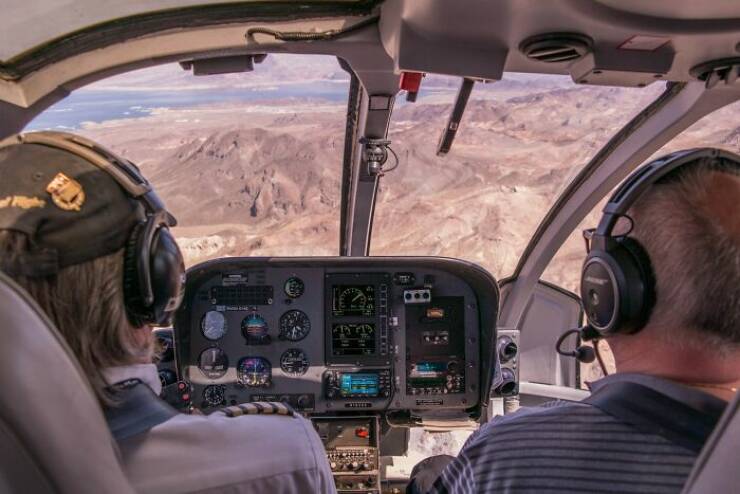 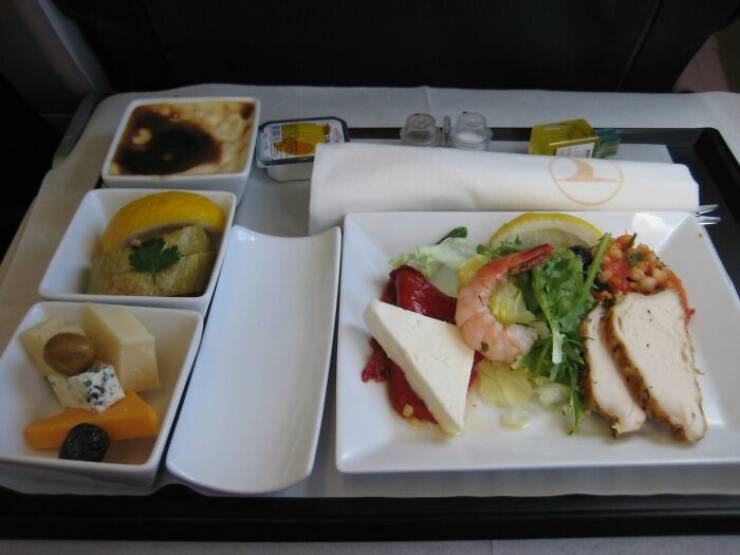 “Tray tables are rarely if ever sanitized do not put food directly on them.” 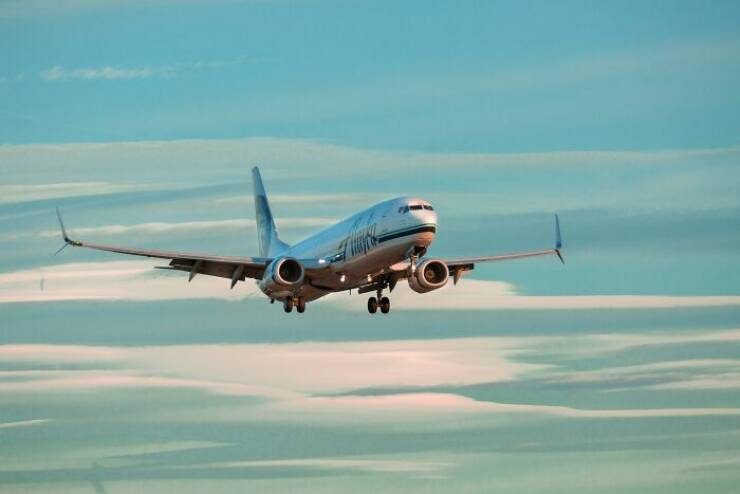 “Airplanes fly “broken” more often than not… Dated a chick who was a FA and had a brother that was a flight mechanic at Sky Harbor, in Phoenix. They told some crazy stories about planes that flew with stuff that may or may not have been functioning properly. The duct tape game is strong.” 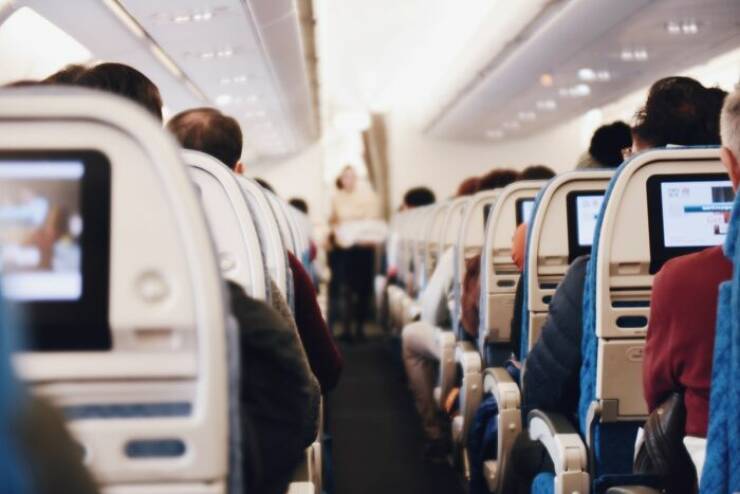 “As a former aviation journalist I can tell you a few things:

If a meal service is on offer go for the kosher option, so you know it was prepared that day.” 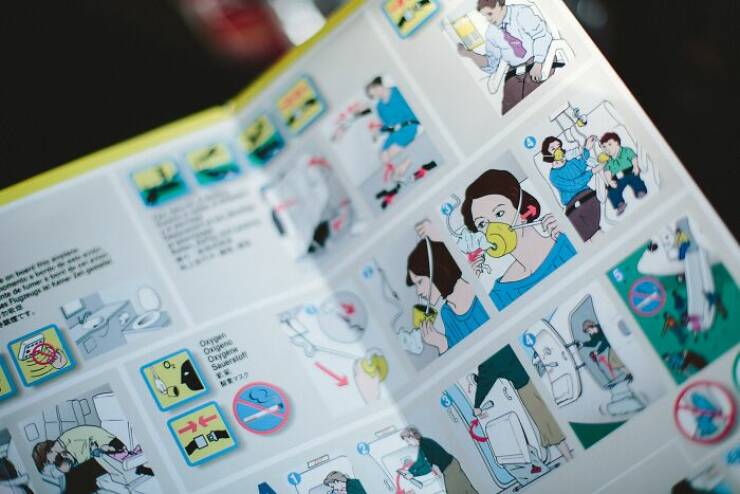 “A flight attendant told me that in the event of a situation where passengers have to cover their heads you do not ‘lock’ your fingers over head but place one hand on top of the other. If something falls on your hand/head, you’ll still have one good hand to use.” 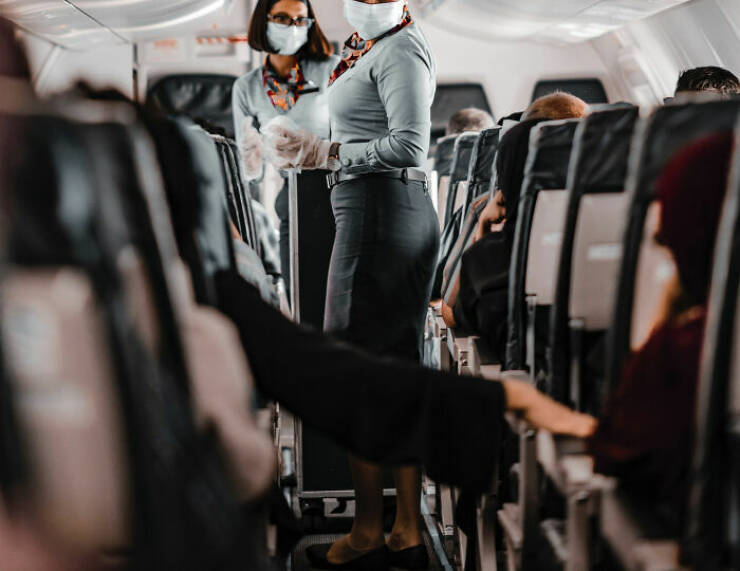 “There are sometimes body parts in the storage area near your luggage ( when they are flying transplants for hospitals). Also your pets are In the same area as well.” 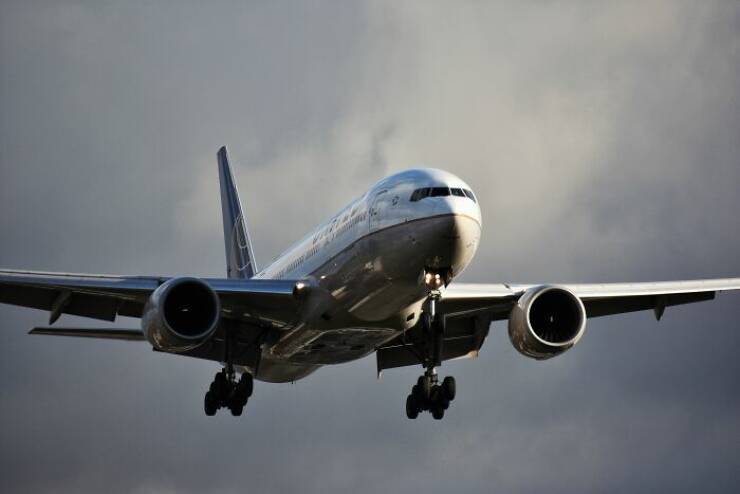 “If I tell the pilot ” I don’t feel safe with passenger in seat 35A” you can and most likely will be removed from the plane. So think twice before acting like a complete utter jack@$$ on the plane. Standard jack@$$ behavior is usually tolerated” 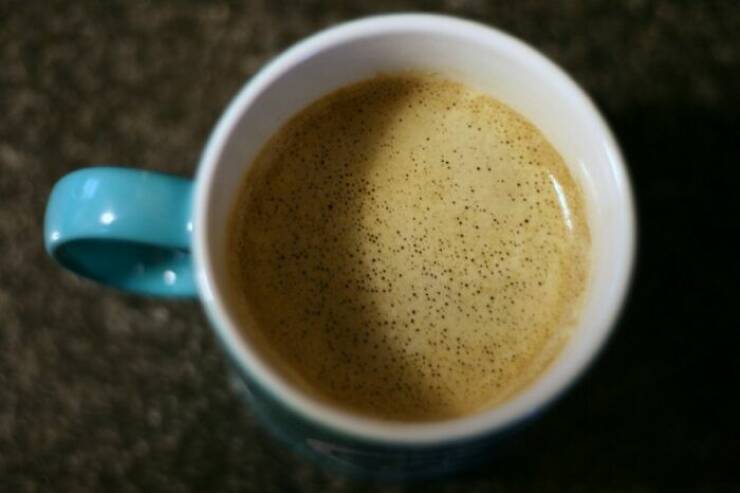 First, I wouldn’t recommend drinking coffee or hot tea from the plane. It’s made with the potable water and those tanks are rarely cleaned out. None of the crew usually drink it. I had a passenger on one of my flights fill his water bottle up using the sink in the lavatory and I stressed to him that it wasn’t a good idea but he didn’t care lol

Second, we aren’t paid till the main cabin door closes so we are ready to leave just as fast as you are. When there are delays, b#tching at the cabin crew isn’t going to help anything! We are waiting around just like you and wanting to get back to our families as well.

Third, smoking your e-cig in the lav will set off the detector!

Fourth, bringing a bag of candy or treat to thank the flight crew will most likely get you free drinks or a seat upgrade, I always hook people up lol” 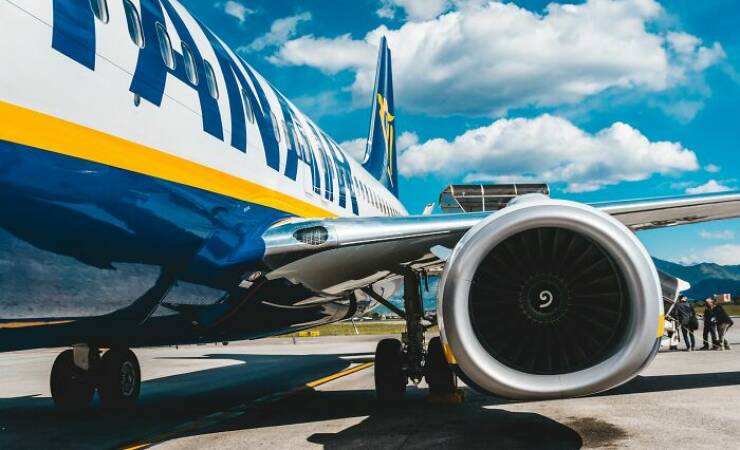 “An airplane can fly with one engine, and if an engine catches on fire, they have the means of extinguishing it while in air.” 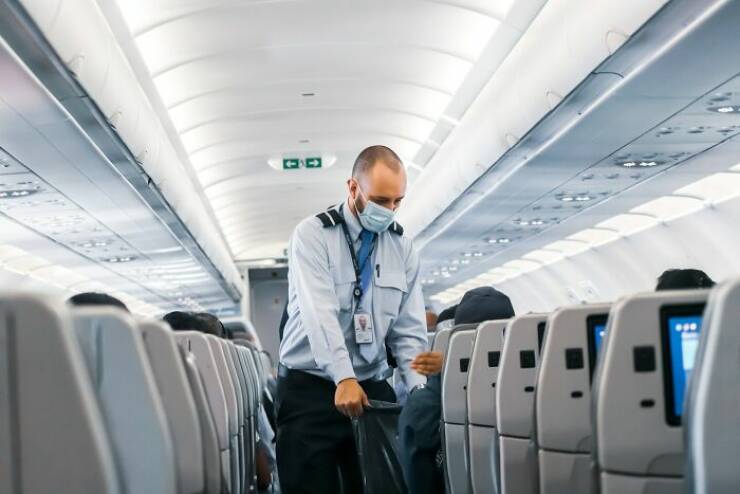 “Most U.S. based domestic F.A.’s are only paid from the time the doors close and the plane pushes off until the plane lands and the doors open. So if it takes 45 minutes to get everyone on board and seated…no pay” 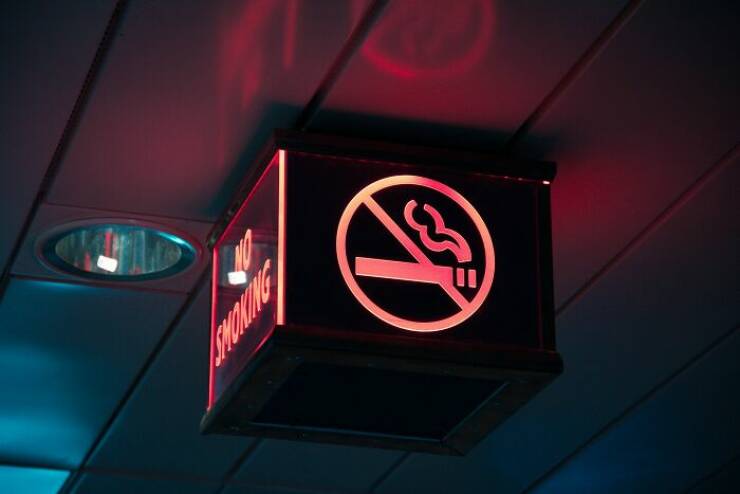 “Flight attendant for a European airline for the past six years here. I’m late to the party but I’ll still chime in.

Lots of passengers panic when the flight is delayed for technical reasons or when they see the maintenance guys board the aircraft. There’s really no need to be! That just means that we’re aware of a problem and won’t budge until it has been resolved. Much better to be aware of a problem on ground than at 36000 feet! The pilots do thorough pre-flight checks to make sure that everything is ok, and the engineers check the aircraft at the end of the day. Flying is safer now than it ever has been, no need to worry!

Yes smoking really is an issue on board, please *please* don’t do it. We’re all trained in firefighting but it’s still extremely dangerous to do so on board. Vaping on the other hand is completely harmless but forbidden anyway, purely because it may entice other passengers to light up real cigs. The only real problem with e-cigs are the lithium batteries.

Many passengers see us as glorified waitresses and waiters, and to be honest we are for 70% of the trip. But we are also highly trained professionals who are able to deal with any situation on board.

There are @$$holes on almost every flight, for sure but they are outnumbered massively by nice people (depending on the destination – stereotypes exist for a reason). A simple smile and politeness will get you a long way with most crew!” 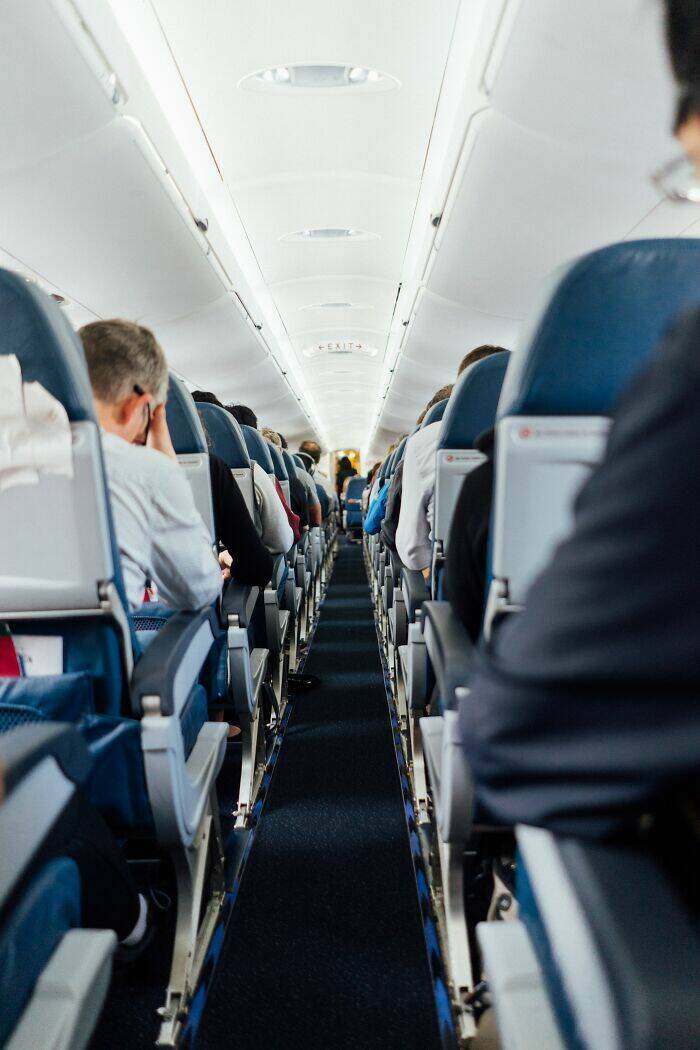 “Dated a former Air Hostess, the story that got me was when an old woman died on the plane, just fell asleep on the long-haul overnight flight back from JFK to Manchester and never woke up.

Essentially they wrapped her in spare blankets and secured extra seat belts around her to keep her in place… Nobody further down the plane knew a thing until they got asked to wait in their seats while an ambulance crew took the body off before they could disembark.

TL:DR – Passengers might *not* know someone died on the flight and is still in their seat!” 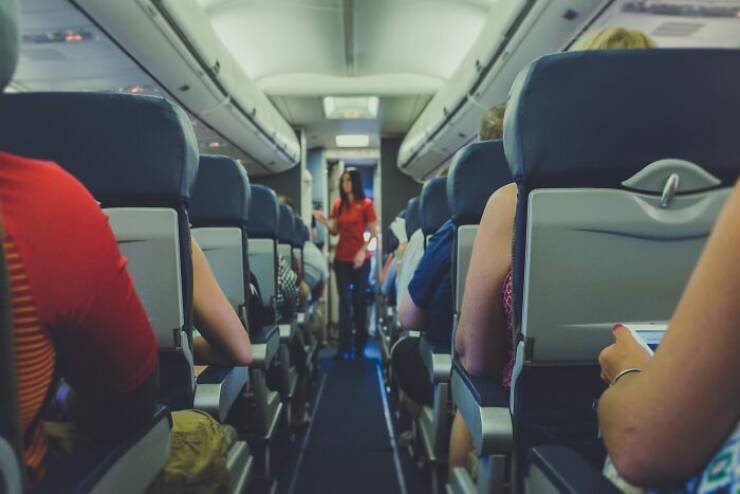 “Just started at an airline;

* There isn’t as much CCTV as you may think

* We can often be working 6 days in a row on minimum rest, treat us nicely please

* We have to ask the captain to remove you from the flight if you’re being an @$$hole. They will say yes.

* Even on the smaller aircraft, crew will find a place to sleep.

* Someone has probably thrown up on the floor by your seat.” 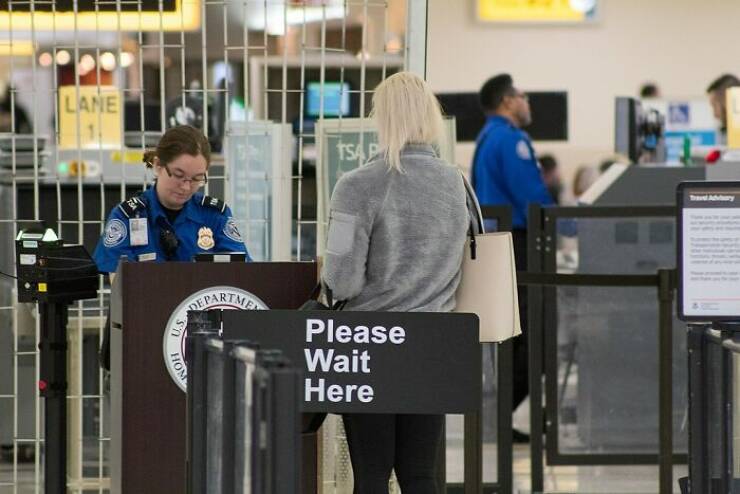 “Im flight coordinator, a lot of people dont realize, that when they make jokes like “I know this plane will crash” or “security check failed to spot bomb in my backpack” during boarding, it MUST be reported to guards which will have a little talk with them.” 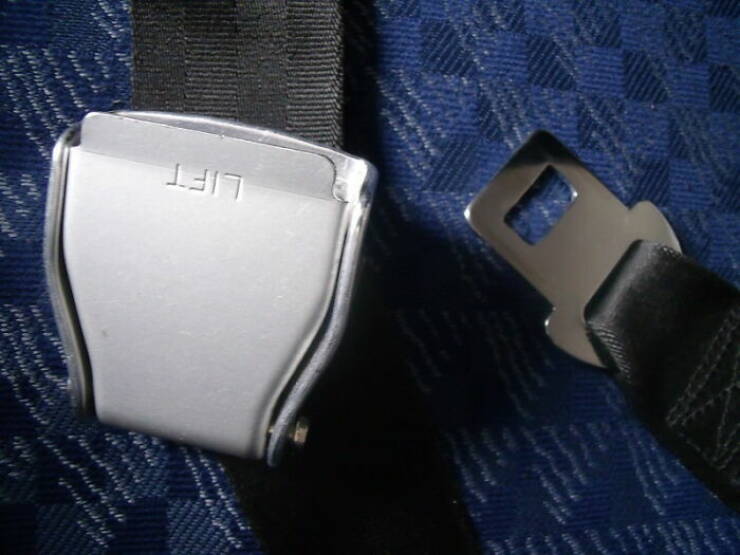 “- Never saw a seatbelt get changed out or washed either – even after they were puked on, pissed on, etc.

– NONE of the flight attendants have sex in the lavatories or anywhere else on the plane in our downtime. This was a question I got asked constantly – but yeah, no. We see how truly disgusting those planes are and we have to go into those lavs and see the diarrhea on the walls, p**s on the floor, etc.

– Along with the “sexy” flight attendant myth – lol. I have never felt more disgusting than when I was a flight attendant. I was constantly bloated from the air pressure, or doubled over with gas pain from holding in my farts. My feet smelled like hell, along with my shoes. I sometimes couldn’t properly wash my uniform or tights on long trips. I avoided the lavatories because they were disgusting so god knows what my (required) makeup looked like half of the time.

– When the seatbelt sign is on, stay in your seat, or at least try to. I know there are emergencies with having to pee and all that, but the most likely situation where you will get hurt on a plane is turbulence.” 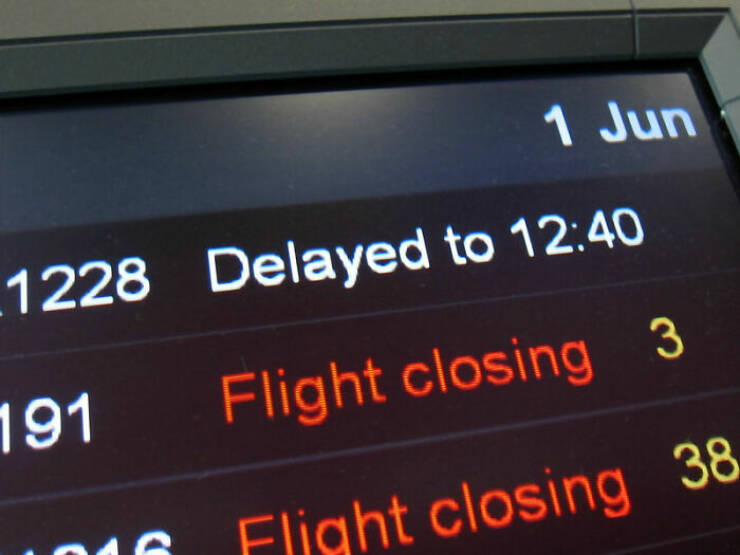 “I dated a flight attendant for a while. One thing I haven’t seen mentioned is that sometimes delays are caused by Flight attendants not showing up and the airline scrambling to get a back-up scheduled. Like a flight attendant was partying too hard last night and decided to call off 2 hours before that $1500 cross ocean flight you just popped on.

She loved to party as did a lot of her coworkers and were often hungover or “out of it” on flights. Even though pay was sh#t, their union made it very hard to get fired so call-offs were kind of no-big-deal.” 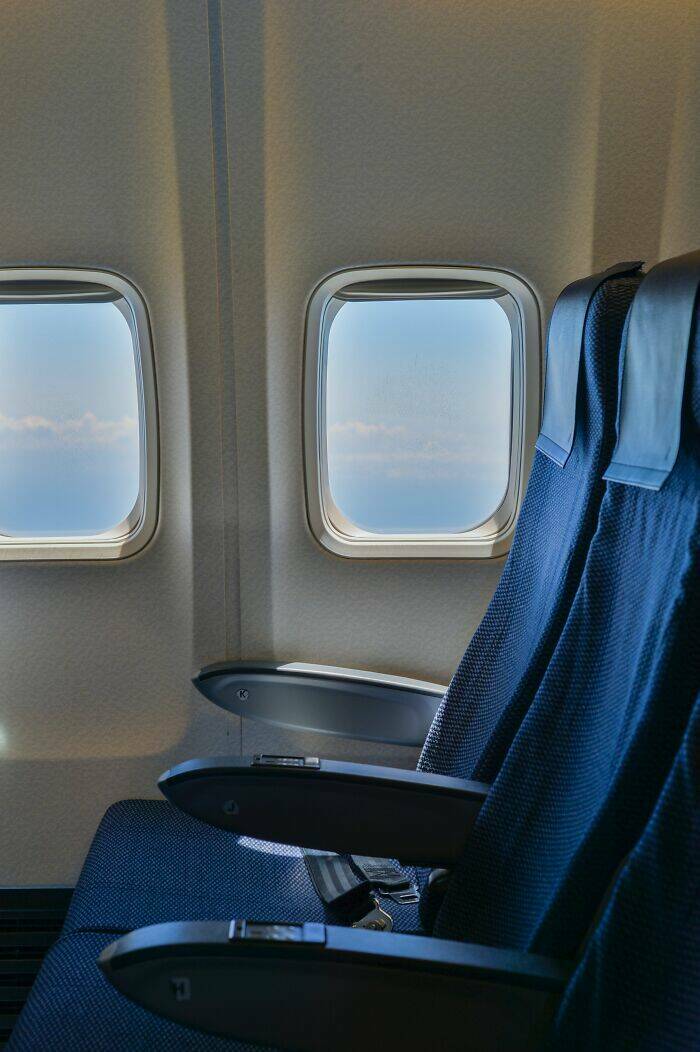 “Not a flight attendant but…

You can lock and unlock a lavatory door from the outside. The switch is under the metal plate next to the occupied sign.”