26 Nightmare Homes That Will Give You The Creeps 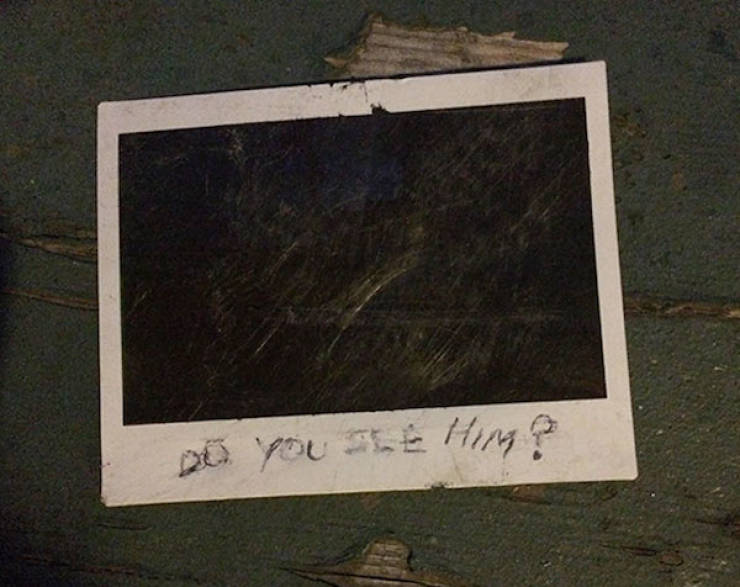 “Found this in the attic of my vacation home.” 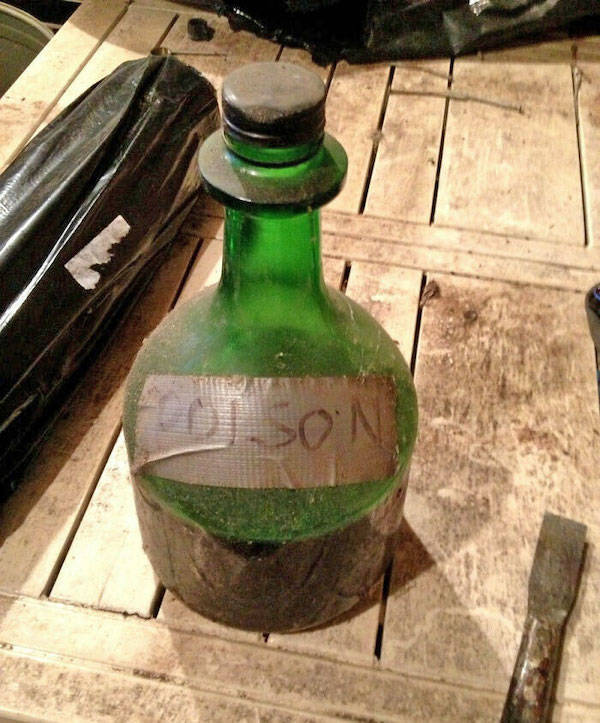 “Found this bottle in the basement of my new house. Wonder what’s in it.” 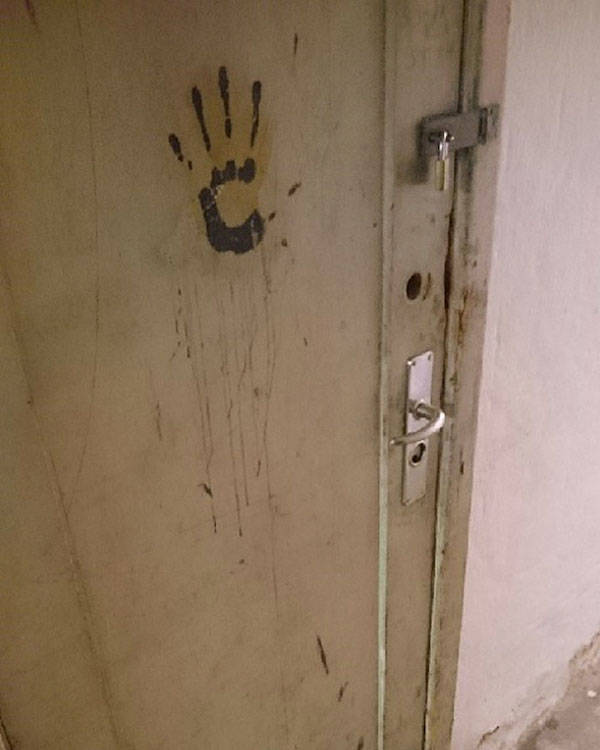 “Just moved in to a new apartment. Found this in the basement.” 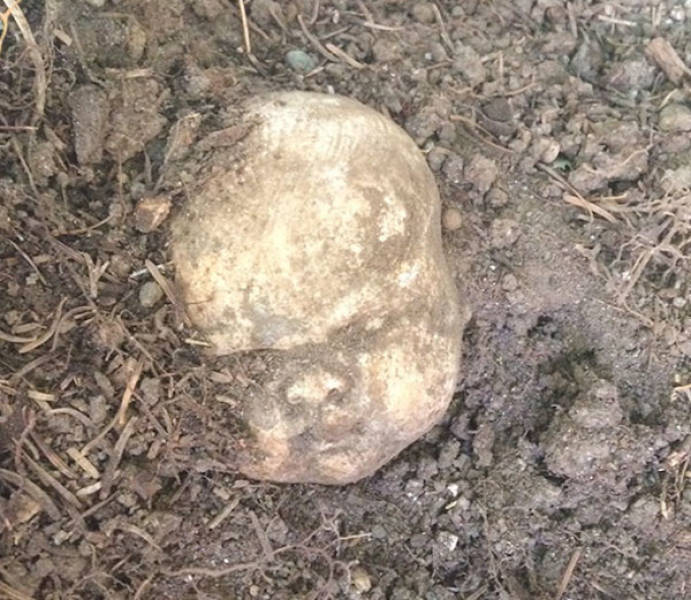 “Found seven of these concrete “sculptures” in the garden of the house we just bought.” 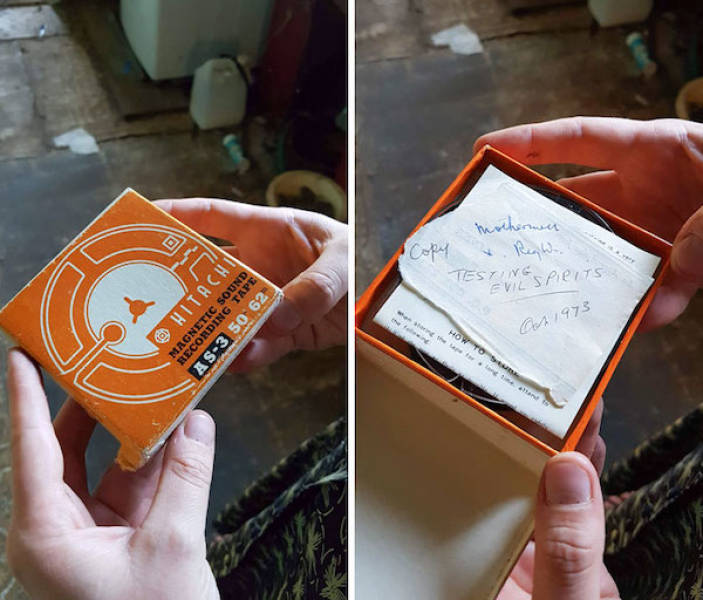 “Found this old tape in the deceased estate house we just bought. The handwritten note inside saying ‘testing evil spirits, 1973’.” 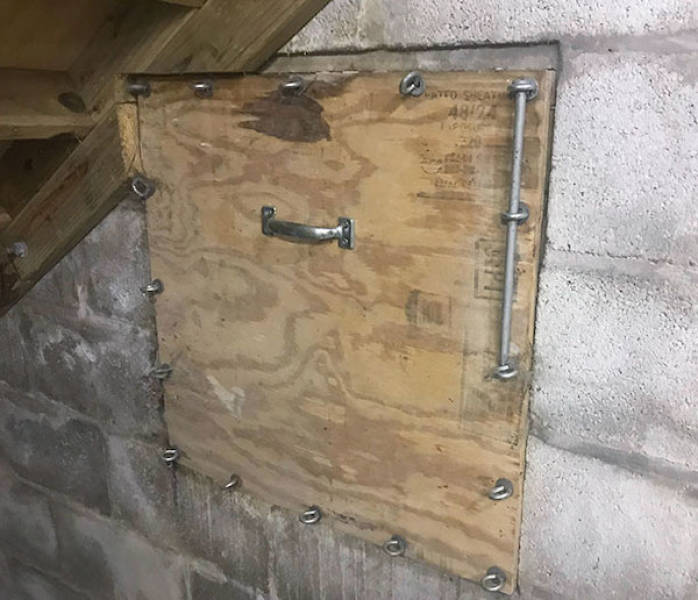 “Just bought a house. Found this in the basement. Sealed tight.” 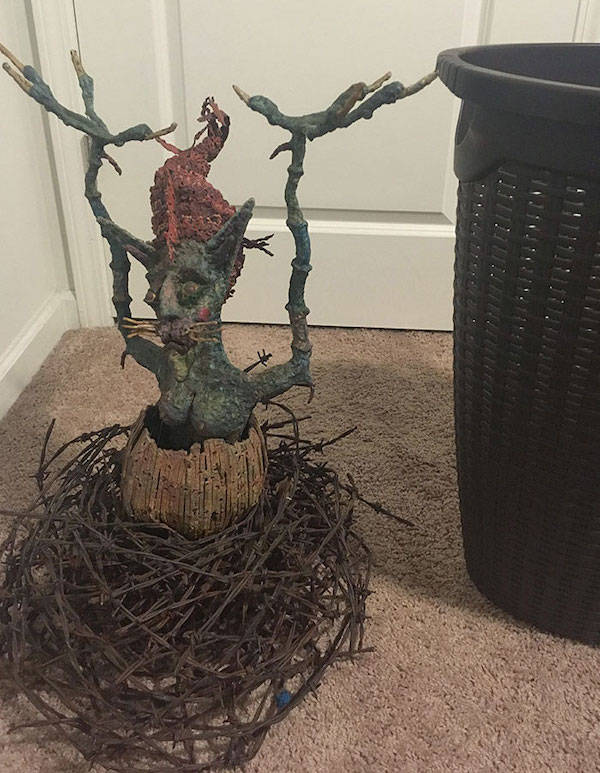 “Helped my friend move. Found this in his new old creepy shed. Said I could have it.” 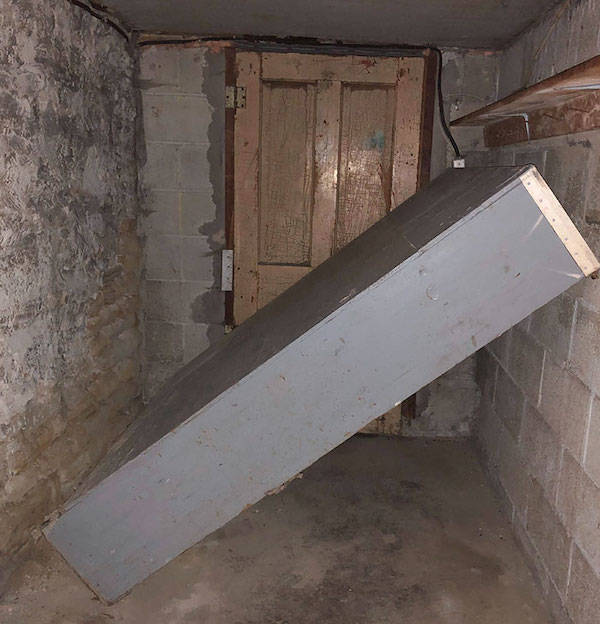 “Previous owner of new house blocked this hidden basement room off with a shelf (door does not lead outside).” 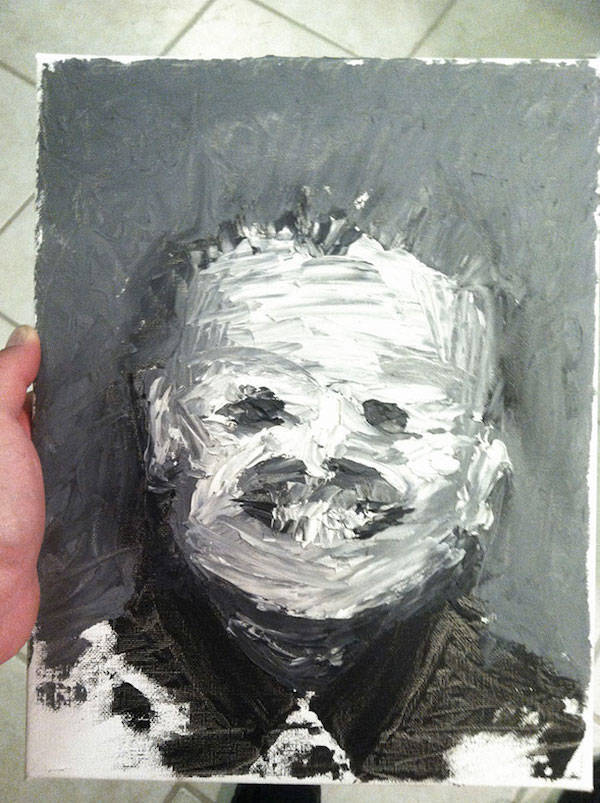 “I found this painting tucked away behind the washer/dryer in the laundry room of my new house.” 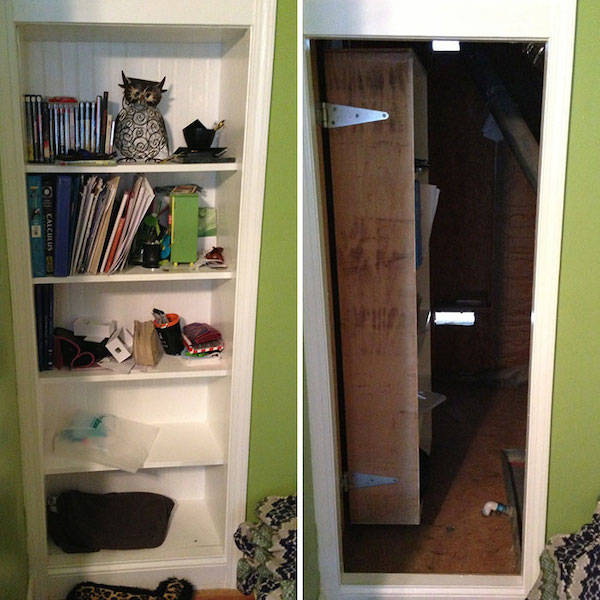 “Found this secret door in my room today.” 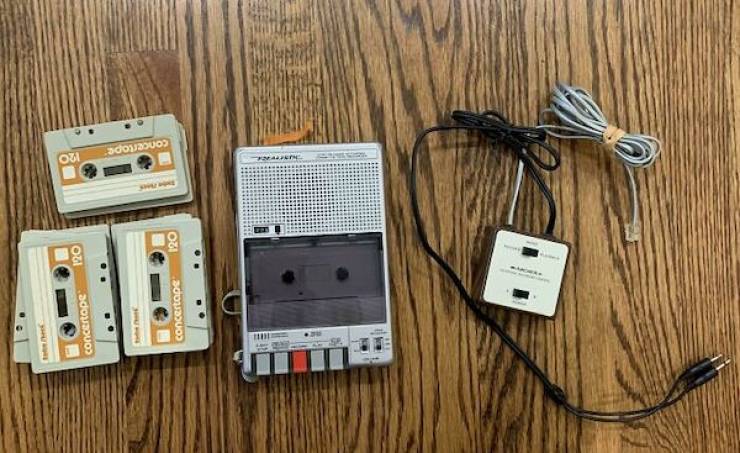 “Today we found all of this stuff in an old power box in my house—it turns out the previous owner tapped the phone line to listen to his wife’s calls.

All of the cassettes are filled with phone conversations called from my houses landline ~20 years ago.” 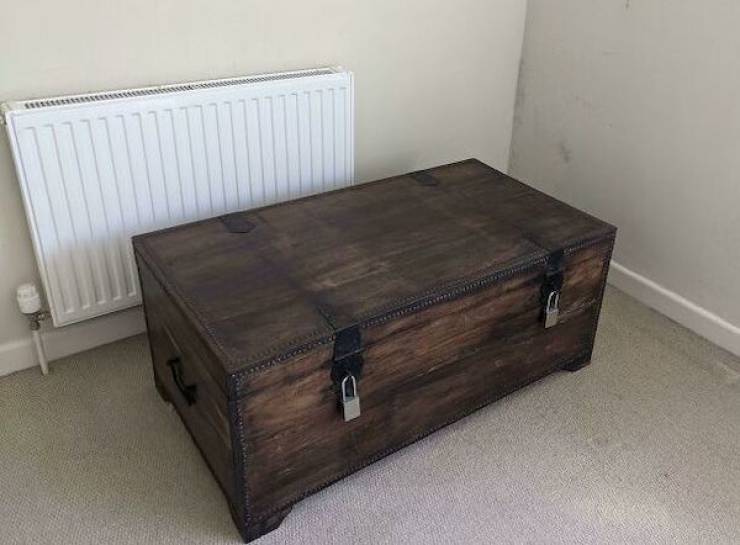 What would be so important to padlock but useless enough to leave in a vacant house?” 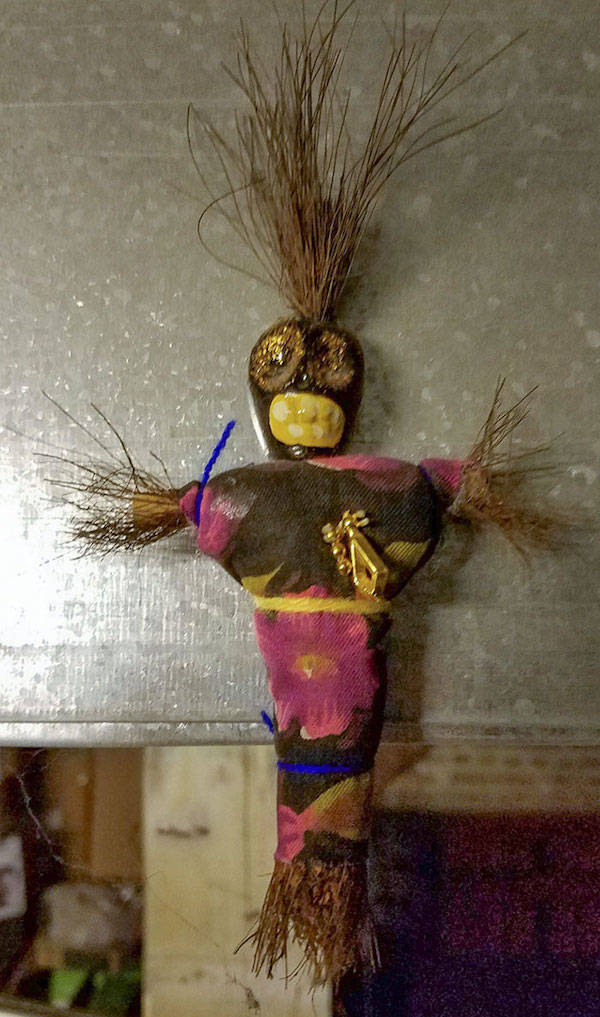 “This was hanging in my basement when we moved in.” 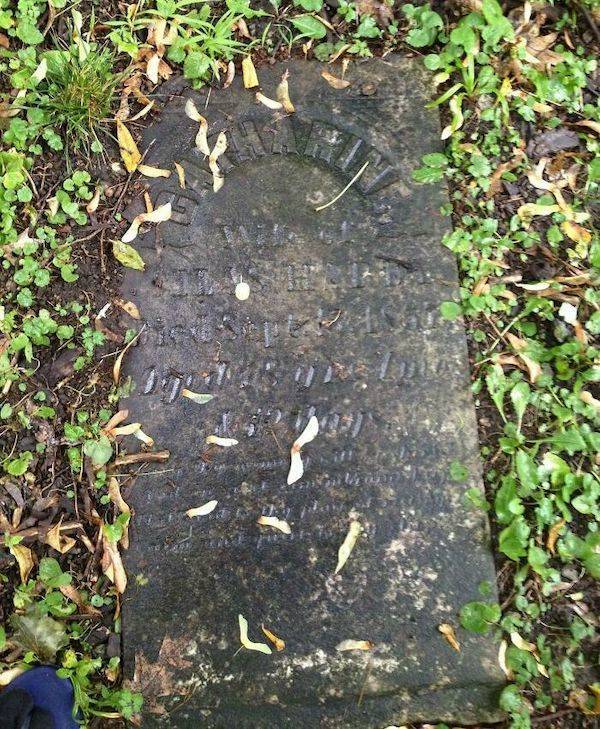 “Just moved into my new house, found this in the backyard.” 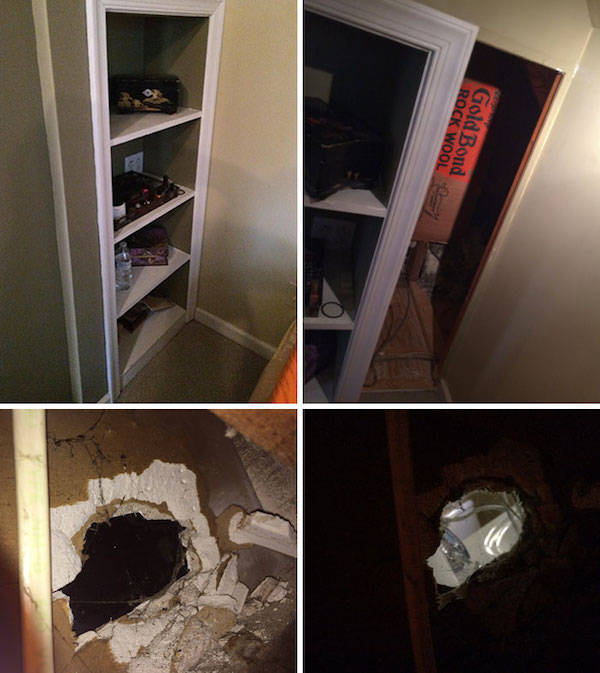 “My mom’s new house has a secret room.” 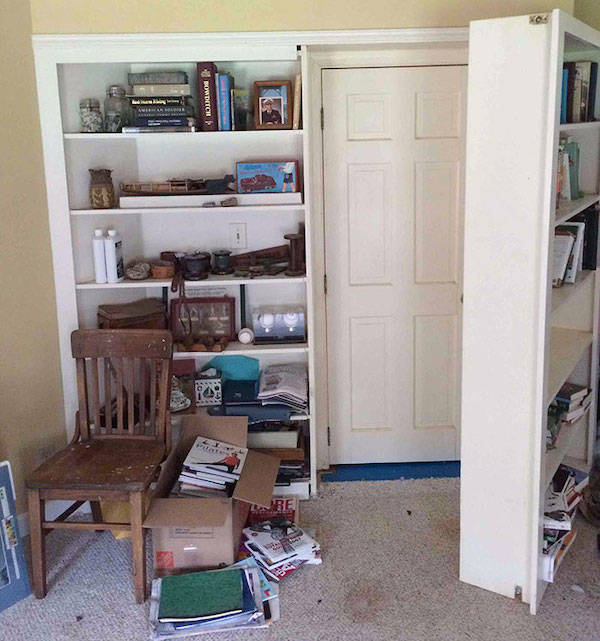 “Found a second secret door at the house we just bought” 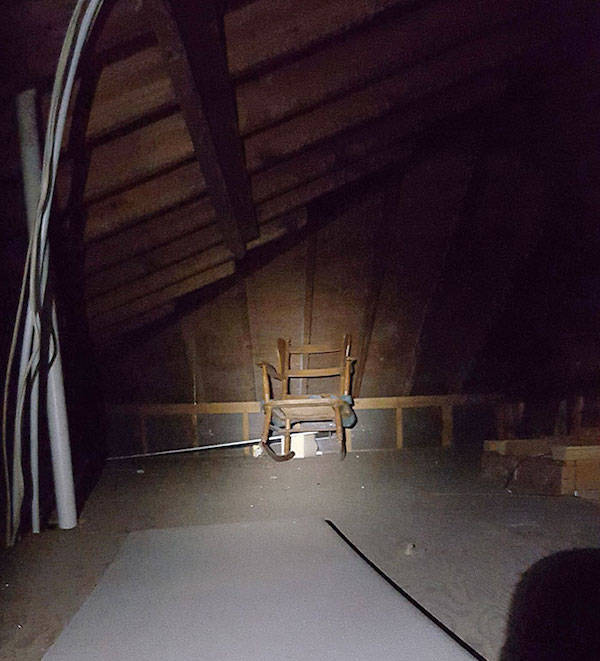 “Had to go to the attic to check for moisture in a house I’m renting. This is the only thing stored there and it sits directly above my bed.” 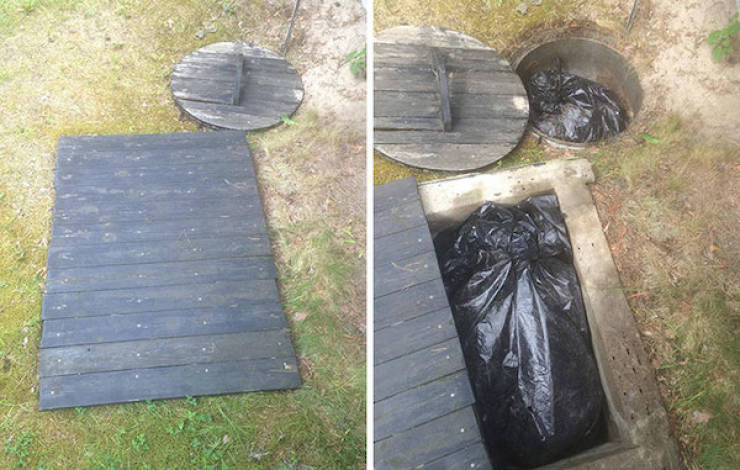 “Renting a house for the summer. Just found this in the backyard. Do I dare?” 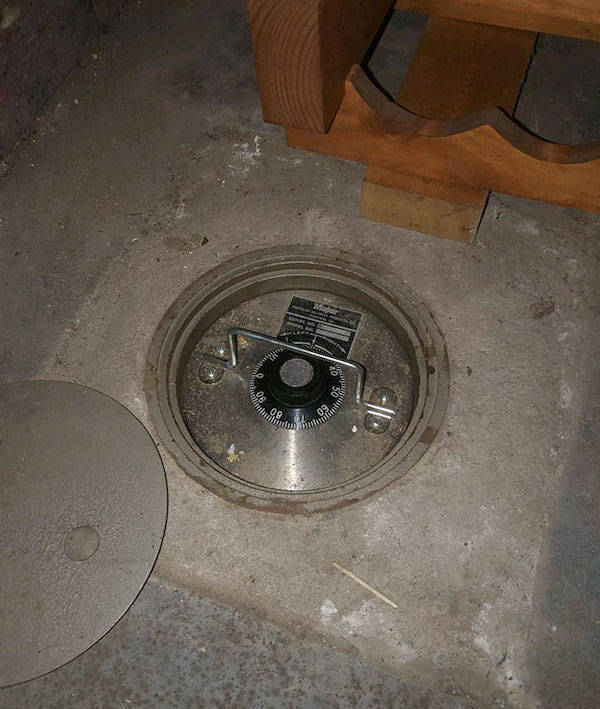 “My sis and BIL moved into a new house today, found this safe in the floor and can’t open it. Yet.” 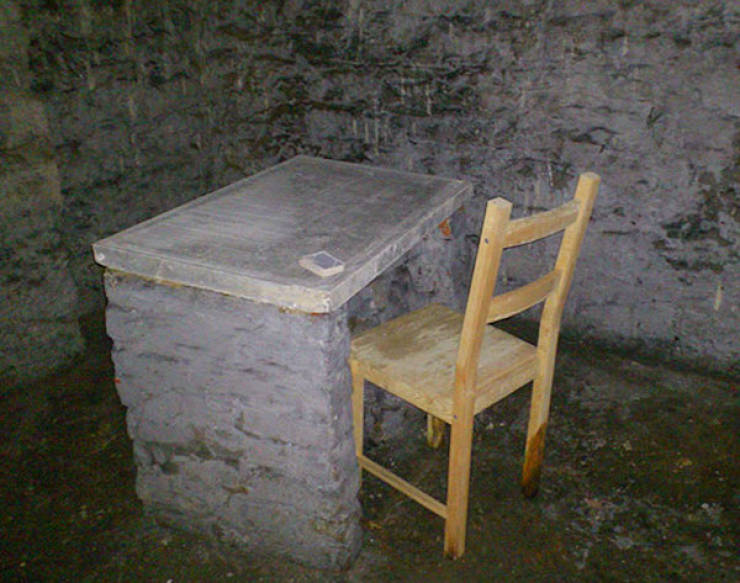 “So, we found this in the basement of our new house.” 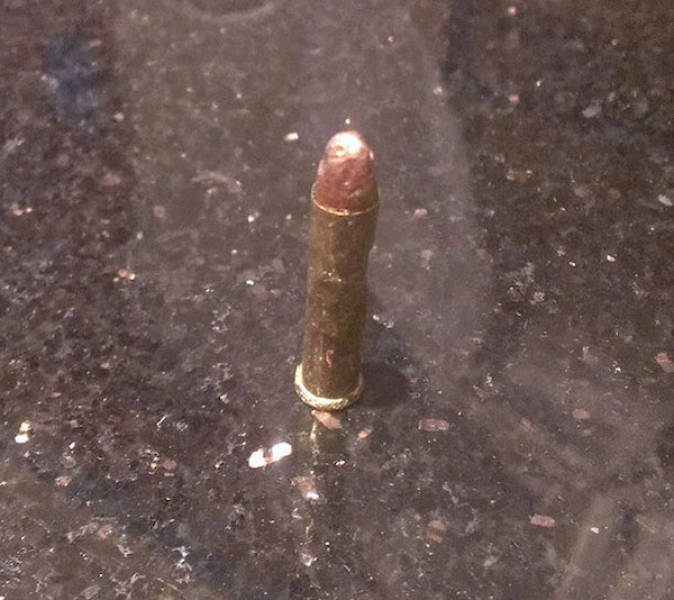 “Just bought a house and was re-checking appliances. The food disposer was making grinding noises so I looked inside and found this.” 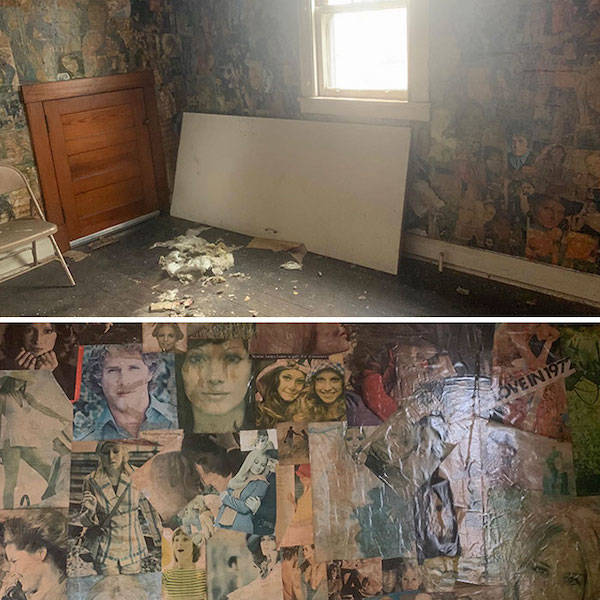 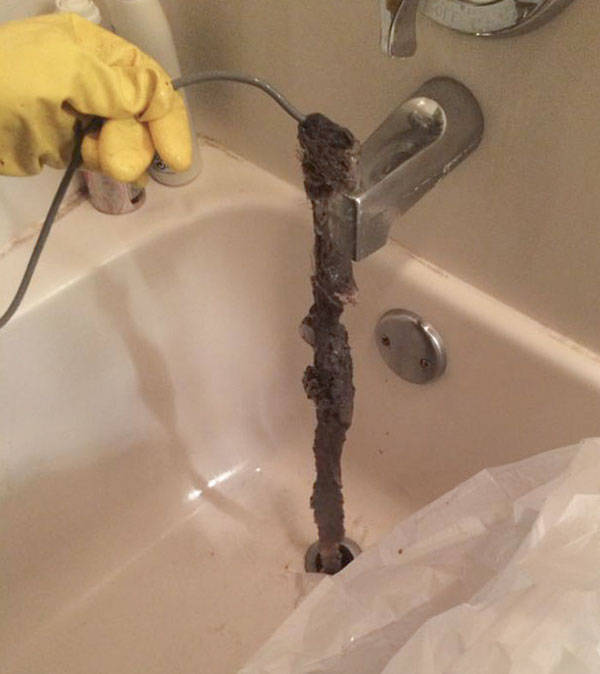 “Just moved into a new apartment and had issues with the shower draining.” 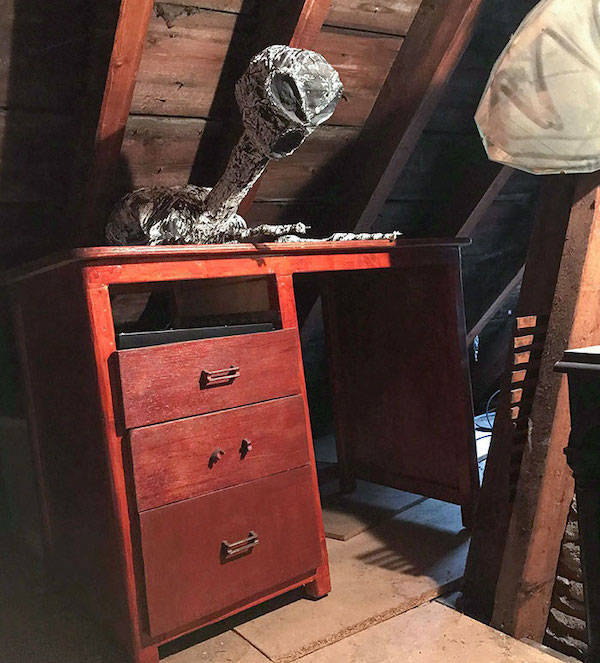 “Moved into a new flat today and this f@#ker was in the attic.”

“Found some old photos of the 100 yr old house that I just bought. Saw something creepy in one of the windows” 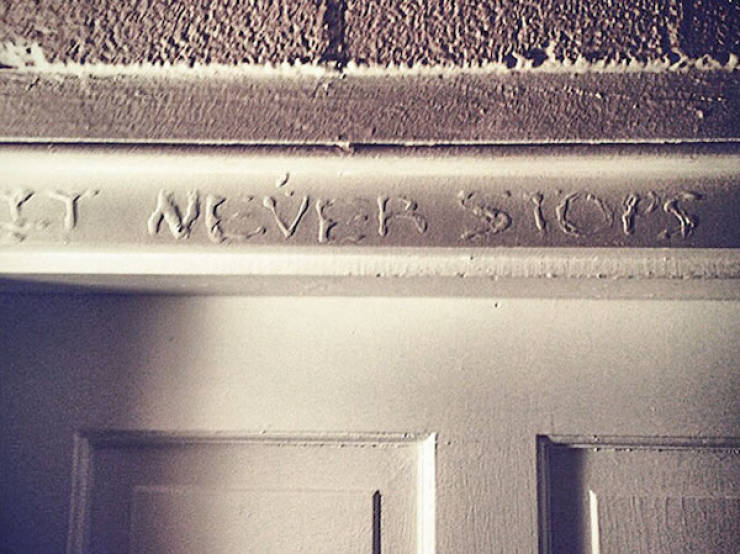 “Boyfriend and I move into house and discover this engraved above his bedroom door. “It Never Stops.””