Did You Spot These Cartoon Easter Eggs? 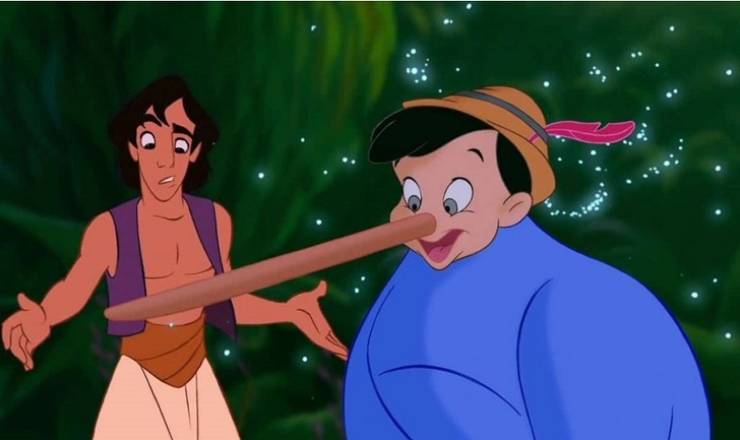 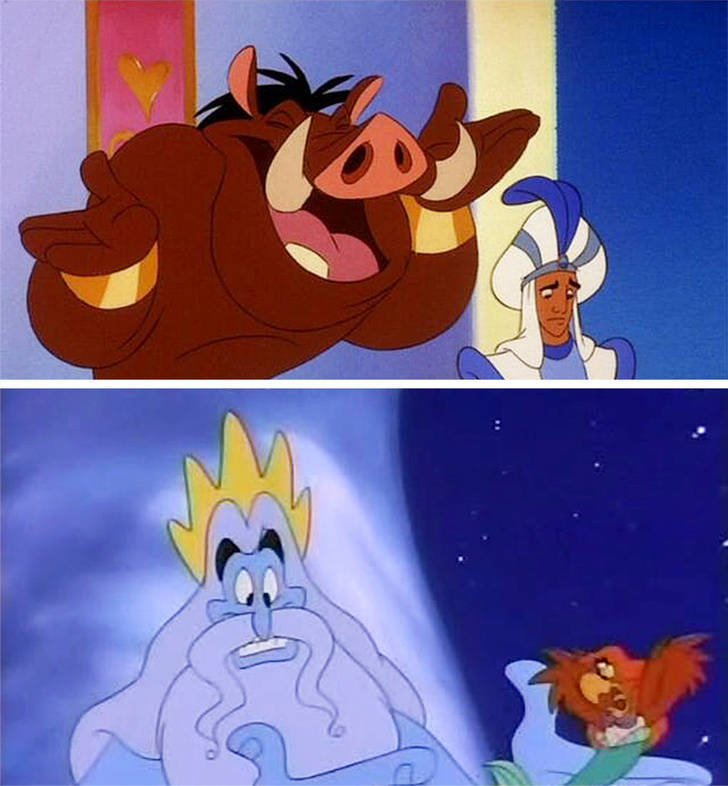 We all know that Aladdin had a magic genie that could turn into anyone. And thanks to him, Pinocchio, Pumbaa, and King Triton were all able to appear in this cartoon. 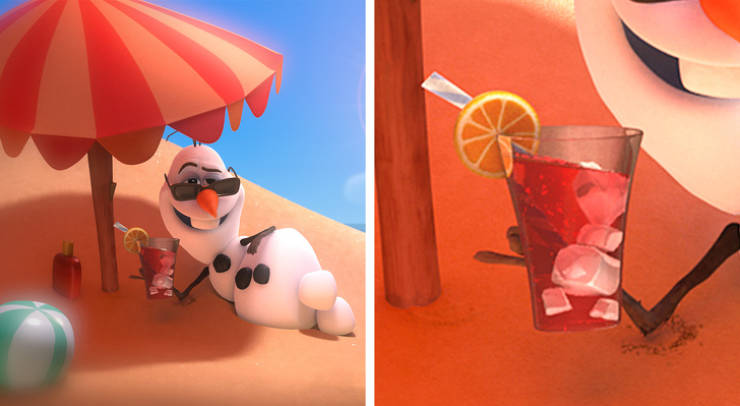 Take a closer look at the ice in Olaf’s glass. Do you see it? Yes, the ice completely mimics the shape of his body. 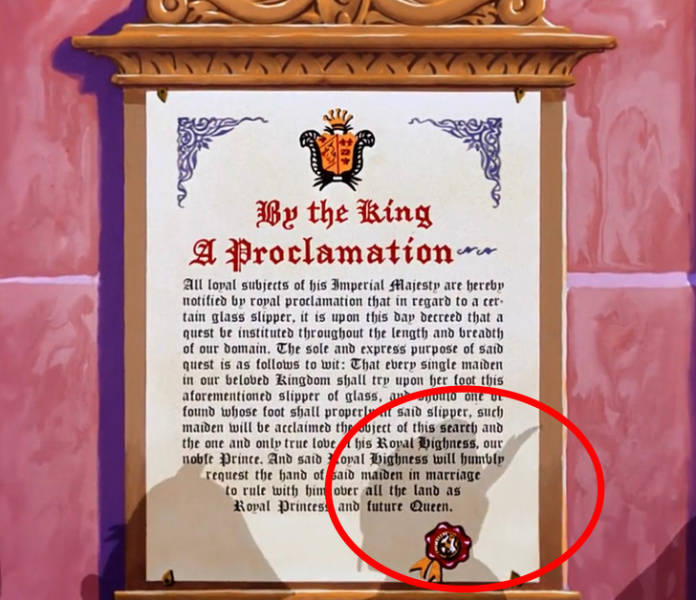 A royal proclamation looks like nothing special. But if you peer into the shadow at the bottom, you can recognize the silhouette of Peter Pan. He was likely just passing by and decided to read about the latest news of the kingdom. 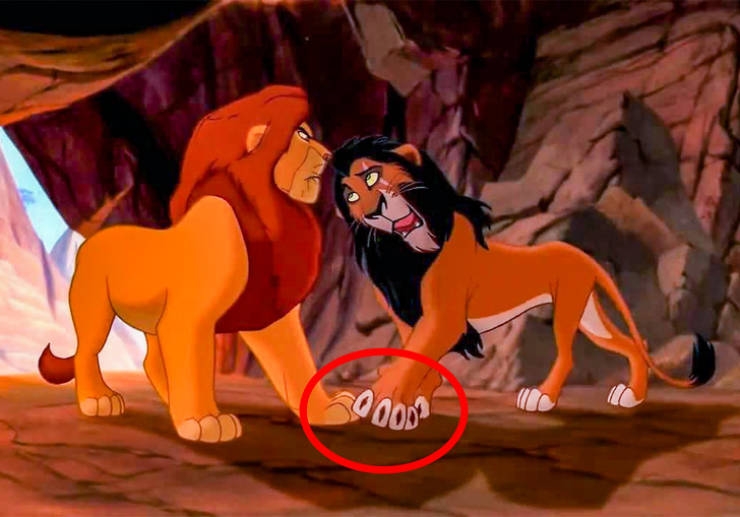 Besides the fact that Scar is the only evil lion in this cartoon, he’s also the only one with claws visible all the time. And it makes him even more evil. 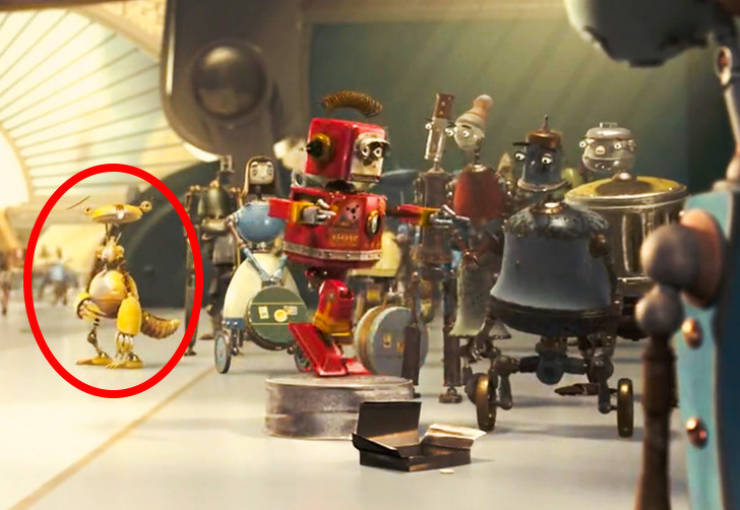 If you look closely, you can see that among the robots, there’s one who has a similar build to a famous hero from another cartoon. We’re talking about the sloth Sid from Ice Age. 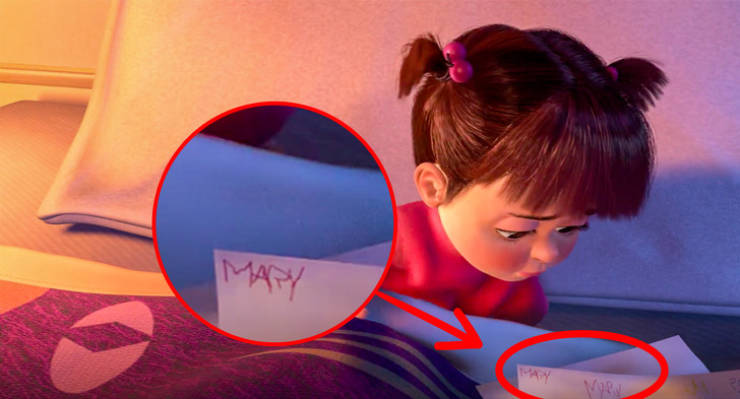 It turns out that baby Boo has a real name. If you look at the top of her drawings, you can see that they’re signed with the name, Mary. So, her name is actually Mary, although Boo sounds more familiar to us. 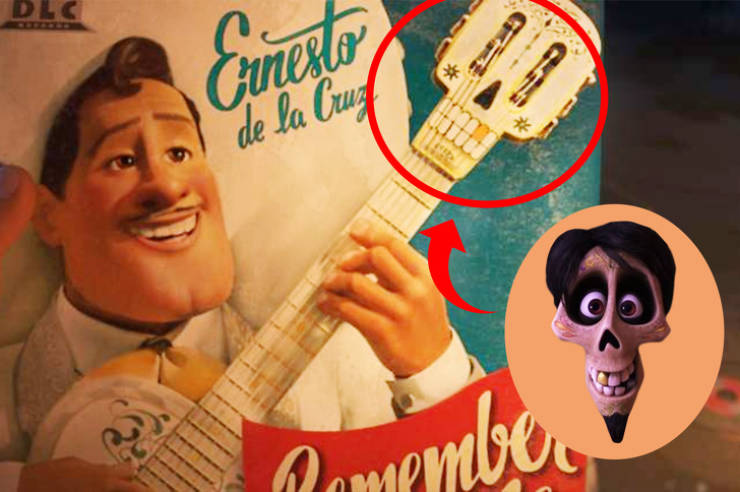 Ernesto’s guitar is very reminiscent of Hector’s face — it even has his golden tooth! This makes it more meaningful when you remember that Hector is the real owner of this guitar. 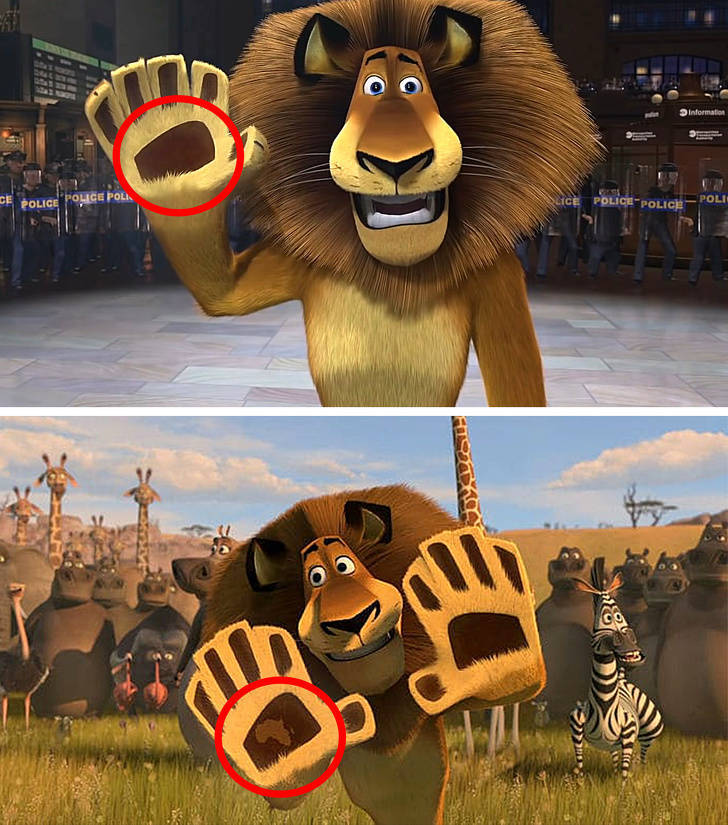 A strange thing happened to Alex the lion. In the first movie, his paws are clean but in the second one, he has a birthmark shaped like Africa. And we can only guess how this could have happened. 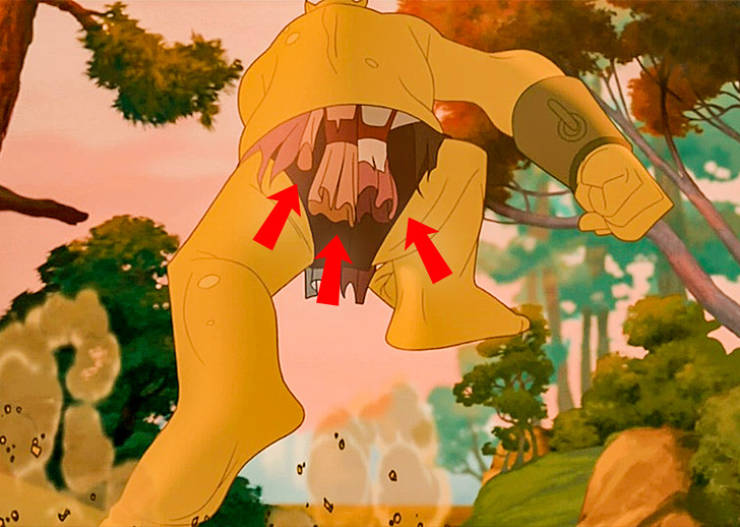 Some of the strangest things happen in this cartoon, leading many to question the role of the troll. It’s very intriguing, that he has dresses of various Disney princesses on his belt. It makes us wonder where he got them and why he attached them. 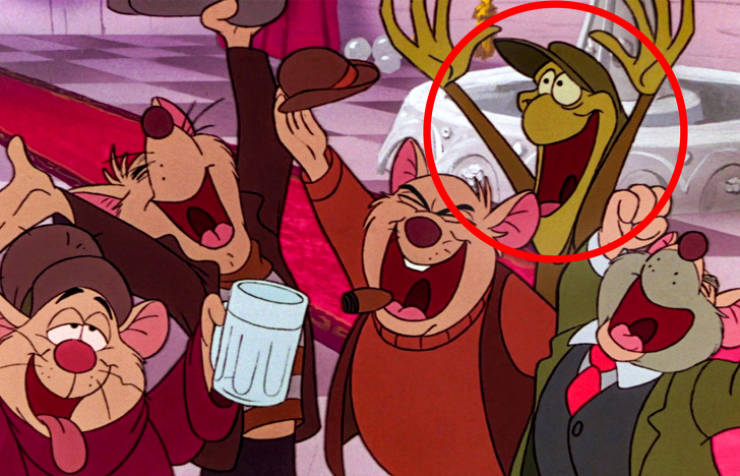 We spotted a stranger in Professor Rattigan’s gang. This is the Lizard Bill from Alice’s Adventures in Wonderland. Maybe one day other people will notice it. 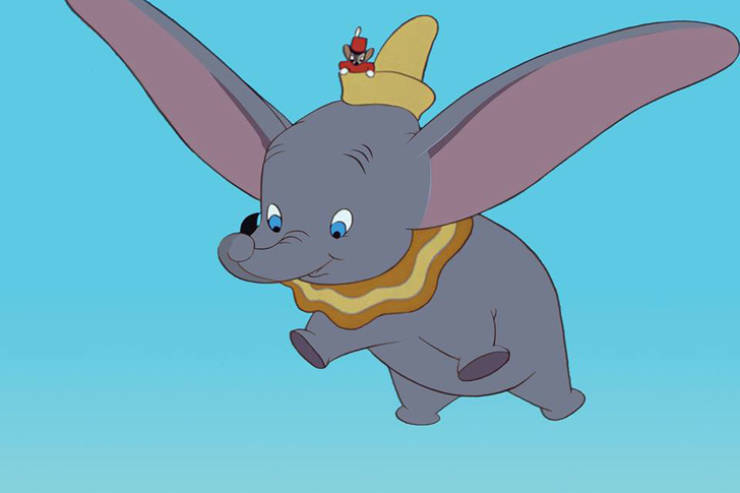 This insanely sweet little elephant with huge ears is the only protagonist in the Disney cartoons who never says a word. He was silent the whole time! 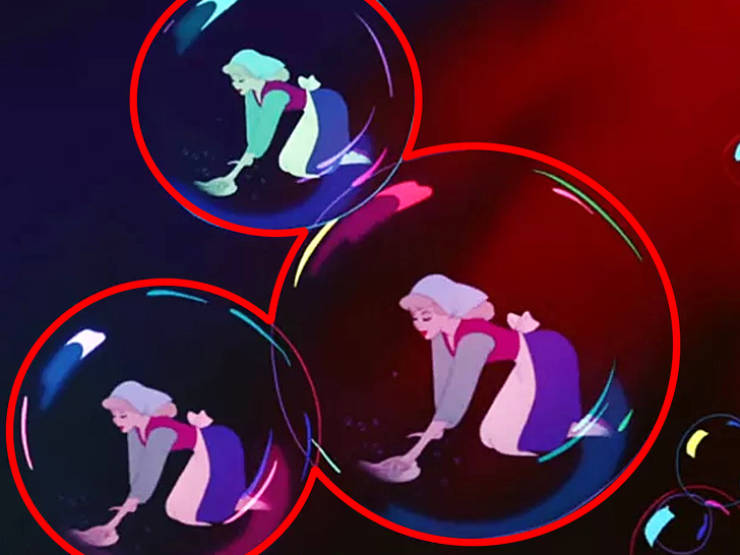 Let’s think about what we see in this picture. Cinderella and bubbles. Wait, what are the bubbles forming? Turns out, they’re forming the shape of Mickey Mouse’s head! 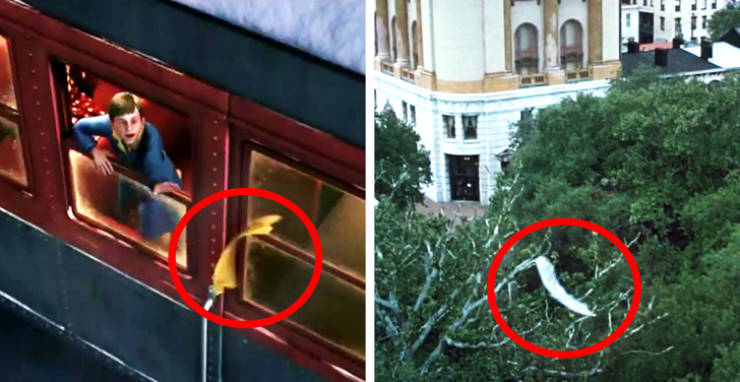 Try to remember the flying feather at the beginning of Forrest Gump. No, it wasn’t in the cartoon, The Polar Express. But the ticket here flew exactly along the same trajectory as the feather did in the film. 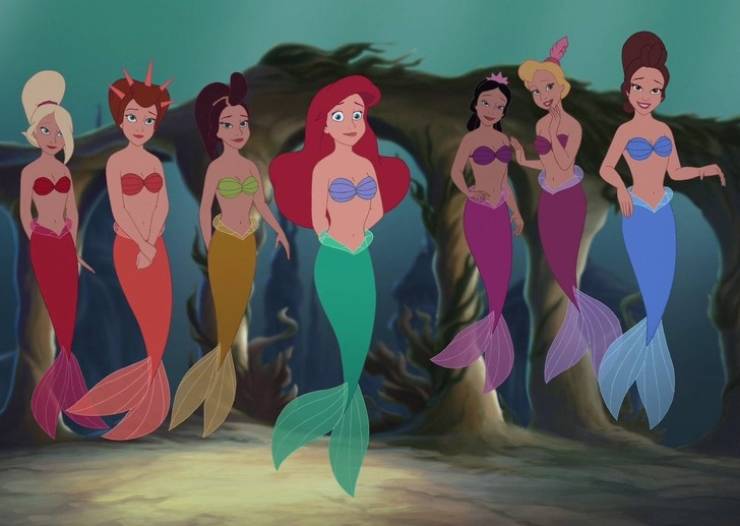 You may not have known this, but Ariel has 6 sisters and they all have names starting with A. Now, look at the picture so that we can introduce them all to you. Meet Arista, Attina, Adella, Alana, Andrina, and Aquata.