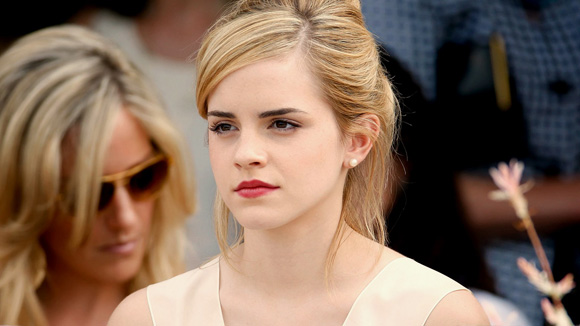 Emma appears to be the latest victim of the mass photo hacking scandal, dubbed The Fappening.

Actress Emma Watson is being threatened by hackers in the second round of The Fappening.

The stunning actress appears to be the latest victim of the mass photo hacking scandal – which has seen nude images of Jennifer Lawrence, Kaley Cuoco and allegedly Kim Kardashian leaked on social media sites.

Vile hackers have set up a new website where they say they will leak nudes of the Harry Potter star in under five days time.

An image of Emma Watson wiping away a tear appears on the site beside a digital timer which is counting down the seconds until the release.

Earlier this month, Emma jumped to the defence of her pal Jennifer Lawrence , after dozens of images showing the Hunger Games actress in various states of undress were leaked on 4Chan.

The actress tweeted : “Even worse than seeing women’s privacy violated on social media is reading the accompanying comments that show such a lack of empathy.”