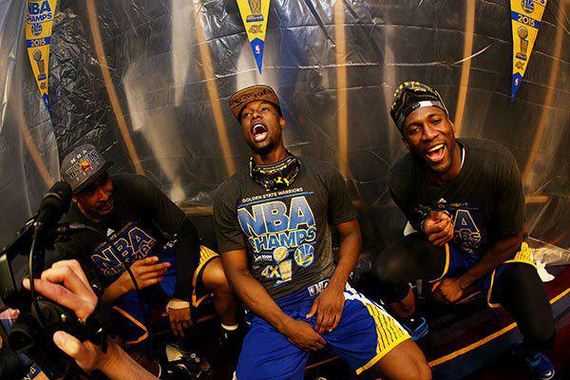 Before the Warriors snapped their 40-year playoff drought last night, Harrison Barnes – who hit a couple huge shots down the stretch – had never taken a sip of alcohol in his life. No shade on him, he was working on other shit, like becoming a professional athlete making multiple millions of dollars each year. When asked if he would forsake his abstention if they won before the game, he had an appropriate response.

Once Golden State actually claimed the championship, Barnes had what we imagine was the sweetest first sip of alcohol ever. And then many other sips after that. Welcome to the club, Harrison. 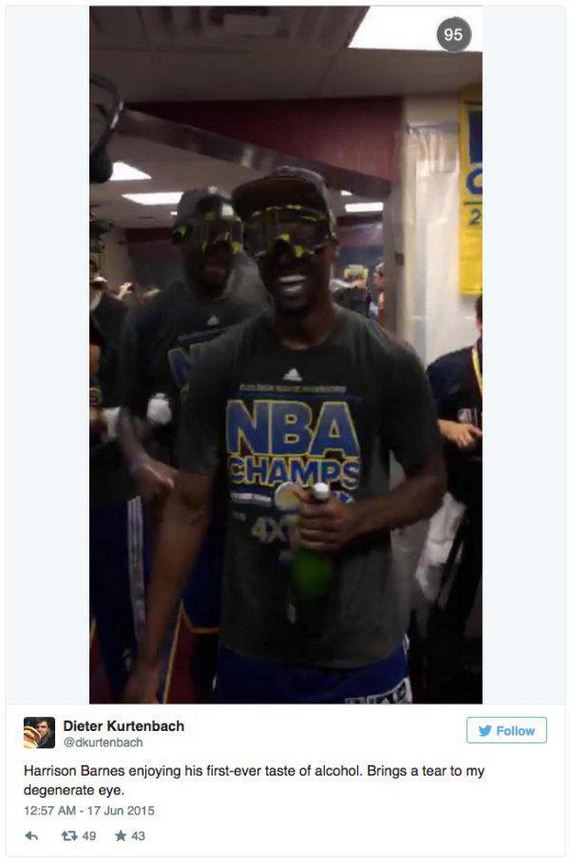 Previous The St. Louis Cardinals Are Being Investigated by the FBI
Next European drinking games for when beer pong finally gets old