A makeshift Steve Jobs memorial at the Apple Store in SOHO New York. 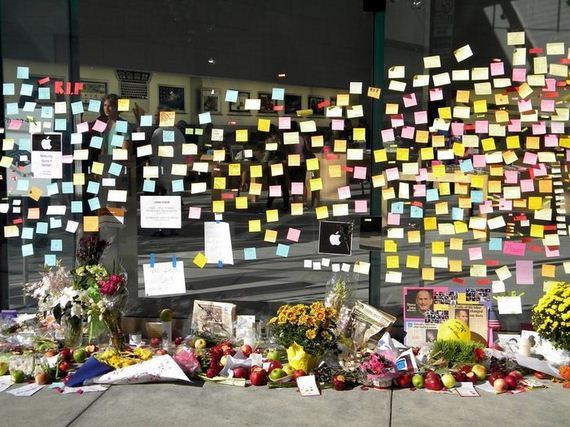 Cars are abandoned on Chicago’s Lake Shore Drive during the “Snowpocalypse” in February. 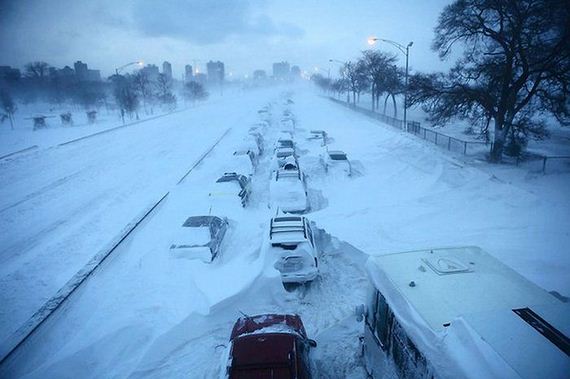 Facebook played an extremely important role in the uprisings throughout the Middle East. 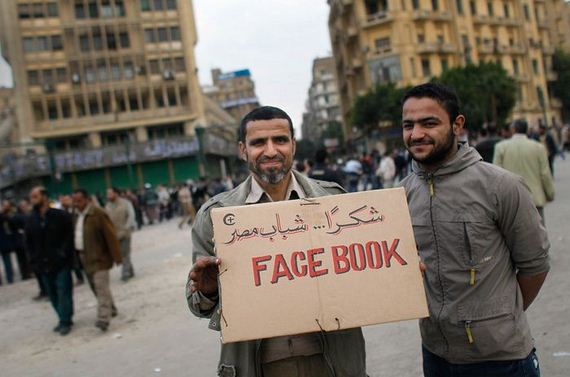 84-year-old Dorli Rainey was pepper sprayed during a peaceful march in Seattle, Washington. She would have been thrown to the ground and trampled, but luckily a fellow protester and Iraq vet was there to save her. 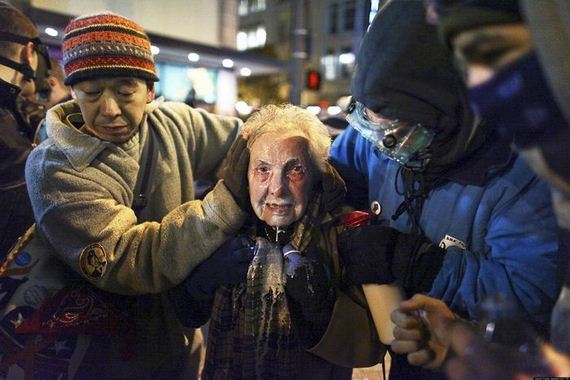 Australian Scott Jones kisses his Canadian girlfriend Alex Thomas after she was knocked to the ground by a police officer’s riot shield in Vancouver, British Columbia. Canadians rioted after the Vancouver Canucks lost the Stanley Cup to the Boston Bruins. 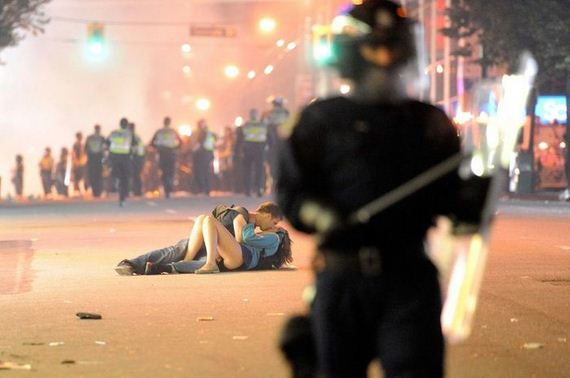 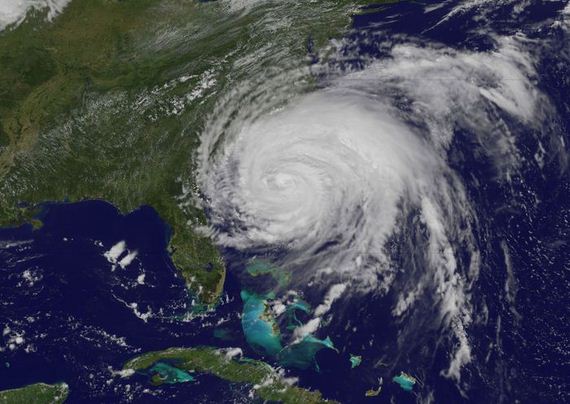 Billy Stinson comforts his daughter Erin Stinson as they sit on the steps where their cottage once stood on August 28 in Nags Head, N.C. The cottage, built in 1903 and destroyed by Hurricane Irene, was one of the first vacation cottages built on Albemarle Sound in Nags Head. 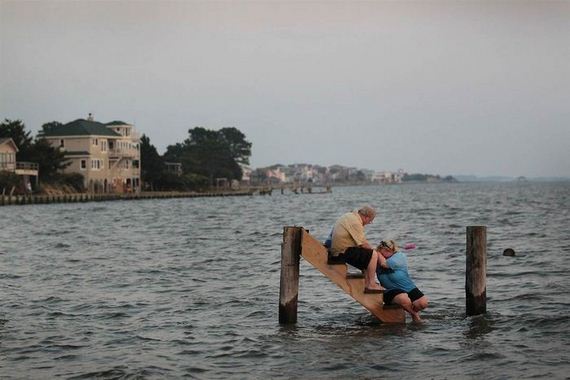 Flowers and tributes are seen outside the home of Amy Winehouse in London on July 24. 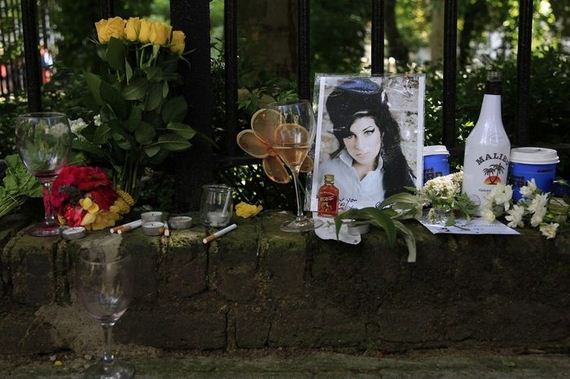 Office workers gather on the sidewalk in downtown Washington, D.C., moments after a 5.9-magnitude earthquake shook the nation’s capital. The earthquake was centered northwest of Richmond, Va., but could be felt from North Carolina to Massachusetts. 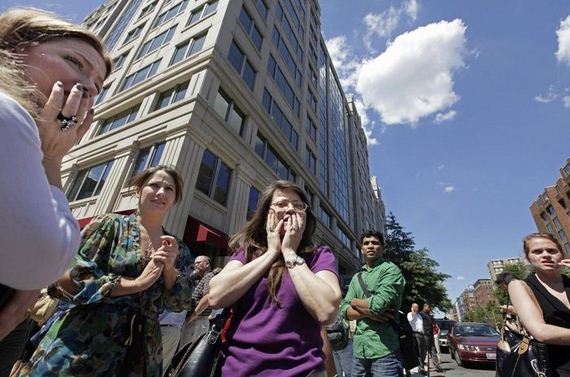 Mihag Gedi Farah, a seven-month-old child, is held by his mother in a field hospital of the International Rescue Committee in the town of Dadaab, Kenya. The baby has since made a full recovery. 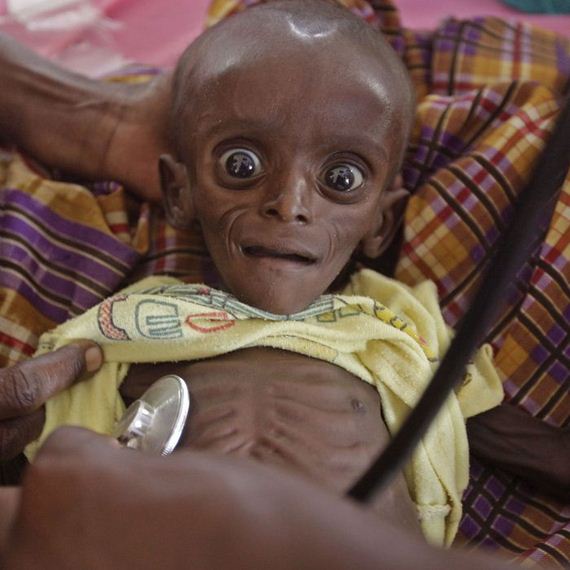 A woman jumps from a burning building during the London riots in August. 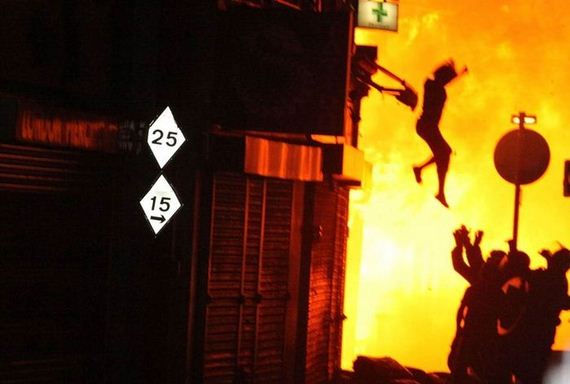 Office workers look for a way out of a high rise building in central Christchurch, New Zeland on February 22. A strong earthquake killed at least 180 people. 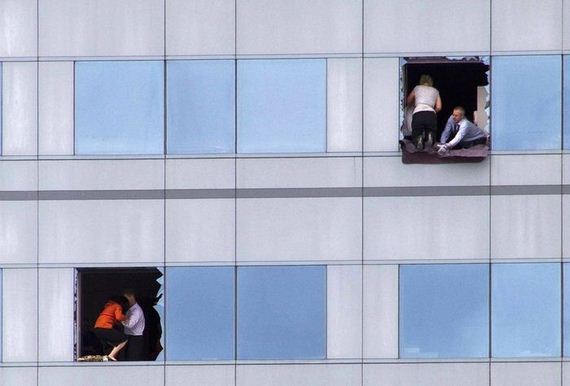 A woman cries while sitting on a road amid the destroyed city of Natori, Miyagi Prefecture in northern Japan after the massive earthquake and tsunami. 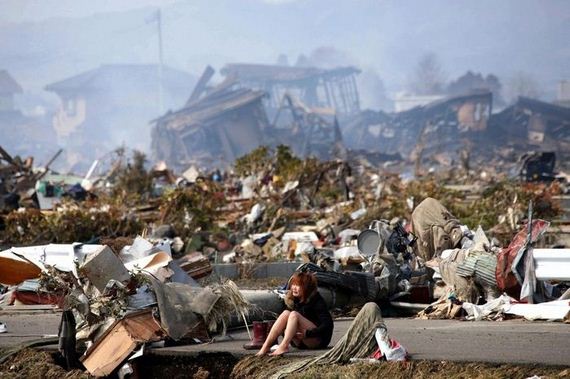 A demonstrator shows his bottom to riot police during a protest by European workers and trade union representatives to demand better job protection in the European Union countries in Brussels on March 24. 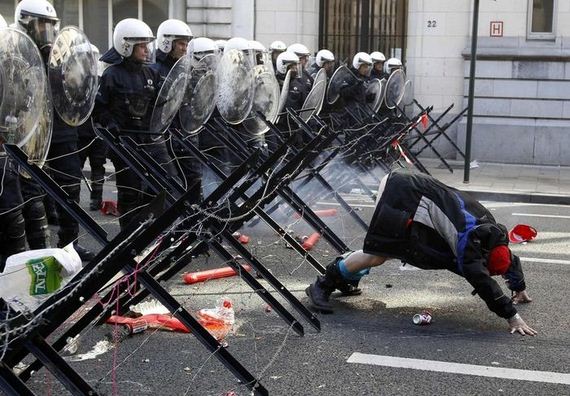 A woman rebel fighter supporter fires an AK-47 rifle as she reacts to the news of the withdrawal of Libyan leader Muammar Gaddafi’s forces from Benghazi on March 19. 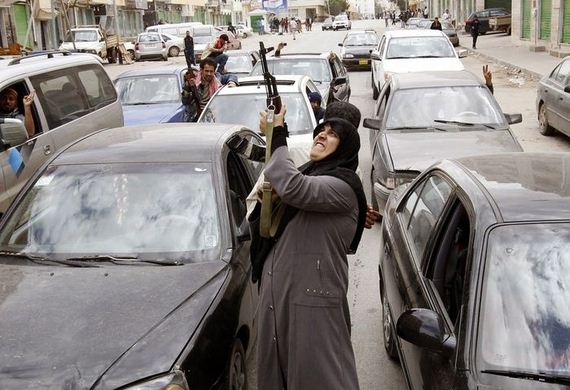 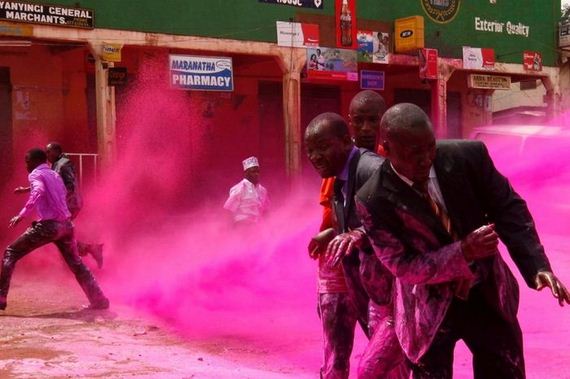 A student is punched in the face by a police officer in Chile. Students in Chile are demanding a new framework for education. 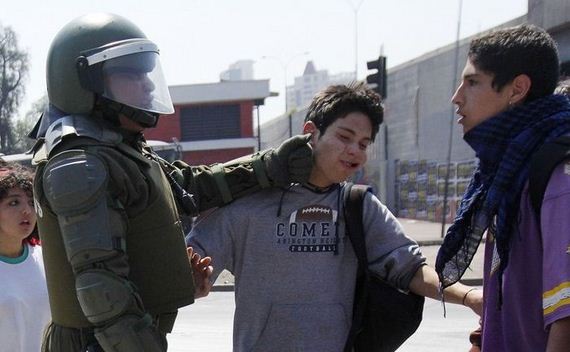 An aid worker using an iPad captures an image of a dead cow’s decomposing carcass in Wajir near the Kenya-Somalia border on July 23. 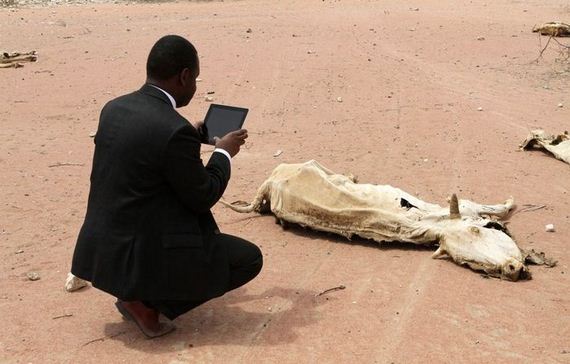 A Libyan rebel is pictured with Gadhafi’s golden gun. 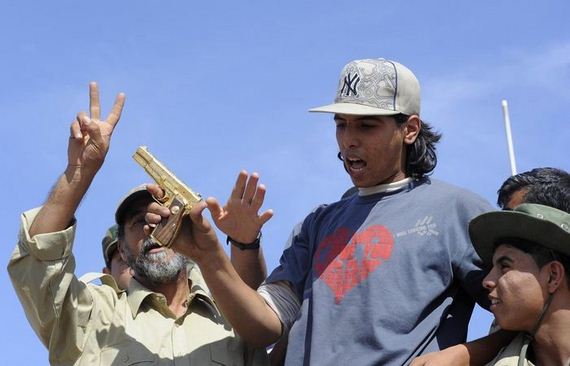 Harold Camping speaks about the end of the world. The world was supposed to end on May 22 of this year. 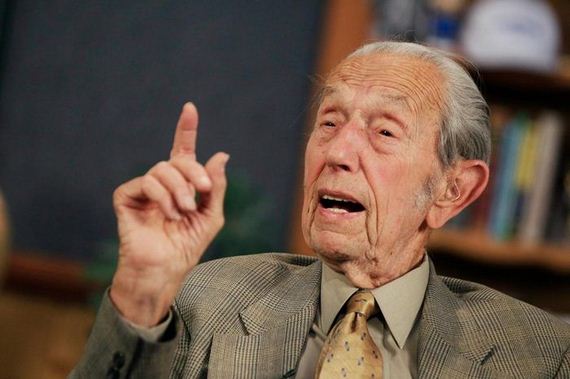