Robert Peraza, who lost his son Robert David Peraza in 9/11, pauses at his son’s name at the North Pool of the 9/11 Memorial. 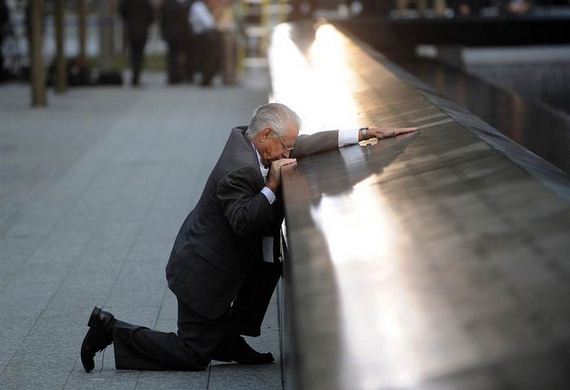 A whirpool forms off the Japanese coast after the tsunami on March 11. 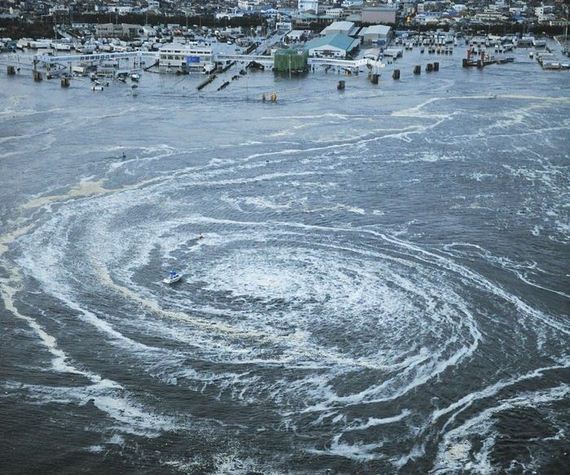 This sightseeing boat, Hama Yuri, was pulled 1300 feet from the coast and somehow balanced itself on a two story house during the tsunami in Japan. 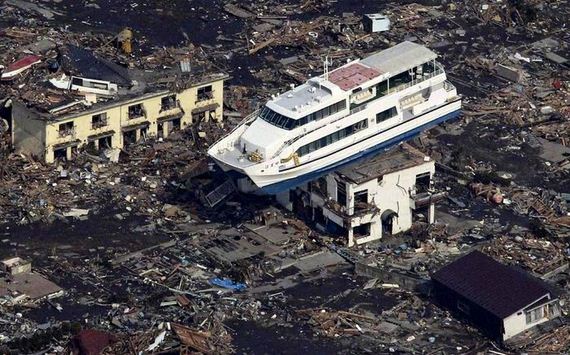 Members of the national security team receive an update on the mission against Osama bin Laden in the Situation Room of the White House on May 1. 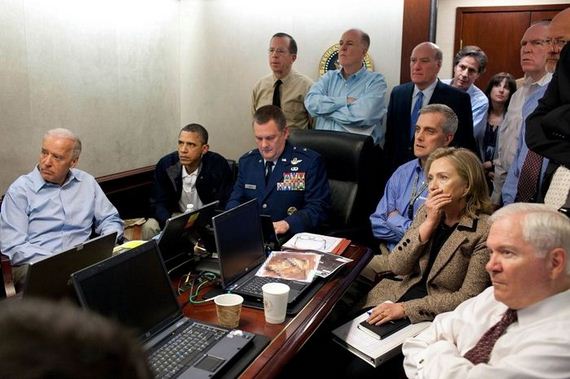 Two lights from the former site of the World Trade Centers shine for the 10th anniversary of 9/11. 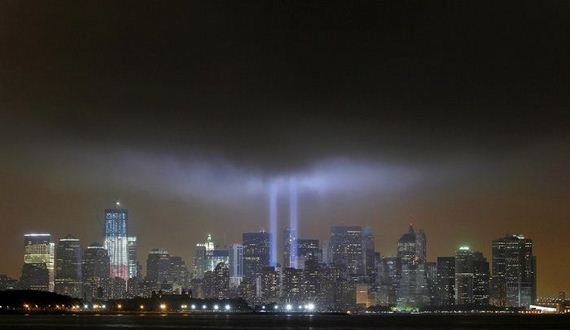 Phyllis Siegel, 76, left, and Connie Kopelov, 84, both of New York, embrace after becoming the first samex couple to get married at the Manhattan City Clerk’s office. 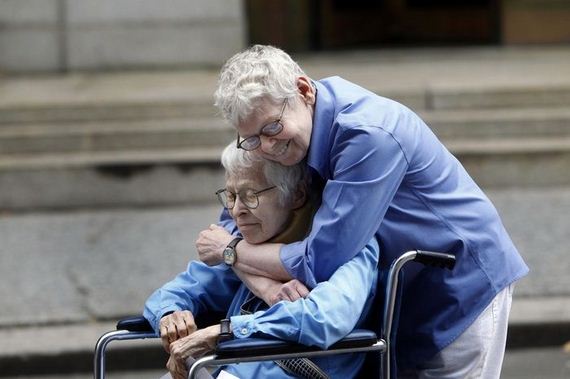 A protester gets sprayed in the face with pepper spray at an Occupy Portland protest. (Randy L. Rasmussen/The Oregonian) 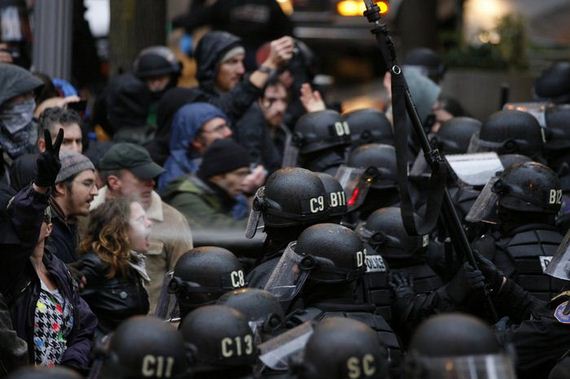 A before and after shot of Joplin, Missouri after a massive tornado on May 22. 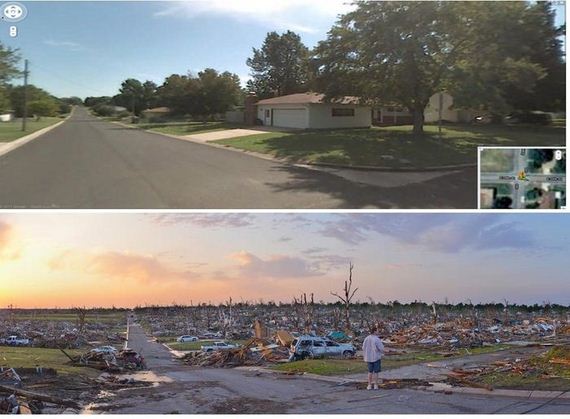 Friends and loved ones gather at the Oslo cathedral to mourn 93 victims killed in twin terror attacks from a bombing in downtown Oslo and a mass shooting on Utoya island on July 24. 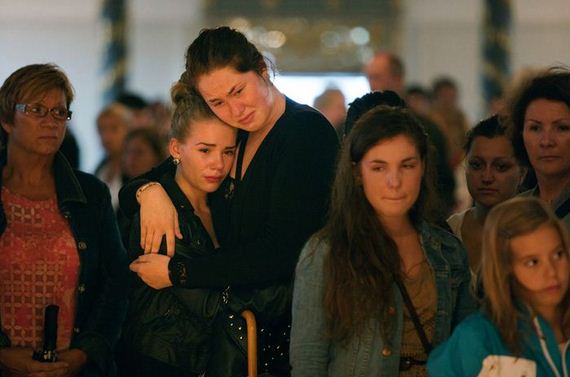 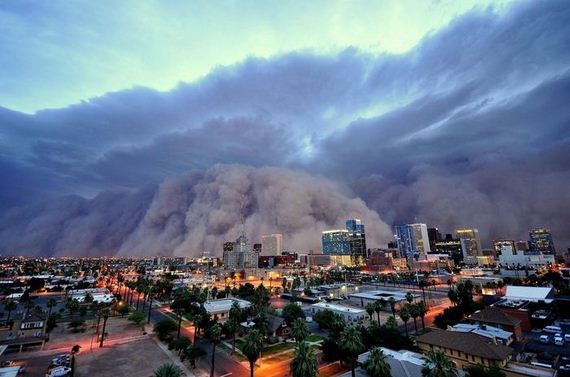 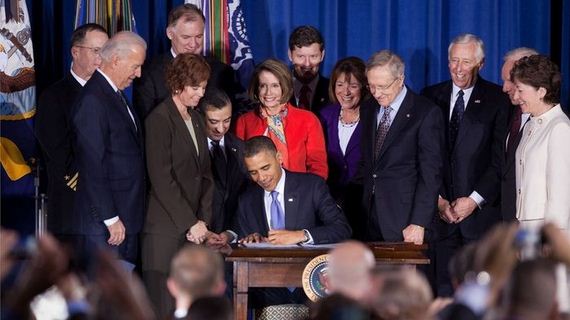 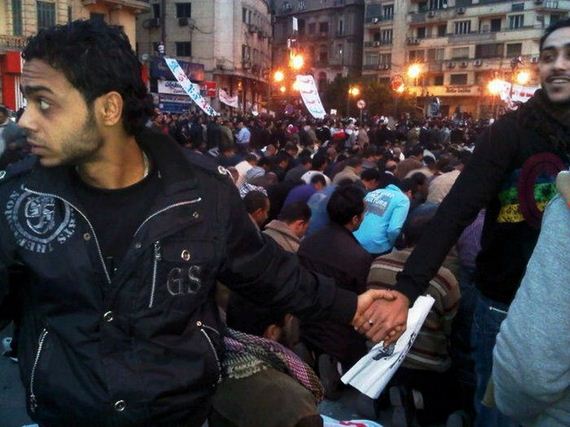 An aerial shot of the damage immediately following the Japanese tsunami. 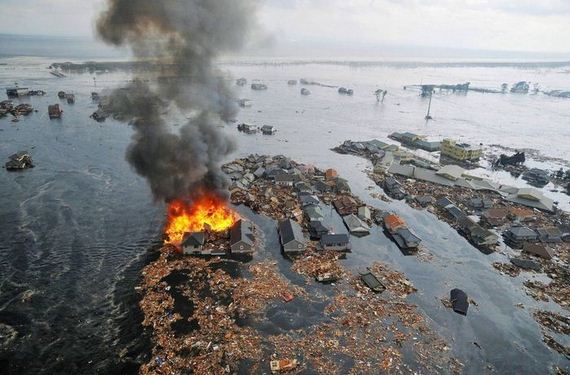 A girl in isolation for radiation screening looks at her dog through a window in Nihonmatsu, Japan on March 14. 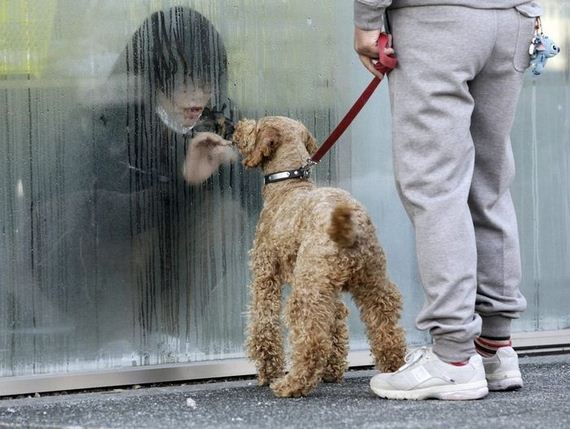 A man sits in front of a destroyed apartment building following the Joplin, Missouri tornado. (Reuters) 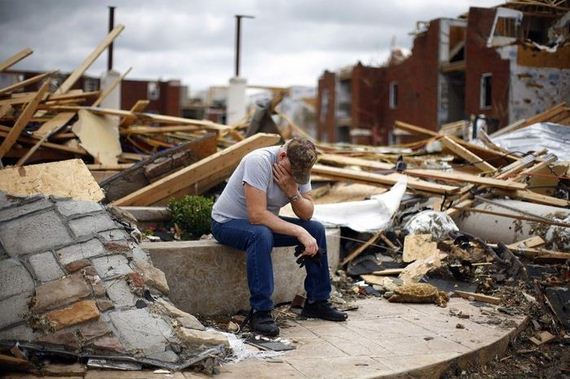 A University of California Davis police officer pepper-sprays students during their sit-in at an “Occupy UCD” demonstration in Davis, California. (Jasna Hodzic) 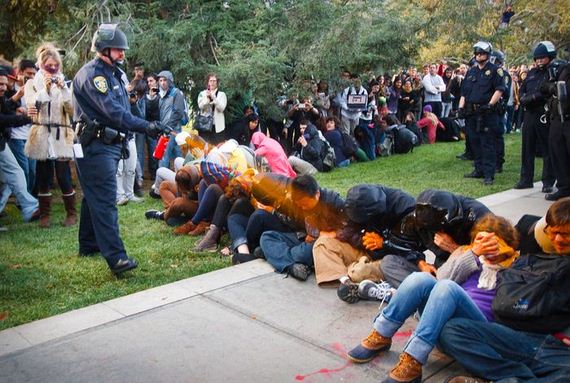 A mother comforts her son in Concord, Alabama, near his house which was completely destroyed by a tornado in April. 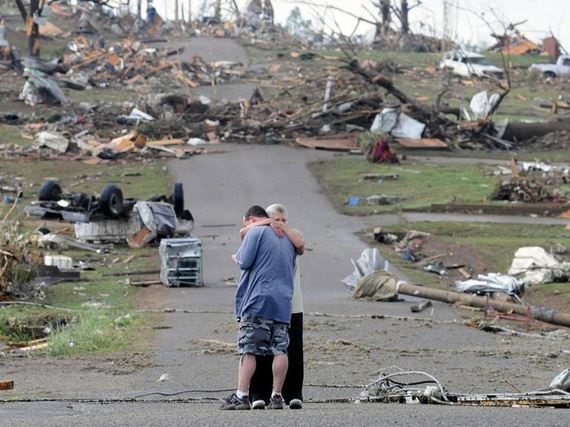 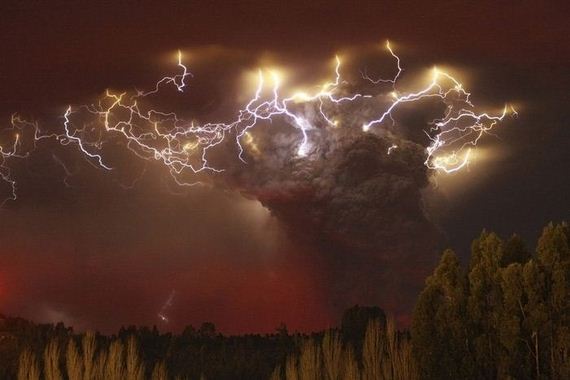 Firefighters of Ladder Company 4 — which lost seven men on 9/11 — perched together on their aerial ladder, watching a news bulletin in Times Square declaring that Osama bin Laden was dead on May 2. 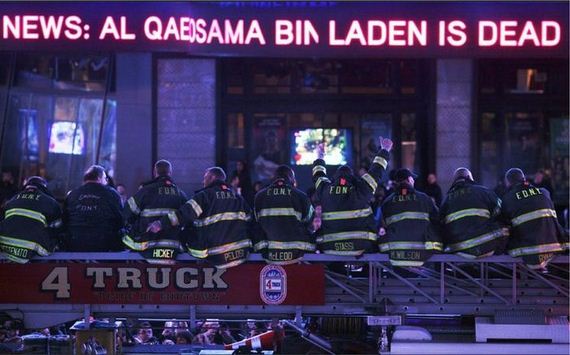 Slain Navy SEAL Jon Tumilson’s dog “Hawkeye” lays next to his casket during funeral services in Rockford, Iowa. Tumilson was one of 30 American soldiers killed in Afghanistan on August 6 when their helicopter was shot down during a mission to help fellow troops who had come under fire. 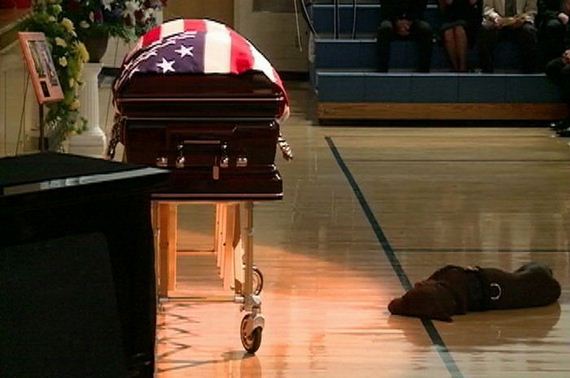