What The Hell Am I Looking At Here?!

“This is a on gate blocking road access to some cell towers. Why so many locks, and how would someone even open it?” 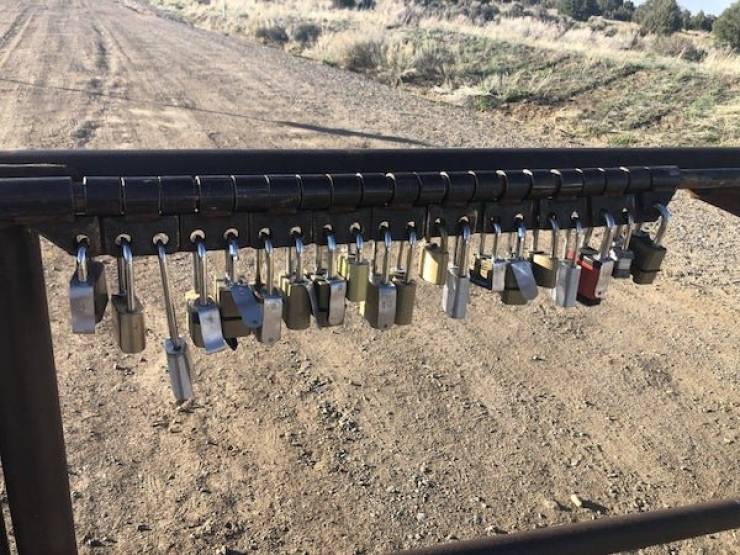 A: “You can open the gate by unlocking only one padlock. The way it’s designed means that multiple people can use the gate, and if one person loses their keys, only their padlock needs replaced. As opposed to one padlock with many keys, you’d need to give tons of people the new key.”

“Found on my driveway. The RCMP arrested my neighbour last night; could it be related to that?” 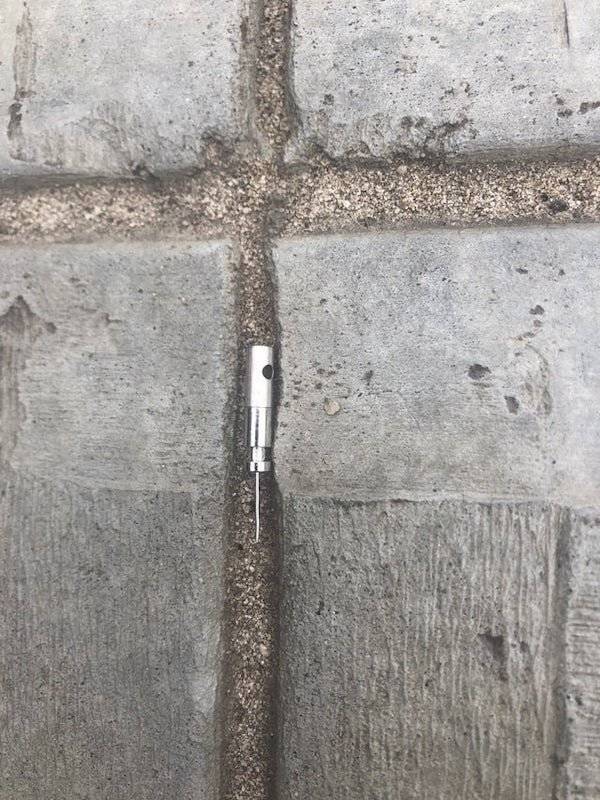 “What are these? Some type of liquid candy or juice or what?” 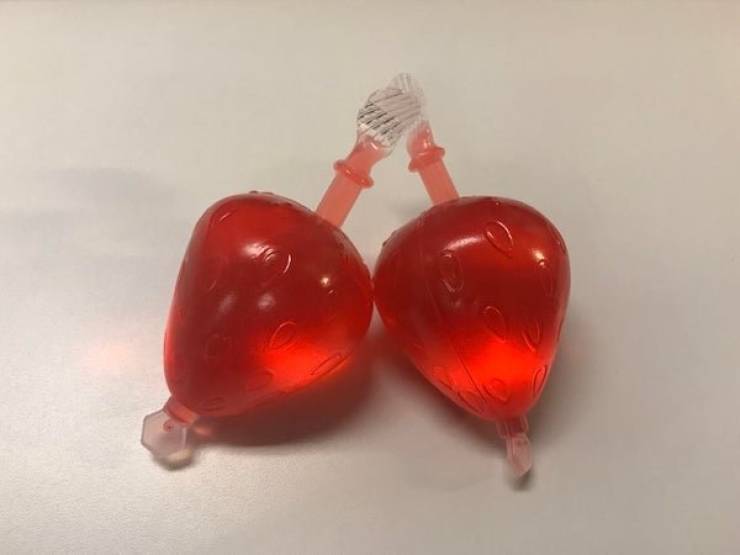 A: “In Australia they are full of jelly that are flavoured like the fruit they are in.”

“I found in a handbag? It’s made of metal, and both balls are glued fast. The bar moves. The 4 ends are not rounded, just clipped.” 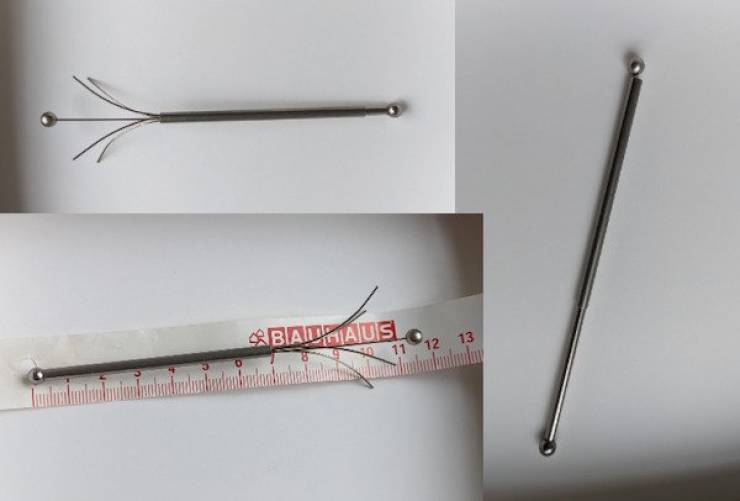 A: “Ladies used to use small whisks to degas carbonated drinks. Guess burping is not ladylike. Also used to degas wine, probably to make it more quickly drinkable after bottle opening.”

“Husband has this in his collection but no idea what its intended purpose is, other than being an axe(?)” 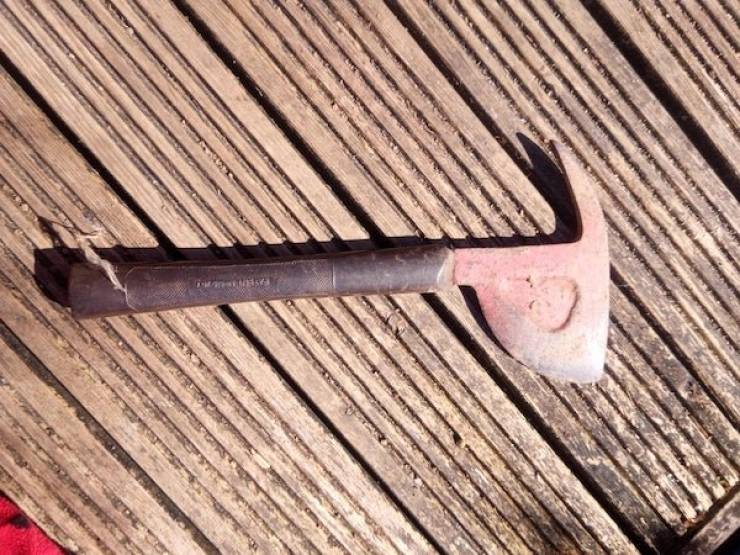 A: “That’s an aircraft crash-axe. Typically mounted to a bulkhead in cargo aircraft.”

“What are these 7 weird screws with geometrical shapes on their heads? No one in the house has any idea where they come from.” 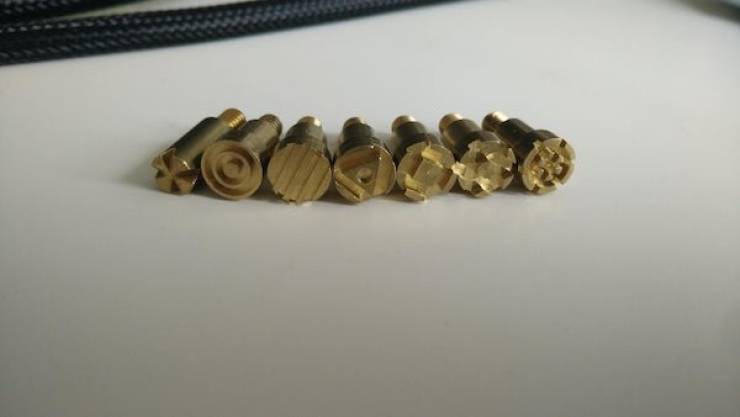 “Small scoop with alligator clip as the handle. Found it cleaning out the kitchen.” 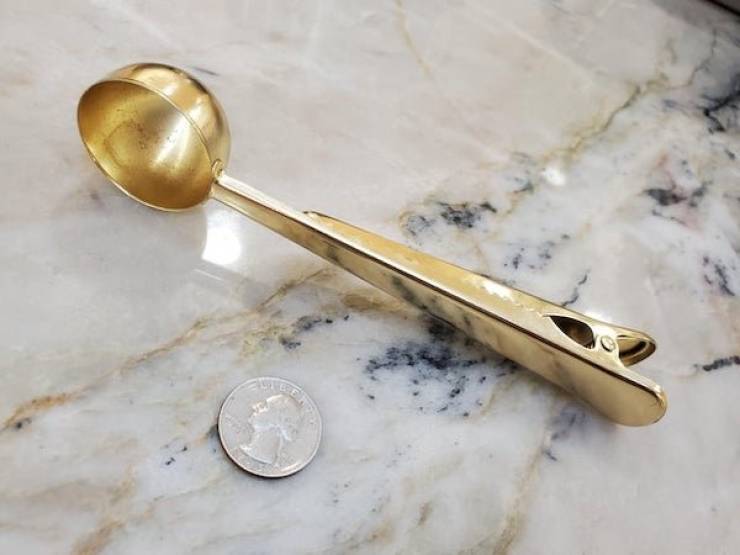 A: “Coffee scoop with bag clip for coffee bag…”

“What is this small (4.5”) solid plastic tool I found in our old family cottage’s kitchen drawer?” 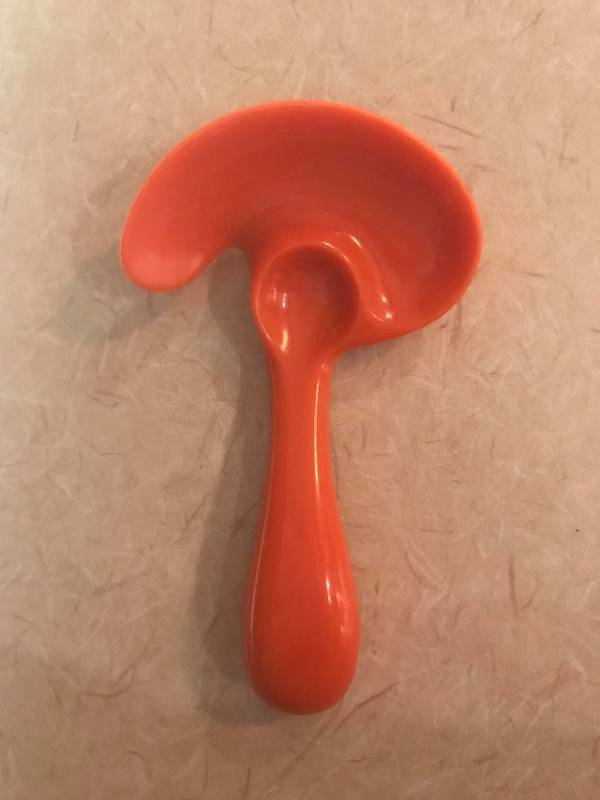 “What is this black knob thing on the armrest of an amtrak train seat? It moves when pulled” 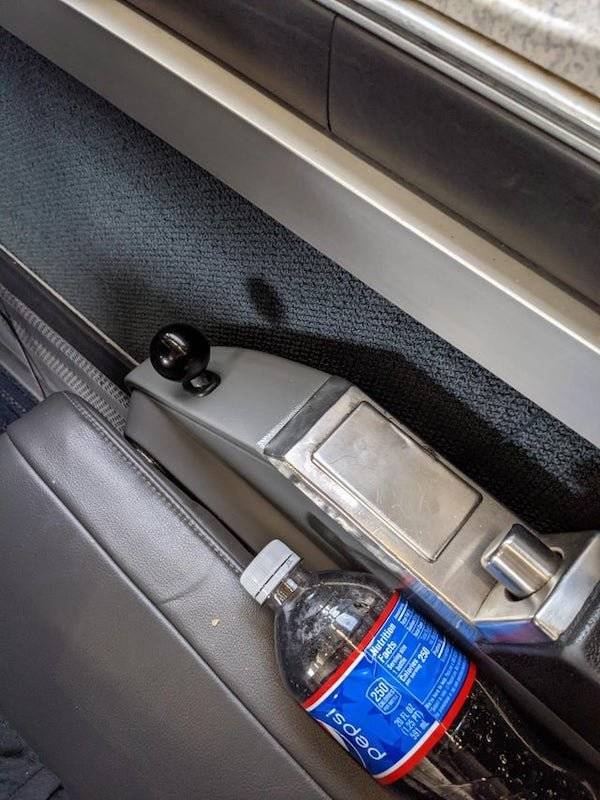 A: “It has to do with a leg rest. There is also a leg rest that pops up from under your seat. This is done by the black round plastic knob by the arm rest.”

“On the freeway. Government plates, has another similar colored sprinter van behind it.” 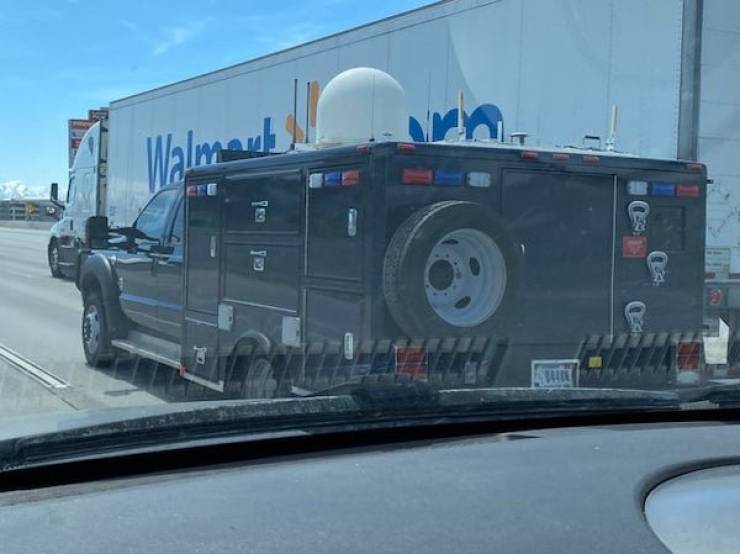 “A strange growth(?) found in hollow stump in a forest in Ontario, Canada.” 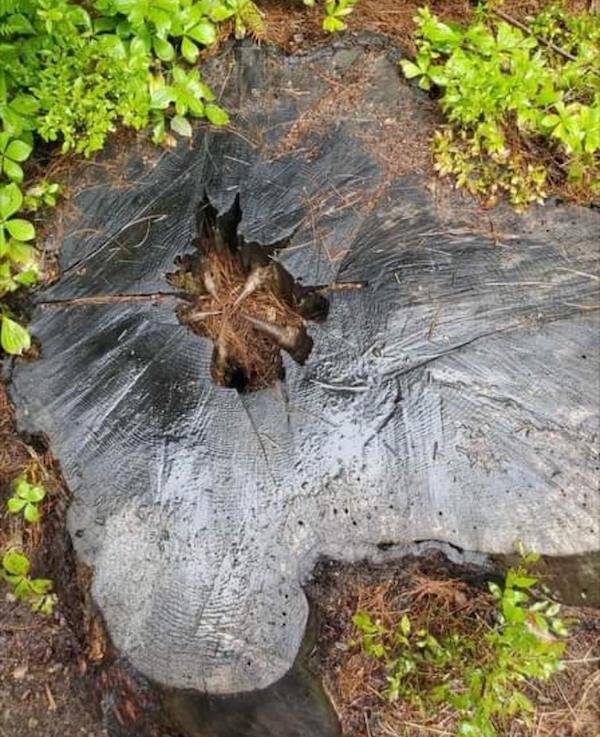 A: “Those are the limbs from the tree. The branches are more dense than the trunk and rot slower. (Or maybe the grain makes this so) No strange growth, just rotting at different rates. Fairly common.”

“Found this in a tidal pool as a kid, has a clam or something inside of it.” 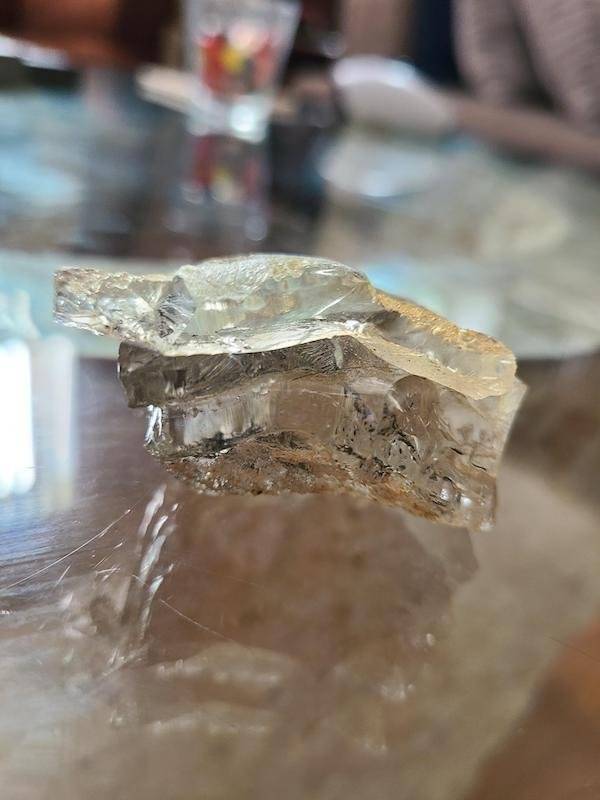 A: “It is melted glass bottles from a camp fire”

“A “Check Draft” plate in an old home” 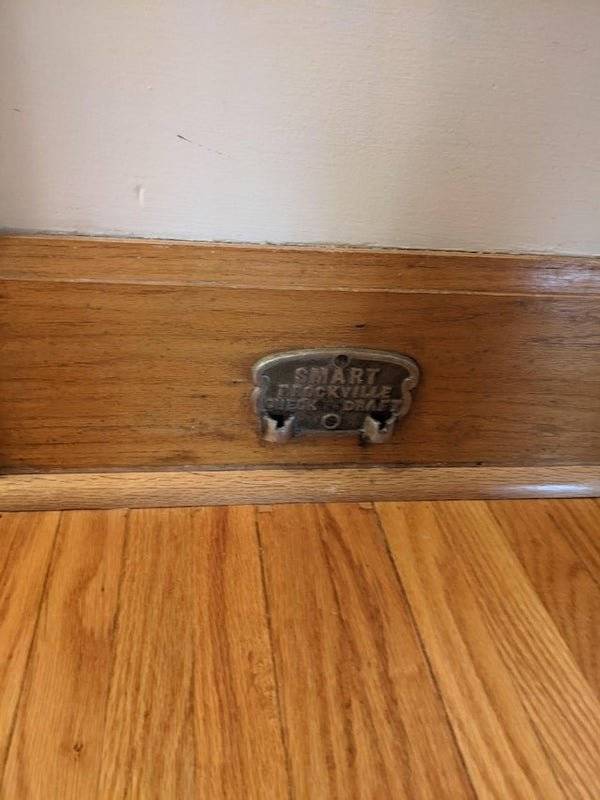 A: “They are 100% for controlling draft and damper on a wood or coal furnace in the basement. We had that in our farmhouse and we kept the furnace front and this “control panel” when we replaced it with an oil furnace.”

“Clear plastic ball in the garden with something inside.” 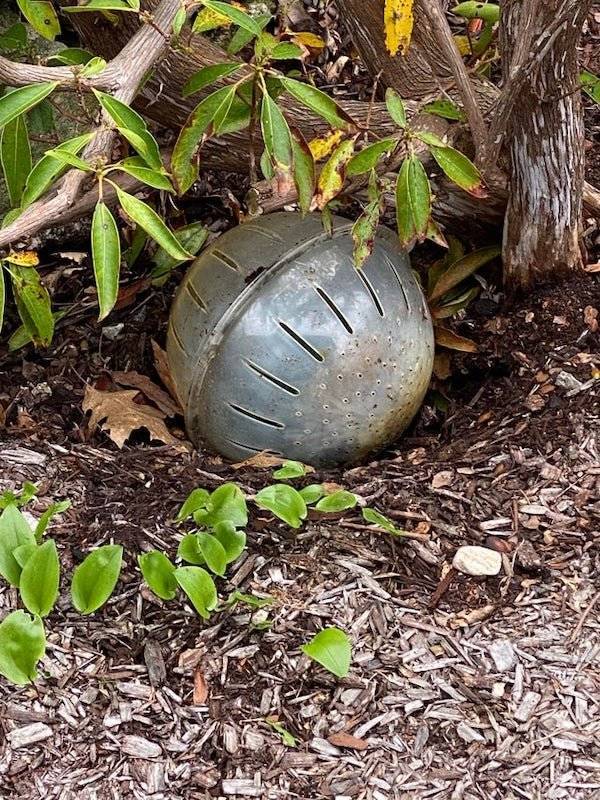 A: “This is not a hamster ball as everyone is saying. It has a big rim that would make it difficult to roll in a straight line.”

“What is this hinged flap at the bottom of each section of screened porch on a 120-year-old house in Georgia (USA)?” 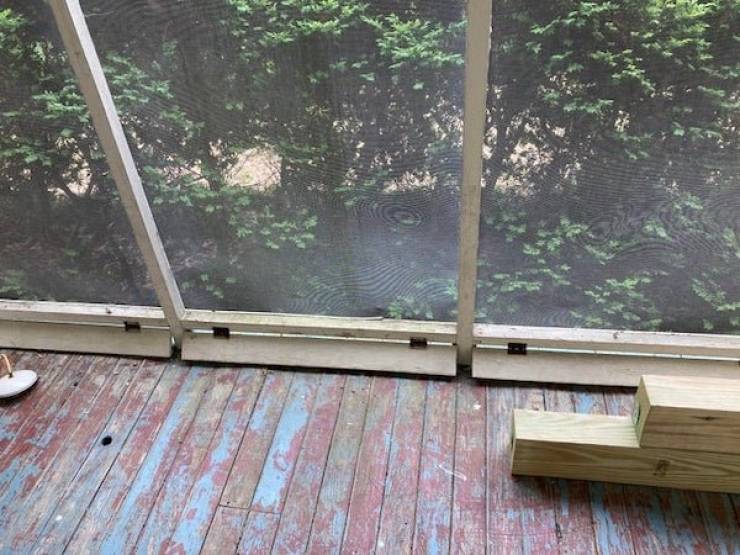 A: “Covered scuppers or in this case, sweepouts. The covers allow you to open them inward and upward with your foot, then sweep out dirt/water. Gravity or a spring closes sweepout door after you move your foot so no critters (mosquitoes, small bears etc.) get in.”

“Hello all, just purchased a house and this white stuff is all over the wall in the wine cellar in the basement. Any idea what this is?” 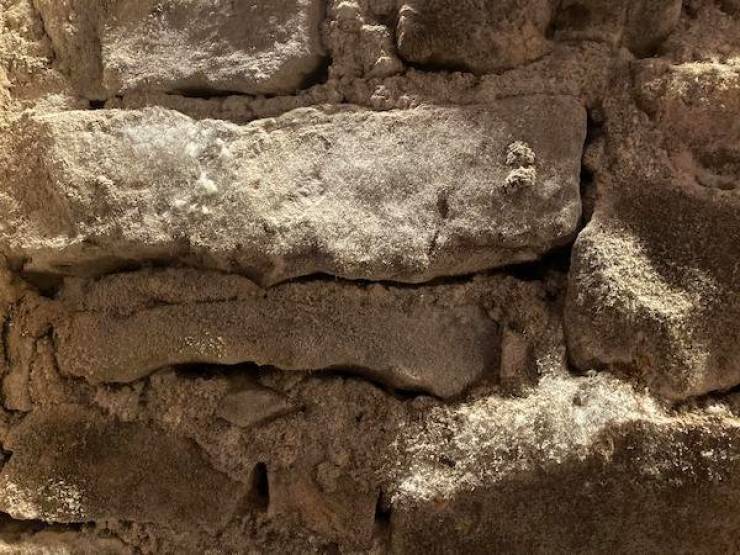 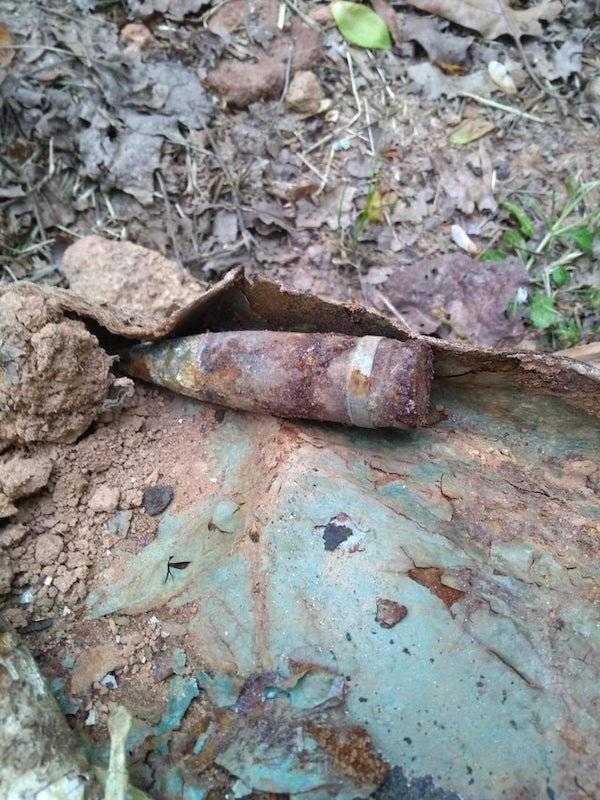 “Pair of Identical Cast Iron panels, found in our shed when we moved house” 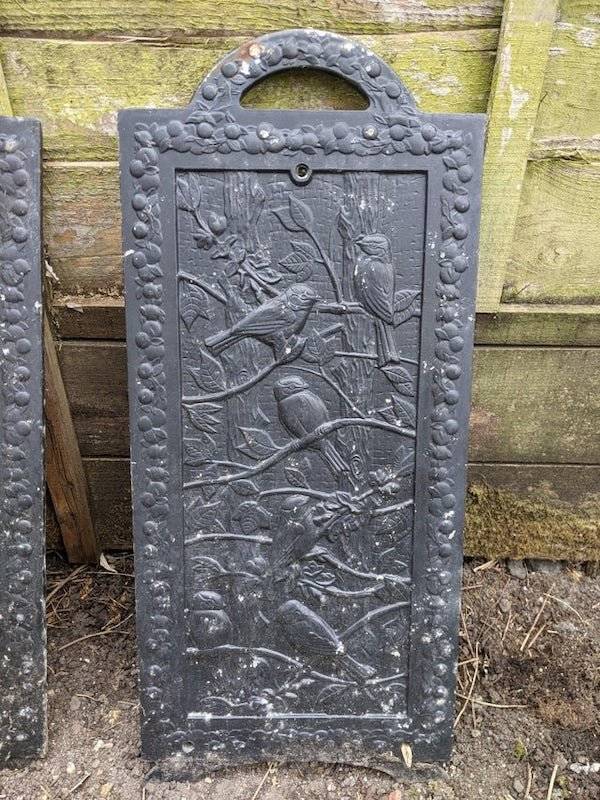 A: “I live in bucks county PA. We have a museum where this guy collected a ton of s@#t. Mercer was his last name. The museum has rooms of these. They were used as decorative plates for different cast iron stoves, heaters etc.”

“Found this in my bathroom in Germany…” 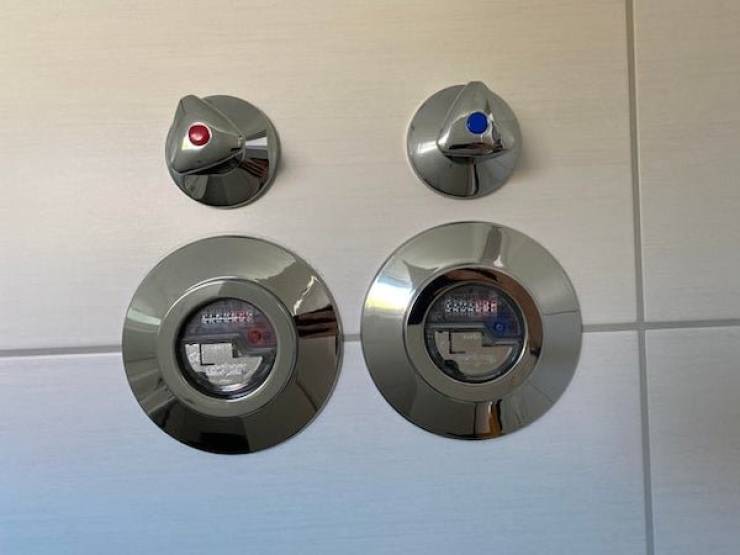 A: “It looks like they are meters that show how much hot and cold water has been used. I don’t know why your meter it that way”

“What is this lamp outside my Scandinavian house? There’s also one on the front of the house.” 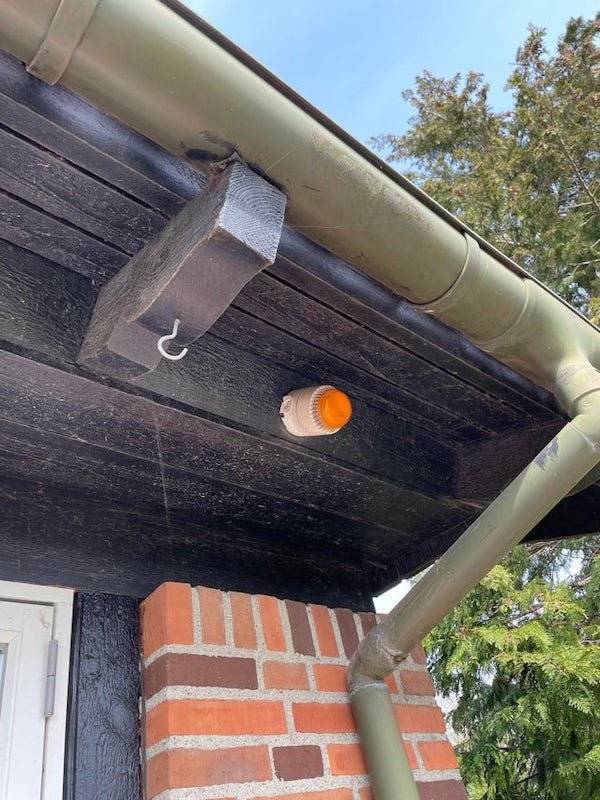 “Found this today while cleaning out my grandparents house after they died. The entire box is ~110cm long. My grandpa his name is engraved on the metal tube. But that is it? I’m very curious!” 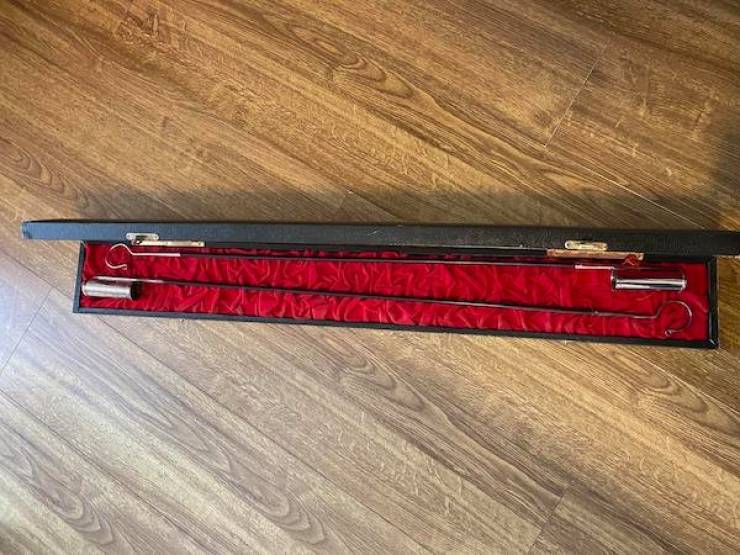